Director Kathryn Bigelow is best known these days as the rightfully award-fêted filmmaker of two excellent modern wartime pictures, THE HURT LOCKER and ZERO DARK THIRTY.  But like so many prestigious A-listers, she started out as a genre storyteller.  Her first film, THE LOVELESS, was a biker picture starring Willem Dafoe.  And her second feature, hatched with screenwriter Eric Red, was NEAR DARK. 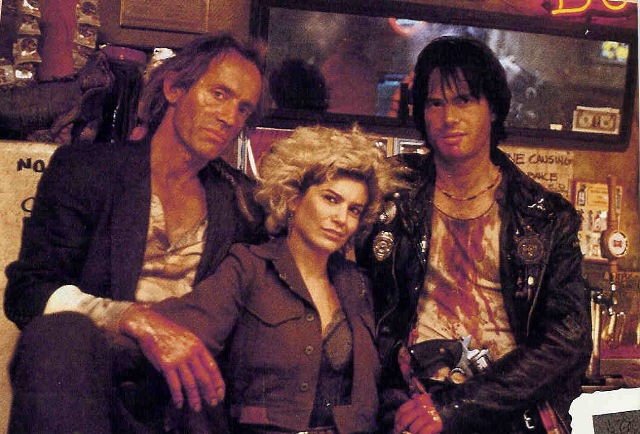 Mae’s people travel the country in an RV with blacked-out windows.  Their paterfamilias is named Jesse Hooker and he’s played by the redoubtable Lance Henriksen.  The imposing mother figure is Diamondback (Jenette Goldstein), and the youngest, Homer (Joshua John Miller), may look like a sweet boy, but he’s been around as long as any of them.  Actually strike that — he doesn’t look all that sweet.  In 1987 he’d remind an audience most of the paperboy from BETTER OFF DEAD… — a great case of a kid playing a villainous type.  Not for nothing, but Joshua John Miller is the son of Jason Miller, star of THE EXORCIST.

Anyway, this is all leaving out the best vampire character, who is Severen, who is played by Bill Paxton in full charming-asshole mode.  Severen is all hillbilly-swagger; he’s the life of the party right before he kills everybody at the party.  Severen is the main proponent of killing Caleb, particularly because unlike the rest, Caleb refuses to kill anyone to prolong his vampiric life, but Mae convinces Jesse to give Caleb a trial period. 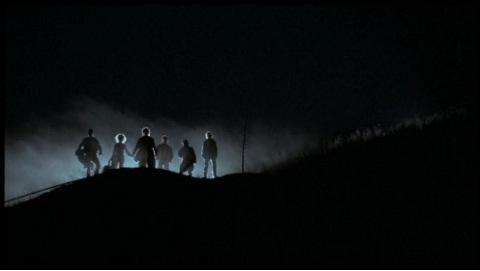 Let’s talk about what distinguishes NEAR DARK, which is a lot.  First of all, it’s a vampire film with Western elements.  It seems to be set in contemporary times, but Jesse Hooker and his bunch have been around for centuries, and they most certainly do have a Sam Peckinpah flair.  There are not many horror Westerns.  It’d ruin the end of HIGH PLAINS DRIFTER if I told you it was one example.  How about JESSE JAMES MEETS FRANKENSTEIN’S DAUGHTER?  THE TOWN THAT DREADED SUNDOWN, kind of.  TREMORS, maybe.  Then there is John Carpenter’s VAMPIRES.  THE WRAITH, arguably. FROM DUSK TILL DAWN.  RAVENOUS.  A 2008 movie called THE BURROWERS.  And this year’s GALLOW-WALKERS, a Wesley Snipes vehicle which I haven’t seen as of yet but you can be sure that I will.  Regardless, NEAR DARK predates nearly all of these movies.  It’s the one that feels most like a Western, HIGH PLAINS DRIFTER aside.  It’s “high noon at midnight”, to steal a phrase I’ve used elsewhere. NEAR DARK isn’t as famous as it might be, but it has influenced subsequent practitioners of horror and subsequent practitioners of Westerns alike — I promise you that both Joss Whedon (Buffy) and Garth Ennis (Preacher) have seen this film. 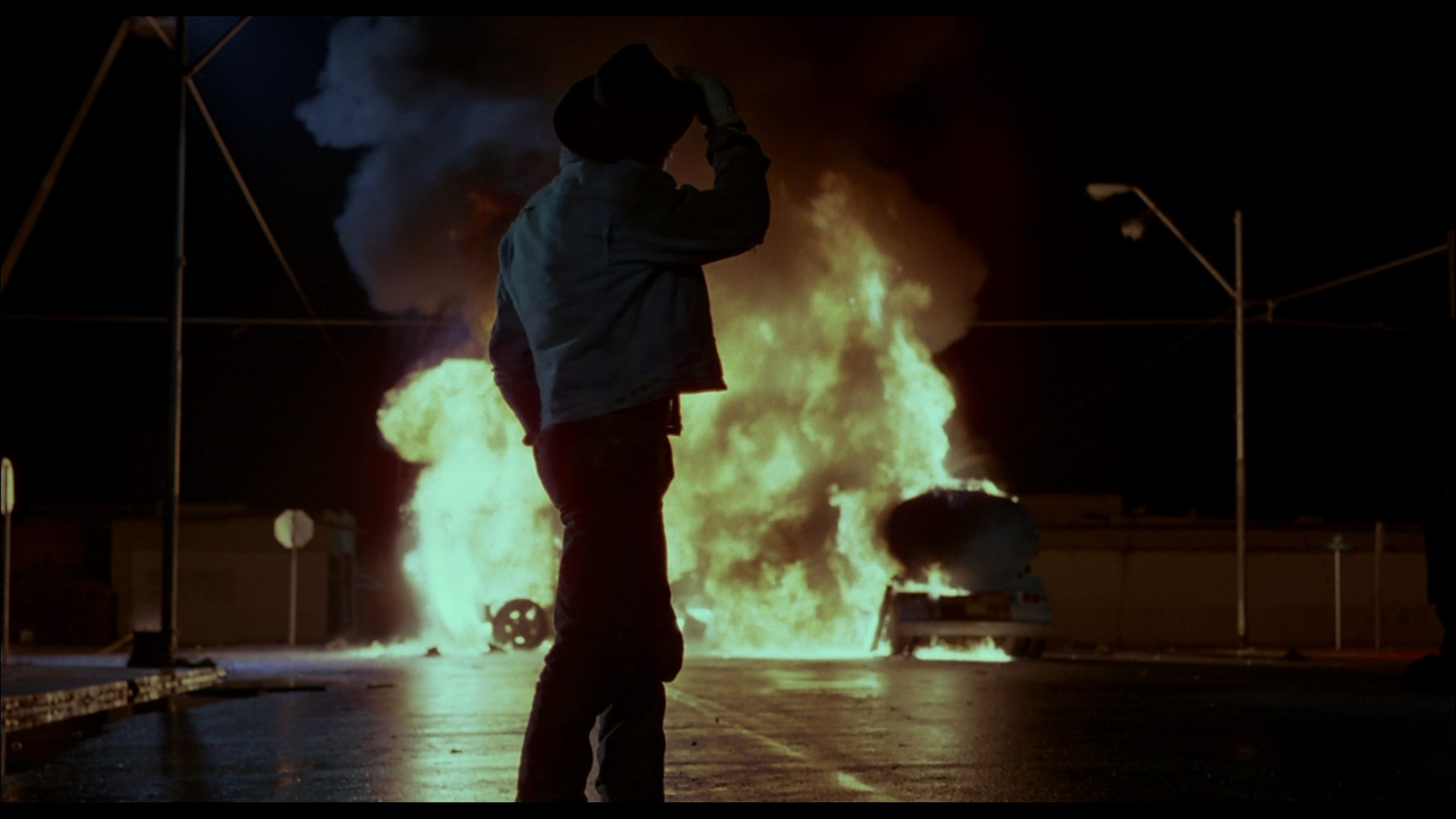 This is also a movie with serious balls.  Look again at Homer, the nasty old vampire in the eternal form of a child.  We’ve seen the kid-vampire trope before — THE LOST BOYS, released the same year as NEAR DARK, has one.  But THE LOST BOYS balks at making the kid-vampire an actual villain.  NEAR DARK doesn’t have that same meekness.  Then there’s the trio of formidable character actors — Lance Henriksen, Jenette Goldstein, and Bill Paxton — who make NEAR DARK feel a bit like an ALIENS class reunion (James Cameron was around for the making of NEAR DARK).  Henriksen and Goldstein are tough in this movie, but Paxton is all-out carnivorous.  He’s the film’s best special-effect.  Critics who have found Paxton “bland” in later heroic roles are not people who have seen this movie.  He’s a frontier tornado here; John Belushi in ANIMAL HOUSE but fonder of blood than beer.  By the final goings of NEAR DARK, Severen is so far gone from everyday humanity that he kind of resembles the tar zombie from RETURN OF THE LIVING DEAD.  (See the poster above.)

NEAR DARK may be a film that is too far ahead of its time, or so audacious that its time still hasn’t come yet.  It was a “vampire romance” long before Twilight clogged up shelf space, and in fact the romance in NEAR DARK is a worthwhile element — it’s just that the unrepentant gore and the Western-style shitkicking are not something that your modern-day “vampire romance” fan would have the stomach (or good taste) to handle.  Kathryn Bigelow, a world-class action director and true sophisticate, has not made another horror movie to date.  That’s too bad.  She aced it on her first try.