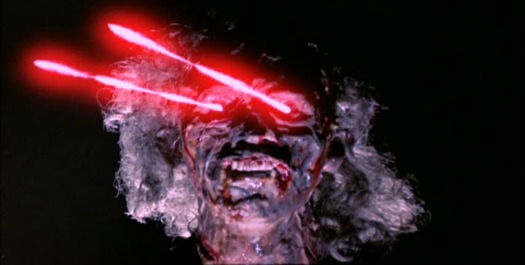 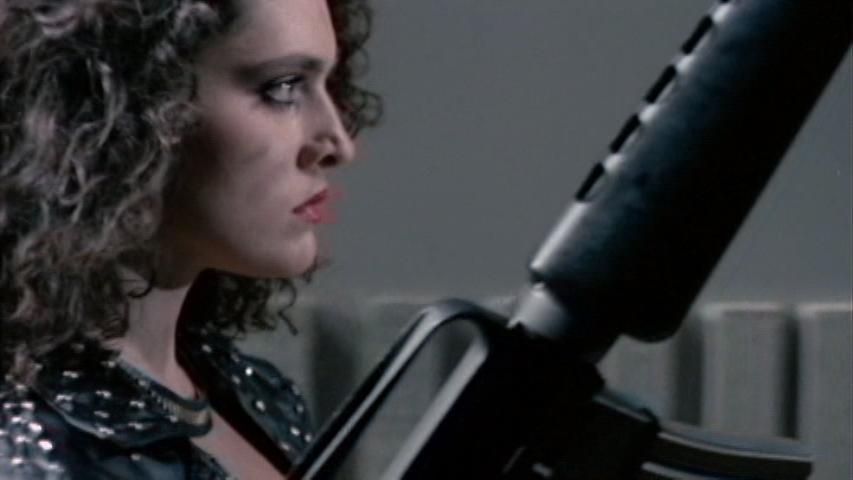 This is a hard one to explain.

For one thing, we’re stepping outside the bounds of the usual.  Even the most devoted filmgoers can most likely only claim familiarity with movies from North America, or Europe, or Japan, or China.  Maybe the Middle East.  Maybe Australia.  Most of us — myself included — don’t know all that much about Indonesian cinema.  We just haven’t had the exposure.  That changed a little bit recently, with the well-deserved success of MERANTAU and THE RAID.  But that’s a very new phenomenon.  Geopolitically speaking, there are reasons we haven’t seen too many Indonesian movies.    Indonesian cinema, apparently, has a history of authoritarian suppression in the mid-20th century.   But suppression is never a great idea.  The thing about supression is that sooner or later it leads to eruption, even ejaculation.

But it turns out my meaning was also pretty close to literal, too.  LADY TERMINATOR is evidently not uncommon in Indonesian cinema for its moments of surprisingly overt sexuality.

It starts out with the undulating tides of the ocean, and the voice of a narrator, taking us hundreds of years back through time.  And then there is a weird sex scene.  Essentially, the film’s snake in the Garden of Eden is an authentic Indonesian folk character called The South Seas Queen, who lures men in with her beauty and then murders them with her cooter.  See, LADY TERMINATOR is educational.  I learned by watching it that vagina dentata is a big part of Indonesian folklore.  The Queen is shown choosing her victims and drawing them close.  One minute you’re a hapless peasant who lucked into a moment of pure supernatural ecstacy, and the next, you’re being bitten down there by the rows of jagged teeth she has down there.   Until:  One intrepid soul, one sexual superhero, has the forethought to reach into the sea hag’s nether-regions and to pull out an eel, which magically becomes a dagger which he uses to dispatch her — but not before she curses his entire line of descendants.

A century later, a young woman-slash-anthropologist-slash-scuba-diver has chartered a boat to explore the areas of the sea where all this mythology is said to have transpired.  This scene has one of the best/most nonsensical characters in the movie, a grizzled old sea captain who is essentially Quint from JAWS through an 1980s Indonesian prism.  He continues to advise the girl not to go diving in these cursed waters, until the moment where he suddenly relents for no reason at all.  It’s a meager script, and the acting barely rises to it.  This is a truly fascinating movie, but not in any way a good one.

When the young woman reaches the ocean floor, that pesky eel swims up her you-know-where (words fail — you’d really have to see the movie to understand how this is visualized).  She becomes possessed by the South Seas Queen, imbued with deadened eyes and mythological superpowers and all that nasty jazz, and then promptly heads to shore so that she can track down the great-grand-daughter of her most cursed adversary.  That’s when LADY TERMINATOR becomes the James Cameron knock-off you had been expecting all along.  Only imagine if, on his unrelenting mission to destroy Sarah Connor, Arnold would have seduced a bunch of dudes and fucked them to death.  (Please imagine that.)  Eventually the Queen picks up some automatic weapons to shoot up anyone who gets in her way, but those scenes are relatively humane compared to the path of groin-geysers this lady leaves in her wake. 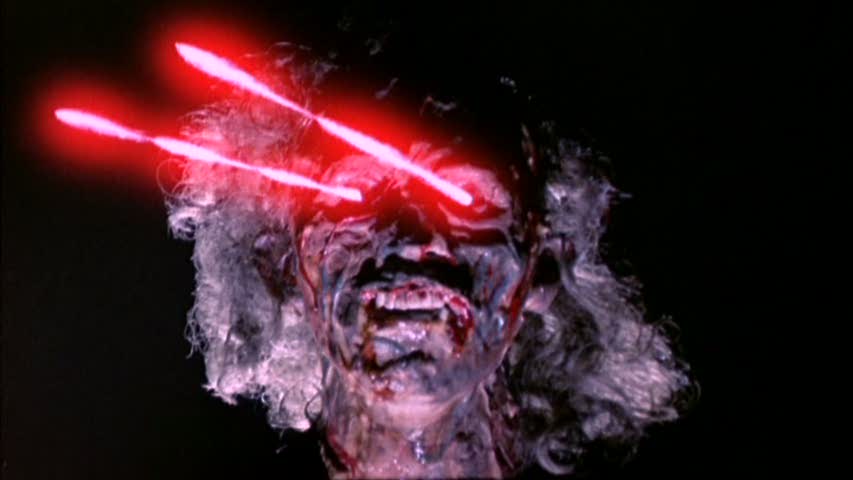 If I could name only one great thing about LADY TERMINATOR, it would be the mullets.  If I could name another, it would definitely be the way the Lady Terminator looks when her human facade inevitably yet nonsensically gets burned away — this is the kind of bombastically inept special effect that really makes you appreciate (by contrast) what FX whizzes like Stan Winston bring to genre movies.  But as far as legitimate, sincere greatness and LADY TERMINATOR, it truly is compelling to see how the filmmakers grafted a legitimate cultural tradition onto a cheap-o sci-fi action movie.  Make no mistake — this is astonishingly shoddy filmmaking, but sociologically speaking, it’s far more interesting than nine out of ten Best Picture nominees of any given year.  It’s also a incredibly hilarious movie, and you should see it with your rowdiest and raunchiest buddies and ladyfriends.

LADY TERMINATOR is playing this Friday night, one show only, at the new Alamo Drafthouse in Yonkers.  It’s an extremely rare chance to see this oddity on the big screen, on 35mm film no less, so if you can at all go, you totally should.