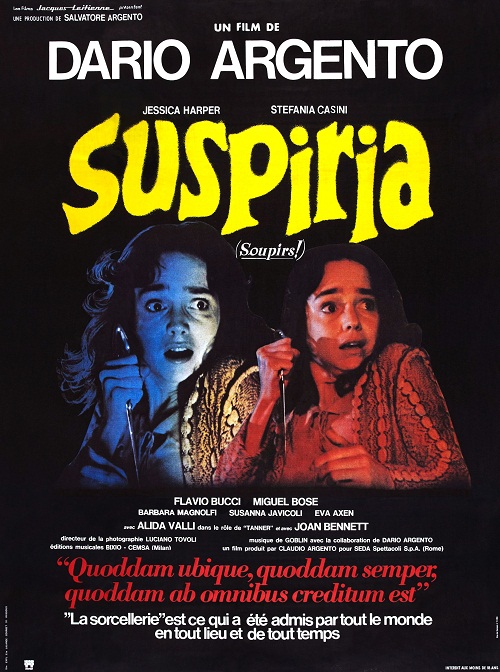 SUSPIRIA is screening tonight at 8pm at New York City’s Anthology Film Archives. This is a special screening co-sponsored by Malastrana Film Series, the same folks behind last year’s Giallo Fever! program. They’re showing SUSPIRIA in 35mm, with the Goblin score promising to be cranked up loud, so get over there if you can! Goblin is touring now, but tickets are hard to come by.