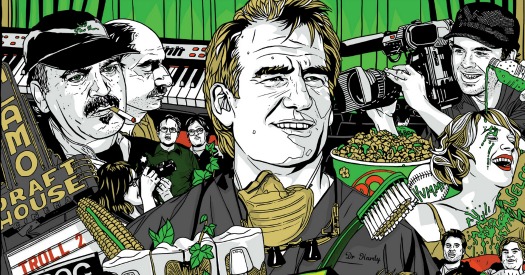 1990’s TROLL 2 is an ugly movie.  I’m speaking literally.  It’s poorly shot, abhorrently written, bizarrely acted, and overall it looks like it cost a hundred dollars.  Even its many fans wouldn’t dispute those claims.  But long before its explosion in cult status, it was a movie that ran in perpetuity on HBO while I was a pre-teen.  So yeah, I’ve seen TROLL 2 many times, with more innocent eyes.  (Somehow I never managed to see TROLL 1 even once. Mysterious!)  Back then, a bright-eyed twelve-year-old, I hadn’t seen the monstrous volume of movies that I can now claim to have seen.  Back then, I was generally naïve and didn’t watch bad movies through a sarcastic prism.  Back then, a profoundly stupid line uttered by a kid around my age still had the ability to disturb me. “THEY’RE EATING MY MOM!”  I didn’t used to think that was funny.  I kind of still don’t.  The cult of TROLL 2 somewhat eludes me.  It’s not my kind of bad movie.  But I do certainly wonder what the people who made it were thinking at the time, and what became of them.

The filmmaker behind BEST WORST MOVIE had the same questions, albeit with a more vested interest.  Michael Stephenson played young Joshua in TROLL 2.  He’s the kid who screamed “THEY’RE EATING MY MOM!” in the movie’s climactic scene.  Along with Dr. George Hardy (who played his dad in the movie), Margo Prey (mom), Connie McFarland (big sister), and Robert Ormsby (the spectral Grandpa Seth), among others, Stephenson decamped to the blandest areas of Utah in 1989 to participate in the filming of TROLL 2, under the direction of the entirely-non-fluent-in-English Italian filmmaker, Claudio Fragasso. 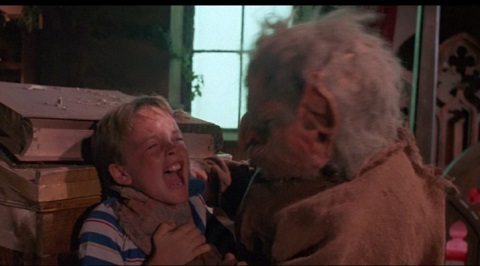 Twenty years later, TROLL 2 somehow snowballed into a midnight cult classic, with legions of weird fans who host screenings, attend conventions, and quote dialogue as if it were Shakespeare.  Which it really isn’t.

Now an adult, the likable Stephenson went back to find out what’s become of his co-stars and one-time collaborators.  He filmed everything.

I don’t know why I expected BEST WORST MOVIE to be a documentary about the making of TROLL 2.  The movie does get into that area, mostly in the recollections of the generally bewildered principals, but only a little.  Primarily, this is a story about how these people, almost entirely a group of non-actors, have reacted to the nearly-inexplicable cult popularity that has sprouted up around this execrable movie ever since it started running and re-running ad nauseum on cable in the mid-1990s. 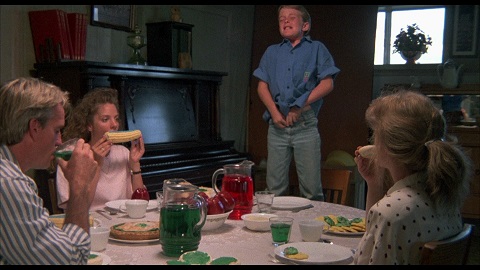 The great thing about BEST WORST MOVIE is its loving and understanding spirit.  Each player is given a good long moment to make an unfiltered impression.  Robert Ormsby seems like a gentle and bemused character, still residing in Utah. Connie McFarland (now Connie Young) always had more serious acting aspirations, so she seems just a bit annoyed by having to field questions about TROLL 2, but that’s understandable and she seems like a grounded person.  Co-star Darren Ewing seems like a down-to-earth and reasonable guy who’s just trying to ride whatever success he can from this strange experience.  Margo Prey is the saddest case, as a recluse and something of a survivalist who seems to have significant untreated mental illness.  So some of them make more optimistic appearances than others, but they all get their fair shot.

I think it says plenty about Stephenson and his movie that he chooses to center it around its most approachable character, affable dentist-turned-actor-turned-back-to-dentist George Hardy.  If this were the making-of treatment of the TROLL 2 story, more emphasis would be placed on TROLL 2 director and co-writer Claudio Fragasso.  Claudio is a surly, dour, easily-provoked man who has had an inexplicably sustained directing career in Italy, despite the fact that he continues to maintain that TROLL 2 is well made.  He is contentious and occasionally nasty, and though the documentary pays him more affection than he may be due, TROLL 2’s auteur comes off as rather consistently unpleasant. 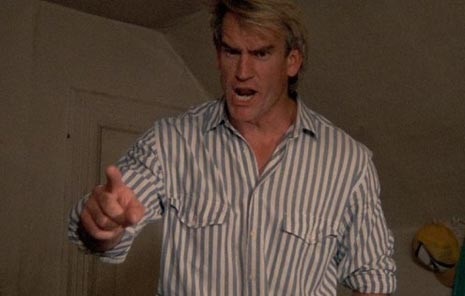 George Hardy, by contrast, is an energetic and seemingly genuinely happy man with a boundless energy and simple ethic, who seems somewhat mystified by the bizarre popularity of TROLL 2, and the resultant boost to his own fame.  At first, George seems to have put the experience behind him, but his belated fame, along with Michael’s interest in making a documentary about it all, drafts George out of retirement and back into action.  Through comedy shows at LA’s UCB Theatre, to appearances at horror conventions, George experiences the best and the most distressing moments of being a nostalgia celebrity.  BEST WORST MOVIE reminded me of the terrific documentary WINNEBAGO MAN in that respect, although again, not all of the TROLL 2 players enjoy the same kind of personal resurrection.  George Hardy, at least, has a satisfying life to fall back on, with a strong community presence, a thriving dental practice, and a stable family situation.  The fact that BEST WORST MOVIE draws the conclusion that such an ending is just as happy as any Hollywood could script is what makes any viewer of BEST WORST MOVIE feel so positive about both Stephenson and his movie. 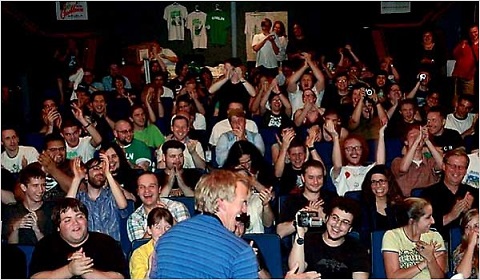 You can find out more about BEST WORST MOVIE at the official site and you can take a look at it on Netflix Instant. Meanwhile, TROLL 2 is playing at midnight in Los Angeles, courtesy of Cinefamily. Star of TROLL 2 (and director of BEST WORST MOVIE) Michael Stevenson will be on hand to take your questions.