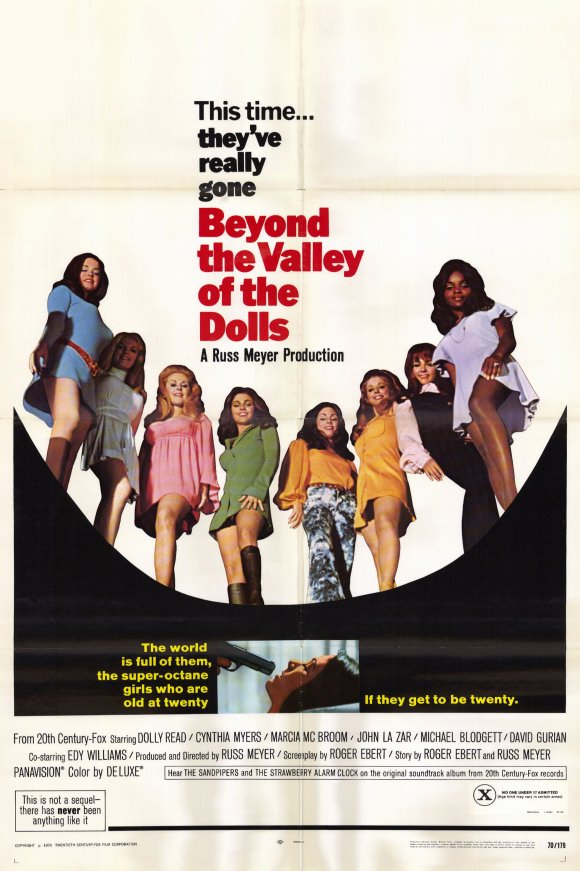 I mainly hold two camps accountable for my admiration of this film. Being a child of the eighties, the first being Josie and the Pussycats and Jem and the Holograms. Both centered around the adventures of girl bands and all the shenanigans they would get into along with the antics of the more peripheral characters of their extended entourages of managers, manager’s sisters, dance choreographers and love interests; although, I much preferred Jem for the better hair, bigger gear, and fact that they had lasers. It was little wonder I joined and toured in a band myself for several years. So when I entered adulthood and discovered more, ahem, adult type films, eventually it’d come to pass that I’d discover Mr. Meyer’s oeuvre and get immersed in it. Which brings me to my film of the day, ladies and gentlemen, BEYOND THE VALLEY OF THE DOLLS. 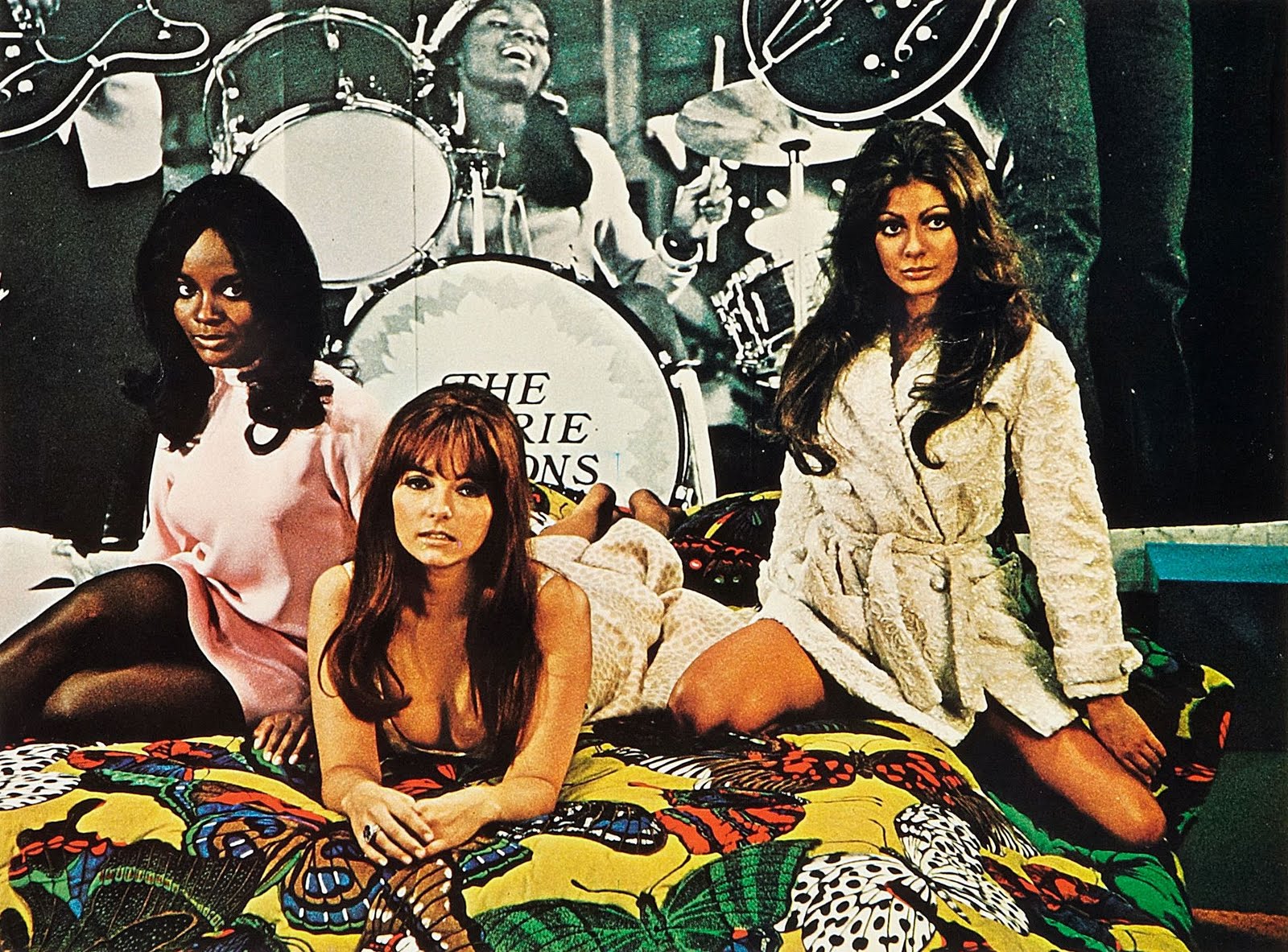 All outside publicity and scandal aside from this flick, the story is a continuation of where Jacqueline Susann’s story left off. Sort of. Kinda. Oh, all right, it had little or nothing to do with anything in the initial book or film aside from the title and vague cautionary tale about stardom and overindulgence. The thing is, if you never hear about Courtney Love bleat on about the book, you can watch this movie and not feel out of the loop. But despite the horror of the Sharon Tate murder casting a dark cloud over the VOTD ‘franchise’ then you’ll see that the film has very little in common with the original film or book. It really does stand on its own and is perhaps one of Mr. Meyer’s best known films to date, alongside FASTER PUSSYCAT, KILL, KILL! You may want to note that Roger Ebert did the screenplay and worked on the story with Mr. Meyers, which gets a ‘thumbs up” from me. (My editor can choose to keep or kill that last pun).

The story centers around three women in a rock band, The Kelly Affair (which is also a song by Be Your Own Pet) where the trio Kelly MacNamara (Dolly Read), Casey Anderson (Cynthia Myers), and Petronella “Pet” Danforth (Marcia McBroom) is accompanied by their manager (and Kelly’s boyfriend) Harris Allsworth (David Gurian). They all head down to LA to make it big and upon their arrival change the name of the band to The Carrie Nations after playing a crazy party. It’s interesting to note that in the party scene, real life hippie band Strawberry Alarm Clock played, too. When the band gets involved with their new manager ‘Z-Man’ that’s when everything goes to hell in the proverbial hand basket. The girls drift apart and start having crazy affairs and hijinks and pretty much guarantee their band isn’t ever going to tour with The Stones. The weird and bizarre affairs and relationships that follow pretty much left me in mind of how I felt when Josie and the Pussycats stopped touring the world and decided to go to outer space. It was the feeling of, ‘Wow, that shit just happened”. Things get bizarre and this is a special brand of weird that I’ll put to Mr.Ebert’s writing touch. Usually when things have gotten weird in Meyer’s films they seem just kind of misogynistic. Here the events just spiral out of control, and it’s not even down to chemical dependency, which was a major overtone of the first VOTD. 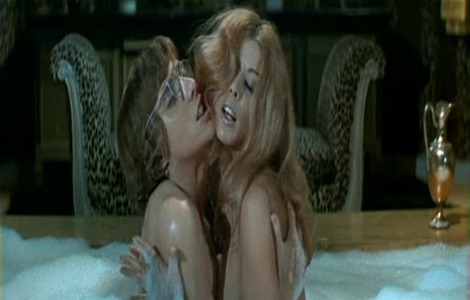