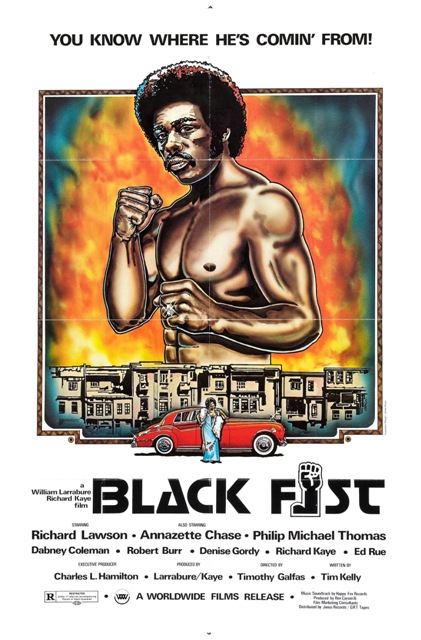 When dealing with exploitation cinema, you don’t always get what you pay for. The flick I watched was entitled THE BLACK STREETFIGHTER. After a little research, I found it also goes by BLACK FIST. On IMDB, however, it’s listed as BOGARD.

Of the three titles, I’d pick BLACK FIST as most apt. The hero is black and uses his fist (both of them, actually), and if you want to get all subversive and shit, there is an underlying theme of black power/fuck whitey strewn throughout the film’s duration. Of course, if you’re asking an idiot like me, “subversive” means movies about submarines. 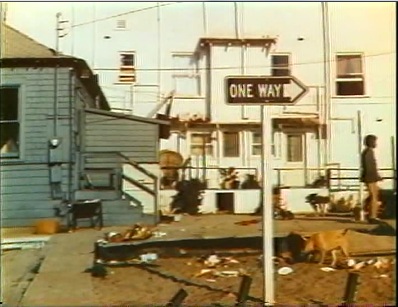 The title BLACK STREETFIGHTER simply doesn’t cut it. Yeah, he’s black, and he does occasionally fight on the streets, but that ain’t enough. There’s only one STREET FIGHTER, and that’s Sonny Fucking Chiba (Blanka can suck it). The title was obviously an attempt to capitalize on the popularity of the Chiba classics. I can’t blame film execs for wanting to make a buck, but damn, that’s some serious false advertising.

BOGARD, on the other hand, is the flick’s “official” title. For one thing, what the fuck is a Bogard? Is that when you refuse to pass the Dutchie? For another, I don’t recall anybody mentioning a Bogard, or even a character named Bogard. Can someone explain this to me? I will say this: If a BOGARD is anything like a BOWFINGER, count me out. 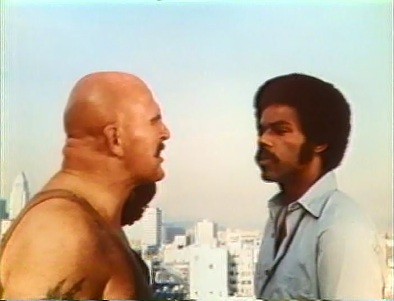 Leroy refuses to put up with Zangief’s guff.

Richard Lawson plays the hero, Leroy Fisk. He’s a good man, struggling to provide for his family in a world plagued by The Man. Despite the best of intentions, Leroy soon finds himself entangled in street fighting for the mob. The pay is good, but things quickly take a turn for the worse. When Fisk tries to get out of the game, the mob wants none of it. After a car-bomb intended for him inadvertently kills his brother-in-law and pregnant wife (because a dead knocked-up chick is 37% more dramatic than one without a bun in the oven), Leroy goes on a bloody rampage and shit proceeds to get fucked up.

Though it didn’t blow me out of my chair, I kinda dug BOGARD. It’s gritty, mean, and goes great with cole slaw. If I ruled the world, I would shave off about ten minutes. There is some serious lag time about 3/4 of the way through. 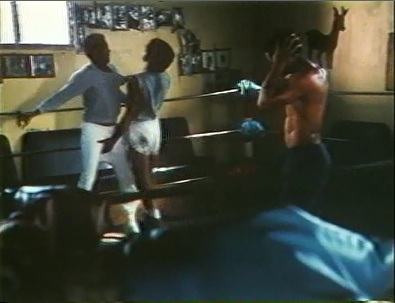 The script is no great shakes, but the material is carried by strong performances. Despite looking like Gopher from The Love Boat, Richard Lawson is very convincing as Leroy Fisk. He seemed a little skinny to be considered a bad-ass street fighter, but I’m willing to give him the benefit of a doubt. Backing his play is Dabney Coleman as a corrupt honky cop. Nobody does smarmy better than Dabney Coleman. Also be on the lookout for Phillip Michael Thomas (TUBBS!) as not one – but TWO! – flamboyant pimps. Also, Edward James Olmos makes his feature debut in an uncredited role as a bathroom junkie. His ten seconds of screen time are simply brilliant.

Check it out, Bastards. 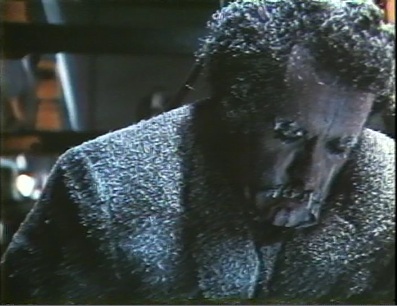 Dabney Coleman does his Jack Torrance.