“Them Hong Kong movies came out, every nigga gotta have a forty-five. And they don’t want one, they want two, cause nigga want to be “The Killer.” What they don’t know, and that movie don’t tell you is a .45 has a serious fuckin’ jammin’ problem. I always try and steer a customer towards a 9-millimeter. Damn near the same weapon, don’t have half the jammin’ problems. But some niggas out there, you can’t tell them anything. They want a .45. The killer had a .45, they want a .45.” Ordell, JACKIE BROWN (1997)

After living through the Chinese Civil War and a serious medical condition as a child, John Woo found safe haven in the cinema. It was his one true escape. It didn’t matter if it was WIZARD OF OZ or BUTCH CASSIDY AND THE SUNDANCE KID, it took him away from tragedy, allowed him to fight the tears back a little longer, and unbeknownst to anyone, it crafted an icon of action cinema often imitated, but never duplicated.

Though his career began at 22 as a script supervisor, Woo’s true mark wouldn’t hit cinema until 1986 when his pet project A BETTER TOMORROW was released (funded by his friend Tsui Hark). Together with his star Chow Yun-Fat, Woo began a remarkable run of films that re-defined the action genre both in the way the stories were told and how they were shot. Sam Raimi has likened Woo’s mastery of action to Hitchcock’s mastery of suspense, but it isn’t just slinging bullets, it’s the movement. The slow-motion as a character flies across the screen looking for a target, the complex choreography of an intense gun battle, two-gun chaos in a battle of life and death. What separates Woo from most however, is his passion for his characters which breathe life – and sometimes desperation – into action scenes, punctuating the pull of a trigger.

To honor Mr. Woo we have put together a trailer compilation of his films; the hits and the hidden from his career. Hats off to you sir, and here’s to another few decades of cinema. 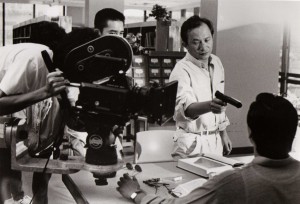 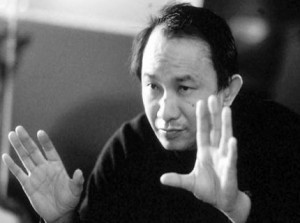