Home  ⁄  The Wire  ⁄  INTERVIEW WITH DUST UP DIRECTOR WARD ROBERTS 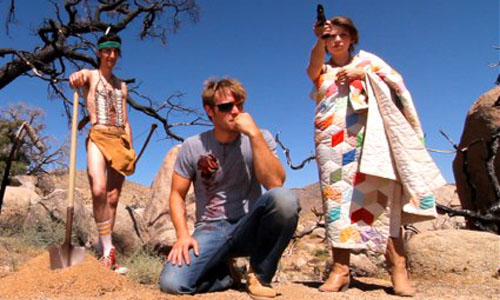 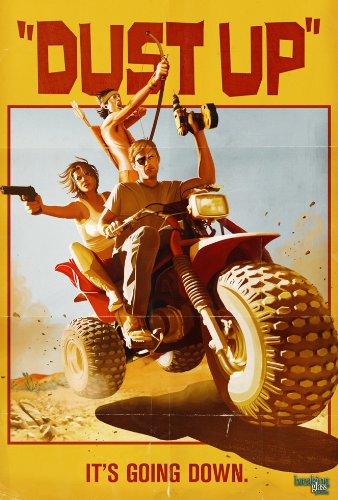 Sweetback (SB): I want to start by asking how you decided upon casting Jeremiah Birkett as Buzz in DUST UP. His performance is entirely unhinged – one of the most memorable villains in recent memory. How did you decide on him, and what qualities did he bring to the role that might not have been in the script? Was there ever a thought towards playing one of the lead roles yourself? 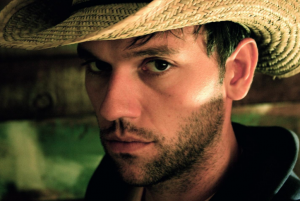 Ward Roberts (WB): I was really hoping to play Buzz myself. That said, I thought the wise career move would be to try to get a name actor to play Buzz to help secure distribution. We approached Christopher Meloni’s people but he was shooting SVU and couldn’t do it. At that point I was like “Yes! I get to play Buzz!” Then, as we neared production and I veered toward a total nervous breakdown I realized the whole project would suffer if I attempted to pull off this epic character while directing and a lot of the producing.


Around this time I had the idea of casting Jeremiah, who had played opposite me in Travis Betz’s LO. Jeremiah played the demon Lo and was INCREDIBLE. Once I thought of him for Buzz I couldn’t unthink of him. He was perfect. I sent him the script and he dug it. He put a couple scenes on tape and I dug them. We were off and running.

The very first time we discussed  the role I realized Jeremiah was going to transform Buzz from the 2-dimensional nutjob I’d written into a human being with depth and pain. Buzz went from a cartoon to becoming the alter-ego of Jack… they were now the same person who had taken different paths. It was after our first meeting I realized there wasn’t a scene for just Jack and Buzz, which I then wrote immediately.

Finally, Jeremiah brought such a high level of commitment and sincerity to the role that no matter how psychotic his actions became you believed them. He was doing them from a true place. A place where the pain is covered by the desire for power.

SB: DUST UP is gleefully insane, and pulls from a variety of influences – horror films, 80s action and Spaghetti westerns as just a start. What are some of your main influences as a film-maker, and what are some of the films that inspired DUST UP specifically?

WR: Currently Coen Brothers, Quentin Tarantino and Wes Anderson are my guys… the ones that never let me down. The Coen Brothers maintain this incredible humor and intelligence that are uniquely their own in any genre in which they play. Along with Tarantino they have a comedic brutality that I dig. I enjoy all the filmmakers… from Buster Keaton to Jackie Chan …who embrace the humor of physical pain. Tarantino’s action is perfect. Wes Anderson makes each shot a stunning picture and creates these cartoony characters yet they have so much soul and are in relationships that ring painfully true. His films are beautiful, sad, uplifting and funny all the same time.

Getting down to direct influences on DUST UP. The premises of SHANE & HONDO were the jumping off point; a loner wanders in from the frontier to help a family. I wanted to make that happen today. The build for the film: starting off really chill in this idyllic, isolated setting and then just relentlessly cranking up the tension and action to a fever pitch of insanity came from STRAW DOGS. In the early days we pitched DUST UP to folks as “Straw Dogs but funny,” which always got a good reaction. I also remember watching THE WARRIORS and the legendary “Can you dig it?!” speech and being like “We gotta get us some of that in DUST UP!” Obviously Buzz’s preaching at the party was the result. Finally gotta bring it full-circle and give a shout out to my favorite movie of all-time… RAISING ARIZONA. While we only included a couple conscience homages to this masterpiece I’m certain it permeated much of the film on the subconscious level.

SB: DUST UP starts with a bang with some incredible Leone-influenced opening credits (designed by Adam K. Tiller). How important was it for you to capture the right tone with these credits, and what sort of direction did you give Tiller regarding how it should look?

WR: Colossal. Adam was a good friend who I had no idea wanted to get into title sequences. I started looking around to find somebody online when he asked me if could give it a shot. I am so glad he did. We basically sat down and looked at the titles to The Man with No Name trilogy and asked how do do this but make it fresh? We wanted to show the influence but not seem derivative. Shannon Hourigan, our cinematographer and colorist, had started to develop that look for our website – the textured red & yellows -then Adam took over and just nailed it.

The opening titles were VITAL in establishing the mood for the film. The credits had to rev the audience up, to let them know a wild ride was coming their way and that they better be strapped in and ready to rock. This first half an hour of the film is relatively chill so the credits had to impart a knowledge of what was coming… namely violence and insanity… creating anticipation for the audience throughout that first act.

SB: Unsurprisingly, there’s a lot of crossover between fans of Grindhouse cinema and fans of cult television like BUFFY THE VAMPIRE SLAYER. How did Amber Benson come aboard, and did you have her in mind from the beginning?

WR: Ella was the only role we auditioned for. Amber came in and drop-kicked the role right through the back wall. She was adorable, funny and most importantly had the chops to make the more dramatic scenes work. We all knew coming into this that most viewers would anticipate DUST UP was just another grindhouse-y B-movie only interested in getting from one violent or sexual gag to the next. To surprise everyone, to make them all really care for and root on the main characters, we needed actors who could deliver the dramatic beats and bring real gravitas to the roles. Amber did that no prob. Before offering her the part we went out for coffee as I wanted her to really understand how down and dirty this no frills production would be. Most of us involved had worked together before and knew what we were getting into, she did not. As Amber likes to tell it, I wanted to make sure we wouldn’t get out there and find out she was a ‘diva beeyotch’. She was very much the opposite… a total sweetheart and an absolute pro on set. Amber is now one of our very dear friends.

SB: DUST UP has a great western-tinged soundtrack from THE LEGEND OF GOD’S GUN’s Kirpatrick Thomas. What is it about his musical style that made him appropriate to score your film?

WR: Quite simply without Kirpatrick Thomas and his band, Spindrift, there would be no DUST UP. Period. I was visiting my mom and fellow DUST UP producer, Ingeborg, out in Joshua Tree and we went to a drive-in screening of THE LEGEND OF GOD’S GUN, which was created around the soundtrack Spindrift had made for a film that didn’t exist. They basically reverse engineered the film from the album. The music melted my brain. Spindrift is quite simply the best cowboy music since Morricone. They are his rightful heirs.

Around the same time my mom gave me a bunch of music from Ted Quinn and the band Gram Rabbit, both local Joshua Tree favorites. I obsessively listened to this music while writing the film. Many themes, tones and moods for DUST UP came directly from that. Spindrift became Jack’s heroic sound, Gram Rabbit supplied the trippy, fun, hedonistic vibe for the realm of Buzz. Ted’s music supplied the backstory for Jack, his soul and need for redemption. I then edited the film to all these tunes praying the musicians would be into the film and allow us to use it. Fortunately they all loved and gave us their blessing and support. I can’t imagine it without these songs… they are as instrumental as any actor. Pun intended.

Finally to have KP compose the score and had Spindrift actually score parts of the film was a magical thing to behold.

SB: As of this writing, DUST UP is just about to hit DVD and On-Demand. For curious folks, what would be the best way for them to check it out?

WR: So many options! The DVD just came out and you can basically see it anywhere through On-Demand… iTunes, Amazon, YouTube, Time Warner, Comcast, Brighthouse, Cox and on and on. For a complete list of providers go here: http://dustupfilm.com/see-dust-up/

SB: For those looking to keep up on your current work, or what you’ll be working on in the future, what’s the best way to do so? (Social networking and website links, and whatever else you might like to plug).

WR: Follow my sweet ass on twitter @wardroberts and check out Drexel Box, our production company at www.DrexelBox.com and follow us @drexelbox. Our sister film, THE DEAD INSIDE, is about to be released and you must watch it. Mandatory. THE DEAD INSIDE was written & directed by my main collaborator Travis Betz, who played Herman in DUST UP, who directed me in two of his other films, JOSHUA & LO. It was shot & colored by Shannon Hourigan, who as I mentioned did the same on DUST UP. They are most imaginative, prolific and all-around brilliant folks I have ever known. They are my creative heroes.

SB: And, just to finish up.. What advice might you have for young or inexperienced directors who are looking to tackle their first feature?

WR: Write the kind of movie you love for the resources you have. What great actors do you know? Write them parts. What cool, unique locations do you have access to? Set your story within them. Do you know some kick ass musicians who could do your tunes? Get them on board. Write to your strengths, both in terms of your own talent and what you have the ability to produce with little or no money. Then just go get it done, whatever it takes.