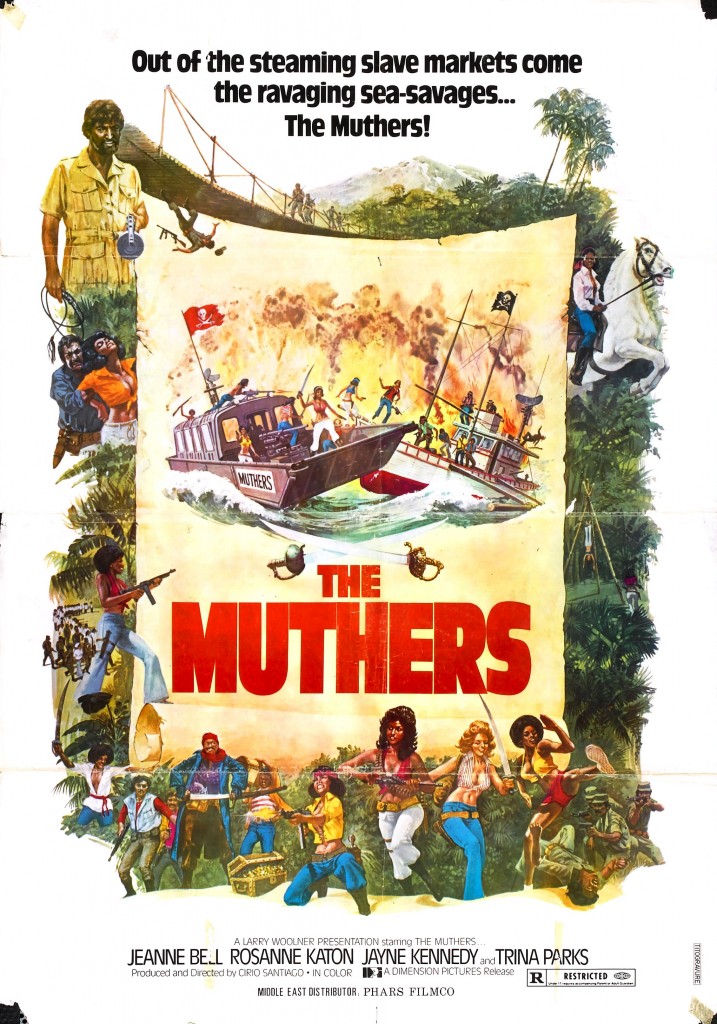 The 1970s were a golden era for exploitation cinema, and Women in Prison (WIP) films were no exception. In the early 70s, Filipino filmmaker and producer Cirio H. Santiago teamed up with American exploitation film titan Roger Corman to produce two of the most well-known films of the WiP genre: Jack Hill’s THE BIG DOLL HOUSE (1971) and its sequel, THE BIG BIRD CAGE (1972). The Phillippines was a hotbed of exploitation film production, and Santiago was one of the leading filmmakers in the industry. In addition to producing, Santiago directed a number of classic grindhouse films including SAVAGE! (1973) and EBONY, IVORY & JADE (1976). Vinegar Syndrome recently released one of Santiago’s best films, THE MUTHERS (1976), on DVD in a new restoration, giving exploitation film fans a great-looking version of this film, which was previously difficult to track down.

The Muthers are a band of female pirates led by Kelly (Jeannie Bell, TNT JACKSON) and Anggie (Rosanne Katon, THE SWINGING CHEERLEADERS). Kelly’s sister goes missing, and Kelly sets off to track her down. During her travels, Kelly uncovers a racket that kidnaps and imprisons women in a work camp on a coffee plantation run by Monteiro (Tony Carreon, DEATH FORCE) where Kelly’s sister is being held. Kelly and Anggie go undercover at the camp, but they soon learn that escaping with their lives is going to be a lot harder than they thought, especially when pissed-off rival pirate Turko (John Montgomery) is out to get them, too. Anyone who’s seen the Corman-produced WiP films will have a pretty good idea of what comes next: lots of sweating, shower scenes, poorly-choreographed martial arts and fantastic one-liners. Actually, the one thing this film doesn’t have is Vic Diaz, who was in damn near every other film made in the Phillippines in the 1970s. 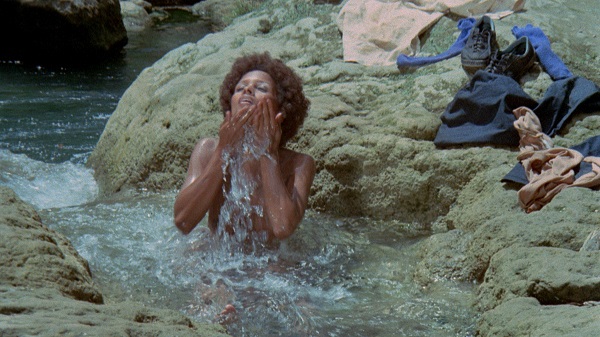 THE MUTHERS is not quite on the same level as Jack Hill’s WiP movies, but for exploitation fans there’s plenty to like. In addition to Jeannie Bell and Rosanne Katon, the film stars Trina Parks (DARKTOWN STRUTTERS) and Jayne Kennedy (who appeared in tons of television in the ’70s and ’80s including Sanford & Son, The Rockford Files, and CHiPS), and all of the leading ladies do a good job as convincing and sexy badasses. The film follows the WiP formula very closely, but for fans that’s hardly a knock against the movie. This is straightforward, by the book exploitation, and it thoroughly scratches a very particular itch for low-rent ’70s action that cult fans (and blaxploitation fans in particular) will definitely want to check out.

Vinegar Syndrome presents THE MUTHERS on DVD restored in 2k from the 35mm negative. The disc also features the film’s theatrical trailer. This film was previously tough to track down in the States other than in bad VHS bootlegs, so having such a nice transfer is much appreciated. Here’s hoping more of Santiago’s rarer films will get a similar treatment down the line! 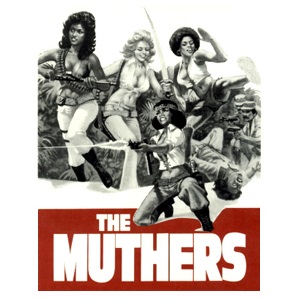