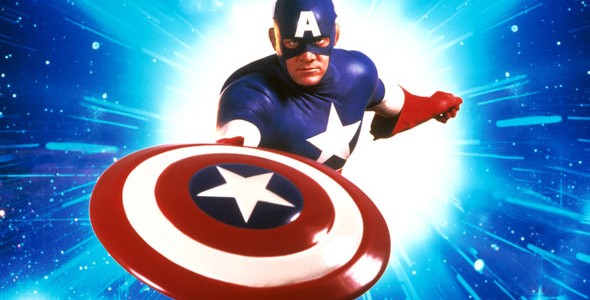 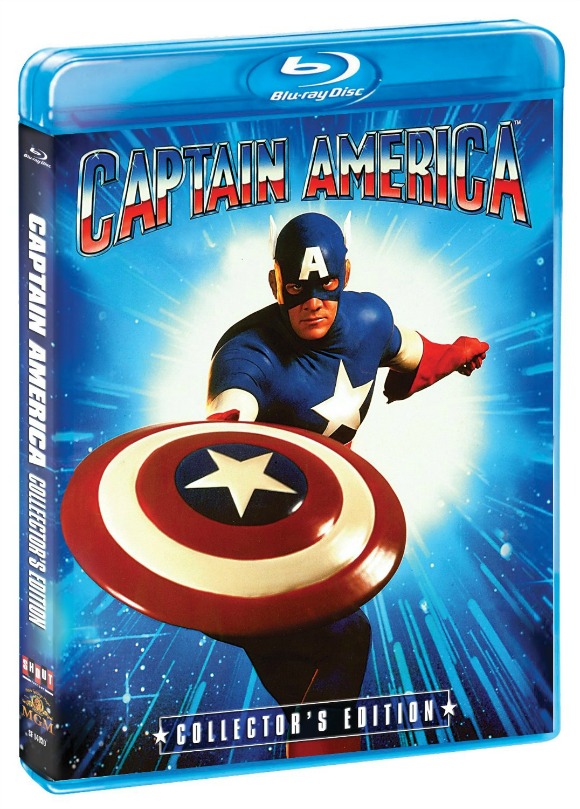 Overview
FLASH BACK WITH THIS 1990 ACTION ADVENTURE CULT MOVIE CLASSIC
IN HIGH-DEFINITION!

ARRIVES IN STORES EVERYWHERE ON MAY 21, 2013
FROM SHOUT! FACTORY

Steve Rogers happens to be the best candidate out of six hundred volunteers. He has the power to save millions. Only he could defeat a superhuman madman. But saving the world let him trapped in an icy grave until fate released him to finish a battle that started decades ago. Now an evil genius in on the verge of global domination and only Captain America can stop him! On May 21, 2013, Shout! Factory will unleash the long-awaited 1990 action sci-fi movie classic CAPTAIN AMERICA, starring Matt Salinger (What Dreams May Come), Ronny Cox (Total Recall, RoboCop), Ned Beatty (Toy Story 3, Superman), Darren McGavin (The X-Files), Michael Nouri (NCIS, Damages) and Scott Paulin (Castle, JAG), in a special Collector’s Edition Blu-ray™.

SYNOPSIS
Long ago, Steve Rogers (Matt Salinger) was a true American hero, a brave super soldier created by scientists to help the Allied Forces fight for freedom in World War II. But during a battle with the sinister Red Skull (Scott Paulin), he was lost, entombed in ice. Decades later, his body has been found and revived and Steve must again don the mantle of Captain America to help save the President of the United States (Ronny Cox) — and the world — from his arch-nemesis once and for all.