When I saw the story of Caine’s Arcade last year, like everyone else on the internet, I was impressed and moved.  Not just because it was a story about a sweet kid whose homemade arcade built in his father’s garage was suddenly inundated with customers thanks to the help of a filmmaker, but because the arcade itself is exactly the sort of thing I spent a lot of time doing in my youth.  Granted, I never went to the extent of Caine Monroy, setting up full-size replicas of vintage arcade machines, but I used whatever smaller versions I had – a pocket-sized pinball game, a handheld “Donkey Kong” LCD game, a Q*Bert watch – in order to replicate a tiny arcade that my Transformers could play.  Especially the off-brand one that turned into a pinball machine.

I’d always wanted to build my own full-sized arcade.  It wasn’t that I wanted a lot of video games – between my Atari 2600 and Commodore 64, I certainly had enough games to play to make any given member of the Rock-a-Fire Explosion jealous.  It was more than just having the games around, it was the idea of the full environment of the arcades in which I gleefully spent a seemingly infinite number of quarters that I wanted.  I wanted to hear the sounds of two dozen games going at once, while Toni Basil sang “Mickey” over the occasional restrained profanity of teenagers that just couldn’t figure out how to get past the giddy goons in “Dragon’s Lair,” stomping their feet on the ugly purple carpet covered in gum and encrusted by cigarette smoke.  The arcade was a genuine cultural curiosity, a public area where you went about your business of playing games almost always in a private fashion.  You went there in order to be around people, to play games in which you were so self-focused that you became immersed in your own little world in the middle of the chaos. 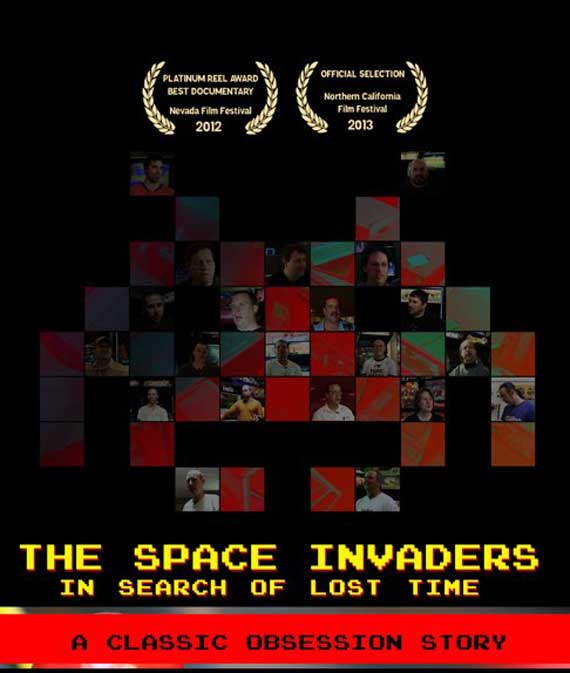 The collectors interviewed in Jeff Von Ward’s documentary THE SPACE INVADERS: IN SEARCH OF LOST TIME, newly available on Amazon’s Instant streaming service, actually managed to build the arcade of their dreams.  Setting aside rooms in their basement or overloading the capacity of their garages, the two dozen or so people profiled are more than just collectors of vintage video games – they’ve turned their collections into genuine showrooms, replicating the arcades that flourished all across the country in the early ‘80s.  THE SPACE INVADERS takes a look at what drove them to collect the games, and the perils and joys of having such a real estate-consuming hobby.

THE SPACE INVADERS takes the tactic of focusing entirely on the collectors themselves, so those looking for a more straightforward documentary on the actual arcade games might be disappointed, as the film quickly whips through a couple notes on the rise and fall of the arcade and then goes straight to the interviewees, name-checking Eugene Jarvis and Twin Galaxies without an explanation, with “Pong” referenced only in relation to some of the interviewees’ collections.  This isn’t a critique, however, and anyone who’s seen THE KING OF KONG: A FISTFUL OF QUARTERS should easily find themselves in familiar territory, and with that in mind, Von Ward does a fine job of not repeating redundant information, instead getting straight to the interviews about the topic of collecting coin-op video games. 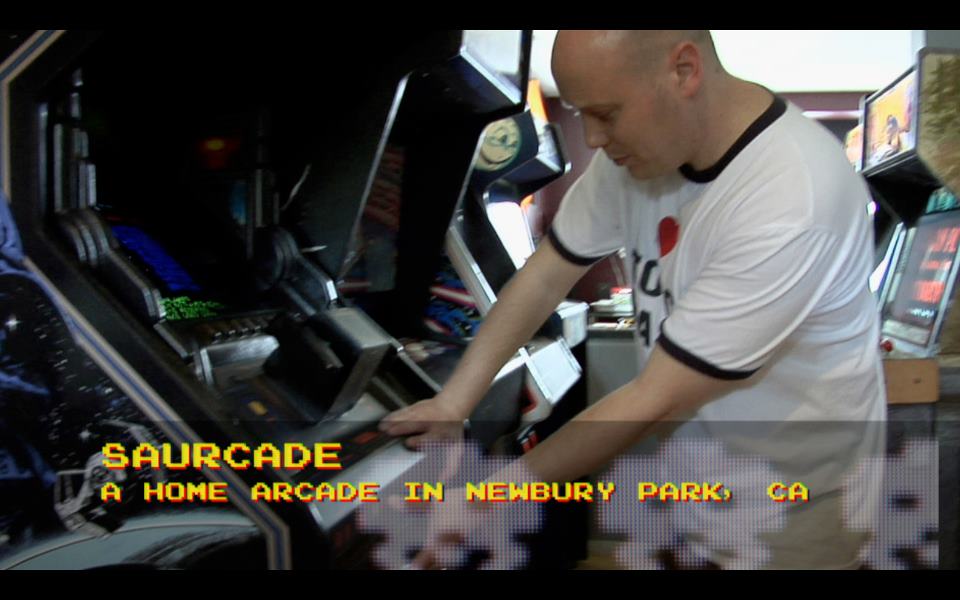 While the subject may seem limited, anyone who’s an obsessive collector of anything can identify with those on screen, and their genuine passions for their hobby.  When a collection discusses the merits of obscurity of an item against the item’s actual quality, the reference point in the film is the vector graphics-based obscurity game “Demon,” but it may as well be referencing an “endangered” flick from Chris Poggiali’s Temple of Schlock blog.  One of the only major things that really separates those featured in the film from any obsessive collector is the size of the objects they collect, and indeed, this is addressed, as many of those interviewed talk about how they have to be careful as to their storage, and the question of whether or not it’s still worth doing if the collection is locked up in a storage facility and unplayed.

The personalities are varied, but everyone seems down to Earth and the film is edited carefully enough to not give any of those involved any kind of “look at this obsessive weirdo” edit you often see in cultural  documentaries – and you do see in some news reports about basement arcades scattered throughout the film.  On the more media-friendly side, vintage clips also include current collector Damon Claussen’s time on the game show “Starcade,” and a curious report about the repeal of the anti-coin op video game law in Marshfield, Massachusetts which was on the books for nearly thirty years. 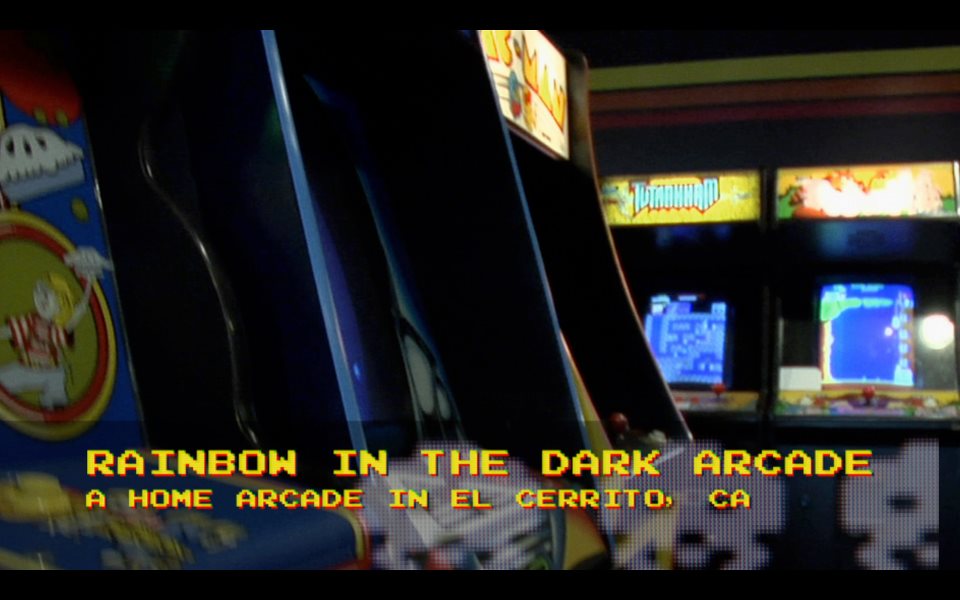 As far as documentaries go, THE SPACE INVADERS is fairly light, but it’s still a genuinely entertaining film, and while you may need to be a vintage video game fanatic to drool at the site of, say, an upright “Discs of Tron” in one of the montage sequences that basically serve as porn for classic game fans, anyone with a collector’s mindset should easily enjoy the ride.   A news clip featuring the struggles of Jon Jamshid, who has to fight a local ordinance that accuses him of running a coin-op arcade out of his house, features a neighbor of his saying she collects baskets, and wouldn’t want anyone intruding on her hobby, and if a nice lady collecting baskets can identify with these guys and care about their collections, it shouldn’t be a problem for anyone.

It makes sense that vintage video game arcades are now cropping up again.  As one interviewee points out, it took time for the kids that grew up loving classic games to have the expendable income in order to afford all of the toys they once wanted.  Since the making of this documentary, there’s even been a movement out of the basements and into the streets as, after decades of being relegated to the side corners of multiplexes and bowling alleys, new arcades are actually opening.  (I live in Chicago, and there are at least four different places within easy driving distance that I can go when I want to feel a trak-ball beneath my palm.)  THE SPACE INVADERS serves as a great springboard into this cultural renaissance, spotlighting some of those that paved the way and supply the much-needed resources for the vintage video games to be played well into the future, and hopefully, as another collector mentions, not to be confined to unplayable status in pop cultural museums.

Order THE SPACE INVADERS on Amazon here, and check out their website here! 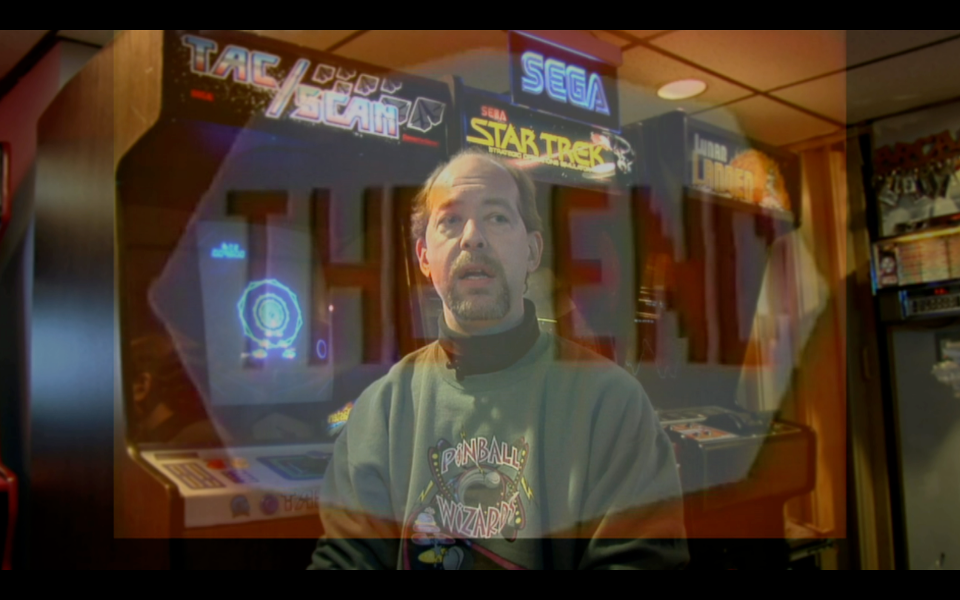