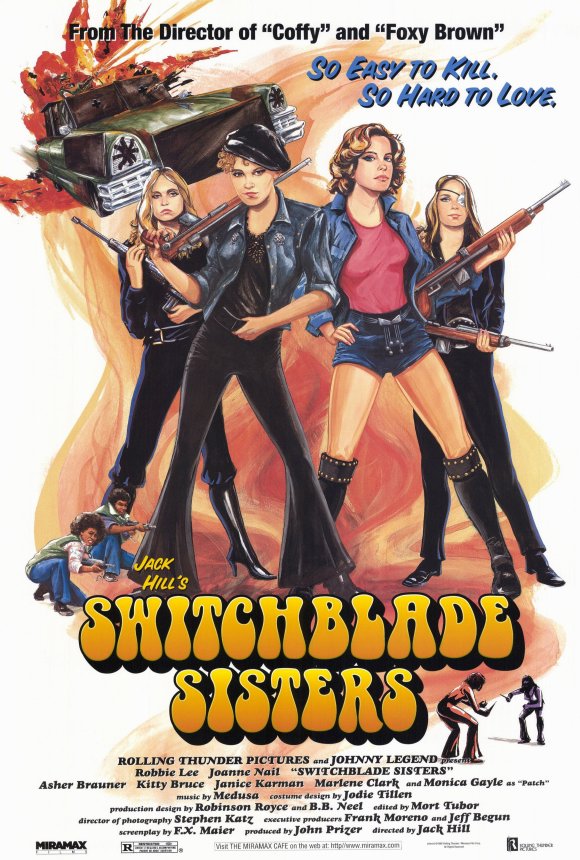 I’m unclear at what point Tarantino got into all this, and when the title got swapped from SWITCHBALDE SISTERS as I’ve always known it to be THE JEZEBELS. It could be marketing, a licensing switch, or just weird old-fashioned fucked-up black magic. Who’s to say? The copy I have in my possession is from an old flame, and there are no goodies like a Tarantino commentary on it. My sources (the helper monkeys that live with me) inform me that after the original release of the film in 1975, Tarantino re-released it under his label, Rolling Thunder Pictures. So as far as I can tell, either the former flame swiped it from a rental place, or I am an idiot who never thought to look for it on the copy I have. However, upon second look, I can promise, my copy has NO such commentary on it, which is a little sad, but then again it saves me having to give up my own amusing commentary that annoys guests who watch it with me. It also saves me having to talk over Mr.Tarantino, which is a good thing as I dislike competition. 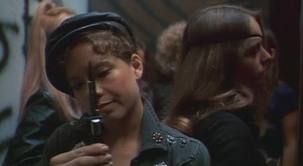 Right, I was supposed to be telling you how sick this movie is. This is one of my favorite girl gang movies. Like a date that I always have such high expectations of, I always know, inevitably, where these things are going to end up. Despite all the tough-girl ‘ultra-violence’ that movies in this vein produce there is a formula here: someone is going to get raped, someone is going to get double-crossed, and girls are going to die. Well, check, check, and check on that. I had no expectations to hail this as a high-brow, third wave feminist movie. I wanted girls fighting, knives, and possibly the best catch-phrase ever, “I lost an eye for this gang!”. I’m getting the three previously mentioned food groups of the grind house world served up… hot and tasty. The way you know in your heart of hearts in every Disney flick there’s a happy ending, in every girl gang flick you know it’s going to end poorly for the ladies. Remember: raped, knives, dead/jail. 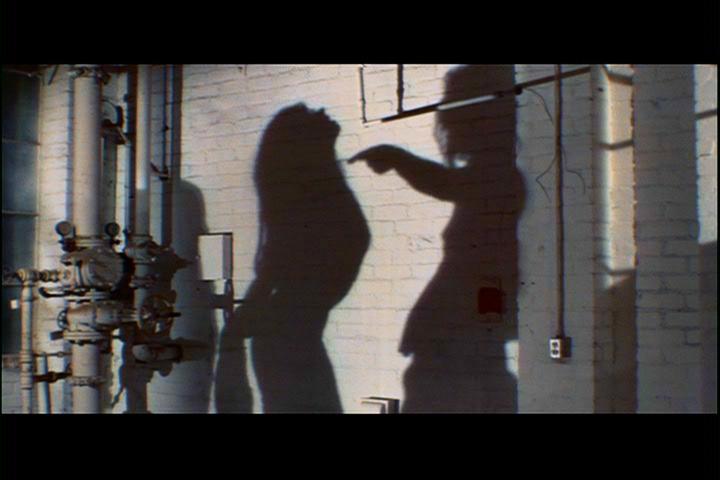 In SWITCHBLADE SISTERS we find the Dagger Debs as the female companions to the all-male Daggers gang. These bad kids dish up the usual activities like gang violence, often drug related. The story sets off when newcomer Maggie (Joanne Nail) arrives at the school where the Daggers/Dagger Debs reign and in an altercation with a repo man, the ladies find themselves in juvie. We all know when the girls land in the nick that the next step is getting sexually assaulted by the dyke prison guard. If this film were an all you can eat buffet, this would be the part where you are adding little baby corns to your salad. It’s a given. Anyways, Maggie fends her off, joins the Debs and leader Lace (Robbie Lee) takes a shine to her and entrusts her to do small errands. Apparently, Lace isn’t the only one to take a shine to her, and Dominic (Asher Brauner) does as well. And by ‘shine’ I mean ‘rapes her’ while she’s on assignment. I don’t know if she bathed liberally in Eau De Fuck Me when she got out of the shower that morning or what, but everyone seems to want to violate her. I’d suggest switching to Chanel. It’ll end up in less forcible sexual acts. 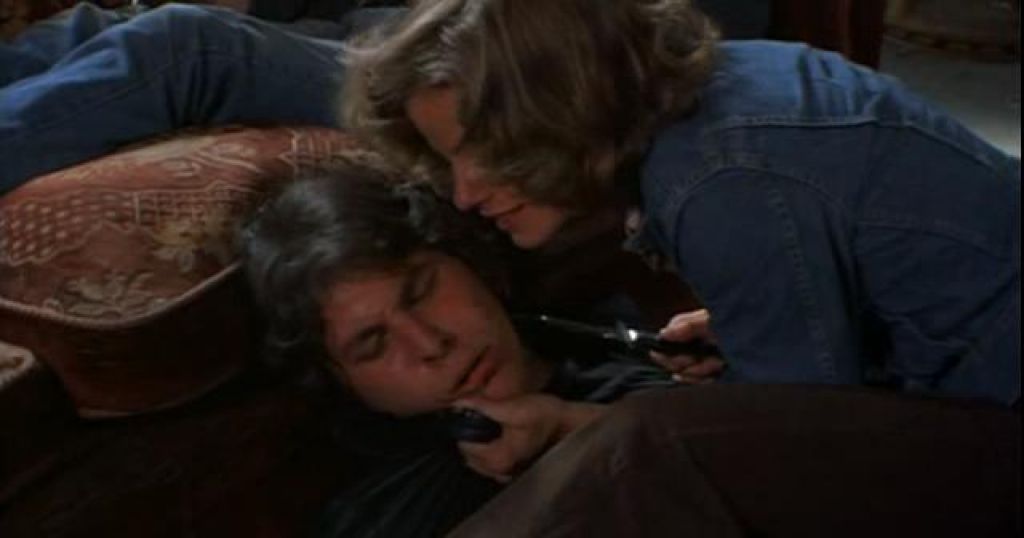 Getting back on track, while Dominic is trying to convince Maggie that no means yes, Lace, still in juvie finds out she’s in the family way. When she’s released she goes to tell Dominic but he tells her to go get an abortion. So Lace does what any spurned ex-girlfriend does: engineers a gang war, gets a sister gang-raped and ultimately gets a Shakespearean ending by getting stabbed in the throat. By this time, Maggie is tired of people of rape/attempted rape and gets the remaining Debs to switch names to The Jezebels where they team up with an all African-American girl gang called the Muffs. I promise you, I couldn’t make this shit up if I tried. Actually, I could but if I did there’d be a unicorn and some dude with a killer moustache in the mix as well as circus elephants… but I didn’t. At the end of the film, most of the cast is dead, and the last threat fired off before the survivors are arrested and bundled into a paddy wagon is that the Jezebels will one day return. Hey, Tarantino, are you listening? Sounds like a good opener for a sequel such as THE JEZEBEL’S DAUGHTERS *cough* cough*. 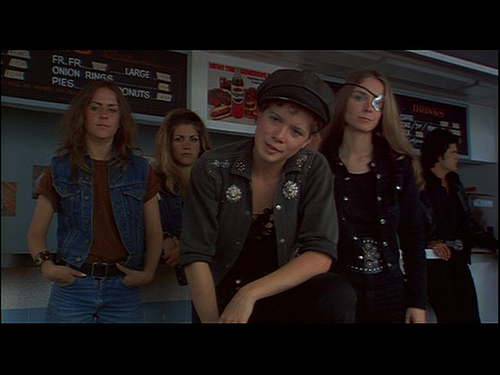 One of my favorites. Perfect for those moments when you have someone really attractive you’re watching the movie with, and if you’re not listening to the commentary (mine or Mr.T’s) then there is ample space when there is boring plot moments between fights to make out with that person. Then when you come up for air you notice the girls are fighting again and your interested before the film falls back on some dull plot device. A very good second date movie where you can consider second base but not ready to get totally naked. Don’t worry, I already did that for you watching this one. Enjoy. 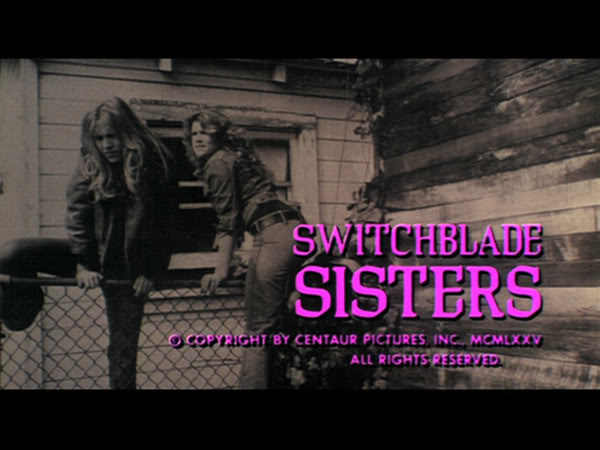