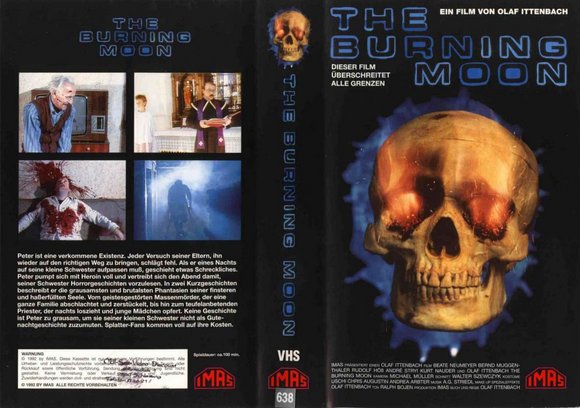 CLICK THE COVER ART TO BUY THIS GOOD SHIT!

THE BURNING MOON is another victim of hype.

Granted, one should keep their expectations low when critiquing SOV genre flicks with minimal budgets, but after having read so many fawning reviews over the last few weeks, I was prepared to be blown off the couch. Or blown on the couch. I would’ve settled for either.

What I got, however, was a bad movie with decent special effects. Outside of a couple cool moments-eyeball swallowing and human wishbone coming immediately to mind-there was really nothing to write home about. Simply put: THE BURNING MOON is a disappointment. 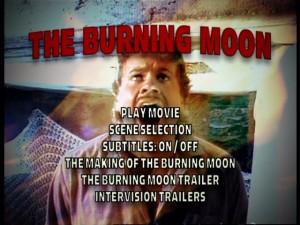 Even if the special effects were amazing, they too would’ve been overshadowed by the weak story. The flick starts with the narrator-played by director Olaf Ittenbach-being tasked with watching his little sister while his folks go on vacation. This is all well and good, except Olaf is a bit of a bad seed: blowing job interviews, shooting drugs, fighting in gangs, topping off at the gas pump, etc.

Sure enough, as soon as Mom and Dad exeunt, big brother hits the spoon juice and decides to tell his sister a couple bedtime stories. The first concerns a first date with a serial killer. The set-up, thankfully, is relatively brief, and then we’re treated to our heroine’s family being disposed of in a myriad of brutal ways. I mean, that’s what you came for, right? Then, just as the girl is about to meet her untimely demise, a cop fortunately shows up and saves the day. Spoiler alert? 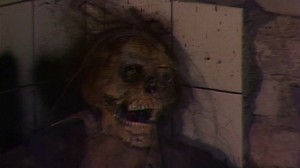 The second tale involves a small-town priest with a penchant for rape and murder. The blame, however, falls on the shoulders of a socially-inept farmer who lives alone on the edge of town. Once paranoia reaches a fever pitch, a vigilante mob forms, and the farmer is killed without a second thought. Soon thereafter, the triggerman of the operation (or, in this case, the pitchfork man), is inexplicably thrown into Hell when “666” is written on the side of his house in blood. Which, of course, begs the question: Is it really that easy to cast your foes into the fiery pit of Hades? If so, I would’ve banished my loud-ass neighbors a long time ago. And what if I write 867-5309 on the side of their house in blood? Will they be forever tormented by the likes of Gary Numan and Tommy Tutone?

So, the acting is bad and the story is nil. Who cares? People don’t watch flicks like THE BURNING MOON for Academy Award consideration. They want blood and guts.

Does the flick at least deliver in that capacity? Sure. 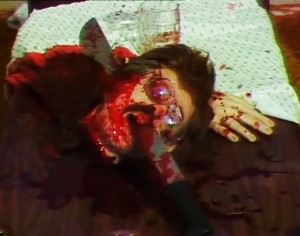 Again, most of the gore is not outstanding. I mean, it’s okay, and rather impressive if you consider the budget, but I honestly don’t see what the hype is all about. The Hell sequence is fun, and plenty nasty, but nothing jaw-dropping. It has kind of a cheap haunted house motif, with two parts nutmeg and a dash of HELLRAISER. Despite being a bit too long, the scene is easily the highlight of the film. Next to the perpetual parade of mullets. Seriously. Did everyone in Germany have a mullet in 1997?

To give credit where it’s due, I must tip my hat to Olaf Ittenbach and his crew. Though THE BURNING MOON is seriously flawed, their technical prowess, innovation, and enthusiasm occasionally shine through. Considering the aforementioned lack of budget, the film looks relatively polished. Their passion for the medium is evident. And if you’re doing what you love, you’re already two steps ahead of everyone else.

Long story short, if I happened across this movie at my local Ma and Pop, rented it on a whim, and watched it minus the hype, I might be preaching another story. It’s not bad for brainless, gory, B-movie entertainment. It’s just not a classic. 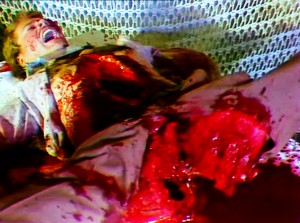 Kardashian Klap is the harshest.