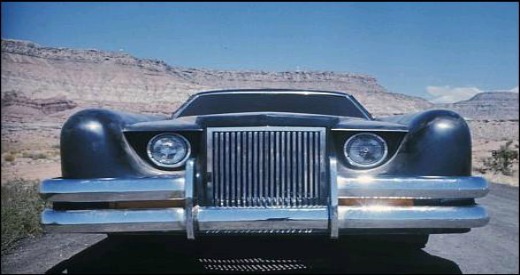 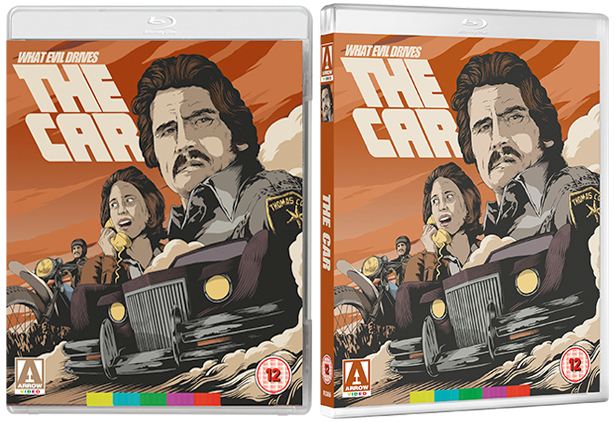 Often referred to as “Jaws on Wheels”, THE CAR has been lovingly re-mastered by Universal Pictures and, for the first time in its history, will finally be available on the Blu-ray format. This landmark release also marks the first time the film has been available with extras. 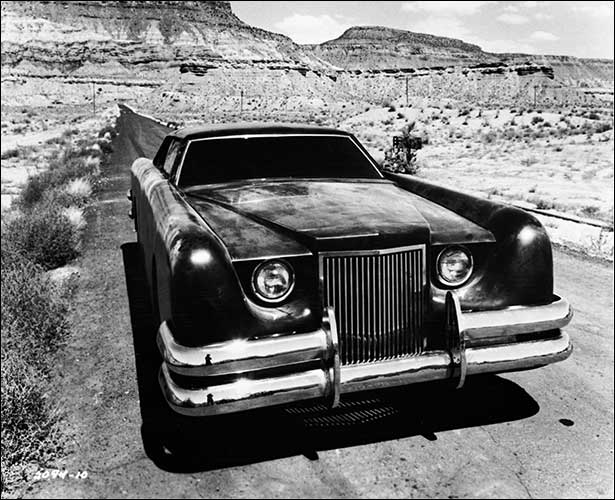 Starring James Brolin (The Amityville Horror; father of Josh Brolin) alongside Kathleen Lloyd (The Missouri Breaks), John Marley (The Godfather), and Ronny Cox (Deliverance), THE CAR tells the story of a mysterious automobile which goes on a murderous rampage, terrorizing the residents of a small town. 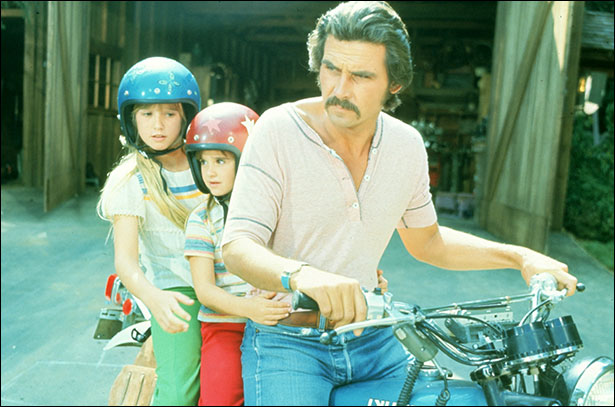 In addition to the HD restoration, Arrow has sourced a host of bonus material and special features, something which has never been done before for this film. The deluxe Blu-ray package includes Audio Commentary with director Elliot Silverstein, two exclusive featurettes on the making of the film and its history, the original theatrical trailer with commentary by John Landis (director of An American Werewolf in London), extended collector’s booklet and, as is becoming customary with Arrow Video’s classic film releases, an exclusive reversible sleeve, containing both the original and newly commissioned artwork. THE CAR’s brand new sleeve comes courtesy of acclaimed illustrator Joe Wilson. 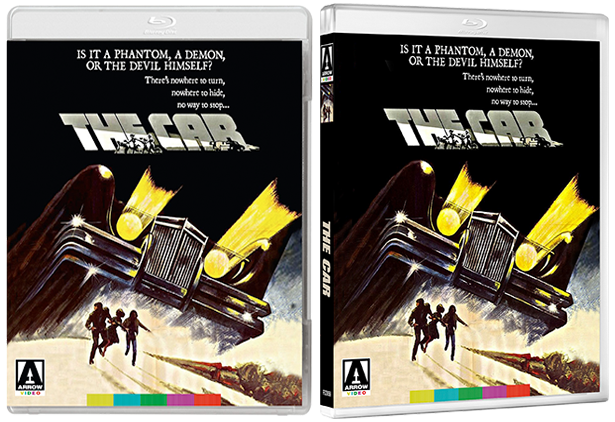 Made when Jaws was still the most successful film of all time, THE CAR has almost exactly the same premise, but replaces the ocean with the Utah desert, and the shark with a Lincoln Continental Mark III, of possibly supernatural origin.

When two teenage cyclists and a hitch-hiking musician are killed in apparently deliberate hit-and-runs, the police department of Santa Ynez investigates, whereupon the seemingly driverless vehicle turns on its hapless officers as well.

When the car strikes rather too close to the home of Captain Wade Parent (James Brolin), he vows to stop at nothing to defeat it. 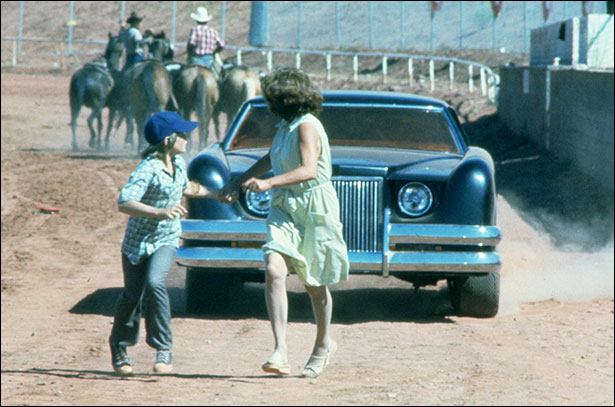 Despite a police cordon being applied to all roads in the Santa Ynez region, THE CAR still manages to enter the town, causing murderous havoc wherever it roams.

With police officers, bystanders, squad cars, civilian homes, a marching band, and even an innocent gatepost all falling victim to the un-manned killing machine, Captain Parent must stop at nothing if he is to defeat THE CAR and make his beloved town safe once again.

Director Elliot Silverstein (Cat Ballou, A Man Called Horse) keeps everything as slick and streamlined as the car itself, turning the desert landscape into a powerfully mythic backdrop for a potent clash between the forces of good and those of inexplicable, but clearly implacable, evil. 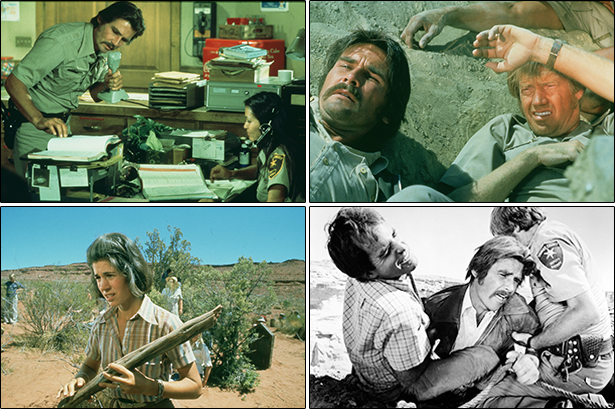 A complete list of the special features included on the deluxe blu-ray release of THE CAR is as follows: 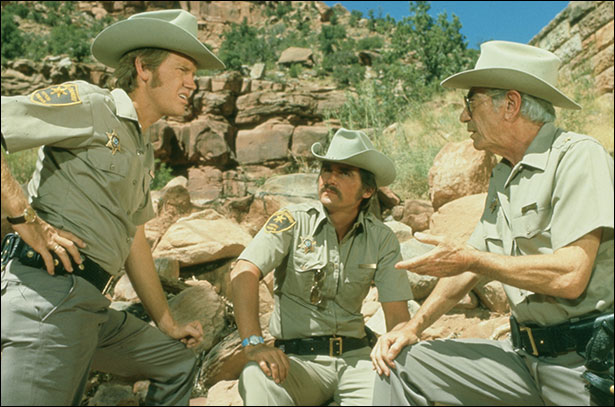