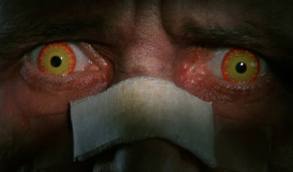 There’s a lesson to be learned from THE EXORCIST III:

Hollywood, keep your big fucking nose out of it.

What starts as an incredibly strong film begins to seriously sputter about ¾ of the way through, and for that we can thank the all-powerful Cinematic Think Tank in California. They sit behind oversized oak desks, smoke cigars that cost more than I make in a year, and churn out film classics that are creatively bankrupt. Then the films are refinanced, only to file for creative bankruptcy again.

It goes without saying that the original EXORCIST is a classic…um, even though I just said it. It’s not only a great horror film, but also works as an in-depth character study, and let’s not forget about all the wacky religious themes it explores. The movie is nearly perfect from beginning to end.

Some folks claim there’s a sequel called THE EXORCIST II: THE HERETIC. I’m not aware of said sequel, and have serious doubts that it even exists. So let’s just forget that I even brought it up.

THE EXORCIST III picks up where the Friedkin classic left off. Well, about fifteen years after the original left off. Let’s not get nitpicky here. 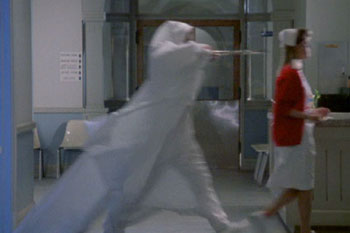 A serial killer is on the loose, knocking off kids, priests, and nurses like it’s nobody’s business. Kinderman (George C. Patton) is the cop assigned to the case. Almost immediately, he notices similarities to another serial killer he busted fifteen years ago – around the same time one of his best friends, Father Damian Karras, mysteriously died after falling down a set of foreboding stone steps in Georgetown. Kinderman gets spooked as the similarities continue to pile up, but anything resembling reason is immediately thrown out the window after meeting with the prime suspect: a man who’s been locked away for years in the deepest, darkest corner of a mental institution. Not only does the lunatic claim to be the executed Gemini Killer, but he’s also the spitting image of the deceased Father Karras. He’s also the spitting image of Johnny Cash, but I guess that’s neither here nor there.

For a little over half of its running time, THE EXORCIST III is simply fantastic. You get a tight murder mystery, some supernatural shenanigans, and strong performances from the likes of George C. Scott and Ed Flanders. The sharp characterization and dialogue is almost flawless. The people are not only fascinating, but they seem real. Every scene where Flanders and Scott interact is gold. 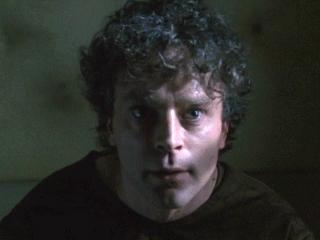 Sadly, well after the viewer is thoroughly engrossed in the initial story, a second story is presented around Act 3. According to legend, a couple Hollywood bigwigs with more money than brains decided that THE EXORCIST needs, well, an exorcist. And with every exorcist comes the requisite exorcism. And that’s where the film falters. They insert Father Morning and his half-baked back story, toss in a completely unnecessary (and rather lame) 4-million dollar exorcism, and almost ruin the movie in the process.

I can understand the reasoning behind putting an exorcism in your film about an exorcist, but it’s handled so ham-fistedly that it’s almost embarrassing. We learn little (and care even less) about Father Morning, outside of his hair turning white after his first exorcism and his penchant for boxes of dead birds. When the inevitable exorcism finally rears its ugly head during the finale, it looks hokey and forced, not unlike the aforementioned priest. For a movie that was so well crafted up until that point, a few scenes shoved in with elbow grease and rubber cement stick out like a sore thumb. They’re poorly done, awkwardly inserted, and simply jarring from the rest of the flick. 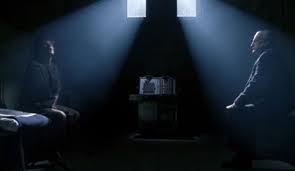 In worse news, we’ll never know Blatty’s original vision for the film. As luck would have it, the footage was lost. Or destroyed. More than likely by Steve Guttenberg.

Negativity aside, THE EXORCIST III tops a short list of movies that demand another day in court. Like THE EXORCIST II in its entirety, let’s just pretend that last part didn’t happen.