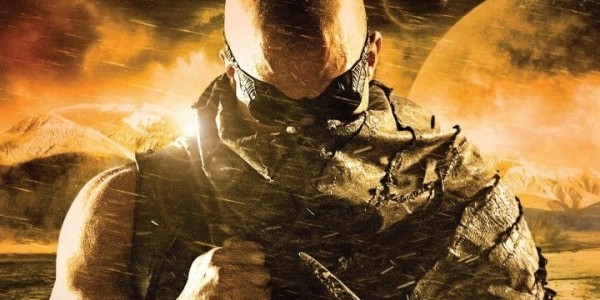 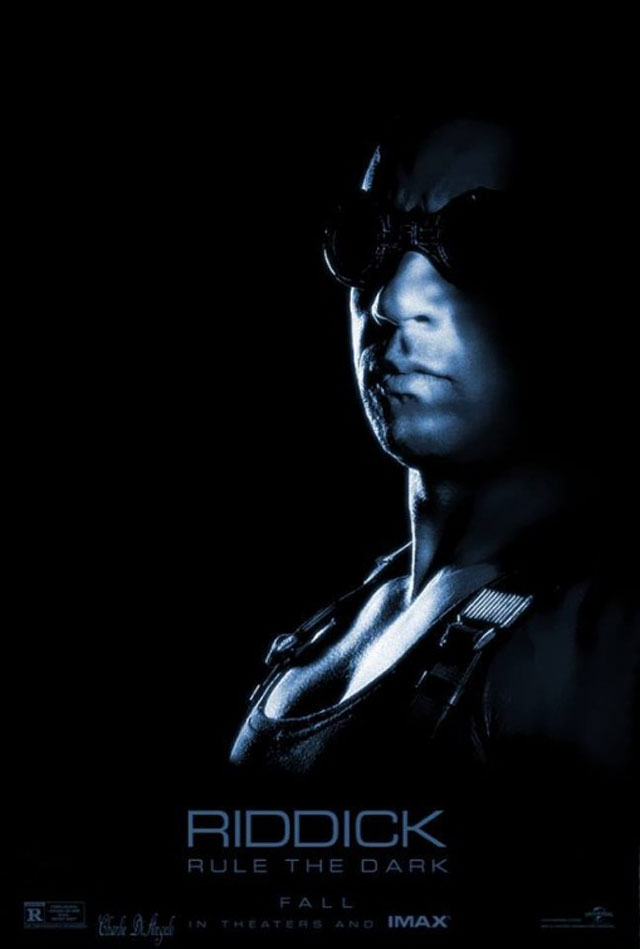 Written and Directed by David Twohy

There’s an old saying in Hollywood: mention CHRONICLES OF RIDDICK to Vin Diesel and he will punch you in the face. Hard. That may or may not be true, but if it isn’t, it should be. That film was a mess, it was single handedly responsible for wrecking a potentially great series that started with PITCH BLACK, and may or may not have been responsible for Diesel making THE PACIFIER, the investigation into that has stalled due to a lack of interest. After seeing Riddick’s return in the not so creatively titled RIDDICK, Diesel may want to punch director David Twohy. Hard. 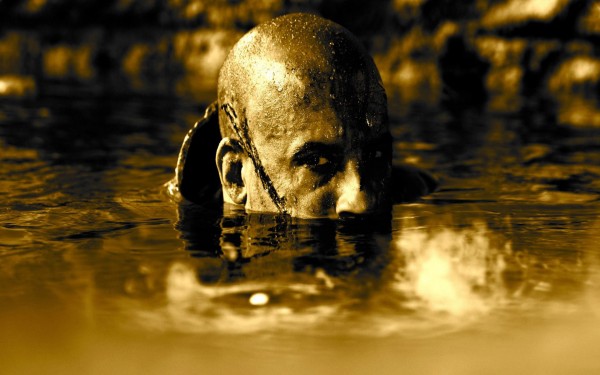 So here’s the basic set-up of the film. Riddick has been left for dead on a mean chunk of rock full of monsters and mean canines. When our bald badass detects a storm coming, he activates a radio beacon found at an abandoned camp hoping bounty hunters will arrive to collect the price on his head, thus providing him with a ship. He was right. 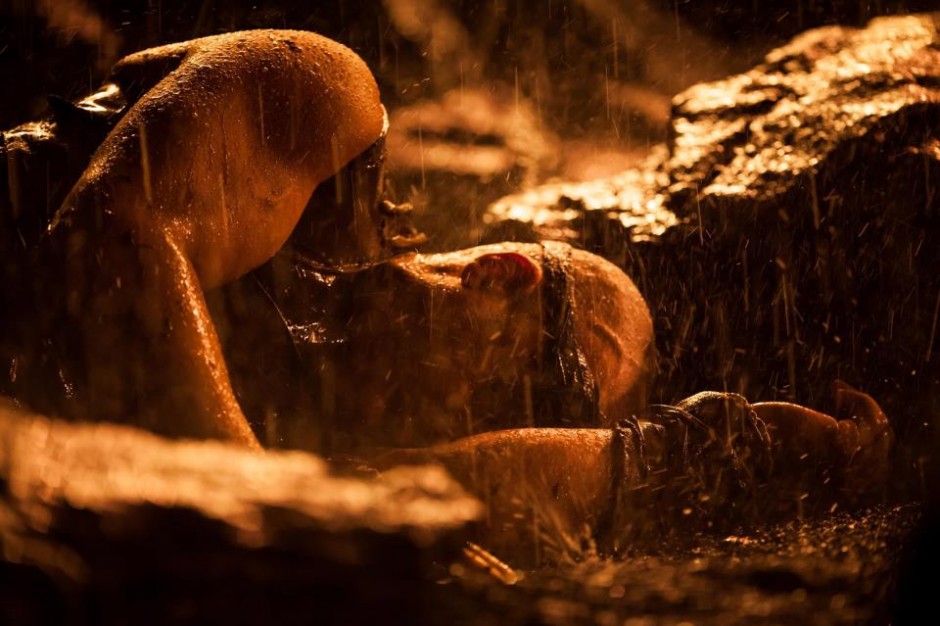 The first half of RIDDICK is virtually silent outside of the occasional grunt and growl. What we have for nearly 30 minutes or so is a stark story of survival: Riddick Vs. Unknown Planet X and the results are fascinating. I was hooked. It was fun to see this character that had previously been virtually indestructible battle his way through the opponents that this planet tossed at him. It’s CAST AWAY only in space. I know that sounds like a horrendous pitch but there is a true and adventurous heart for the first part of this film that is abandoned in the second half which turns into an uninspired and messy rehash of PITCH BLACK. The creativity that had me anticipating what was around the next corner had me looking at my watch once the bounty hunters arrive to capture Riddick, and by doing so, bring the film to a complete halt.

I can’t place all the blame on the bounty hunters though. Despite Katee Sackhoff and Karl Urban being the only serviceable actors in the rag tag cast, it’s Twohy’s dialogue that is so distractingly awful in parts that guffaws should have second billing in the credits. You know how Shane Black can write the kind of dialogue that makes tough guys even tougher? Twohy does the exact opposite. It is truly some of the worst dialogue I have heard in some time, and I am one of the suckers who watched SHARKNADO.

Vin Diesel is always fun to watch, he has a constant stream of underlying menace that breaks through in nearly every performance. He is without doubt one of the best things action films have going for them these days. I truly admire the passion he has for this character (he put a lot of his own cash into the making of this film), but if you’re going to take the time to do this, you should make sure the script is ready to match your drive. 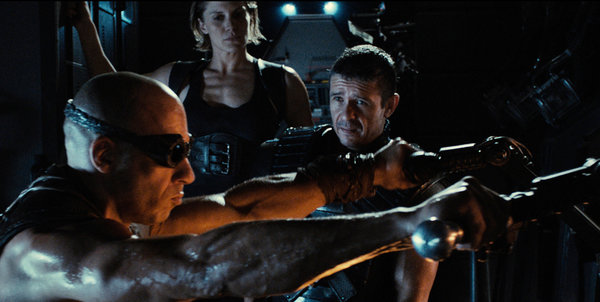 RIDDICK had an opportunity to not only be good, but to be great. Is it a better film than CHRONICLES OF RIDDICK? Yes, but that isn’t saying much. PITCH BLACK had the heart of a B-movie and a group of actors that could drive the bare-bones plot. RIDDICK has moments of fun that are quickly stomped on by easy outs and by the numbers action. If you’re a fan of the character, it’s worth checking out, if only to start the conversation of how great this could have been. One film has been good in this three film franchise, I am not sure we will get a fourth at bat to determine if this series could ever be great.