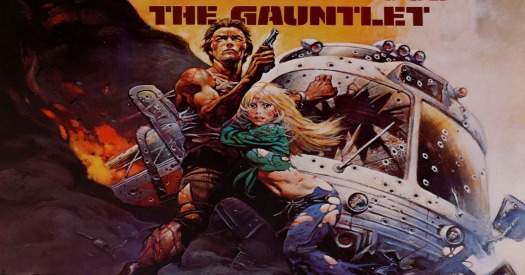 We all have our favorite Eastwood films. THE GOOD, THE BAD, AND THE UGLY is going to grab the top spot on most lists, including mine, but wandering around the Top 5 is 1977’s THE GAUNTLET. Though he still slings bullets and is all kinds of tough, there is an energy to this film that isn’t found in the DIRTY HARRY series. Almost like Eastwood knew how routine the “deliver the witness to the trial on-time” story is so instead of playing it safe he turned everything up and went full-tilt boogie on the action, pausing just long enough for us to give a shit about Eastwood and Sondra Locke’s characters. I came across this promotional video for the film after I gave the film another spin last night and thought I would toss it up here for you Bastards to dig on.

“You mess around and I’ll put the cuffs on you. You talk dirty – I gag you. You run – I’ll shoot ya. My name is Shockley and we’ve got a plane to catch. Let’s go.” Ben Shockley 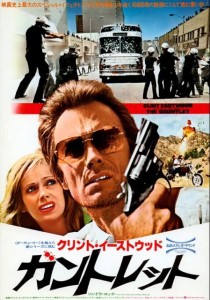