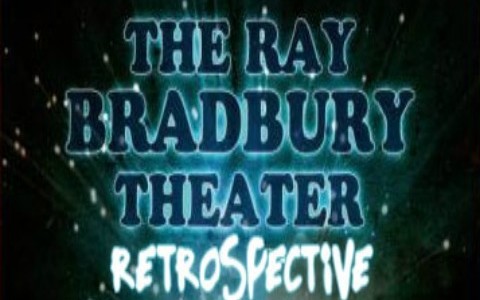 One of the major pleasures of exploring THE RAY BRADBURY THEATER is the rather wonderful opportunity to read Bradbury’s wealth of incredible short stories. Though I was a ravenous reader as a teenager, and read my share of Bradbury, I sadly neglected his shorter works in favor of his novels (“Something Wicked This Way Comes” was a childhood favorite).

It’s also fascinating to see how these shorter works are adapted for the screen, as the adaptation of a short story holds unique pitfalls compared to adapting a longer work. Even the most well crafted novels are usually pieced together in a way that some elements can be dropped without entirely losing the texture and themes of the work. But a short story is built around economy. When you start to add superfluous elements, things quickly get weighed down. 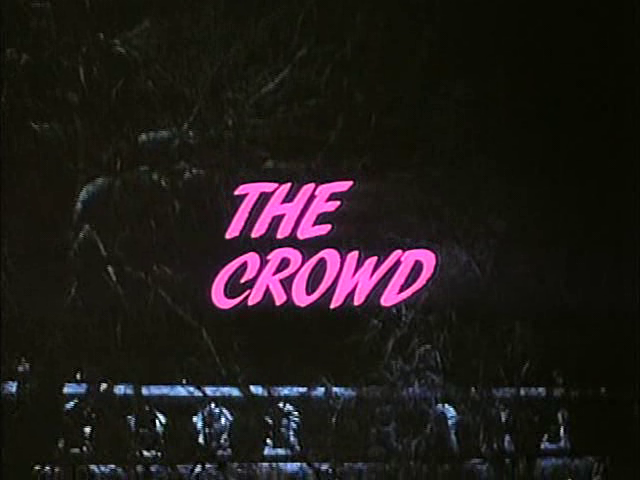 Ray Bradbury based his short story “The Crowd” on an autobiographical incident from his youth. While visiting a friend at age 15 he heard a horrific crash from outside, and ran to discover a car of people had crashed into a telephone pole. Four people died immediately in the crash, but what Bradbury most noticed was how quickly a crowd started to form around the accident. Even with his friend’s house being the closest location, people just seemed to pour out to survey the scene. Who were these people that suddenly appeared during these tragic moments? Did they pour out of the local factories, or did they wander in from the cemetery?

The story is a potent, eerie examination of such crowds, and the seemingly supernatural way they seem to convene. In it, a Mr. Spallner crashes his car and – while recovering in hospital – starts to obsess over the speed in which a group surrounded his accident. While talking it over with his friend Morgan another accident occurs. and Spallner runs out to test his suspicions; noticing some familiar faces in the crowd. Hiring a clipping service, Spallner begins collecting photographs from accident scenes, and soon discovers the same faces in the crowd again and again – wearing the same clothes, with some appearing identically in incidents a decade apart.

Despite Morgan’s initial dismissal of the idea, even he begins to start wondering where these people come from and what their purpose is. Spallner suspects the assembly is actually choosing who lives and who dies in these accidents; stealing the air of victims and moving the bodies of those with spinal injuries so that they die at the scene. But when heading to the police station to show off the evidence, Spallner gets into another accident of his own and has to face the quickly gathering crowd.

It’s beautifully presented, and preys on both our suspicions and anxiety around “faceless” groups, as well as our seemingly uncontrollable draw towards tragedy. We are addicted to the pain of others, and Spallner’s inevitable fate is to join the same crowd he’s been finding himself terrified by.

The adaptation, with a screenplay once again written by Bradbury, captures the broad strokes of these ideas, but falters a little bit with the execution. In this version, Spallner (Nick Mancuso) is a neon sign artist who – rather spectacularly – crashes his car and becomes obsessed with the faces of the crowd that surrounded him. As in the original story, his friend Morgan (R.H. Thomson) is skeptical, until Spallner shows him a collection of videotapes he’s collected of various car accidents. However, in this version the ghostly suggestion of the story is made more explicit. Spallner has tracked down photos of the crowd members from autopsy photos in the local morgue. As well, he can never quite make out the face of one of the crowd members. Spallner and Morgan decide to go out and investigate, and actually end up talking to one of the people in the photos. But when fear overtakes Spallner, he ends up causing an accident of his own – and revealing the face of the man in the crowd.

By removing some of the ambiguity of the original story – and adding the mystery element of the faceless crowd member – THE CROWD ends up feeling like a watered down version of its source.  It’s also distractingly 80s, with its synth soundtrack (by regular BRADBURY THEATER contributor Louis Natale) making the serious subject matter feel a bit silly. Heck, even the idea of a “neon sign artist” is about the most 80s thing I can think of. Director Ralph L. Thomas handled the interplay between Spallner and Morgan perfectly fine, but the outdoor scenes are plagued by extremely poor dubbing. It’s a middling translation of an excellent story. 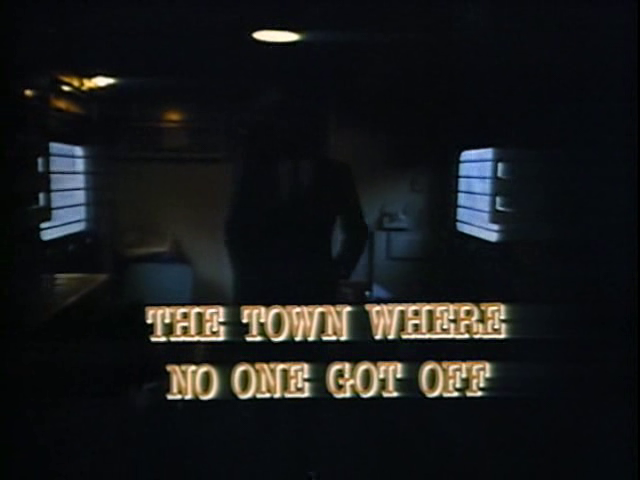 Episode 4 – The Town Where No One Got Off

“The Crowd” may have been conceived from an autobiographical incident in Bradbury’s life, but “The Town Where No One Got Off” is a story that feels even more intensely personal. Perhaps it’s that it’s written in the first person, or perhaps because it addresses man’s capacity for violence in a way that feels extremely private. In fact, this is the first episode of the series that includes no fantastical elements, yet still remains the most tense and impressive out of all we’ve seen thus far. It’s also a superior adaptation, despite some tire spinning in the first ten minutes.

It’s a story with two acts. The first involves an unnamed man – possibly Bradbury himself – who, while riding a train and staring at the small, quiet towns as they pass by, starts to ponder what might go on in such places. What sort of people live there? What stories are told? Struck with the idea, and despite the protestations of his friends, he gets off at a random little suburb and begins to explore – and here is where it gets good. An old man watches from afar as the narrator explores the town, and eventually the two begin to talk. The old man confesses that he’s been waiting for someone to get off at that train station for twenty years. Within the man is an all-encompassing desire to kill. While others find a release from the dark thoughts in their head in the form of hunting or boxing or war, he’s simply never had a release. So, he talks calmly about his intention to kill the random man who has appeared in his quiet town. The perfect crime. Or, it appears to be – until the narrator finds a unique way to turn the tables.

As if to put a fine point on the personal nature of the story, the episode is prefaced by a short sequence featuring Bradbury himself; searching for inspiration at a train station. He’s joined by a Trainmaster played by Ward Kimball, one of the legendary Nine Old Men animators at Disney. Why is it here? Who cares! I’d be happy if Bradbury made Hitchcock-style cameos in each episode. Not having watched ahead, I don’t know if we’re likely to see any more acting from Bradbury (and distinguished guests), but here’s hoping.

While most of the episode is a fairly straight adaptation, there are a few quirky elements that have been added. The protagonist – played by Jeff Goldblum –  is now explicitly a writer, and instead of a playful conversation landing him in the middle of nowhere, he’s actually goaded into stepping off the train by a businessman who accuses him of being a “bleeding heart”. Also, instead of encountering a pleasant, nondescript town, the people are – for some reason – unreasonably nasty to the out-of-towner. I felt like this actually diminishes the idea from the story that darkness can exist and fester in even the most idyllic burg.

But once the old man (Ed McNamara) is introduced into the story, things really come together. The dialogue is almost word-for-word from the source, and the tension builds very naturally as the two men verbally spar. I like to think Goldblum took some time off from filming THE FLY in Ontario to do this episode, and he brings all of his offbeat charm to his role. But it’s McNamara’s folksy gravitas that is most impressive, and he capably plays a man torn up by his own destructive thoughts. Despite the early missteps, it’s a superior adaptation and captures much of the power of Bradbury’s words.