This year’s inaugural Cinepocalypse film festival in Chicago has a spectacular lineup. I’ve been lucky enough to catch some of the films playing the festival at other festivals this year and if they’re any indication of what’s in store, Chicago genre fans are in for a hell of a treat. Here are five films playing Cinepocalypse I’ve covered for Daily Grindhouse from previous festivals that you definitely don’t want to miss. 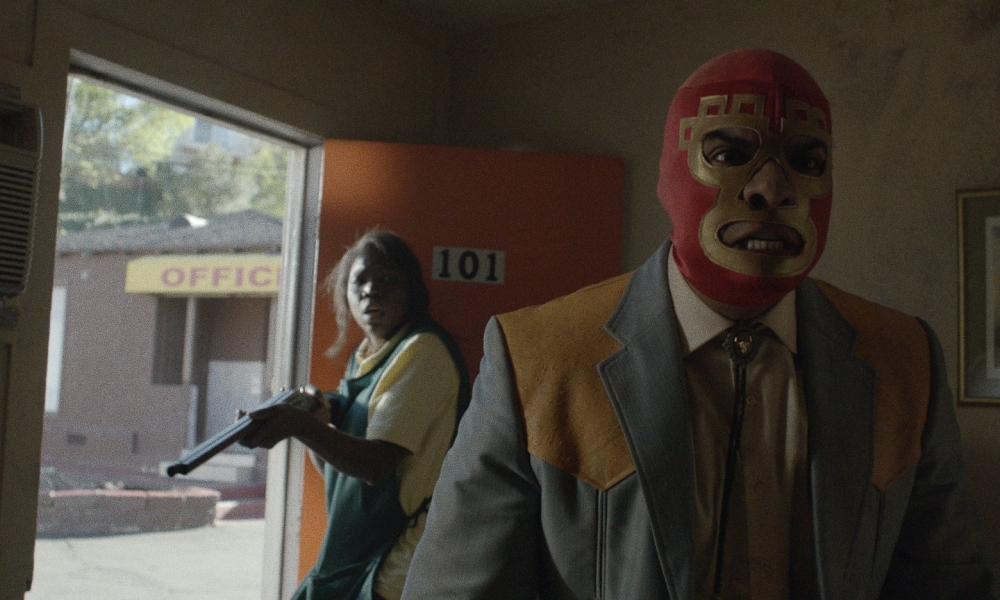 Teddy (Mark Burnham) is a sleazy crook whose grimy fast-food taco place hides a chamber of horrors where he engages in human trafficking, involuntary organ transplants, drug dealing, and any other number of unsavory activities. His muscle is El Monstruo (Ricard Adam Zarate), youngest and smallest son of the legendary luchador of the same name, whose blackout-inducing rages have contributed to his fall. But El Monstruo is blinded to Teddy’s evil by his own loyalty and the fact that Teddy introduced him to Kaylee (Santana Dempsey), a struggling addict who is carrying El Monstruo’s child. When Teddy orders accountant Keith (Shaye Ogbonna) to track down Kaylee and bring her to the taco shop in order to make up for embezzling from Teddy’s side business, Keith’s freshly-paroled best friend Randy (Jon Oswald) and harried motel owner Crystal (Nicki Micheaux) are dragged into a violent and confusing afternoon that obviously will not end well for much of anybody. LOWLIFE is the feature directorial debut of Ryan Prows, who co-wrote the film’s screenplay with his writing collaborator Shaye Ogbonna and their co-writers on the web series BOOMERANG KIDS. It makes sense to be apprehensive when the opening credits list five screenwriters, but the final result certainly doesn’t feel like the kind of tonal patchwork many films with so many writers have. The film is gruesomely violent, but it’s also hilarious and touching, thanks to a spectacular cast. Its fractured timeline and criss-crossing cast of low-level criminals obviously owes a debt to Quentin Tarantino and PULP FICTION in particular, but LOWLIFE has its own highly unique charms and never feels like anything but itself. This is one of the best independent films of the year, and it sets a damned high bar for Prows and company to clear for their next feature outing. Whenever and whatever it is, I can’t wait to see it. 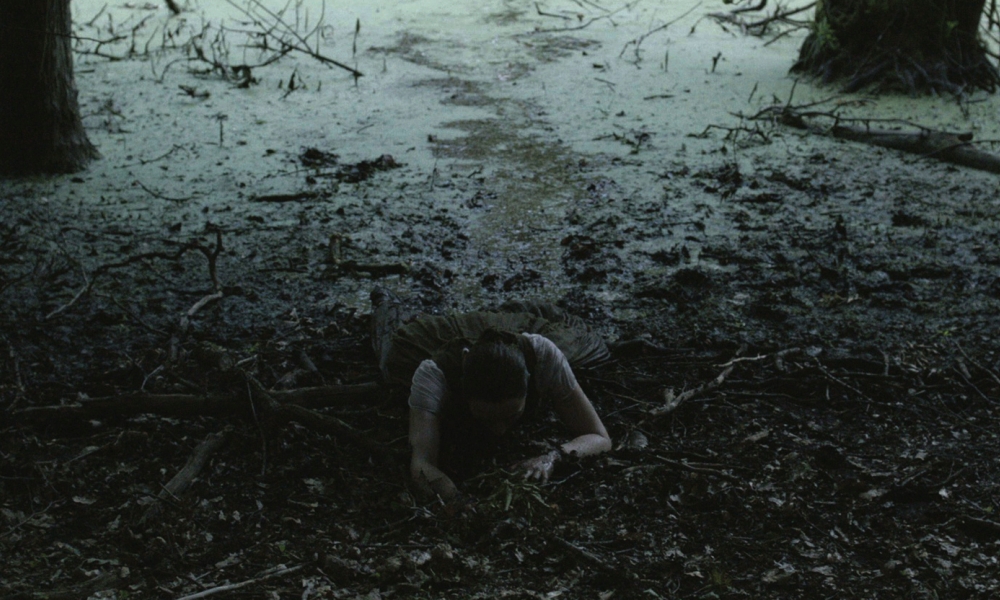 In 15th century Europe, Albrun (Aleksandra Cwen) is a young woman who lives in the remote cabin where she and her mother were all but banished by the local village. The villagers despise and fear the women in equal measure, believing them to be witches because they refuse to follow the Christianity that has established itself in more “civilized” places. HAGAZUSSA plays almost like a hybrid of two excellent recent horror films: Its period setting and terror of the supernatural recalls THE WITCH, while its structure and focus on a central female character echoes THE EYES OF MY MOTHER. While both of those films had a claustrophobic quality that contributed to the unease they inspired, HAGAZUSSA takes full advantage of the gorgeous and imposing vistas of its European setting. It really feels like a black metal album cover come to life with its sweeping vistas of mist-shrouded forests clinging to dark mountains. An excellent score contributes to the film’s bleak, brutal atmosphere. This would make a fantastic double feature with Rainer Samet’s NOVEMBER, to which it feels something like an even darker and less playful cousin–each film portrays life in a world largely pagan where Christianity inspires strange (and potentially dangerous) superstition. 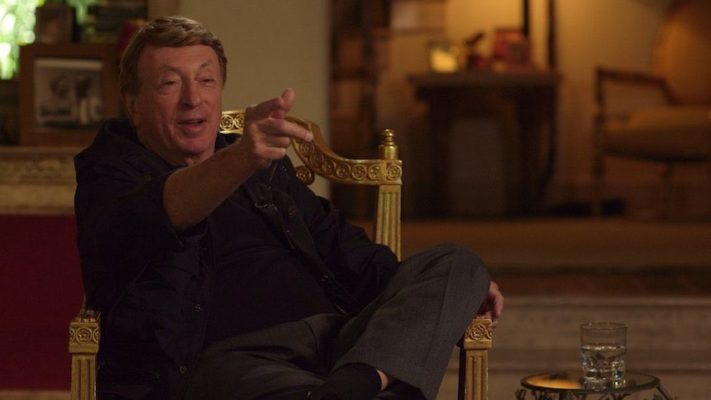 Larry Cohen is an absolute legend of genre and exploitation cinema, a writer/director/producer whose career has encompassed blaxploitation hits like BLACK CAESAR, horror classics including IT’S ALIVE, and the better part of a hundred writing credits stretching back to 1950s television. His films as director have been hugely influential, and KING COHEN offers a comprehensive look at the man and his work from those early scripts to present day. Cohen himself is a fabulous raconteur, quick-witted and outspoken, so director Steve Mitchell wisely allows the man quite a bit of screen time to talk. He also hilariously juxtaposes Cohen’s stories with interviews with some equally entertaining subjects including Fred Williamson, Michael Moriarty, JJ Abrams, John Landis, Joe Dante, and dozens of others. Anyone who’s already a Cohen fan will be delighted by the chance to spend so much time with the man, and anyone who’s interested in a solid overview of his staggeringly impressive career will find KING COHEN essential viewing. Hopefully the home video version will include several more hours of Cohen talking, which would be just about the only thing that could improve on this portrait of a filmmaker with a wildly imaginative and truly original voice. 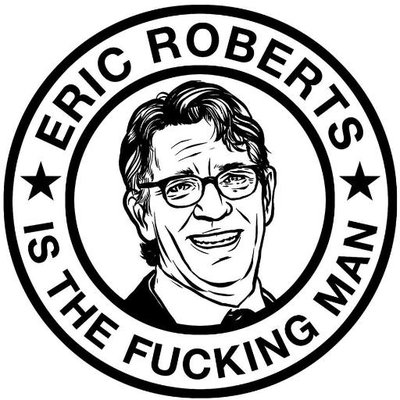 The Cinepocalypse screening of KING COHEN is extra exciting since it’s accompanied not only by an appearance by Larry Cohen himself, but the fest will also have a 35mm rep screening of Cohen’s 1990 film THE AMBULANCE starring Eric Roberts. Roberts is also appearing at the fest for a live recording of Doug Tilley & Liam O’Donnell’s podcast Eric Roberts Is the Fucking Man, which will be feature Roberts himself on their show for the first time! 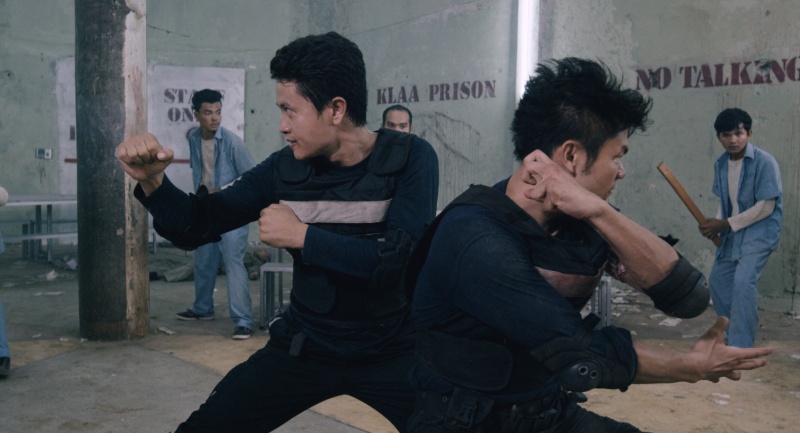 Playboy (Savin Phillip), the public face of the infamous all-female Butterfly Gang, has been arrested and agrees to snitch on Madame Butterfly (Celine Tran), the real leader of the gang. Madame gets word to one of the gang leaders in the prison where Playboy is being transferred that he must be killed before he can testify, and the reward will be $200,000. The police team transporting Playboy includes Jean-Paul (Jean-Paul Ly), who has been transferred from Paris for some reason. The first part of the transfer goes smoothly, but once Playboy is in his cell the gang makes their move and the police must fight their way out of the prison and keep Playboy alive. JAILBREAK is a highly entertaining martial arts action film that barely takes a breath once it gets all the pesky setup out of the way. Think of it as a cousin to THE RAID, only made on a thrift-store budget and punctuated with some really goofy humor. Those aren’t complaints–it’s rare that a film including the sheer number of broken bones and busted faces as this one can be honestly described as “endearing,” but this certainly qualifies. There’s an infectious energy and enthusiasm here for the martial arts on display and action cinema that is undeniable. It’s not the most polished action movie out there, but JAILBREAK is hands-down one of the most fun and purely entertaining action films of the year. 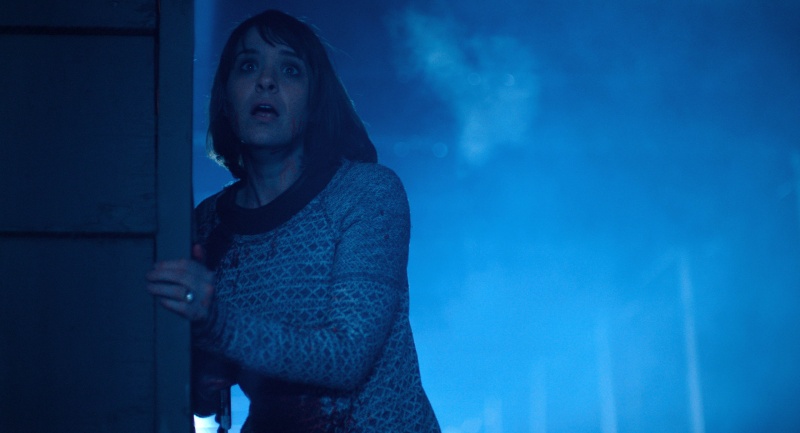 Casey and James Pollack (Brea Grant and AJ Bowen) are heading to a cabin in the woods for a snowy weekend getaway with their teenage kids Jessica (Sophie Dalah) and Jason (Joshua Hoffman) and Jessica’s friend Becky (Elise Luthman). While everything seems fine, the audience knows something is about to go very wrong when we are shown the opening sequence of an episode of the TV series INSIDE CRIME about the murder of the Pollack family at the hands of Casey. When we return to the Pollacks, James finds a woman unconscious in the woods and brings her back to the cabin–when she wakes, she introduces herself as Leslie Bison (Barbara Crampton) and immediately makes everyone very uncomfortable with some inappropriate behavior. APPLECART continues on these parallel tracks, cutting back and forth from the story as it unfolds and the 100% pitch-perfect replica of an Investigation Discovery-style “true crime” TV show. This makes it feel a bit patchwork, and the TV segments undercut the tension of the main narrative, but the film has weird energy to burn and a career-best performance from Barbara Crampton. The whole cast is great, but Crampton is incredibly funny and menacing, much different from the typical roles we’ve grown used to seeing her in lately.

While APPLECART had its world premiere at this year’s Fantastic Fest, the version of the film playing Cinepocalypse is a new cut, so it’s something of a re-premiere! The film is absolutely worth watching for Barbara Crampton’s phenomenal performance alone, and I’m anxious to see how the new cut changes the film from its previous form.