MAXIMUM OVERDRIVE co-starred Marla Maples, which makes Donald Trump the only U.S. President whose ex-wife was in a Stephen King film. 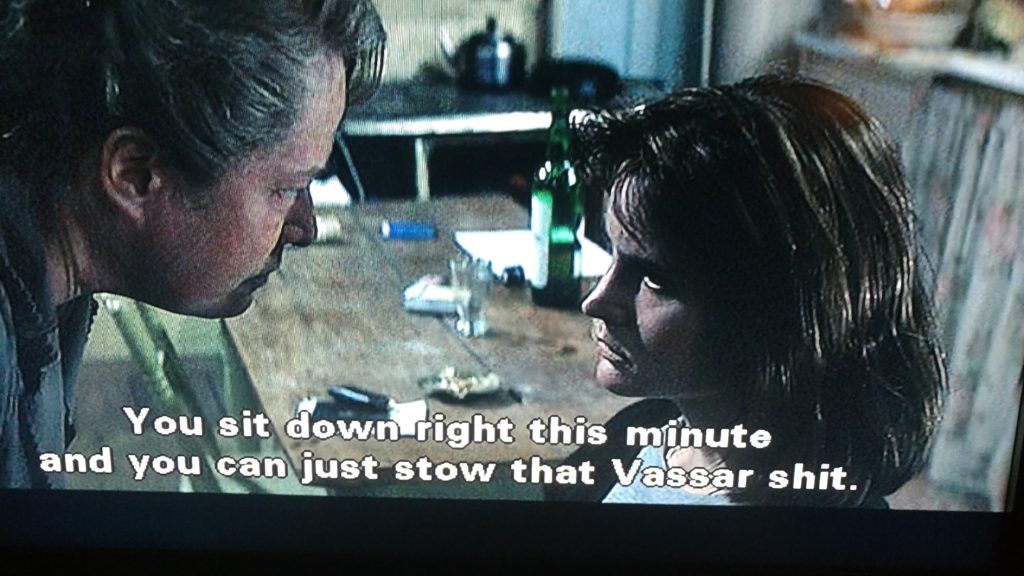 The Shining has been adapted into a feature film, a TV mini-series, an opera, and also a burlesque routine by Rosie Cheeks. 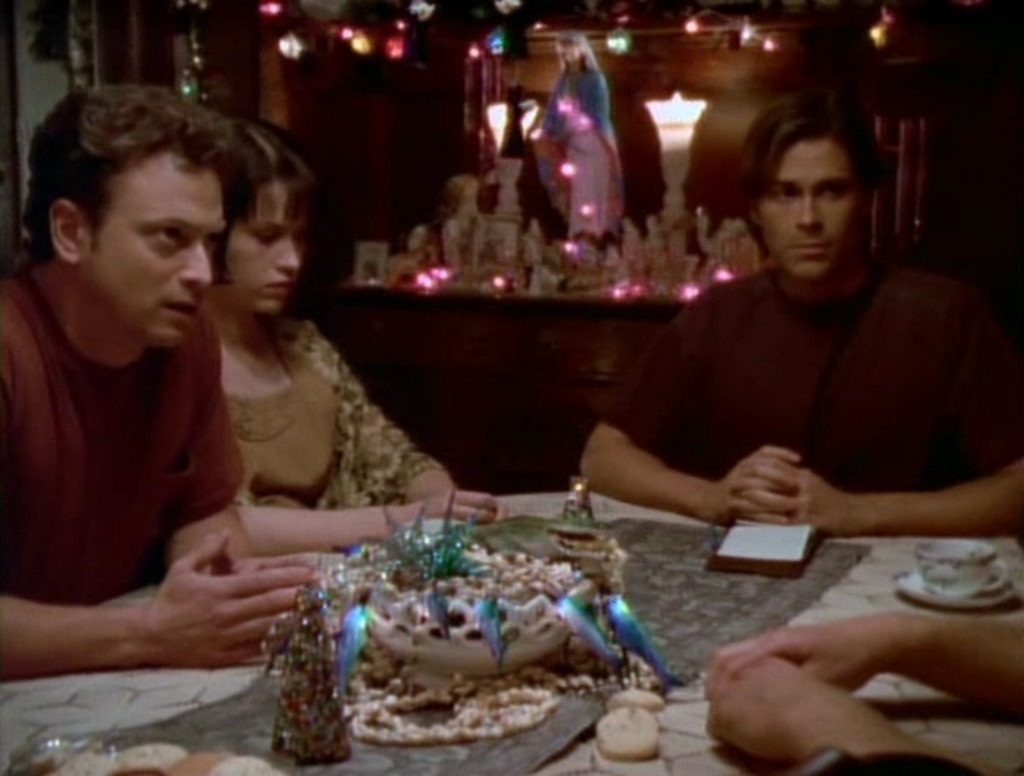 Despite being pillars of the ‘80s Brat Pack genre, Molly Ringwald and Rob Lowe had never appeared in a movie together until they were cast in THE STAND. 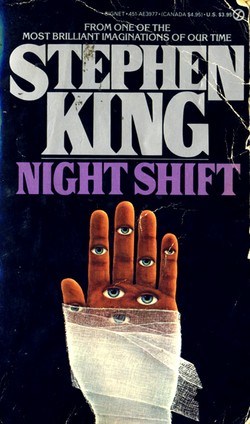 King’s first short story collection, Night Shift, has spawned 21 feature films — though nine of them were CHILDREN OF THE CORN movies. Other cinematic adaptations include three films based on “Sometimes They Come Back” (a 28 page story), 3 films inspired by “The Mangler” (a 19 page story) and 2 films loosely based on “The Lawnmower Man” (a 10 page story.) 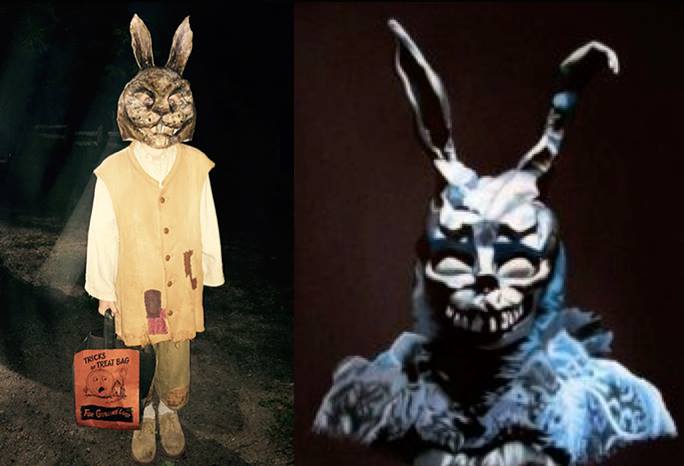 In an interview, Stephen King stated that if he weren’t a writer, he’d like to be “a long-haul trucker.” Maybe that’s why he’s played a few truck drivers. 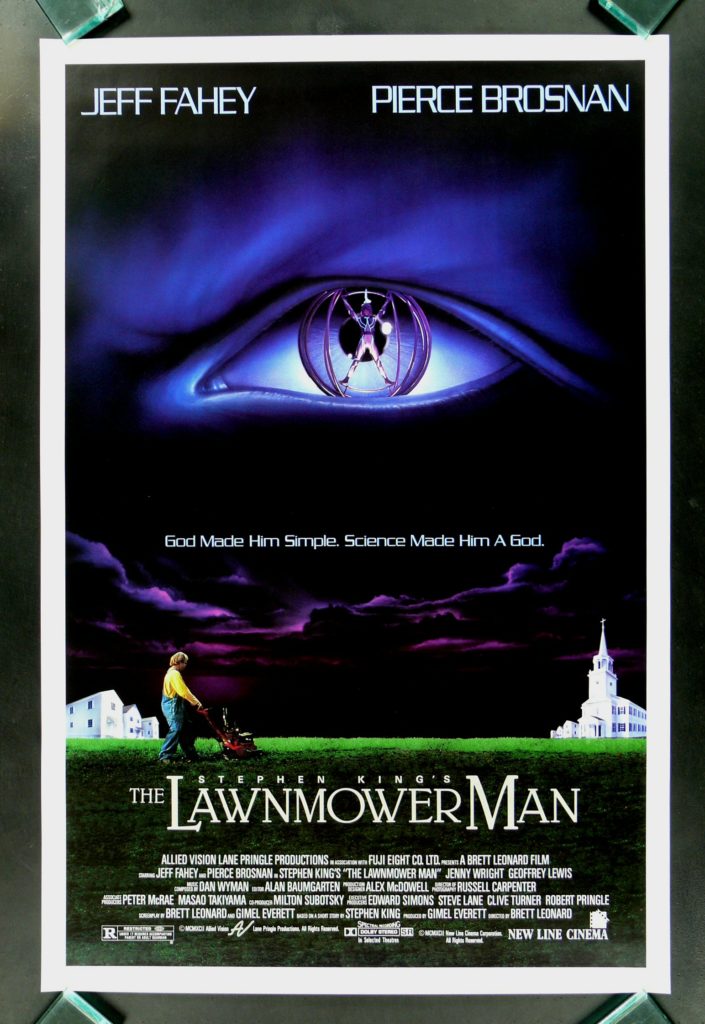 THE LAWNMOWER MAN marked the first time King sued to have his name removed from a film project. King won the lawsuit. and New Line Cinema had to pay the author $2.5 million in damages for the 1992 movie that bore little resemblance to his 10-page story. 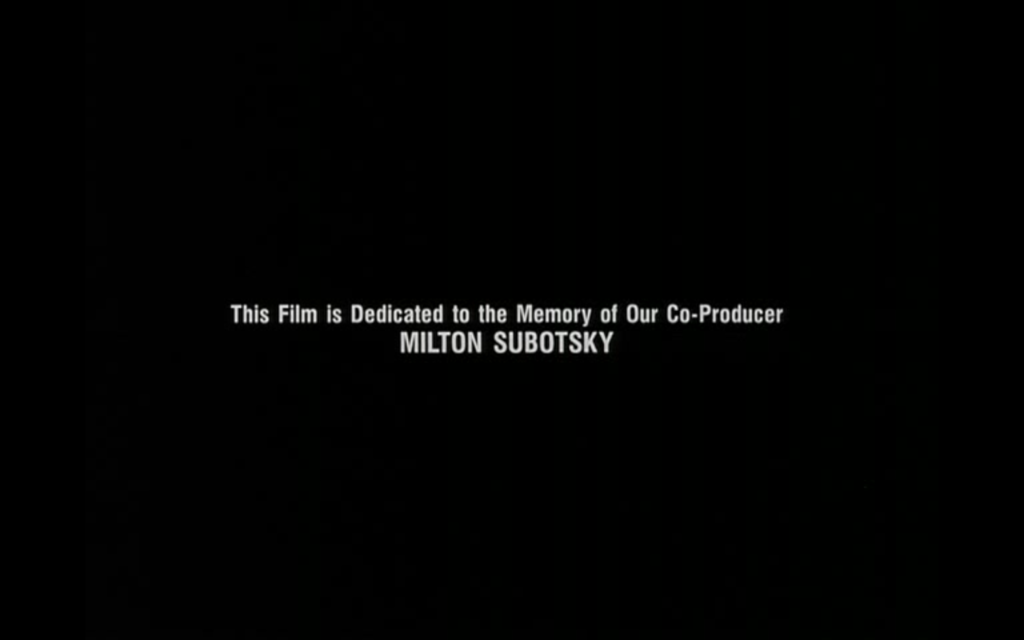 THE LAWNMOWER MAN was dedicated to Milton Subotsky, a schlockmesiter (known for anthology horror films) and co-producer of CAT’S EYE and SOMETIMES THEY COME BACK. It seems a fitting tribute that Subotsky was memorialized by a cash-grab B-movie.

In Danse Macabre, Stephen’s King’s 1981 treatise on horror, he praises one scene in the movie SQUIRM where a character is about to drink an egg cream without realizing there’s a bloodworm in it. King would re-create that same suspense in CREEPSHOW by having Upston Pratt eat cereal without knowing there were cockroaches in it. 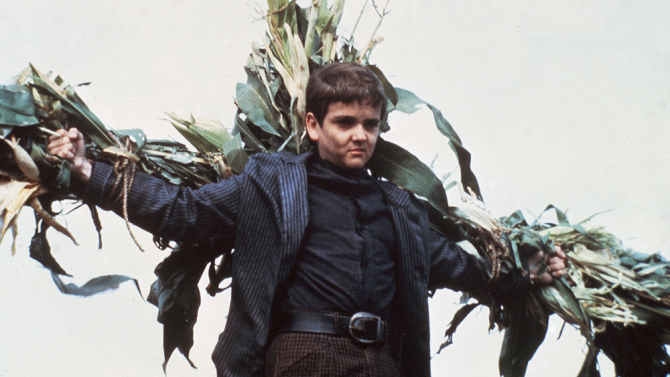 The DVD of John Carpenter’s CHRISTINE has 26 minutes of deleted scenes, including a moving monologue where Arnie breaks down crying. Unclear whether this was cut for time or if the scene made the anti-hero too sympathetic. (Carpenter has a history of this decision-making, he removed a scene in ESCAPE FROM NEW YORK that showed Snake Plissken being self-less during a bank robbery and it was cut to make Snake less likeable.) 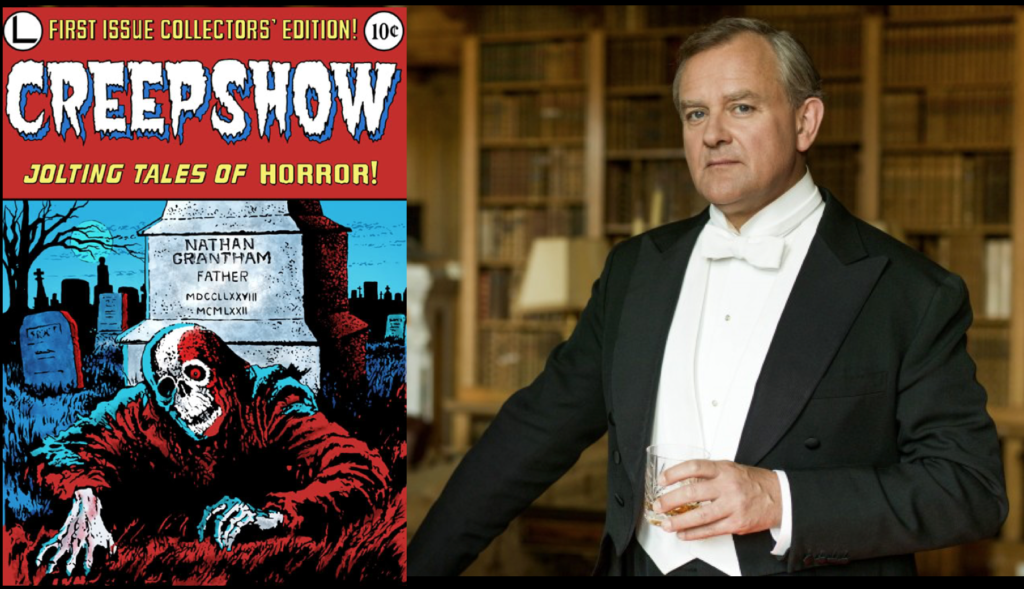 The “Father’s Day” segment of CREEPSHOW centers on a wealthy family with the last name “Grantham” – the same surname of the wealthy family in DOWNTON ABBEY. Daily Grindhouse theory: the families are related. 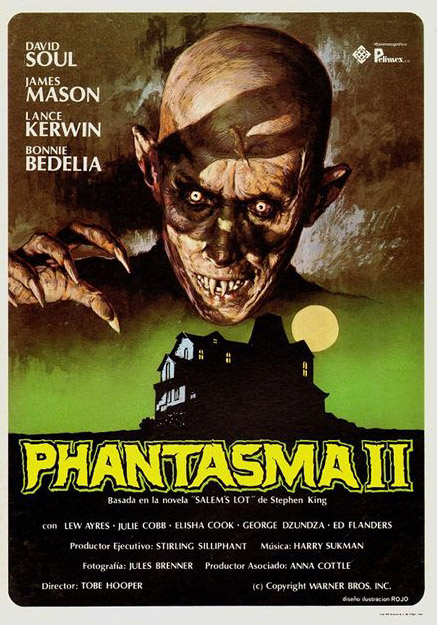 The 1979 TV movie of SALEM’S LOT was released theatrically in Europe, where it was marketed as a sequel to PHANTASM. (Ironically Phantasm director Don Coscarelli has stated that parts of his PHANTASM 2 were inspired by King’s novel: Two guys going on an endless road trip, killing monsters.) 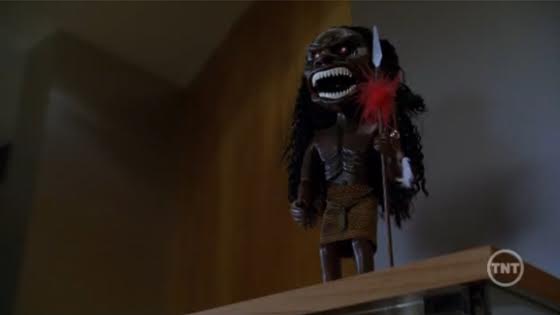 King acknowledges Richard Matheson as one of the horror writers who made him want to become an author. In the “Battleground” episode of NIGHTMARES & DREAMSCAPES, a wealthy toy collector owns the Zuni Fetish doll (first seen in Matheson’s TRILOGY OF TERROR.) The teleplay was written by Richard Matheson’s son, Richard Christian Matheson. 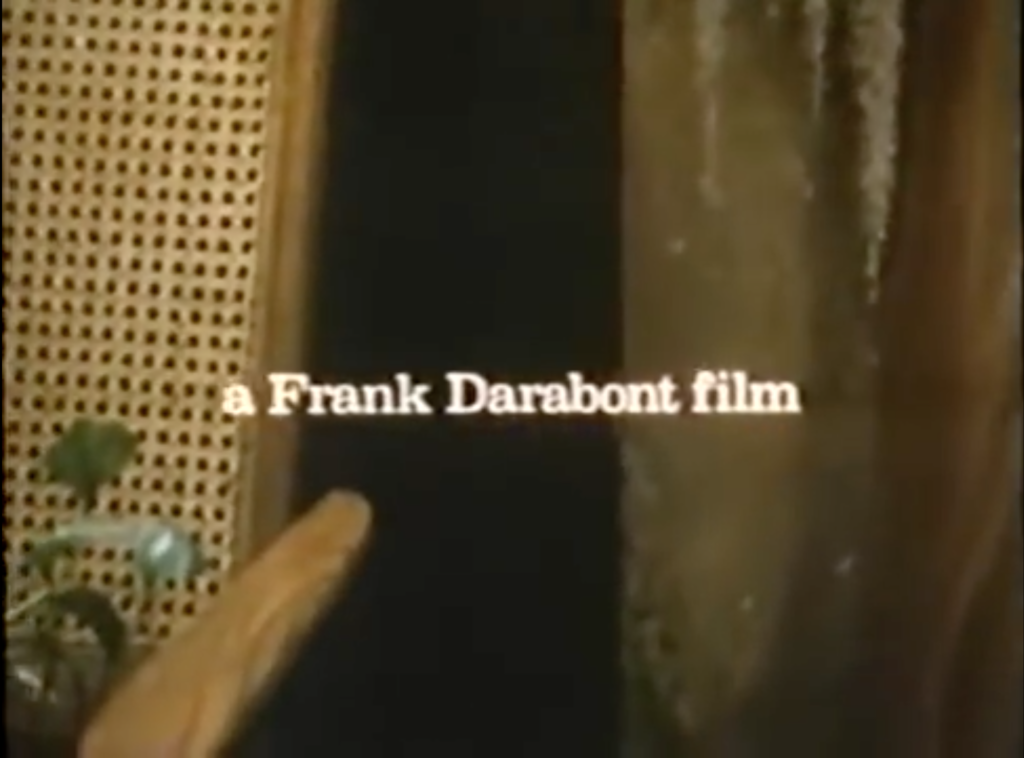 Director Frank Darabont is best known for bringing THE SHAWSHANK REDEMPTION to the big screen. But his first directing gig was in 1983, making a short film from King’s story “Woman in the Room.” Watch it here.

The 2013 version of CARRIE marks the first time Carrie White was portrayed by an actual teenager: Chloe Grace Moretz played the part when she was 15, compared to Sissy Spacek, who was 26 and Angela Bettis, who played the high school student when she was 28 years old.

The vengeful, voodoo kid in CREEPSHOW was played by young Joe King (who would grow up to become horror novelist Joe Hill.) 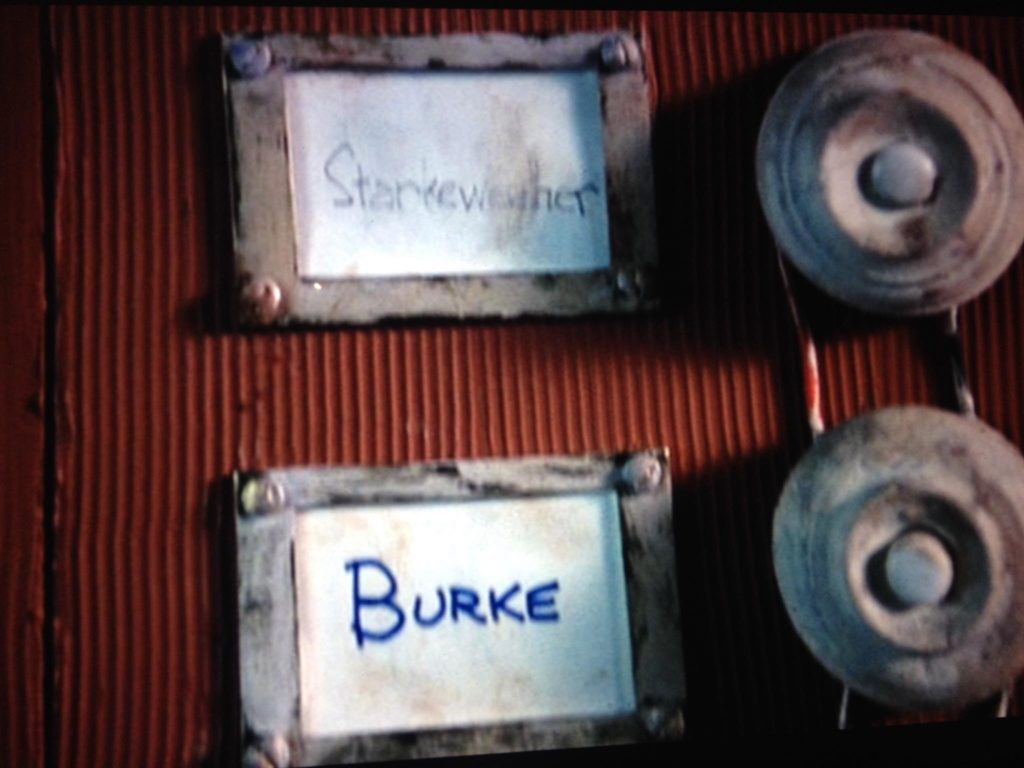 Looking at the buzzers of Bev’s apartment house in IT (1990), her neighbors are named after murderers Charles Starkweather and William Burke. 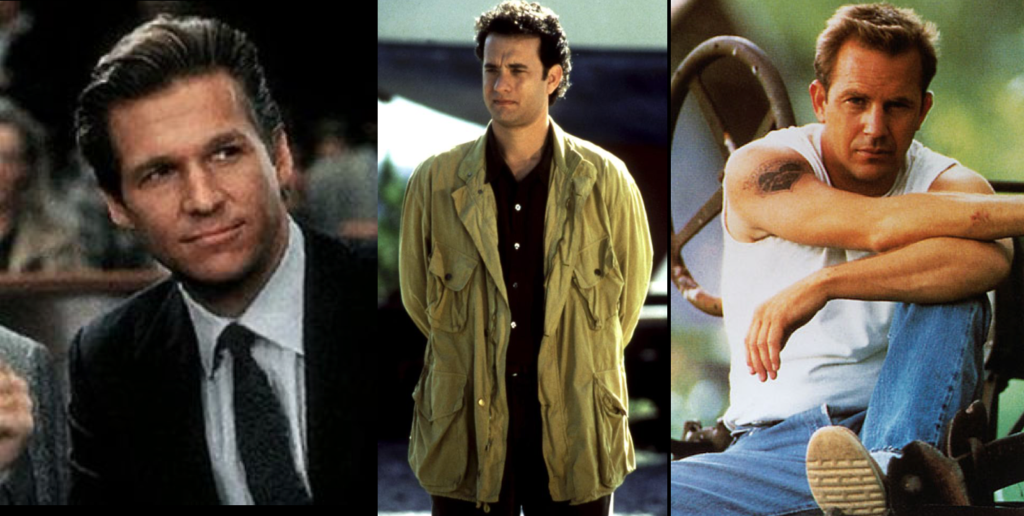 Tom Hanks, Jeff Bridges and Kevin Costner all turned down the lead role of Andy Dufrense in THE SHAWSHANK REDEMPTION.

While directing the steamroller sequence in MAXIMUM OVERDRIVE, director Stephen King had the idea to place a blood-bag on the head of the dummy as it got crushed. King hoped this would leave a red streak on the roller, but instead it created the illusion that the kid’s head blew up. Delighted by this happy accident, King sent a videotape of the gruesome effect to his friend George Romero, who said the footage made him sick! (The bloody effect was ultimately cut from the film to obtain an R-rating.)

For more — so much more! — about Stephen King movies, get to Brooklyn next Thursday for KEVIN GEEKS OUT ABOUT STEPHEN KING!