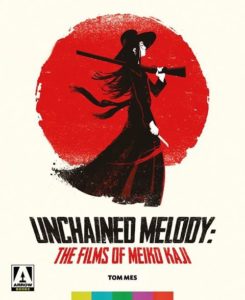 I was perusing my favorite and only local independent DVD shop in Tampa, Florida a few months ago, Grindhouse Video Of Tampa  — visit them here —  when I spotted a biography on the legendary Meiko Kaji, published by Arrow Books! Yes, the same Arrow that has been releasing some of the best DVD sets around, including the Prisoner Female Scorpion and Stray Cat Rock DVD sets. Completely ecstatic, I picked it up and read it as quickly as possible. This is a great book! Author Tom Mes has written an amazing biography, with a ton of little-known facts and director’s insights regarding the unique career of Meiko Kaji: 148 pages of solid information, including Meiko’s complete filmography, album discography, and the Meiko Kaji DVD and Blu Ray releases currently available. This biography reads easy and fluid. And I love that Tom included profiles of some of the most iconic Japanese cult directors who worked with Meiko, including Masahiro Makino, Yasuharu Hasebe, Shunya Ito, Toshiya Fujita, Kinji Fukasaku and Yasuzo Masumura. Amazing!

Do yourself a favor: If you are a fan of Meiko Kaji, get this book. It does not disappoint! I loved the book so much that I just had to contact author Tom Mes and ask him a few questions.  And here they are: 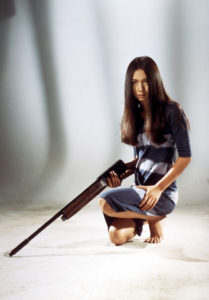 1) Why did you write this book? You could have picked other Japanese filmmakers or actors. Why Meiko Kaji?

Firstly, a simple reason: she is one of my favorite actors, certainly among Japanese performers. She is someone who has a unique presence that involves a lot of mystique, especially in the roles she is best known for, which are Female Prisoner Scorpion and Lady Snowblood. In spite of her radiant good looks, there is something reluctant to the way she performs, as if she’s refusing to be the star. I mean, she has almost no dialogue in those films. Imagine a star who cuts all her own dialogue from the script. It’s unheard of! But that mystique seemed to extend beyond her on-screen performances and into her life and career. Nobody had ever looked into why her career developed the way it did, why she didn’t become the megastar she was clearly poised to become in the mid-1970s. At least, nobody had ever done this in any other language besides Japanese.

Secondly, Meiko Kaji is such an iconic figure for a certain era in Japanese filmmaking that remains popular to this day: the 1970s popular genre films – or exploitation movies, if you will. We all know that it was a time of stylish movies that pushed the envelope in terms of portraying previously taboo subjects such as sex and violence. It was like that in other parts of the world too, in American or Italian cinema for instance. In Japan, though, it ties in with a very dramatic development in the film industry, which is the fall of the studio system, where these mighty major studios were forced to stop producing films or even shut their doors entirely. So there was the collapse of the old and the emergence of something new. Looking at Meiko Kaji’s career leads you through those developments, and that was a context that I felt hadn’t quite been covered sufficiently.

Thirdly, and perhaps most importantly, I was lucky enough to meet her on two quite informal occasions. I was not only overwhelmed by her kindness and charisma, but also found her a fascinating person. Doing a book that looked beyond her best-known roles and beyond her public image was kind of a tribute to this rather wonderful lady. Though in the end, I decided to focus on her career and not on her private life, mostly for the reasons outlined above, I did intend to give you a little glimpse of the personal side of her in the book’s prologue. 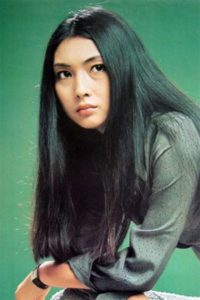 2) When did you start writing?

A few years ago, actually. I had done fairly extensive liner notes for the German DVD releases of Lady Snowblood 1 and 2 by distributor Rapid Eye Movies. Then when they were getting ready to do Female Prisoner Scorpion, I suggested writing a book on Meiko Kaji to go with the box set of those films. But they actually ran into some trouble with the German censorship board over those films, believe it or not. I ended up writing an appeal to the board members to support the label’s case, detailing the films’ historical importance and how they deal with issues such as political revisionism and the role of women in society. In the end, everything worked out fine and they could release the films uncut, but those kinds of procedures can be costly for a distributor and I think that’s why Rapid Eye decided not to go for a book but opted for the usual liner notes instead. Having written that appeal already, those liner notes still ended up quite long and I actually had to cut them down, ironically enough. But between those and what I had already written for Lady Snowblood, I felt I had the beginnings of what could become a book.

3) How did the gig with Arrow come about?

Rapid Eye and I had kept in mind the idea of doing something more extensive together, in some form, on Meiko Kaji. In the meantime, Arrow had asked me to write notes for some of their Kaji releases as well, like Lady Snowblood and Blind Woman’s Curse, so all it just coalesced. Going from there to covering the lesser-known aspects of her career, like her films from the late 1970s or her music, was just a matter of extending the research I was already doing. When it became clear that a Meiko Kaji book wasn’t going to be one of Rapid Eye’s priorities, I suggested the original idea to Arrow: to do a book to go with their Blu-ray set of the Scorpion films. Arrow liked the idea, but they felt Kaji deserved a book in her own right. They were already planning their Cult Film Companion book at that point, so branching out into books was on their mind. I, of course, was all for doing a stand-alone volume. We worked out a gentlemen’s agreement with Rapid Eye Movies and the results you now hold in your hands. (And if not now, then hopefully by Christmas.)

4) You have some amazing archival photos. Were they hard to come by? 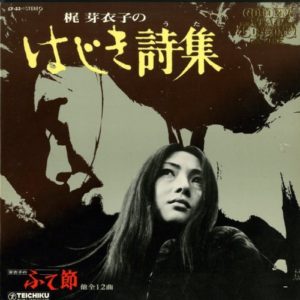 I was very lucky to have the enthusiastic support of probably the biggest Meiko Kaji fan in the known universe, Richard Franklin, who runs a great Tumblr called Fuck Yeah! Meiko Kaji! (Go check it out!) He has an amazing collection of memorabilia and kindly allowed me full access to his treasure trove of images.

5) You also have some great, little-known Meiko Kaji filmography, including her TV credits. How difficult was it to research and find all of that information?

The information is out there, but you have to look beyond English-language sources and go for Japanese ones. That’s one thing that was missing in what had been written on Meiko Kaji until now: very few people had looked at Japanese sources, so the same gaps kept reappearing. Of course, that’s a language issue and one that has marred Western writing on Japanese film for many, many years. My Japanese is far from perfect, but it is of a level where I really have no excuse not to use Japanese sources in my research.

6) How aware is Meiko regarding her impact on cult cinema?

Well, she met Quentin Tarantino when Kill Bill was released in Japan, and we all know he likes to talk cult cinema, so I’m sure he filled her in on anything she’d missed.

7) What’s next for you and how can your fans follow you?

I’ve just finished writing a book on V-Cinema, the Japanese direct-to-video movies of the 1990s that people such as Takashi Miike, Kiyoshi Kurosawa, and Hideo Nakata came out of. On the one hand it’s a history of that little-known but very influential part of the Japanese film industry, and on the other hand, I use that to look at the ways in which Japanese films and filmmakers have broken through into the international limelight over the past three decades or so. So that will be quite an extensive book, much larger than Unchained Melody.

There will also be another book with Arrow that I think people who like 1970s exploitation movies will get a kick out of. The easiest way to follow me is on Twitter and Facebook.

My handle on both is @midnightmes.

Thank you so much, Tom, for taking the time for me and the Daily Grindhouse readers.  We really appreciate it and please keep us updated on your future release dates for the new book titles!

You can buy the book directly from the Grindhouse Video of Tampa Online Store!

Use code: dailygrindhouse to get a discount on your entire purchase, ANYTHING in the store!! 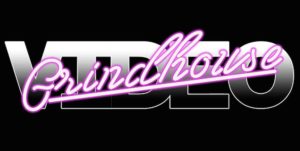 Or you can get it from Amazon: 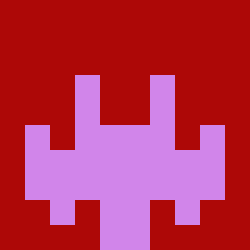