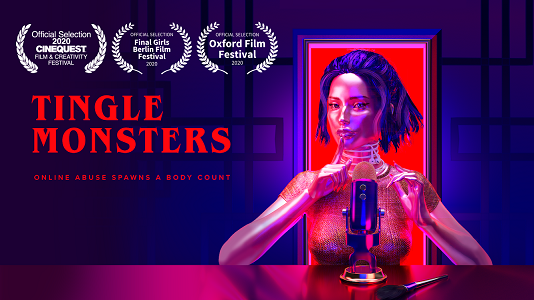 The internet is a brave new world of seemingly infinite opportunities for content, audience reach, and media method. Co-founder of New York-based media and production company Nameless Network’s Alexandra Serio employs these trends and gimmicks to shockingly effective use in her eleven-minute short film TINGLE MONSTERS. 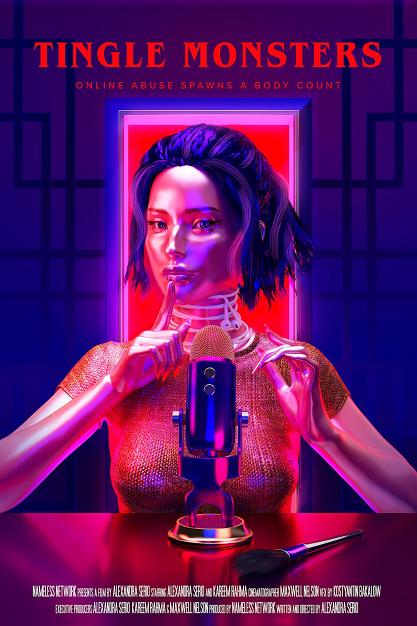 TINGLE MONSTERS explores the toxic masculinity and male violence, both literal and implied through violent harassment and objectification, of women on the internet. Particularly, how this plays out and affects women who stream, and super-specifically, women who stream things that have been co-opted as fetishes by a predominantly male portion of the viewer base. In this case, ASMR videos.

For the uninitiated, ASMR is a fairly popular subgenre of internet stream or video designed to use sound to give you a pleasing tingle down your spine or at the back of your neck, releasing endorphins and in theory, making you feel happy or good. This is often achieved by close0up whispering, wiping brushes over the microphone, close-up eating or drinking, or even just sounds of breathing or knuckle cracks. Some people have turned this into a sort of fetish, not unlike the whole “Brony” debacle, and taken something that was intended to calm and soothe anxiety or help you relax and sleep into a hyper-sexual medium, complete with all the gross harassment and sexual commentary that women have come to expect on the internet. 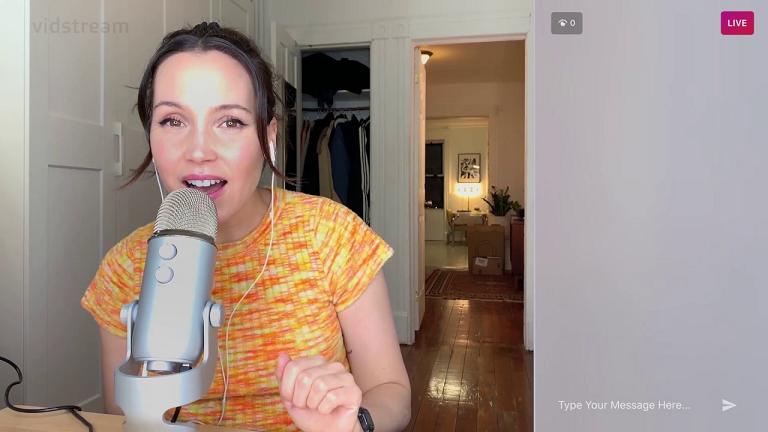 This short film follows a livestream by an ASMR streamer named Dee. Filmed entirely like a standard livestream, complete with internet lag from spotty data and the live chat feed on the right-hand side, we watch, and more importantly hear, Dee do her thing and see the harsh divide between her women and male viewers. While the women give supportive messages, thank her for calming them down, and make innocuous comments about her appearance, such as how she looks happy, or how they want to know where she got her shirt, the men immediately objectify her, calling her hot or saying “Hey beautiful” or saying “Dat ass” when she gets up to close a closet door. The comments get increasingly sexual and gross until one man explicitly says he wants her to suck his dick with that mouth and gets banned, making Dee and all of the women in thr chat uncomfortable while the men double down to defend their own, saying things like, “I mean, we’ve all thought about it.” It’s gross, and the discomfort is only heightened by the slow realization that a male stalker is now quietly lurking in her apartment. Watching. Listening with us. Waiting.

The almost totally immersive experience of TINGLE MONSTERS is aided in no small way by the choice to make it an ASMR video in the first place. The physical sensation caused by the sounds in the video lend an awful discomfort to the fear and disgust that builds throughout the relatively short runtime – at worst making me cringe and twitch my neck and shoulders, uncontrollably wanting to make the feeling stop, but unable to, as it was tied entirely to the sounds emitting from my computer screen. At its most intense, with the stalker standing in the background, staring through his skeletal mask, I almost wanted to start screaming. It’s a sensation, very real and tangible, that I have never felt with any kind of horror media before, and it’s an honestly brilliant stroke of audience manipulation and sonic priming. You’ve heard of infrasound – what about ASMR? What about making you watch and know explicitly what sounds these creators are using to make your body turn against you, make you twitch like a puppet, send chills down your spine? It’s a terrifying and deeply exciting thought – much like the concept of ASMR itself.

If you take a chance on any short video in your free time, it should be this one. 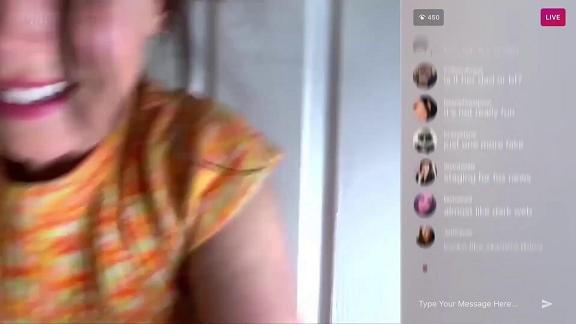 TINGLE MONSTERS is now available to be viewed at the following link: http://omeleto.com/253187/