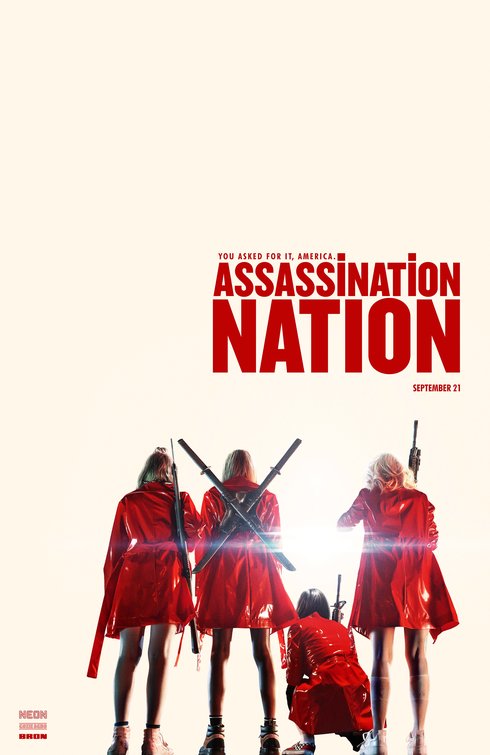 ASSASSINATION NATION opens with a bevy of trigger warnings — notices that caution the viewer of the violence and debauchery to come, including instances of “blood,” “abuse,” “drug use,” “sexual content,” “homophobia,” “male gaze,” “weapons,” and so forth. It’s an arresting introduction that tells the audience almost exactly what it’s in for: a gory, no-holds-barred, grindhouse-style thriller. And yet, in a movie overflowing with all the ills of modern society, the film’s most radical and resonant message is its call for empathy — both for ourselves and for one another.

ASSASSINATION NATION takes place in an American town called Salem; whether it’s Salem, MA is never, if I’m correct, revealed, but that’s beside the point as the film is simply letting us know that we’re about to witness a witch hunt. “This is the story of how my town, Salem, lost its motherfucking mind,” says Lily, one of four teenage girls implicated in a town-wide hacking scandal. And the town does indeed lose its collective mind — particularly (but not solely) the men. Beneath the raging misogyny and violence, though, is a much gentler message, if only we’re smart enough to pay attention to the girls.

Mayor Bartlett is the first victim of the anonymous hacking: the contents of his phone are leaked online for anyone to see, including photographs of the mayor cross-dressing and engaging with male escorts. The mayor is soon exposed to the full force of the town’s homophobic rage (in the words of one irate mother, “He ran on a family values platform!”), as well as the mockery of the entire Internet. Unable to cope with the humiliation, the mayor shoots himself in the head onstage while the public jeers at him. His suicide is caught on tape and subsequently turned into a jokey meme viewed across the Internet by millions. 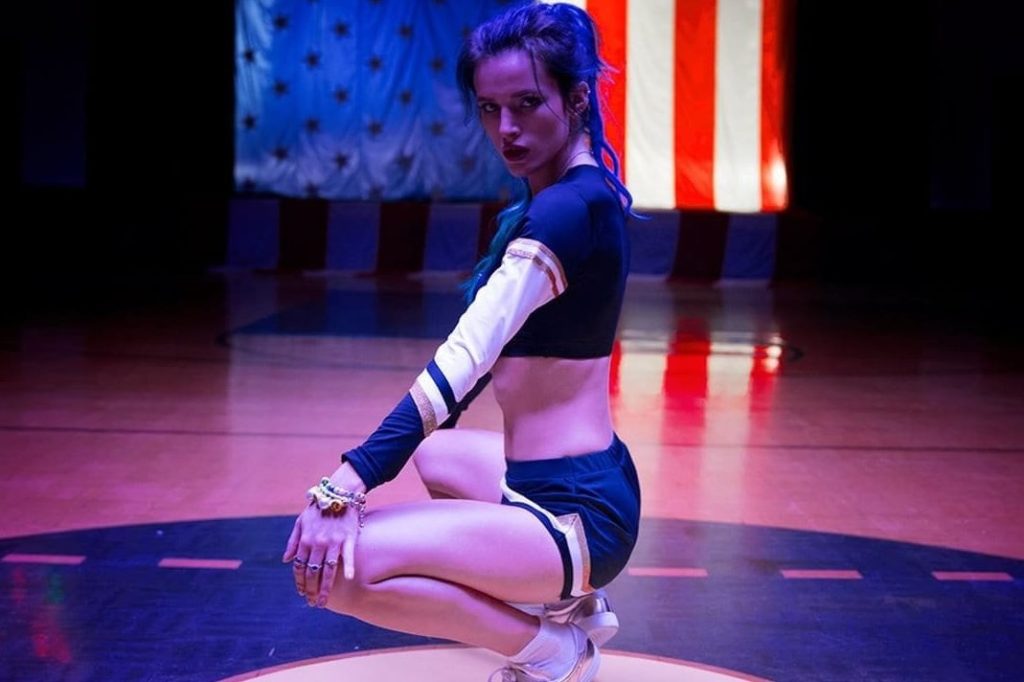 Although the four girls — Lily, Bex, Em, and Sarah — are flippant about the mayor’s hacking at first blush (“I live for this type of scandal, to be honest,” jokes Em before the mayor commits suicide) ASSASSINATION NATION quickly reexamines that response in a conversation between the four after the mayor dies. After reading aloud a particularly pitiable email conversation between the mayor and his wife (where it becomes clear that Mayor Bartlett attempted to come out to his wife but was frostily rebuked), Bex says, “Cry me a fucking river.” The conversation that follows illustrates the film’s basic ethos and foreshadows Bex’s internal arc through the film:

Bex: This is a guy who spent his whole life trying to deny LGBTQIAA their rights.

Lily: Yeah, but it doesn’t mean it’s not sad. I mean, can you imagine how lonely he must have felt?

Bex: You’re asking me if I can imagine how “tranny Bartlett” must have felt?

Lily: It’s different; you had the courage to be yourself.

Bex: Meaning what, Lily? I had the choice to be somebody else, but it’s my courage that got me this far?

Lily: That’s not what I meant.

Bex: Whatever, all I’m saying is, fuck him. He was a hypocrite. I have zero sympathy. People like me kill themselves every fucking day and bigots like him aren’t shedding tears. He wouldn’t mourn my death, so why the fuck should I mourn his, bitch?

Lily: I think you can disagree with him and still feel empathy. 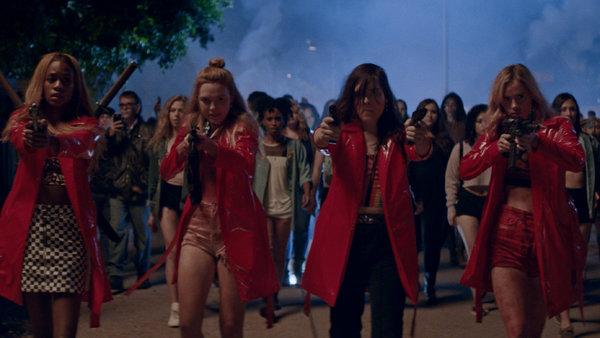 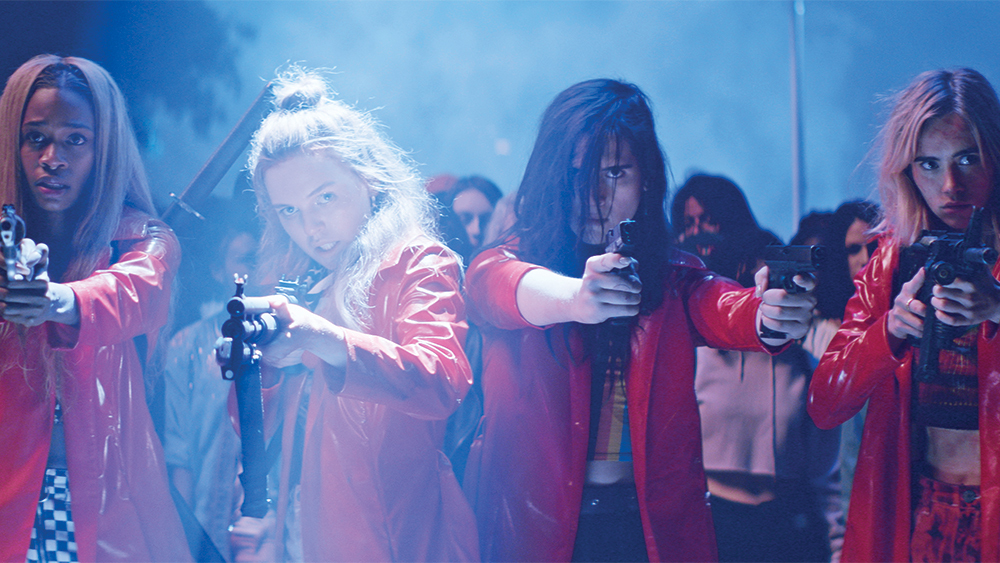 Once again, Lily supplies the sole voice of reason, this time in a conversation with her conservative parents:

Mom: There are boundaries, Lily, between a father and a daughter. You may not believe that, but there are.

Dad: Absolutely. I was never comfortable seeing you naked after you were two.

Dad: You’re my daughter. That a good enough reason?

Lily: But that’s exactly what I mean – I’m your daughter, why would you be weirded out?

Lily: All I’m trying to say is that nudity isn’t inherently sexual. And it’s the same thing with these photos. They’re not sexual; it’s you guys that are making them sexual. Okay? Just because a young girl is naked doesn’t mean it’s sexual or creepy or pervy, and it doesn’t make him a child molester. 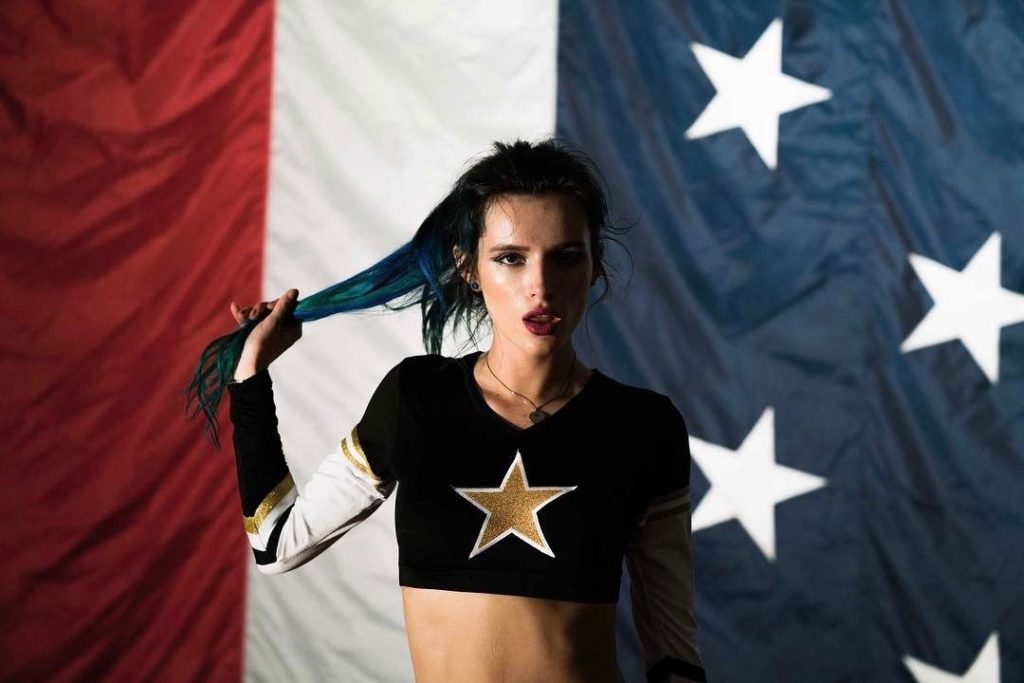 Lily makes a rational point. Most parents have likely possessed a naked picture or two of their child without it being dirty or wrong; only those actively searching for something sinister would find it in a silly bath time snap. Lily proves her parents’ hypocrisy by pointing out that they, too, have a picture of her at the age of two, stark naked, sitting on their own mantle. But her parents dismiss her opinion without appearing to have digested a word of it, instead chastising her for “defending a child molester” at the dinner table and informing her she “doesn’t know the first thing about this world, sweetheart.” They consider Lily incapable of forming her own opinions or taking care of herself, and believe it their job to protect her from predatory men, whoever they deem them to be, by any means necessary.

Her parents’ promise of protection — no matter how faulty or poorly conceived — is revoked, however, when they learn Lily has stepped over the line they’ve drawn on acceptable behavior. When Lily is finally hacked along with half the town, her parents discover her flirty, suggestive relationship with an older married man, Nick, to whom Lily sends photos and texts. Upon discovering the photos, her mother drags her from the house by her hair and throws Lily out, for good it seems, without uttering a word. In Salem, girls are only deserving of protection under certain circumstances.

Found equally unworthy of protection are Bex, an out transwoman who has the gall to sleep with a football player, and Em and Sarah, who dare try to protect their friends. Lily is accused of being the hacker, and the town descends in a hoard on Em and Sarah’s house, where Lily and Bex are also staying. Em and Sarah’s mother is murdered attempting to save her daughters from vigilantes, who kidnap the two girls. Lily is left trapped in a bedroom with Nick, who is enraged at her for “ruining” the marriage he quite clearly ruined himself. Bex briefly escapes but is captured by boys from her high school who attempt to hang her.

Thankfully, this is the moment when an appeal for empathy is heard for the first time, and this is what the story turns on. Bex pleads with Diamond — the football player she slept with and who maintains an obvious affection for her — not to tie her up. “Please don’t do this. You’re not like this,” she says. Diamond replies that he has no choice, but after a moment of consideration, he is ultimately unable to hurt Bex. Unfortunately, there’s no shortage of transphobic young men willing to take over for him. Bex is rescued quickly after, however, and when given the opportunity to kill the worst of her aggressors in revenge, she decides not to. Instead, she leaves him kneeling on the ground in a sad, whimpering heap.

On the other hand, Lily is forced to fight tooth and nail against Nick, killing him in self-defense; in this way, NATION makes the case not for rolling over and taking abuse, but for sticking the knife where it really belongs and making it count. Because despite its pulp trappings, NATION is not a revenge film — it’s a survival film. Lily, Bex, Em, and Sarah are merely trying to live through the night, and if that means slicing a man’s throat, then so be it. A girl needs to protect herself, and this film makes no apologies for allowing its female characters to do so fiercely when necessary. But it is deeply significant that when Bex has the opportunity to strike back in revenge, rather than self-defense, she chooses to walk away. The audience is left with the sense that Bex’s decision to show her humanity rather than her wrath frees her in a way that merciless retaliation never could.

The excellent documentary HOT COFFEE illustrates the ways in which corporations have weaponized the idea of the lawsuit to convince consumers that regular people don’t deserve big payouts for the (often substantial) harm they experience at the hands of careless companies. In much the same way, the Trump administration and the one-percent in general is endeavoring to do the same thing right now: to pit regular people against one another over trivial issues so none of us has the time or energy to focus on legislation that oppresses us or leadership that tacitly encourages police brutality and harassment.

We see these tactics working every day, as we bicker about the respectability politics of Black Lives Matter and “pussy hats,” or when we publicly rake one another over the coals for bad faith readings of poorly worded tweets. We punish people for their thoughts, rather than their actions. We police others’ choices, whether it is the clothes they wear or the books they read, and we write people off forever if they disagree with us once. We refuse to accept apologies, and in doing so, we refuse to allow people to learn or grow. (Keep in mind that people like Louis C.K. don’t count – you must first apologize in order to earn forgiveness.) And no political affiliation is immune; it happens on both the left and the right, and it impedes us all.

Please don’t misunderstand; like ASSASSINATION NATION, I appreciate that there will always be times when we need to stand up for ourselves or protect ourselves by whatever means necessary (and sometimes we’ll disagree on what constitutes one of those times). But perhaps in 2019, we can all endeavor to be less self-righteous and a little slower to form an opinion. We can recognize that none of us is perfect, so it’s folly to expect perfection in others. We can admit that we are all hypocrites at times. We can save our righteous anger for protest marches and calling our representatives, and for engaging with our communities in meaningful, positive ways, rather than dog piling on strangers without power or influence. Above all, we can be kind whenever and wherever possible. We can be like the girls, and save our strength for what really matters.

And what does really matter? I can’t figure that out for you. I can only hope you’ll consider the question. 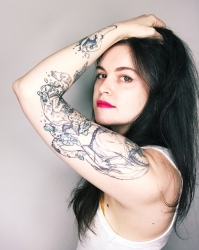 Claire Holland
Claire C. Holland is a poet and writer from Philadelphia, currently living in Los Angeles. She has been a freelance writer for more than ten years and a horror fan for her entire life. Her book of poetry, I Am Not Your Final Girl, is available from Amazon.