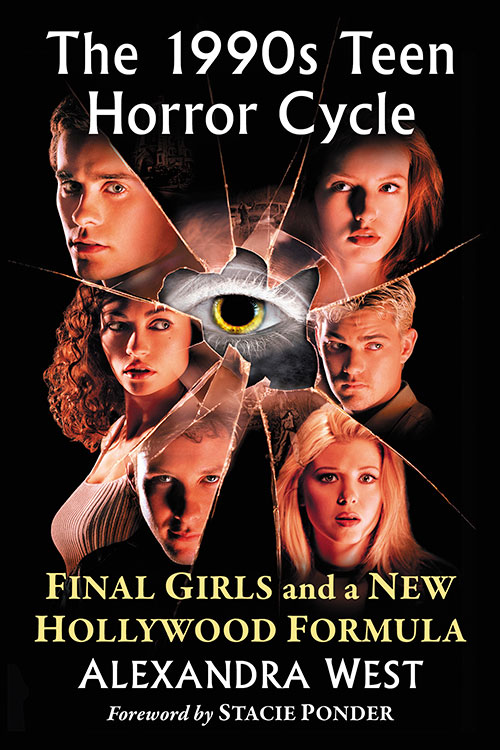 In the acknowledgement page of THE 1990S TEEN HORROR CYCLE: FINAL GIRLS AND A NEW HOLLYWOOD FORMULA, Alexandra West mentions the way that SCREAM affected her love of horror, how watching Ghostface slash his way through the teens of Woodsboro while on his mission to kill Sidney Prescott cemented her love for a genre that had begun to worm its way into her heart. SCREAM hit at exactly the right time for her, in early teens, when a budding young genre fan can have that kind of lightning bolt “aha!” moment that makes them a fan for life. This writer fully understands her; I was 13 when Wes Craven’s classic came out, and it had the exact same effect on me, as on her, that A NIGHTMARE ON ELM STREET had ‘80s teens before us.

As such, West developed a long lasting love for the glut of slick, pretty and hyper-aware teen slashers that flooded the market in the wake of SCREAM’s monumental success. Films like URBAN LEGEND, I KNOW WHAT YOU DID LAST SUMMER, and FINAL DESTINATION often made money, appealing to its target audiences with hot young stars and accessible packaging that reflected their concerns. Critics, of course, scoffed and even genre fans — particularly those who were old enough to experience the original slasher wave — rejected the films, seeing them as empty, disposable and crassly commercialized attempts to neuter the slasher genre. West, however, never thought that, and found within their seemingly plasticine walls a new way of telling horror stories for youths living through ‘90s crises like the OJ Simpson trial, the Bill Clinton impeachment hearings and the Columbine massacre.

Yet West finds values in these Hollywoodized cast-offs, something worthy of defense. And in THE 1990S TEEN HORROR CYCLE, she actually makes a very convincing argument for the re-evaluation of these, particularly through a feminist lens.

West breaks down the history of the ‘90s cycle, going chronologically, starting back before the heady days of Christmas 1996 and starting on pre-cycle teen flicks like THE CRUSH, THE CRAFT and the original movie version of BUFFY THE VAMPIRE SLAYER. Her first two chapters, in fact, don’t even really discuss movies at all, but focus on the historical events of the 1990s that drove the pop cultural boom. Laying out how the stress of the ‘80s led into the new prosperity of the ‘90s, yet how that prosperity was laced with conflicting traumas such as Columbine; how the whimpering end of the Cold War seemingly took away an outsider threat to our existence, allowing us to look within to threats from our own neighbors, friends and families; and how the Anita Hill case sparked a new wave of feminist protest, West lays the groundwork for why we should take the late ‘90s slashers more seriously. 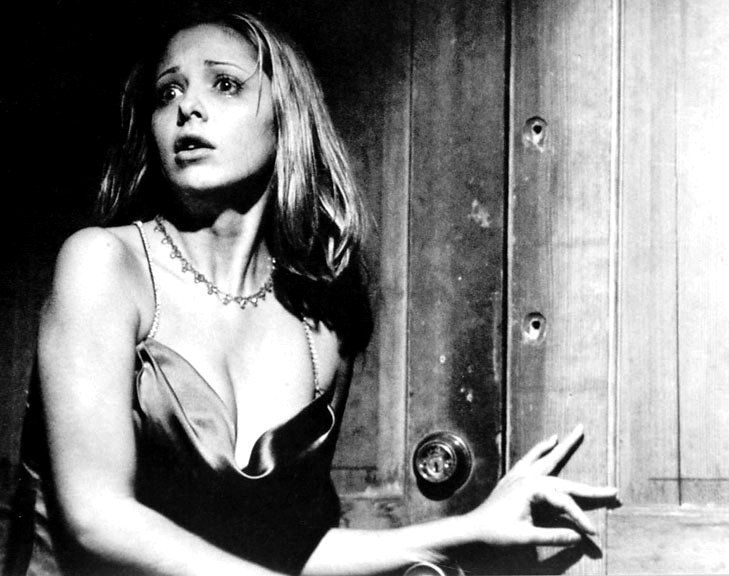 Often quoting Carol Clover’s seminal genre study MEN, WOMEN AND CHAINSAWS, which sought to understand why we love slasher films as seen through a feminist perspective, West sees a major change of focus between the underlying thematics of ‘80s slasher movies and the newer ‘90s models. Whereas many ‘80s slashers are coded as “conservative”, sanctimoniously punishing teens for perceived transgressions against social norms — transgressions as serious and, gasp, shocking as drinking, drugging and having premarital sex — their later counterparts are far more progressive, albeit imperfectly so, giving us much stronger, layered and complex Final Girls (and, as in IDLE HANDS and FINAL DESTINATION, the occasional Final Boy) grappling with stark issues of guilt, remorse, loss and mortality, who are not allowed to enjoy life and are only punished for transgressions they bring upon themselves or by others — such as the fallout of a paren’ts infidelities or the decision to not admit to a crime. The characters of these films are more likely to be survivors, learning to own their strength as the films focused less on the iconic villains and more on the sympathetic leads.

West also notes how the killers in these films often stopped being monstrous outsiders attacking the kids just because they were there, and were often revealed, thanks to the genre’s embrace of mystery, to be people close to the heroes — boyfriends and best friends and classmates and teachers. This reflected a brewing suspicion of those around us, as America as a whole began to look at itself and reconcile its own problems.

Lest one thinks that this is an overly academic, brain-frying tome full of esoteric and hard to decipher gobbledigook — don’t worry it’s not. It’s a surprisingly small book, coming in at less than 200 pages, including end notes and a bibliography. It’s also breezy while still coming as intelligent and well-researched. West shows herself to be an incredibly talented and gifted writer, able to deftly analyze films that were otherwise disrespected and actually make the case stick. The one quibble I have with the book is not of one of content or style, but of copy-writing — the book is rife with spelling errors (often words missing letters.) It’s noticable enough to be a minor nuisance, but nothing that ruins a very, very good, very effective book that should be placed in the pantheon of must own books about horror movies.

Hell, West gave me the desire to go back and rewatch URBAN LEGENDS: FINAL CUT, a film I found execrable when I first watched it in theaters. If she can make someone want to reevaluate that, then you know she’s made something good.

(To get this book, or any other McFarland products, you can visit them at www.mcfarlandbooks.com)