BUFFALO BOYS is everything I want out of the movies: it’s thrilling, it’s funny, it’s exciting, romantic, and intense. This Indonesian riff on Western tropes seamlessly combines martial arts cinema with the works of John Ford, Sergio Leone, and Clint Eastwood yet is wholly original in its execution. This thing is a real crowd pleaser from beginning to end, making good on all of its promise. 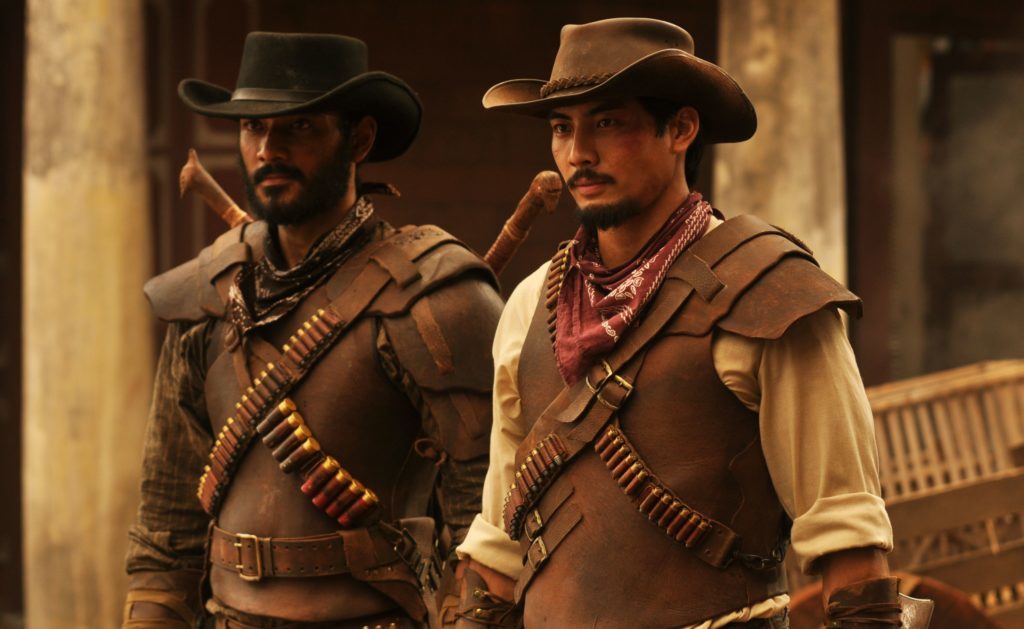 Brothers Jamar (Aria Bayu) and Suwo (Yoshi Duarso) are on a quest for revenge. After their father Hamza is murdered by villainous Dutch colonialist Captain Van Tracht (Reinout Bussemaker) and his troops, the brothers—under the watchful eye of their uncle Arana (Tio Pakusadwo)—make their way to the American West. The brothers labor on the railroads, taking bets on holds barred street fights, collecting money to return to Indonesia to exact justice on Van Tracht. It’s a tale as old as time that still plays today: revenge is a primal urge.

Clad in ultra cool cowboy wear, the brothers roam the countryside, coming across a village that needs their help…and happens to be under the merciless hand of Captain Van Trach. What began as a quest for revenge turns into a fight for justice…but still a lot of revenge.

The film is punctuated by gangbusters blasts of wild action. First time director Mike Wiluan not only pulls off some beautiful John Ford-esque vista photography, but he has a skilled eye when it comes to putting the action sequences on screen. Wiluan blends Wild West gunplay, hand to hand combat, and even sword fighting is one thing, but allowing the audience to actively follow the action, is an impressive feat. 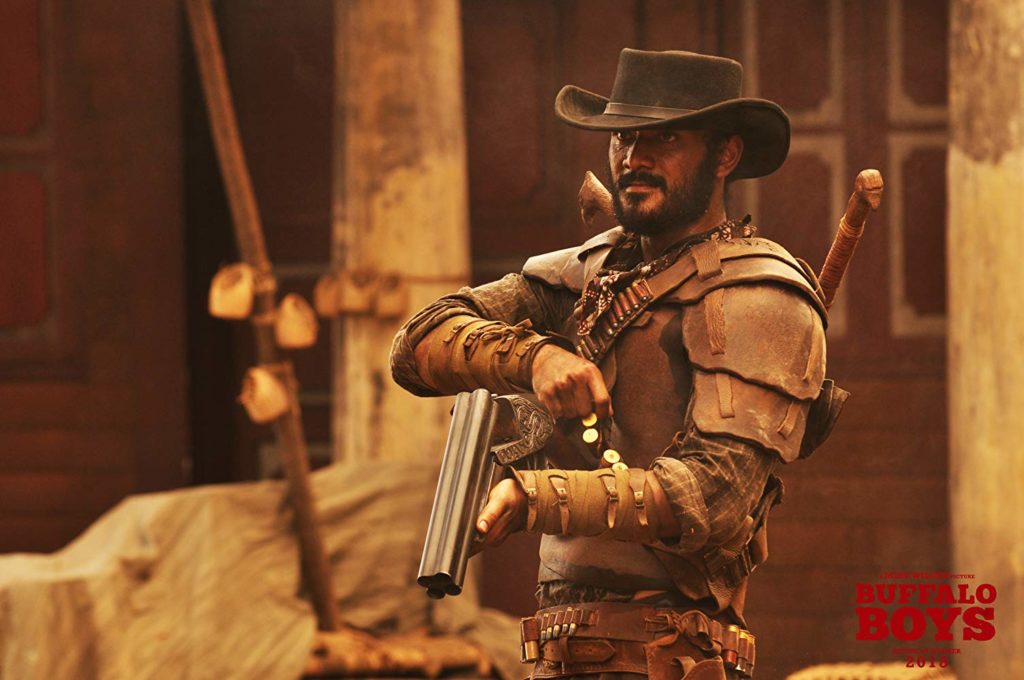 It must be noted that Yoshi Sudarso as younger brother Suwo steals the show; he was born to be a leading man. He has so much charm, swagger–and is sp ridiculously good looking-that his presence is undeniable. A great hero needs an despicable villain on the flip side, and Bussemaker is terrifically dastardly as the evil Van Trach, not displaying an ounce of humanity and at times channeling Gene Hackman in UNFORGIVEN. In the Western tradition, BUFFALO BOYS is truly white hats versus black hats, but Wiluan and co-writer Rays Makarim have a real feel for when to play a trope straight and when to subvert it. When the meaning behind the title is revealed, its a memorable moment that will make movie lovers giddy with excitement. 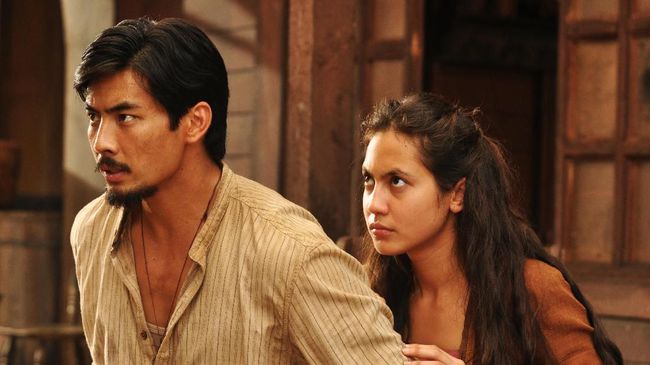 Van Tracht’s gang is a wild cabal of cool costumes and interesting faces. Alex Abbas as Fakar is a memorable Van Tracht toadie who just can’t seem to catch a break, suffering throughout the course of the film through hilariously violent means. The production design on this film is truly remarkable the way it brings the feel of the American and Italian western to Indonesia. These are not your typical horses, stagecoaches, and weaponry. 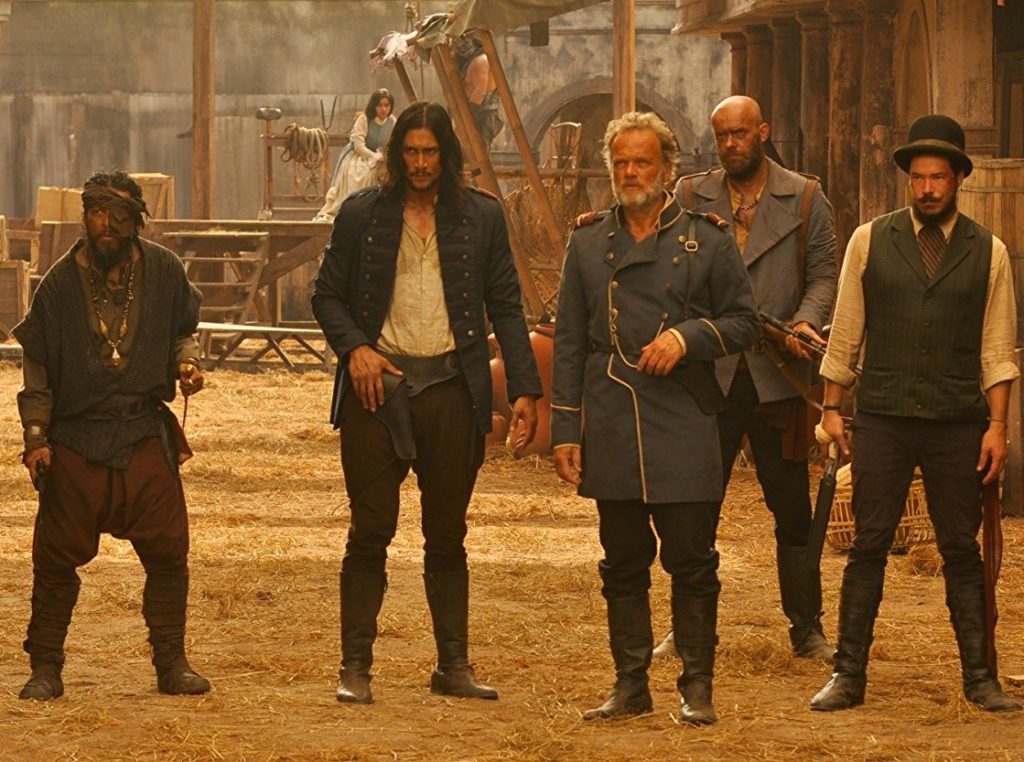 BUFFALO BOYS is a super fun and romantic action tale. Gleefully over the top with ultra cool tough guy dialogue and romance, it’s undeniably entertaining, and thankfully, does in fact end with a ride into the sunset.