Well hey there, Daily Grindkateers, I didn’t see you come in. Come on in and warm yourself by this fire I made out of all the discarded DVDs of THE GARBAGE PAIL KIDS MOVIE I found lying around. I don’t know about the rest of you, but I’m experiencing a bit of a cold snap here in Jersey, and whenever I’m stuck inside my house, I always end up making up excuses to add in gaps to my collection, whether it be finally pulling the trigger and buying THE HOUSE OF THE DEVIL, or trying to remember if POLTERGEIST 2 was any goo– whoop, too late, already bought the dual-pack, along with the third one. It’s a sickness. Anyway, what’s not sick: This week’s picks.. This week was a little lighter on top-down quality than last week, but there are some solid genre gems and a few straight-up masterpieces. So whether you’re into motorcycles, existential doom, crazed vets, alien bombardments, or grizzled old men, there’s gonna be at least one thing to pique your interest. As always, if you’re interested in any of these titles, just click on through the cover art and you’ll have these things warm in your living room by the weekend. 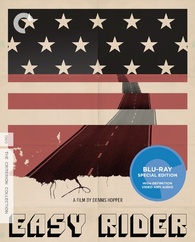 There was a long period of time where I avoided EASY RIDER like the plague. Cant really tell you why, although I ‘d be willing to bet cash that it’s because I’ve never been able to look at Peter Fonda’s face without wanting to punch it. Still, you can only really avoid something as important as this flick for so long, and when I finally watched it, it delivered on every level. After reading Peter Biskind’s essential Easy Riders, Raging Bulls, I appreciated it even more, given director Dennis Hopper’s particular brand of madness. This was previously available on Criterion’s AMERICA LOST AND FOUND:  THE BBS STORY, but that’s on the pricier side of things, so splitting it up makes a degree of sense (although with a set that includes this, FIVE EASY PIECES, THE LAST PICTURE SHOW, and THE KING OF MARVIN GARDENS, it’s damn near priceless). This is about as definitive an edition as you’re likely to get, and because it’s Criterion, it comes stacked with special features, which is just what EASY RIDER deserves, since few movies can claim to have kicked off a whole filmmaking movement. 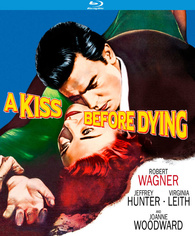 This is a pretty solid noir film based on a great book by the even greater Ira Levin (ROSEMARY’S BABY, THE BOYS FROM BRAZIL, THE STEPFORD WIVES), which is really notable for how much it influenced after the fact. Although I’d never say Robert Wagner was the greatest actor of his generation, his performance here, as the cold calculating Budd Corliss, is a precursor from everything from  AMERICAN PSYCHO‘s Patrick Bateman to NIGHTCRAWLER‘s Lou Bloom. A solid addition for any doom-noir fan, and because it’s Kino-Lorber putting it out, you can expect a high level of quality that won’t let you down. 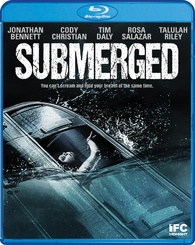 This movie first came to my attention while I was trying to skip the previews of my Blu-Ray of THE HALLOW (which is a solid little bit of Irish horror, by the way), and at first it looks like your normal DTV action flick, but then, once the name Steven C. Miller popped up on screen, it got my full attention. Miller’s made a solid name for himself with a filmography of solid genre fare, starting in horror but moving into more action-oriented stuff, the sort that consistently has a scope that makes the productions feel bigger than they actually are, whether it’s the white knuckle THE AGGRESSION SCALE or a rare good late-period Bruce Willis movie like EXTRACTION. This one seems like it takes place almost entirely in a limo sinking underwater, which sounds just like the kind of limited box that Miller is a master at breaking out of. 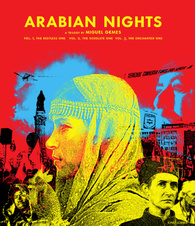 Probably the most ambitious film series of last year, if not the past decade, ARABIAN NIGHTS is a trilogy of films from director Miguel Gomes that transports the classic Arabic fairy tales to modern day Portugal. To release one film a year is pretty damn impressive, but to put out three is straight up miraculous. Even more impressive is how, although Gomes uses “One Thousand and One Nights” as a template, he doesn’t rigorously adapt it, instead creating the stories as a jumping off point to document real people and problems in Portugal in such a way that reality and fairy tale intermingle and create a story that could only be told on film. There’s a bit of a time commitment to it, but in the end, I think this will reward more than it deters, especially for those of you who skew more towards magical realism in your international cinema. 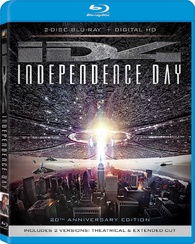 I’ve found in recent years that INDEPENDENCE DAY has sort of become the 21st equivalent of RETURN OF THE JEDI, in terms of the feelings it brings up in people of different ages. Much like how the Ewoks inspire love and hate in equal measur,e depending on what side of the teenage divide you were on when it came out, so does Will Smith welcoming an alien to earf by punching it in the face. Generally speaking, I fall into the former, but only in the sense that I watched this flick so many times on cable when I was in high school to say otherwise would be like insulting my weird gregarious right-wing uncle. I could do it, but really, in a post-TRANSFORMERS world, what harm is he doing? Plus I’ve already memorized Bill Pullman’s speech –what am I gonna do, not mouth along to it? And now that there are a bunch of sequels coming seemingly out of nowhere, it might be worth taking a look at, although it looks like its a pretty standard special-features package (a 30-minute doc, but no commentaries?) so if you’ve already got it, I can’t imagine why you would double-dip. 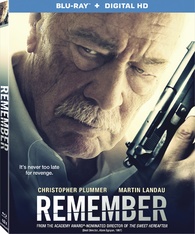 This originally got on my radar given my affinity for the “Old-Men-Kicking-Ass” sub-genre — however, it quickly became clear that REMEMBER wouldn’t exactly be falling into that particular category but still, it might be something altogether more interesting. Following an Auschwitz survivor with dementia as he tries to fulfill a long-kept promise for revenge, there’s a journey at play here that I don’t think I’ve ever seen in a film before. Added bonus is the always great Christopher Plummer, and Martin Landau, who has not been utilized as well as he should be in recent years. The only variable I don’t know about is director Atom Egoyan, whose filmography is a scattershot of quality at best (but that might just be the part of me that’s still mad for having spent money to sit down and watch DEVIL’S KNOT, which is as unnecessary a movie as you’re likely to get, given that WEST OF MEMPHIS exists). Still, there’s enough interesting stuff on display that I’d have to be stupid not to give this a shot. 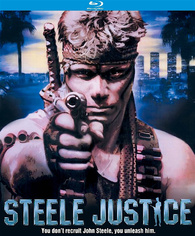 STEELE JUSTICE is one of those movies that if you travel in the kind of cinematic circles that we do you’ve probably seen it or at least heard of it. Its a pretty blatant RAMBO ripoff which is made doubly apparent with star Martin Kove also appearing in RAMBO: FIRST BLOOD PART 2 as one of the main bad guys. Hell if you squint maybe you can convince yourself they’re the same guy and RAMBO scared him straight before he became the instructor at the Cobra Kai Dojo in THE KARATE KID (if Patton Oswalt can have his William Zabka shared universe, I can have this). Anyway, I don’t think this flick’s ever been released on any format that didn’t have a complete crap transfer, so if you’ve always wanted to see this raw little gem of politically incorrect ’80s jingoism, now’s your chance. 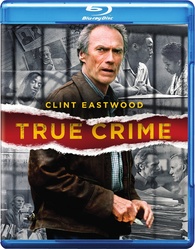 What? A Clint Eastwood movie? Damn, you’d think Jon was still writing this thing! Honestly though, if you didn’t think that a new Eastwood up-transfer wouldn’t make this list, than buddy, you are on the wrong site. That being said, I am kind of curious what kind of appeal a film like TRUE CRIME is going to hold outside of for Eastwood completists. My personal feelings are that I think, given the subject matter of a black man being falsely accused of a crime he didn’t commit and the one man who actually gives enough of a damn to actually think it through and only has twelve hours to prove it, is good enough to at least be compelling. Plus, this comes out during Eastwood’s most interesting period for me, where he’s making ABSOLUTE POWER, MYSTIC RIVER, and MILLION DOLLAR BABY, a period where he really hones in on the sad, flawed, righteous characters that would come to define the back half of his career. As much as I love A FISTFUL OF DOLLARS, my favorite Clint Eastwood will always be socially-conscious Clint Eastwood. 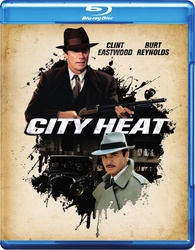 Nope. Still me. Because if nothing else I don’t quite have the same reverence for Reynolds as others seem to. Don’t get me wrong: SMOKEY AND THE BANDIT is the gift that keeps on giving but a lot of his filmographies appeal alludes me. Maybe that’ll change once I finally sit down to watch DELIVERANCE. Or more likely when I sit down to watch GATOR. In the meantime though maybe I’ll get a jump on CITY HEAT, which Warner is putting out alongside TRUE CRIME as a nice little showcase of Eastwood’s range as an actor. Come for the serious drama, stay for the goofy gangster-movie send-up. Worse ways to spend a Saturday. 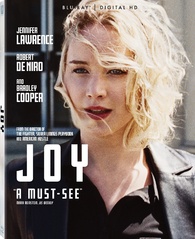 Okay, so this isn’t really a recommendation, so much as a question of whether someone can tell me what this movie is actually about? Because I watched the teaser, and aside from the fact that it’s by the same people who made THE SILVER LININGS PLAYBOOK and AMERICAN HUSTLE (two movies that didn’t really do much for me to begin with), it didn’t really give me anything to latch on to. Maybe that’s the point. 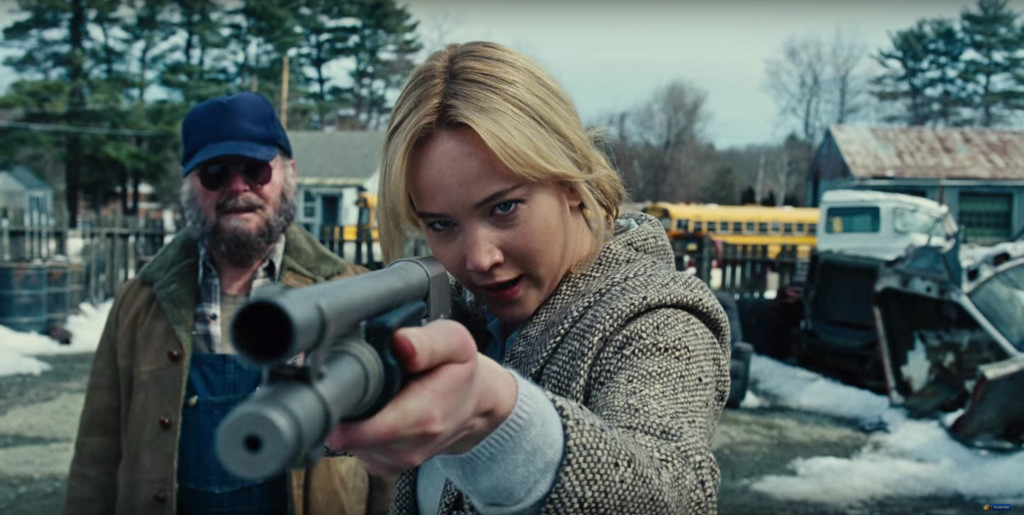 So thats it — those are our picks for the week. Kind of an odder assortment than I thought they were going to be going into this column, but solid films the lot of them. If I missed any that you feel deserve a shout-out, feel free to pimp them in the comments.

Keep on grinding everybody, and I’ll see you next week with a whole new list.