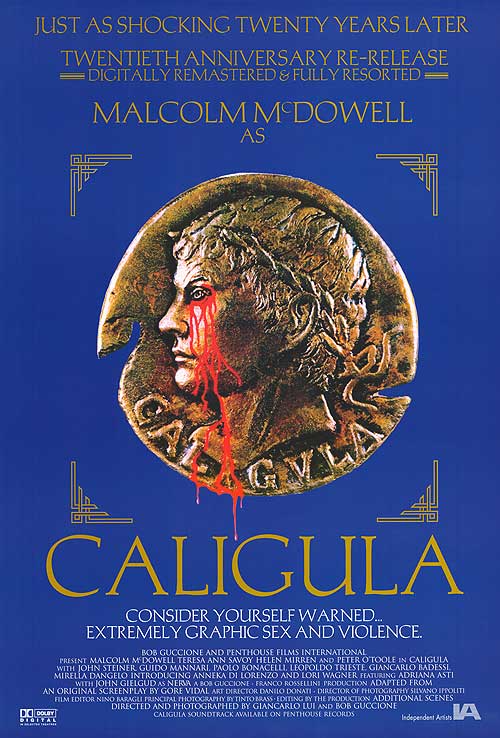 Dame Helen has appeared nude in 1969’s AGE OF CONSENT, and most recently in a 2010 photo shoot for New York Magazine. However, Mirren’s breasts may best be remembered for their appearance in Bob Guccione’s 1979 historical, pornographic epic, CALIGULA.

Produced independently, CALIGULA focused on the rise and fall of the Roman Emperor and featured plenty of full-frontal nudity — from both males and females — as well as Helen Mirren’s fantastic, now retired breasts. Daily Grindhouse contributor Mike Vanderbilt sat down and talked with his Drinks On Monday co-host, Pat O’Sullivan, about the 1979 film and its place in cinema history… and also about tits. 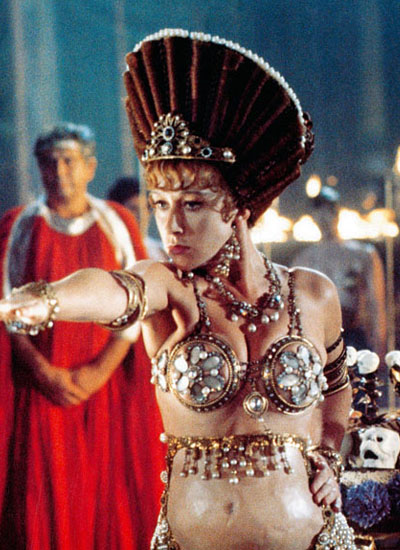 Pat: I remember checking this movie out for the first time back in high school. Our English teacher (Cocktail Bob) would reference it constantly in class, and being a budding young cinephile I was able to track down a copy of it at the Village Video over on 105th and Western. Even then I don’t think I found the sex particularly shocking, it was more the violence and torture that stuck with me. 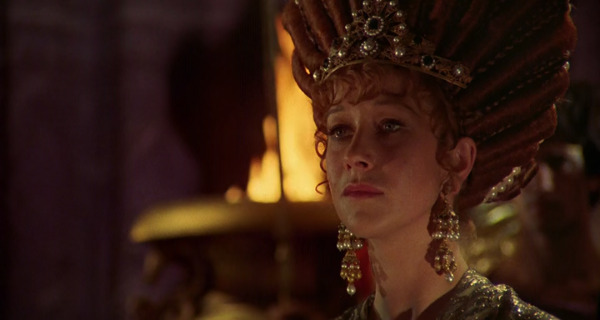 Mike: It’s perfect that the two most notorious sleazes on the South Side writing about CALIGULA I was a year ahead of Pat O over at Marist High School and had “Cocktail Bob” Mod C (that’s somewhere around normal high schools had third period). Drinks On Monday co-host Dan Lynch had Bob for Mod Q (last period). Dan would tell me that by the time last period rolled around, the smell of booze would be permeating the room and that I didn’t have it that bad mid-day. Cocktail Bob taught senior year interest, which, for as much as I can remember, was all about Beowulf. Cocktail Bob would never miss a chance to plug his favorite movie, CALIGULA, to a room of teenage boys. I never had the opportunity to track down the film in any of its versions, but would constantly hear it mentioned in documentaries and books about sex on film. Pat and I settled into the two-and-a-half hour cut of the film, which I believe is the full version, last week with some friends. I have to say, I really enjoyed it. It seemed a little long, but anyone who knows me knows my love of the 80-minute movie. Pat, what are your thoughts on the film itself? 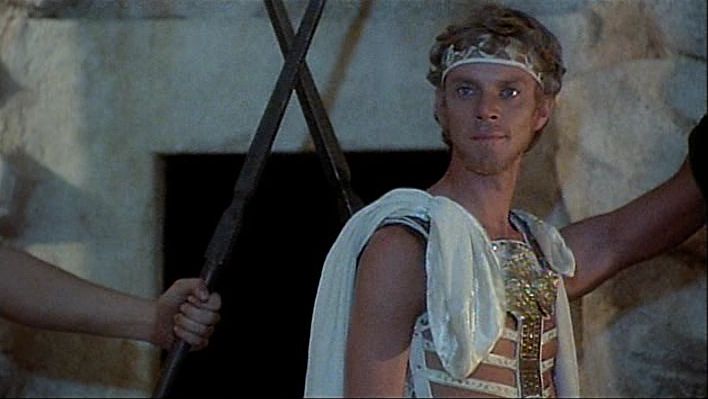 Mike: I think that was exactly Bob Guccione’s point. The late ‘70s and into the early ‘80s represents an interesting time for sleaze and sex. The sexual revolution was behind us and it feels like at this time, disco – which was really all about sex and dancing – flooded the airwaves and Hollywood motion pictures were still taking chances on edgier material. America could have become more like Europe in their treatment of sex in media. In an alternate universe, “Caligula” became a big hit and the American puritans lost their battle. Look at other films of the era that were pushing the boundaries of sex on screen — Friedkin’s CRUISING, Schrader’s HARDCORE, and even the animated HEAVY METAL. All these movies have sleazy undertones and overtones that signal a changing of the guard. However, that’s not what happened. CALIGULA grossed $23 million dollars at the U.S. box office, (The film’s final budget is estimated at $17.5 million dollars) making it the highest grossing pornographic film ever produced independently but it was difficult finding theatres to screen an unrated film for mature audiences. Eventually, Ronald Reagan was elected president and a new era of American conservatism was born. 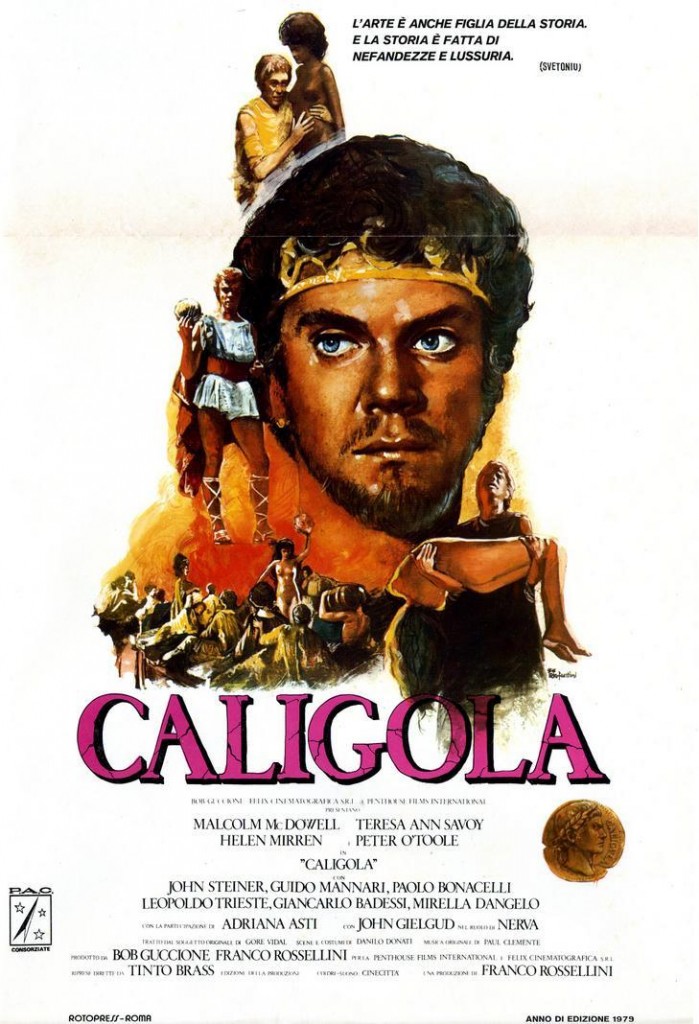 I agree that this is the kind of film that Jack Horner wanted to make in BOOGIE NIGHTS, but I disagree that the only thing elevating this from any other porn being produced at the time is the set design and cast. CALIGULA is actually a very compelling story told by a pretty good filmmaker, director Tinto Brass, as well as having the abilities of a top notch cast. I love the set design but it did feel like Guccione and his crew just snuck into the studios where they were filming 1980’s FLASH GORDON after that crew had gone home for the day. With the prestige actors that appeared in CALIGULA, I half expected Max Von Sydow to come strolling through in his Ming The Merciless costume at any point. The film’s influence is still being felt today. Leonardo DiCaprio has stated that he based his performance in THE WOLF OF WALL STREET on that of Malcolm McDowell’s in CALIGULA. I think that Game Of Thrones owes so much more to CALIGULA than most people realize with its use of sex and violence to tell the story of shifting thrones and absolute power corrupting absolutely. Speaking of the cast, why do you think such prestigious actors chose to do a big-budget porno film? 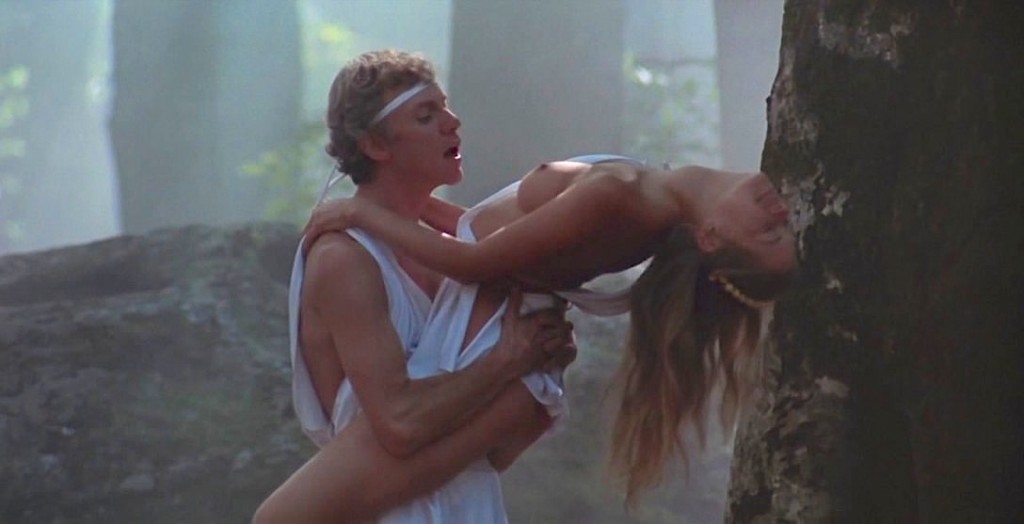 I gotta say I was disappointed re-watching this one with you the other night. When I was younger I remembered it much more fondly. Could the years have robbed me on my innocence, Mike Vanderbilt? Is that young, wide-eyed 17-year-old in Cocktail Bob’s English just another relic of an era long passed? 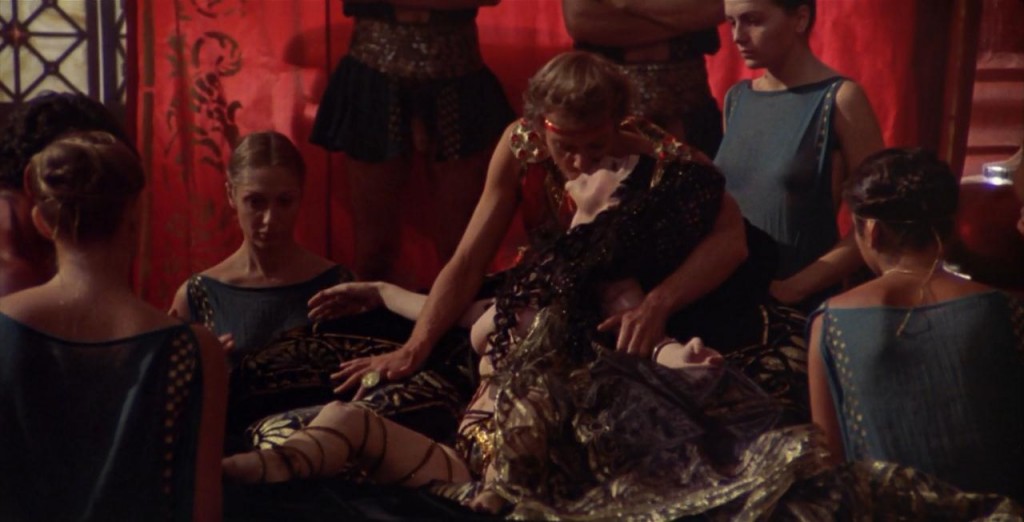 Mike: CALIGULA falls short of what it wanted to be and maybe even could have been. I think it’s still an effective film. You and I have both been within a twenty-foot radius of someone being fisted, but to the average viewer, that scene still shocks. As far as the titillation is concerned, I just prefer my pornography from the classic era. I can’t stand most modern pornography, because it’s all too much. There’s too much plastic surgery, too much make-up; I like the CALIGULA era, as it all looks very real to me, because it is. Those are real boobs on that screen, and there’s bush too. Do you prefer modern pornography to the new wave? Perhaps one of the shorter cuts would be an improvement? One of my favorite cult classics is THRILLER: A CRUEL PICTURE a.k.a. THEY CALL HER ONE EYE. The full cut of that movie has hardcore scenes edited in, while the “Vengeance” cut takes them out. I saw the version with the hardcore scenes, but I hear the shorter cut makes for a better movie. 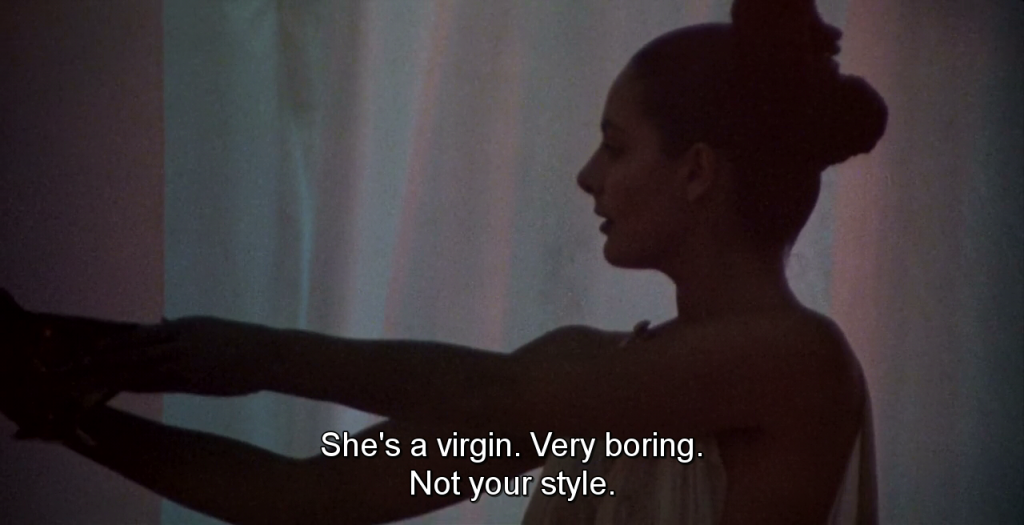 Mike: Overall, I liked CALIGULA and would recommend it to anyone interested in film or pornography. I found it to be an enthralling story, and probably much better when intoxicated with friends. I give it one fist up the ass. 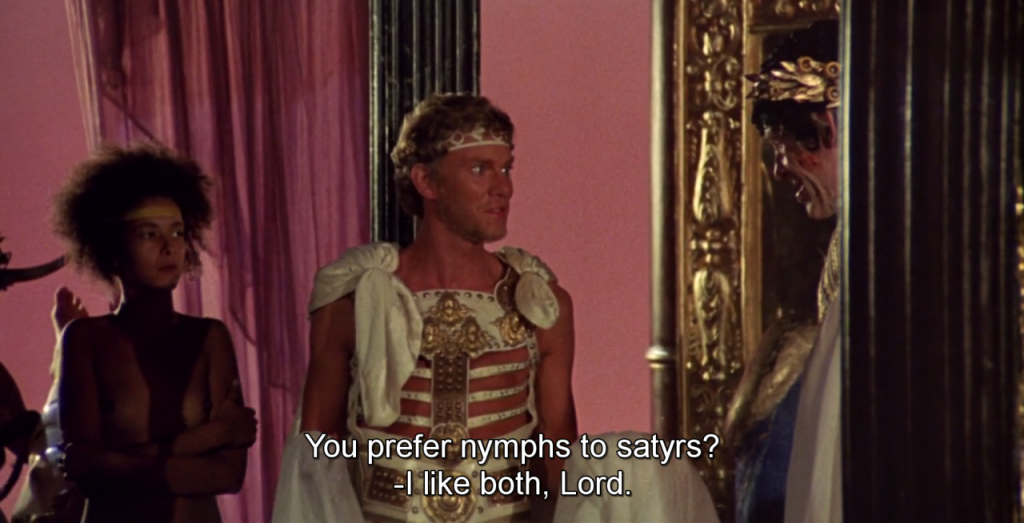