Vittorio De Sica and Roberto Rossellini, two of the pioneering figures behind the Italian neo-realism movement, had the gift for casting non-actors that were perfect in their roles. Sam Raimi had the ability to take a minimal budget and create “the most furiously original horror film,” a film that has continued to scare audiences in the years since it’s release. Unfortunately for Doris Wishman, she had neither of these qualities. Instead, a Doris Wishman film is a trial that must be endured. Called the “female Ed Wood,” Doris would have had more in common with the late-great Herschell Gordon Lewis. Like Lewis, Doris’ early efforts were located within the “nudie cutie” and “rougie” traditions; subgenres of a growing soft-core industry. As hardcore pornography came into vogue with 1972’s DEEP THROAT, Doris, always one to follow a developing trend to the back alley where a dollar might be found, hopped on board and directed a couple before turning her eye towards Sam Raimi’s little film that could, as well as the shenanigans those wacky counselors were getting up to over at Camp Blood. Doris being Doris, she tried her hand at replicating their success and, Doris being Doris, failed miserably. 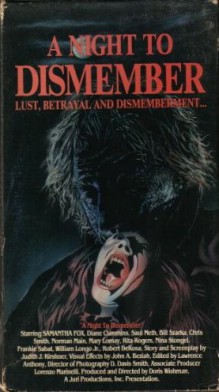 A NIGHT TO DISMEMBER (1983) tells the story of the Kent family and the series of murders that eliminated them. Well, except that’s a lie. See, the first five minutes of the film cover how one branch of the family were laid to rest with a murder, an accident, a hit, and a suicide before pivoting it’s attention to a double murder that was committed five years earlier by Vicki Kent. Vicki was sent to an insane asylum and now, on the day of the murder, accident, hit, suicide, she is released back to her family. Coincidence? Actually, yes. But as the members of her immediate family start dying, the audience is left wondering is Vicki crazy or is something else going on? Except, the audience doesn’t actually have to wonder anything since a detective has been narrating everything that happens, a head of it happening on screen. 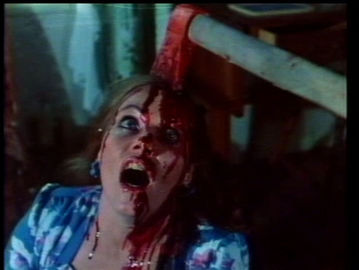 Trying to explain the plot to A NIGHT TO DISMEMBER is to try to explain colors to the blind. The run time comes in at sixty-nine minutes, yet feels like an eternity; there is no semblance of structure, it’s a collection of scenes ripped-off from famous movies but handed with the grace and aplomb of a seizure. A poor script, if indeed there was one at all, might be responsible for a large chunk of the problems the film faces but it pales in comparison to the issues that arose from the picture’s assembly. The editing in A NIGHT TO DISMEMBER could be could apocalyptic; it is quite possibly the worst edited film in history. I could cite the fact that the music switches moods from creepy to uplifting to energetic within a five second stretch; or, the fact the music is constantly playing, switching between the three styles at will between beats like a DJ whose record skipped; or, I could even point out that it was filmed without sound so all the effects and dialogue is poorly ADR. But, to best understand how awful the editing is, let’s narrow our focus in on twenty seconds of footage. The set up: a killer enters the backseat of the car, the driver realizes that a killer enters, the killer kills the driver with an axe, and the passenger screams. In those twenty seconds we have eighteen cuts, seven continuity errors, ten color temperature changes, and three different locations. But, the music only messes up once so… progress? 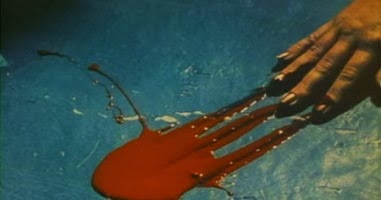 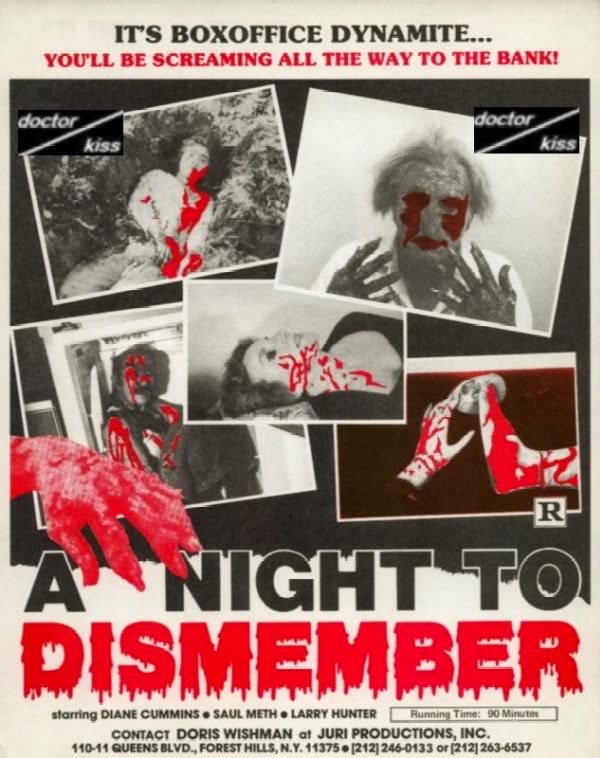