Home  ⁄  The Wire  ⁄  CREEPSHOW: ROMERO’S MORALITY BETWEEN THE PANELS 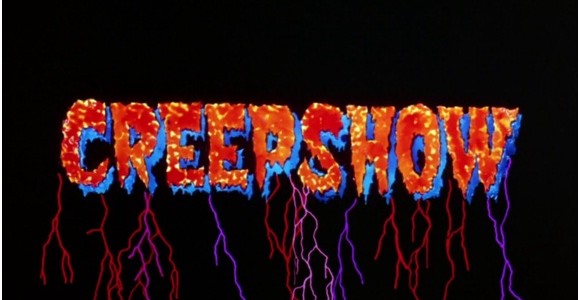 Another legend in filmmaking has left us, with George A. Romero dying over the weekend due to lung cancer. The auteur was 77 and has been working in some capacity in the arts for over 50 years. It’s almost impossible to overstate the impact that Romero had, not just on horror, or film, but pop culture at large. In the coming days, a lot of ink will be spilt discussing his landmark film, NIGHT OF THE LIVING DEAD, and how it changed the filmmaking landscape and reverberates throughout our society to this day. At a time when “post-horror” is a stupid buzzword for socially conscious and character-focused “thrillers,” Romero’s filmography proves that it was always part of the genre and his cinematic exploits were unafraid to use ghouls and garish acts to comment on something much deeper.

Attention will be focused, rightfully, mostly on his DEAD films, including his stellar follow-ups DAWN OF THE DEAD, DAY OF THE DEAD, and LAND OF THE DEAD. But Romero was more than just his hordes of zombies—he has a rich and rewarding set of work outside of those undead tales. What’s most remarkable is that, while the DEAD films get all the praise for injecting morality and commentary, these other films did that as well, just perhaps with a different bend to them. My favorite Romero film is CREEPSHOW, the 1982 collaboration with Stephen King that was a tribute to the EC Comics of their youths.

EC Comics explored a lot of different genres in the ’50s — including comedy, crime, mystery, romance, sci-fi, and horror. While MAD Magazine is clearly EC’s biggest hit, lasting up to this day in some form or another, those horror titles were incredibly popular as well—with Tales From The Crypt, The Vault of Horror, and The Haunt of Fear being the flagship series. These comics used gruesome imagery by impressively skilled artists to depict macabre tales usually about some form of karmic or ironic justice befalling hateful people. Unfortunately, the art was considered so lurid that the books became the target of a pearl-clutching witchhunt led by Dr. Fredric Wertham. While Wertham cast a wide net to include all types of comic books, including superheroes, his main issue was with the violence depicted in EC Comics’ horror and crime stories. This would eventually lead to the Comics Code Authority being constructed and that, in turn, led to a castration of the work being put out. Eventually Tales From The Crypt and the rest petered out around 1955. In theory it would just be a forgettable blip in the pop culture world where horror comics were enjoyed by people of all ages and walks of life en masse.

But that was not meant to be as the comics left a strong impression on two of the late 20th Century’s greatest voices in horror: George A. Romero and Stephen King. Both men were doing very well in their respective fields at the time and had been trying to collaborate on a project for a while when they decided to embark on CREEPSHOW together. The two titans of horror had grown up devouring EC comics and wanted to pay tribute, telling multiple stories with horrific bends while maintaining a sense of fun about them. Bringing along F/X wunderkind Tom Savini to supervise all of the make-up work, they soon realized their tribute to the comics they loved.

Much has been made of the comedy of CREEPSHOW as well as some of the lasting imagery and impressive gore work. And while the film boasts a lot of funny moments and cool visuals (and Ed Harris dancing like a fool), its morality often gets lost in the shuffle. People love to point to Romero’s DEAD films as examples of his social commentary, but rarely seem to bring up the ideas of karmic justice that fuel much of CREEPSHOW. In keeping with the comics, characters in each of the stories are punisged for their wicked ways. But it’s not as simple as “this person is bad and must die” but rather why and how they are portrayed as being “bad.”

The first installment, “Father’s Day,” features a family of entitled morons who make light of the fact that their inherited wealth came from a horrible man and his untimely demise. While, presumably, Nathan Grantham was a terrible abuser who deserved his death, the fact that he was succeeded by a bunch of lazy airheads points to the classic adage that “behind every great fortune there is a crime.” The zombie Nathan rises from his grave and seeks violent retribution, dispatching everything in his path while suggesting that the sins of the past are never that far from the present.

The critique of the rich elite is present in two other CREEPSHOW segments. “Something to Tide You Over” showcases Leslie Nielsen as a wealthy man who concocts a horrific revenge plot, believing he is above the law and will get away with it. He enjoys watching from a distance as his cheating wife and her lover drown terribly on a beach. The supernatural intervenes and his victims come back to claim what is theirs in another story in which people with means are shown as vicious, disconnected, and ultimately destroyed by their own petty schemes. “They’re Creeping Up On You,” the film’s final (and possibly most infamous) segment, centers around an obscenely rich man (played by E.G. Marshall) named Upson Pratt who is obsessed with money and maintaining his antiseptic, ordered life, while having no regard for the lives or well-being of others. He is patently racist, incredibly hateful, and delights in the terror he instills in other people. Pratt’s greatest nightmare is realized, though, when the segregated world he maintains is soon literally overrun by pests, let loose by the grieving widow of one of his defeated financial foes, and he dies alone amidst an army of cockroaches.

Even “The Lonesome Death of Jordy Verrill,” the cartoonish second segment that features King as a hayseed farmer who becomes infected with “meteor shit,” has a critical bent to it: not just the hubris of a man who doesn’t think before he acts (by touching the meteor or, later, diving into the bath) but also shows the buffoon as being motivated by money for what he has found. His sad demise is built on sad designs; a limited vision of the world, which ultimately ends with a forgotten death while the terrible plague he unleashed begins spreading towards others.

If there is an outlier in the segments towards a call for social justice, it may be “The Crate.” At first glance it’s about a browbeaten professor (Hal Holbrook) who cooks up a plot to get his abusive drunk of a wife eaten by a monster. Sure, the wife is a terrible person who takes every opportunity to act like a lout and attack those around her. But what if mousy Holbrook isn’t the real hero of the story? After all, it ends with him confident that the whole affair is wrapped up having dumped the titular crate into a quarry, but the audience sees the box explode and the monster within set free. The suggestion is that Holbrook may have done away with his own problems, but at what cost? And who knows where the monster will strike next or how many more lives it will claim, all due to one man’s petty revenge because he never had any self-respect.

The DEAD films shone a light on systemic racism, rampant consumerism, and the spread of the military-industrial complex, among other social issues. But CREEPSHOW, in keeping with its EC tradition, also has many targets on its mind. Romero and King know the delight audiences feel when horrible people are undone by their smug satisfactions; when the crimes against fellow citizens are avenged in the most horrific ways possible. With gallows humor and a great sense of style, justice is dispensed upon the wicked that dare think themselves better or separate from their fellow men and upsets the natural order to make sure they are punished severely in gruesome fashion.

EC Comics were shut down through the machinations of moralists who objected to the genre and imagery, but never understood the actual morality tales being told within their pages. For five years, those horror comics churned out many macabre tales that were devoured by their readers, before supposedly vanishing forever. But the tales lasted, resurrected in film and TV adaptations, and even spurring the imaginations of some of the brightest stars the genre has ever known. So, too, has CREEPSHOW lived beyond its release. Spawning two sequels and directly leading to Romero’s work on TALES FROM THE DARKSIDE TV series, the film is always mentioned whenever anthology films are discussed. The psychedelic imagery and memorable lines have stayed with audiences for over three decades since it premiered. And that’s the thing about legacy — though something may pass from its original form, it will live on in the minds and hearts of those that were affected and inspired by it. George A. Romero, that great innovator of film and pillar of the horror genre, has died but he remains present through his works. His gleeful anger at those societal ills which plague our culture remains a call to arms for all artists to be unafraid to inject their perspectives into their works. Romero’s legacy, as a master craftsman that used genre films to proclaim his views of an unjust world, will persist and continue to inspire for generations to come. 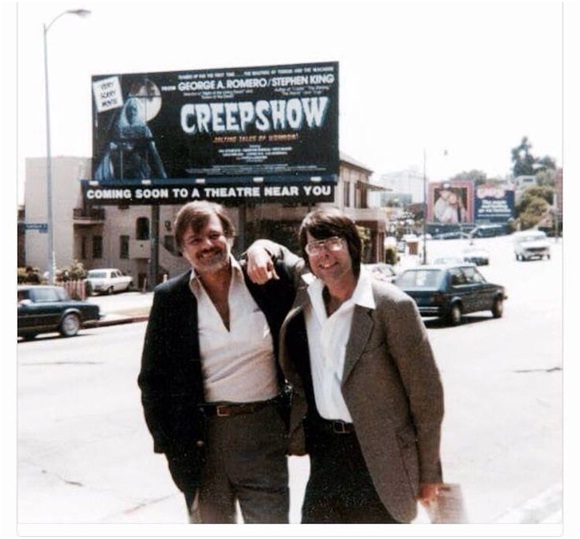