A stylish sci-fi adventure film that never lets up, KILL ORDER follows high school student David Lee as he is targeted by mysterious intruders. David must draw upon a terrifying past he doesn’t remember and seemingly superhuman strength he is discovering to seek revenge on his attackers and to attempt to protect his loved ones. The film is written and directed by James Mark and stars his brother Chris Mark, who pulls off a dazzling display of martial arts skills and some fine acting, portraying David’s inner turmoil over his haunting memories.

Daily Grindhouse caught up with Chris Mark to ask about the challenges and rewards of taking on this demanding role. 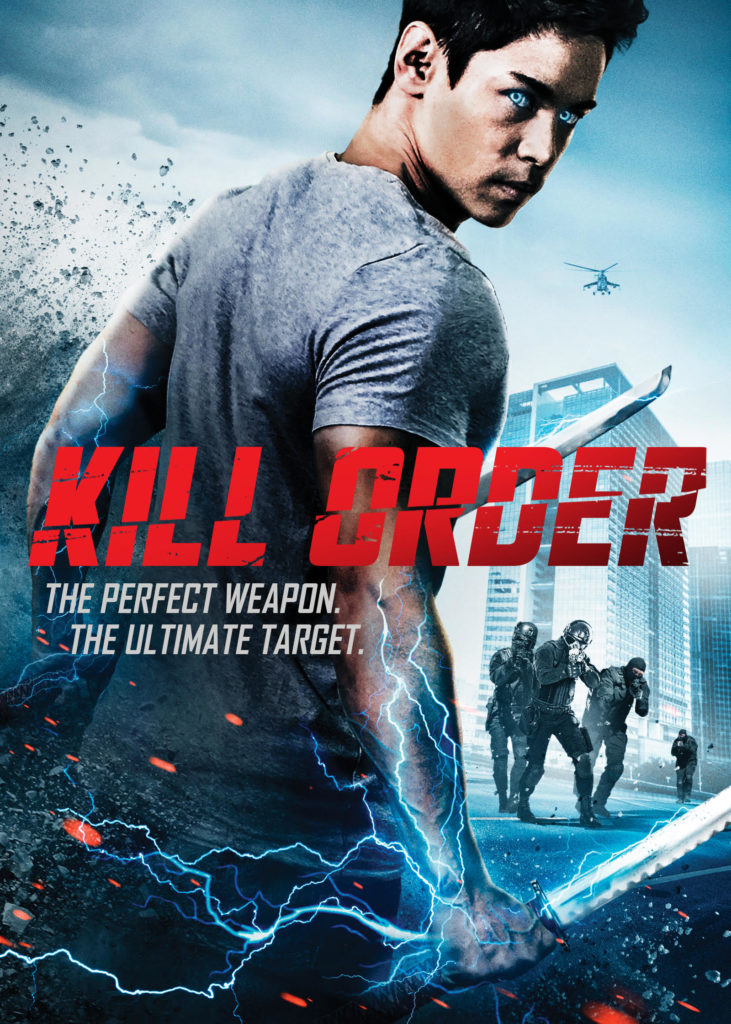 Daily Grindhouse: What first attracted you to this role?

Chris Mark: My brother is the writer and director, and he actually wrote the character with me in mind. We’ve worked together for ten years, and have a very similar vision and style. We wanted to do something that had the feel of Japanese animation, with a sci-fi superhuman twist.

Daily Grindhouse: What was it like shooting all those action sequences?

Chris Mark: It was fun, hard work. I’ve done this for ten years, and it was still the hardest thing I’ve had to do in terms of action and stunts. But it was done in my favorite style to perform.

Daily Grindhouse: What was it like working under your own brother as a director?

Chris Mark: It was great, we’ve been working together for over ten years and have a very good relationship. He knows what I’m capable of in terms of physicality. And it’s very nice being able to share the work with a family member.

Daily Grindhouse: You mentioned Japanese animation. What were some possible influences on this film?

Chris Mark: In Japanese animation, the characters often have some superhuman ability, which made it similar to some scenes in animation. We would combine martial arts with gymnastics and acrobatics to create that kind of a flashy style.

Daily Grindhouse: What was the most challenging aspect of taking on this role?

Chris Mark: It was the physicality of the fight scenes. It was the hardest project I’ve ever worked on. Also, to be honest, there were things like scheduling. We had all these high-level martial artists, and it was shot over two years. So it was always hard coming back from a break, being prepared, and keeping up the same style.

Daily Grindhouse: What was it like working with the special effects?

Chris Mark: For eyes, we had contacts when the change would happen. Then there’s that wind enhancement when he’s using spiritual energy from the other world. You had to kind of visualize what that was going to look like. Bigger and more exaggerated, when it would flash blue and he would send people flying from his punches.

Daily Grindhouse: What was the most rewarding part of this role?

Chris Mark: Seeing everyone’s hard work come to the screen. We had been in the extreme martial arts entertainment company for awhile, but this was our own feature product with complete creative control after all that hard work.

Daily Grindhouse: How did this role differ from those you’ve done in the past?

Chris Mark: It was completely different. I was playing someone with two personalities and those were both different, there’s these layers of complexity. It’s fighting, but with a purpose, so it’s fun and enjoyable.

Daily Grindhouse: How did you portray David’s inner turmoil so well?

Chris Mark: That was some preparation on the acting side. I spent several months on his character. I created it for myself in my mind. And it seemed like what had happened in his past was so horrifying, that things happening in the present would trigger that.

Daily Grindhouse: What did you think when you first read the script?

Chris Mark: I was excited. My first thought was: this is a lot of action and stunts. But it also showed a lot of promise and emotion. It was a challenge I really wanted to put myself into.

Find out more about the movie on the official Facebook site!