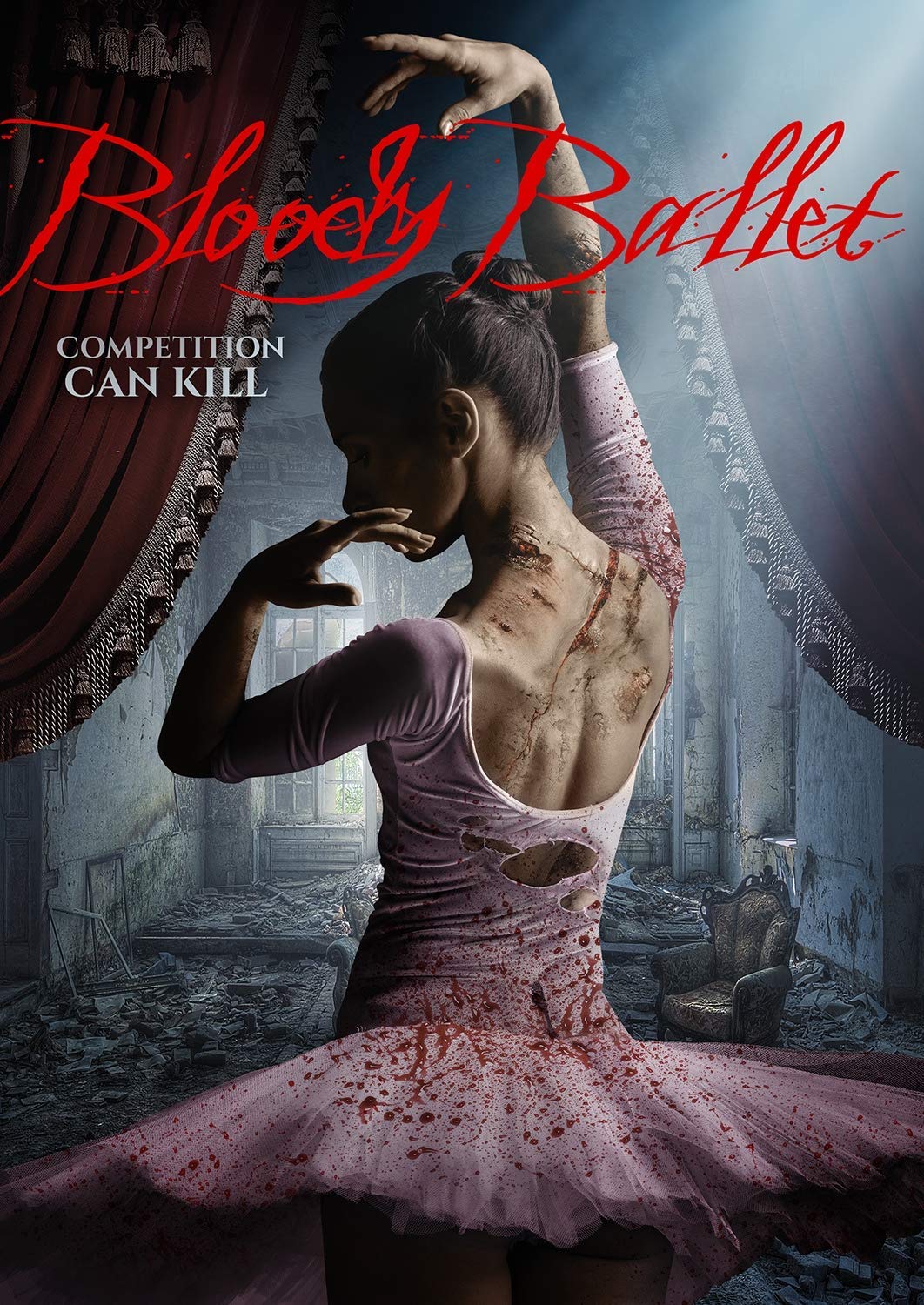 I recently had the extreme pleasure of watching the the modern American giallo, BLOODY BALLET. What a top-notch film. It’s a wild roller-coaster ride of twists and turns, deeply routed in the style of classic Italian films, while maintaining a current horror sensibility. This little slice of terror that takes place at a ballet academy has it all: ghosts, slashers, blood, gore, and tons of style.

I couldn’t stop thinking about BLOODY BALLET. It’s a twisted masterwork. So, I reached out to one of the film’s stars, the genre-film veteran Debbie Rochon. Huge thank you to Debbie for taking the time out of her busy schedule to chat with Daily Grindhouse about BLOODY BALLET, what it was like working on the set, and what projects she has planned for the future. 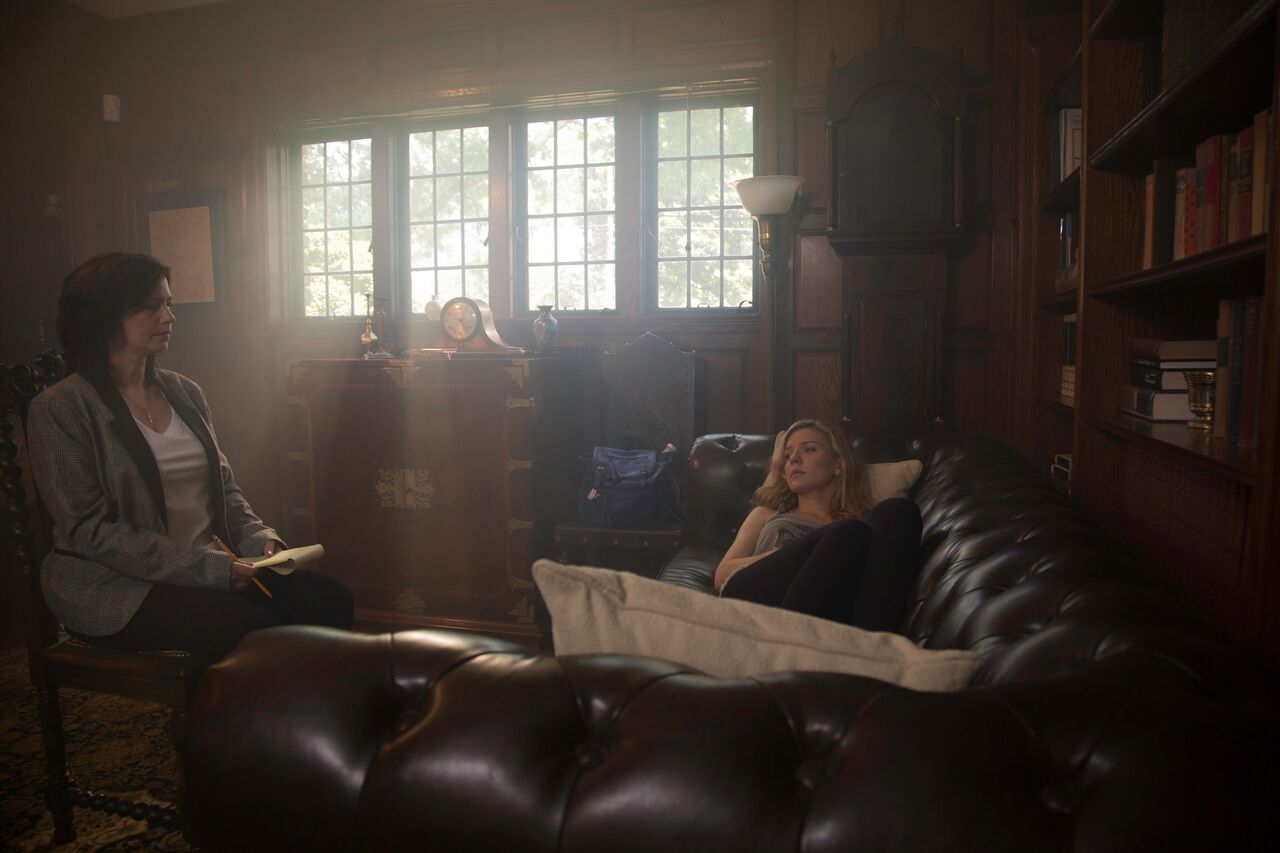 Daily Grindhouse: You are absolutely stellar as Dr. Carlina Cassinelli. Your performance showed real versatility. How did you prepare for the role?

Debbie Rochon: Well, first I read a lot about therapists working with artists. There is a lot of great information on the subject. It’s not that different than a ‘normal’ patient, but because of what they go through on a regular basis — rejection, competition… it was helpful. I work a lot with the Michael Chekhov technique, so I mostly pulled from that. Quality of movement work. Also, seeing it’s a giallo-inspired film, it was important to understand the visual is equally as important as the emotional.

Daily Grindhouse: Did you have any real-life influences to help form your idea of who your character is?

Debbie Rochon: No, but I usually don’t with most of my characters, seeing as how I play such a wide variety of people in extreme situations in horror or horror-comedies. I really base my characters on a combination of what is in the script and what purpose my character has in the overall story. What relation does my character have to the story evolving? That is my biggest influence. Then I fill it out from there, and depending on what the director wants, it starts to formulate. 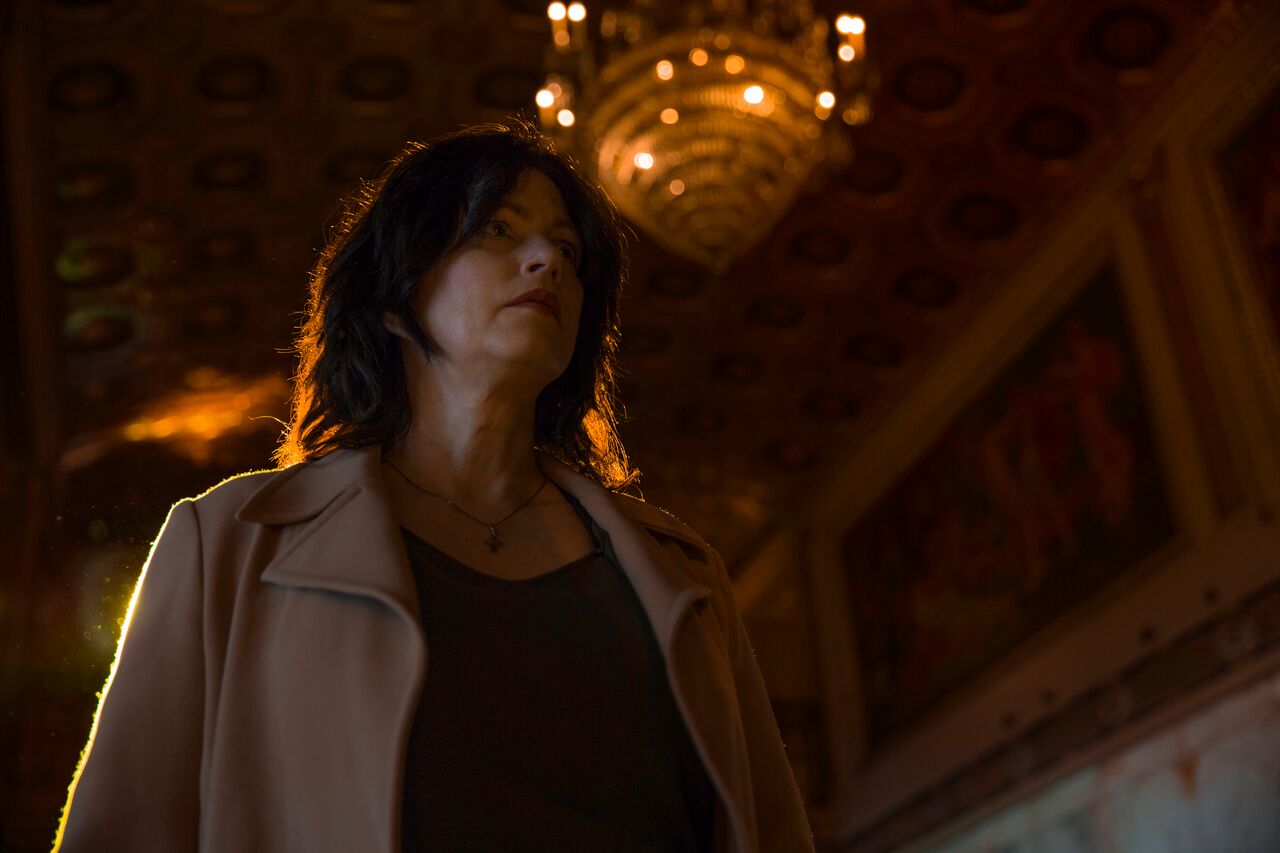 Daily Grindhouse: I’ve been a fan of actress Caroline Williams ever since she played “Stretch” in TEXAS CHAINSAW MASSACRE 2. Have the two of you ever worked together before? If not, how was it working together?

Debbie Rochon: We’ve been in a couple of other movies together, and yet not together. Like this movie, we were never on the set at the same time, so while I couldn’t tell you first-hand how it is working with her, I know she does incredible work with her roles.

Daily Grindhouse: You and Caroline are genre film veterans. Did you have any advice to the younger cast members?

Debbie Rochon: It would be fun to say yes, but the reality is the other actresses were very studied and hard-working, skilled performers and didn’t require any. They were solid and detailed in their work and approach, it was a joy to watch. I thought they were terrific in their roles. 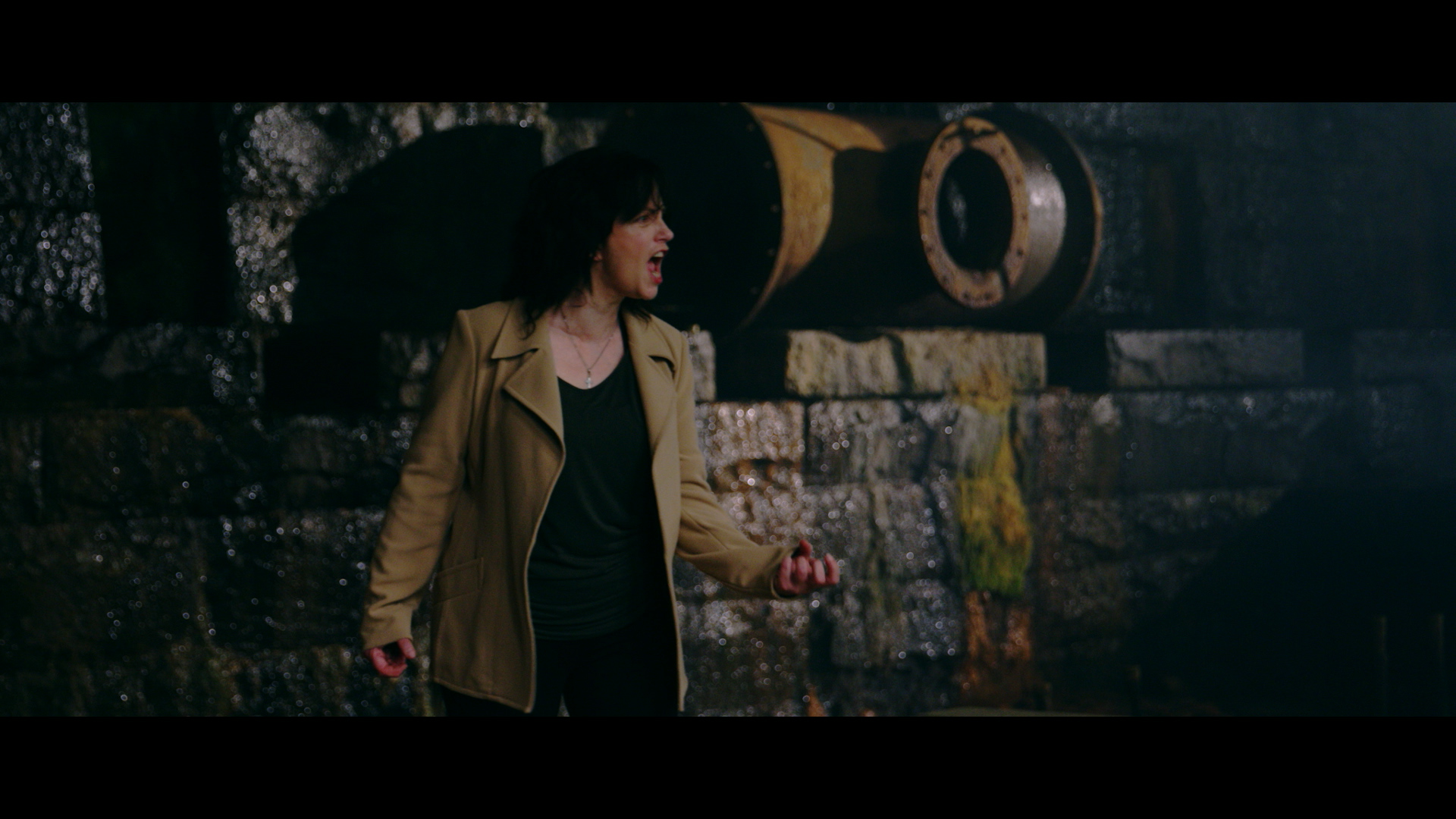 Daily Grindhouse: BLOODY BALLET came across to me as a modern interpretation of classic Italian giallo. Everything from the score, to the lighting, to the black-gloved killer evoked that sensibility. Did you get the same feeling from the film?

Debbie Rochon: Yes. Very much. That was really due to the talent of the director, Brett Mullen. He had such a strong vision, and knew exactly what he wanted and how he wanted it to look. He also had a great time putting the scenes and shots together. It was fun to watch him work. I would put him in the top tier of talented directors I have worked with. The movie works as well as it does because of him — he co-wrote it, directed, shot the movie, and edited it. So when you’re dealing with a person with the entire vision on their shoulders, it says a lot when it works so well. Not often you find people who are talented and comfortable in all of those hats. It wasn’t because he had to out of need, either. He did it out of desire. That vision and desire is what can make a really terrific film. Even more than budget.

Daily Grindhouse: You always have the most interesting projects. Can you give me a little sneak peek of what we can expect next from you?

Debbie Rochon: Sure, I am very excited for DOOM ROOM to come out in January as well. It’s a powerful movie, very disturbing yet highly original. Based on true events. It takes the real life story of the woman who was abducted by a husband and wife, then forced to live in a box under their bed for seven years. The movie takes that premise and spins it in a trippy Alice in Wonderland kinda way. Directed by Jon Keeyes, whom I made AMERICAN NIGHTMARE with. I just finished shooting Lloyd Kaufman’s latest and most likely his last movie, SHAKESPEARE’S SHITSTORM, based on the play The Tempest. I will also be directing TORMENT ROAD in 2019, which I’m really excited about. 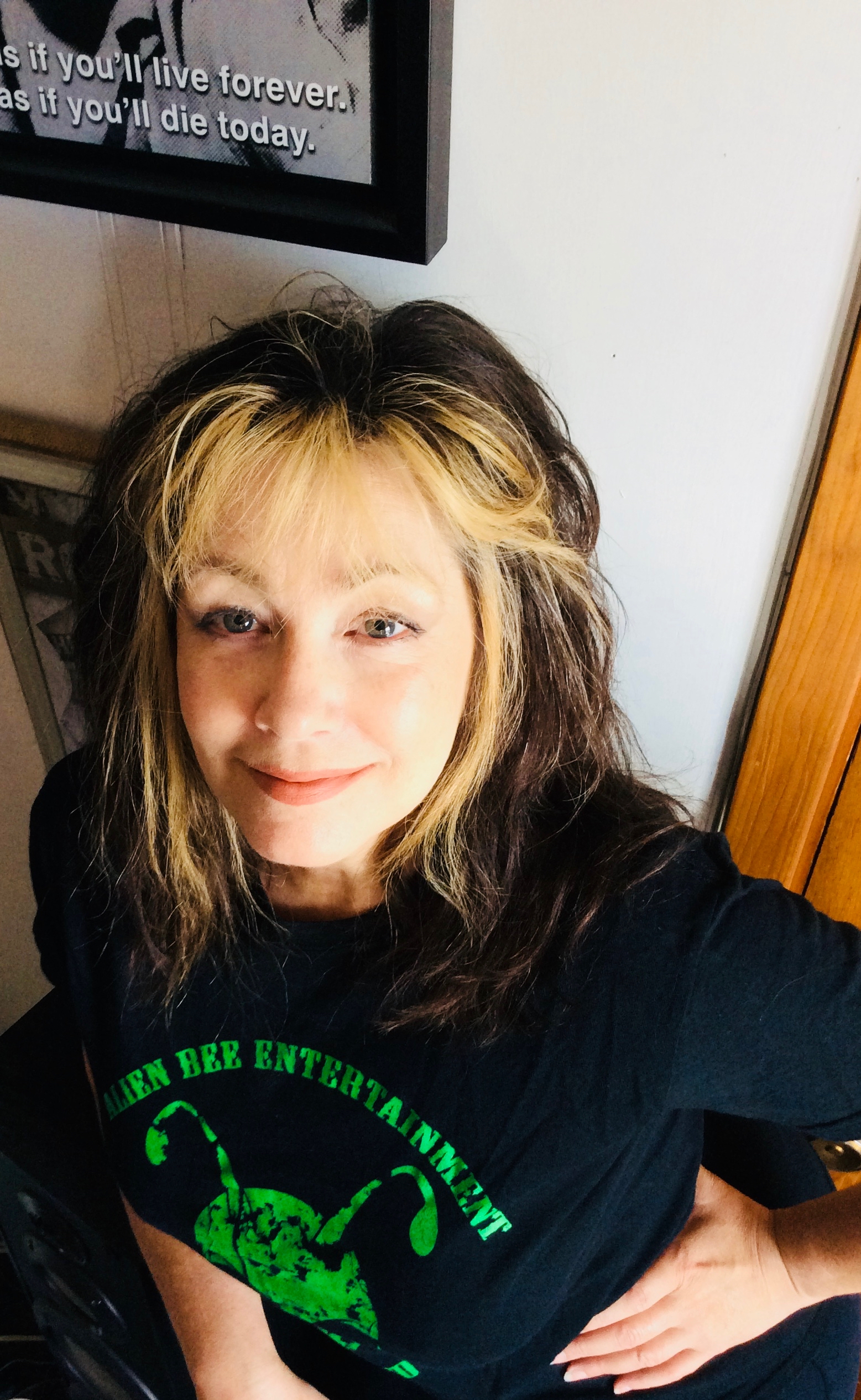 Once again, I would like to express my gratitude to Debbie Rochon for taking part in this interview. She is a true angel of independent cinema. I feel honored. Thank you! — @rottengerm77