MIDNIGHTERS, which made its world premiere at the LA Film Festival on June 19th, is a tense horror-thriller which marks the directorial debut of Julius Ramsay, who has previously worked on The Walking Dead and Battlestar Galactica. The script, which was written by his brother Alton Ramsay, features a series of tangled incidents that swiftly go downhill after a couple accidentally hits a stranger on New Year’s Eve. The film features strong performances from Alex Essoe (STARRY EYES), Ward Horton (ANNABELLE, THE WOLF OF WALL STREET) and Dylan McTee (MTV’s Sweet Vicious) as well as a plot with twists and turns that will keep you guessing at motives and even who everyone is.

DG: What was the leap like from working on The Walking Dead to directing MIDNIGHTERS?

JR: It was a massive difference, going from the huge and incredible infrastructure of a major TV show with huge resources to minimal resources and building structure as you go. It’s like the difference between going to an airport to catch a flight, and being at a train station building the tracks as you go. And then there’s dealing with that infrastructure—the logistics and things and details that need to be taken care of.

DG: What was it like directing something written by your brother Alton Ramsay?

JR: My brother and I brainstormed about making a film with no supernatural elements. Something like Danny Boyle’s SHALLOW GRAVE or early Coen Brothers, with a certain visual style. My brother had the idea of writing about hitting someone on the way home—we used that as a leaping-off point for creating a thriller about a tense married couple making poor decisions. He wrote a phenomenal script, but they wanted a lead actress from Hollywood to play the main role. So we raised the money and produced it ourselves. This allowed us a lot of creativity, my brother came up with a few lines on the set. As a writer and a producer, he really helped to herd the sheep. When you’re that invested in a film creatively, you can provide invaluable assistance.

DG: The film has been described as Hitchcockian. Were there any specific influences you can cite on this tense horror-thriller?

JR: As mentioned before, Danny Boyle’s SHALLOW GRAVE was a big one, as well as the early Coen Brothers, something like BLOOD SIMPLE. There’s also an English film called THE DISAPPEARANCE OF ALICE CREED, which is similar in that it’s a taut thriller.

DG: What was it like directing the film using mainly one set, the house the characters hid out in?

JR: We looked at a lot of different houses, and just found a house that was so visually striking. Originally we had imagined a small middle-class home, but we found the house so visually striking that we added a storyline where they bought a large house and were renovating it—where they were doing construction, and there were always tarps and saws around. I think that added to the sense that it was a little off-balance, to the sense of unresolved tension and unease and claustrophobia from the renovation.

DG: How did you maintain an atmosphere of tension between the characters throughout the twists and turns in the plot?

JR: Tension is an invitation–fundamentally you’re expecting things to be one way, and acting on itself it can anticipate something that was sometimes bigger and more malevolent. Tension is basically everything–from set design to shot selection to the actors playing–it works itself into everything, scene by scene, what every scene means. It’s about finding what the audience is feeling so you can feed into it.

DG: There was a fair amount of on-screen violence in the film. How did you decide when to focus on the violence?

JR: It varies given the scenes, and you really decide how to show that in the editing. The editor is cooking a meal from ingredients that you give them. So if you shoot more violence than you’re going to show, in the editing room you can dial it back. I do think the film is unflinching in showing the violence.

DG: You have worked as an editor on several television shows. How did you work as an editor influence your work on THE MIDNIGHTERS? 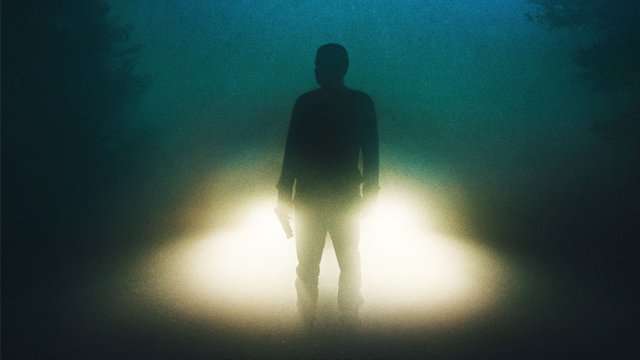 Find out more about the movie from the official site!