Home  ⁄  The Wire  ⁄  ‘THE ENTITY’ IS A COMPELLING, ODDLY STRUCTURED HORROR FLICK 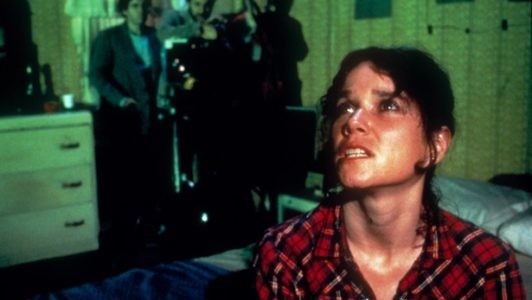 The trailer for THE ENTITY concludes with a tagline claiming that it is “based on a true story…that is still happening.” That should be your first clue that no matter how good the film is for most of its runtime, the ending is destined to be underwhelming at best, unsatisfying at worst. Director Sidney J. Furie and writer Frank De Felitta split the difference and go with over-the-top silly. While the ending of the film does not really detract from the mostly good material that precedes it, it does stick out like a sore thumb. Take that upfront warning how you will. 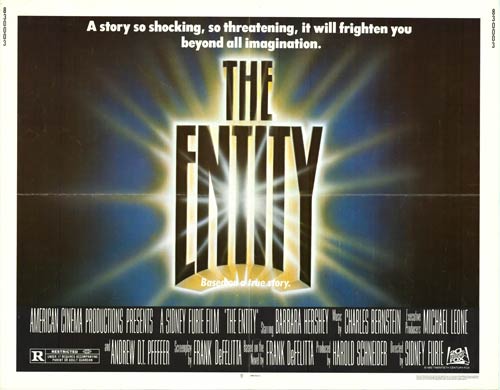 Driven by an urgent, dramatic Charles Bernstein score, the film wastes no time getting down to business establishing the harried life of Carla Moran (Barbara Hershey) as a credits sequence follows her from her job as a receptionist to a nighttime typing class to cleaning up the after dinner mess of her three kids. We see her have a brief conversation with her teenage son Billy (David Labiosa) about a letter from his school counselor and then head to her bedroom, exhausted. This opening is so rooted in the routine and every day that so many people can relate to that the shock is increased beyond what it would normally be when Carla is punched in the face and raped by an unseen force.

From that dramatic, upsetting sequence, Furie keeps piling on the attacks in number and ferocity. Who do you call when a ghost sexually assaults you? As Billy points out when she wants to call the police, no one is there. After a somewhat silly sequence where her car is taken over and she careens through traffic, Carla goes to a free psychiatric clinic where she falls under the treatment of Dr. Sneiderman (Ron Silver). Sneiderman at first seems like a level headed, sympathetic sort who is invested in helping Carla overcome what he sees as a delusion brought on by her strict religious upbringing and her father’s incestuous desire for her when she was a child. But in a depressingly (and ahead of its time) recurring theme in the film, Sneiderman is just the latest in a line of men who have tried and failed to “save” Carla when really all she was asking for as a self-sufficient woman was help with a problem out of her control or expertise.

THE ENTITY is a textbook example of a fascinating, yet deeply flawed movie. De Felitta’s script (working from his novel) is oddly structured as a series of vignettes that reveal just how many men in Carla’s life have let her down (her father, the men with whom she had her children, Sneiderman, and potentially her traveling salesman boyfriend Jerry—played by a miscast Alex Rocco) in between shock sequences of Carla being attacked and raped. While the attack scenes are achieved via impressive physical effects, makeup work, and Bernstein’s aggressive score, their shock value diminishes as they increase in number. Eventually, the inclusion of these moments—arguably, the selling point of the film as a grittier, more violent version of POLTERGEIST—become a hindrance to the success of the film as they interrupt Carla’s journey from strong single mom to nervous wreck (as Sneiderman’s psychoanalysis fails her) to her resurgence as she determines that she is definitely not imagining the supernatural menace and she fights back against her ghostly attacker.

De Felitta based his novel on the real life case of a Los Angeles woman named Doris Bither. De Felitta changed several things from Bither’s case in the service of furthering the drama of his novel and screenplay (most notably, the better photographic evidence gathered by parapsychology researchers in the film as opposed to the one supposed photo of a spectral shape captured by UCLA academics). Changing details from the real life case is De Felitta’s right as a fiction writer and screenwriter. I actually wish he had veered away from reality even more in places because it would have potentially led to a more satisfying ending. 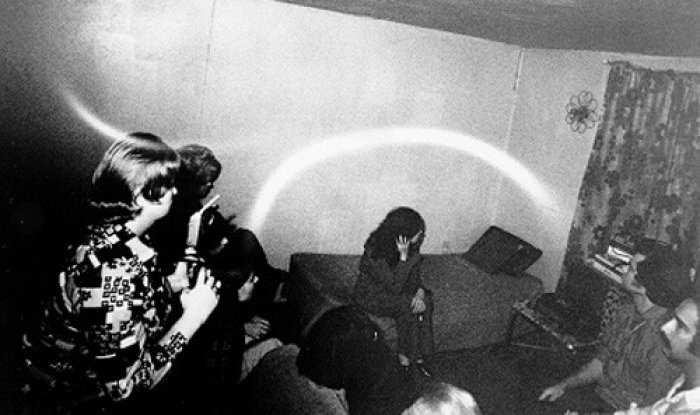 While the mystery of what happened to Bither in real life and Carla in the movie is never really solved, the film does act as a prime showcase for Hershey’s talents. The attack scenes are obviously visceral and allow for Hershey to give a brutally physical performance as she throws herself around with abandon as the ghost tosses her about. But more important to the film is what happens in the smaller moments as she believably connects with the actors playing her kids, gets across the hope that Sneiderman can help her before letting that hope curdle into bitterness and frustration, and comes across with steely resolve in the third act without ever going overboard with any kind of “tough” act. Hers is a remarkably nuanced and difficult performance that should be held in higher regard.

Furie’s stylish work with cinematographer Stephen H. Burum is accomplished without ever seeming “showy.” Using carefully placed canted angles and split-diopter shots to put the audience at a feeling of unease, Furie then relies on the very real, subtle work being done by Hershey, Labiosa, and Silver to ground the increasingly ridiculous supernatural twists that threaten to overwhelm THE ENTITY during a third act that goes partially off the rails.

While not a new restoration, THE ENTITY is presented here in a beautiful HD image, really capturing the odd visual appeal of Burum’s tricky photography as it underlines both the beauty and the grime of circa-1980 blue collar Los Angeles. Audibly, Bernstein’s score and the crashing, banging sound effects rattled my windows during the attack sequences.

There are four new interviews on this collector’s edition disc. The best of these interviews, not surprisingly, is with Hershey as she details the challenges of committing to such a physical performance without going too big and how Furie allayed her concerns that the film would be too sexually exploitive. Labiosa and editor Frank Urioste provide fond memories of working with Furie, but neither of their interviews are particularly revelatory. Fans of Bernstein’s epic score will find a lot of interest in his recollections about how he came up with such a bombastic piece of music.

The commentary by Daniel Kremer (author of Sidney J. Furie: Life and Films) is also new to this release. Kremer is clearly a huge fan of Furie’s and has a wealth of information to impart about his films, but he is too quick to go off on tangents and forget to finish the point or anecdote he was trying to make in the first place. Still, you cannot ever question his passion for Furie’s work.

Since this release has so many interviews with cast and crew and even ports over a featurette about parapsychologist Barry Taff (who served as a technical advisor on THE ENTITY and was involved in investigating the actual Doris Bither case) from a previous Anchor Bay release of the film, it is somewhat surprising and disappointing that Furie did not take part in any of the special features.

Considering the age of the film and how many people who worked on it have passed on, this is probably going to be the best home video presentation it ever gets. Despite Furie’s absence, it’s a pretty impressive package for such a flawed, yet intriguing movie.

THE ENTITY Collector’s Edition Blu-ray is available from Scream Factory on June 11, 2019. 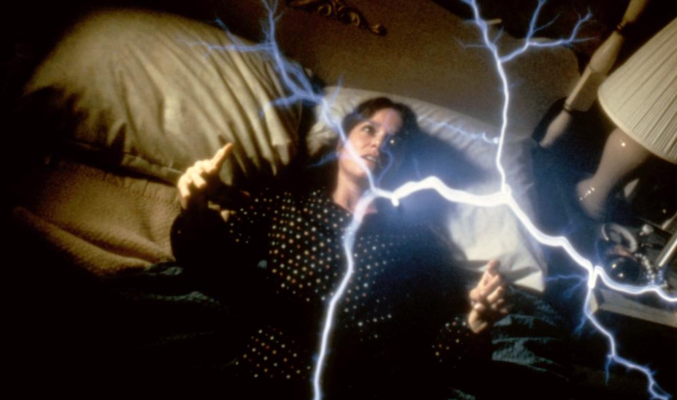