Taking place in one location over a few hours with a limited cast, Ryûhei Kitamura’s new film DOWNRANGE is a tense exercise in ever increasing dread and mounting spectacle. As director and co-writer (with Joey O’Bryan), Kitamura focuses on maintaining tension and tone that makes the horror of a sniper situation feel truly horrifying and threatening. The most impactful decision in the movie is that the audience is constantly reminded of the wide expanse surrounding the imperiled victims, tempting them with a false freedom from their ordeal that will not come with ease. DOWNRANGE does an excellent job of maintaining tone and introducing escalating stakes, but falters a bit to a failure to create interesting characters. 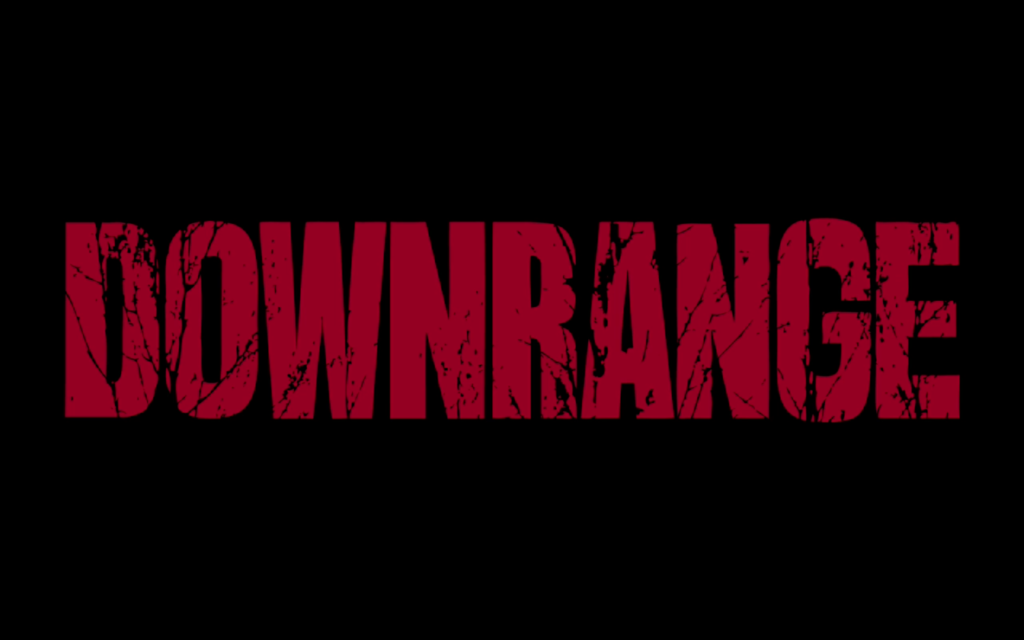 On a quiet strip of road in the desert, a car full of college kids heading home blows a tire. This group of strangers heading in the same direction begins to repair the flat in the sweltering sun while talking about their plans back home. In the blink of an eye, and the squeeze of a trigger, it becomes ghastly apparent that there is a sniper in the nearby trees who is intent on picking off the students. Pinned down behind the car, this motley crew must figure out a way to outwit and outlast the maniacal gunman terrorizing them from afar.

Even with numerous headshots and excellent practical gore F/X, DOWNRANGE is surprisingly restrained for a Kitamura film. The maker of previous entries like VERSUS, GODZILLA: FINAL WARS, and THE MIDNIGHT MEAT TRAIN is methodical in laying out his malevolent trap and the ways in which the victims are taken off the board. Kitamura does a great job of introducing a new element or complication right when audiences are tiring of the current situation, which ratchets up the tension and ensures the movie is never boring. The sense of panic and dread that permeates the arid landscape is palpable, and seems culled from horrific real-life experiences like the UT Tower shooting or the D.C. Sniper event. It’s not easy to guess what will happen next, and each dark turn is surprisingly effective without seeming desperate or unearned. 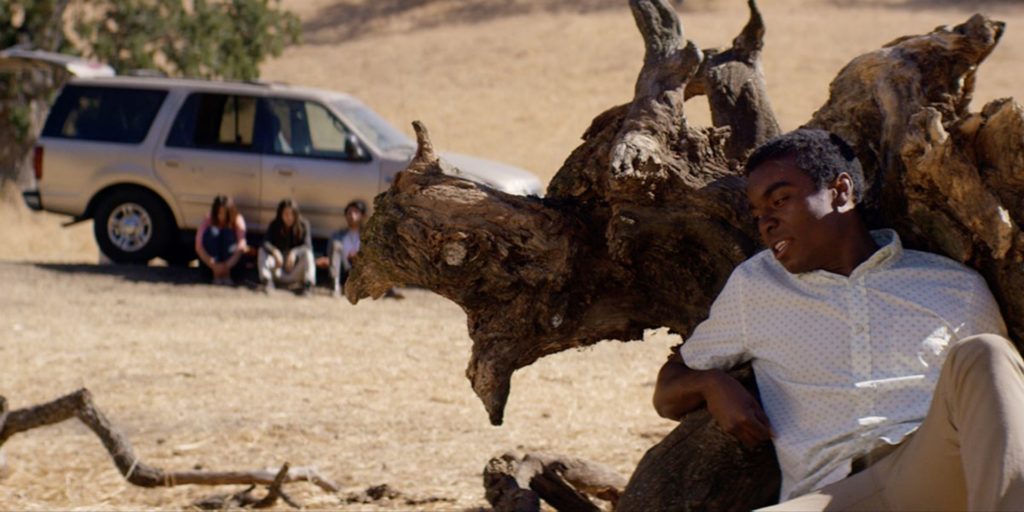 DOWNRANGE also does a great job of contrasting the quiet tension and stillness of the environment with the sudden and gruesome gore of the attacks. Despite these two disparate elements juxtaposed against each other, the film is a great example of maintaining a consistent tone throughout. No matter how much the violence amps up, or the waiting for further violence endures, Kitamura instills the scene with a real immediacy and gut-wrenching dread that leaves viewers reeling from what is happening on screen while preparing for it to get a lot worse.

The only area in which DOWNRANGE fails is that the characters (with one exception) are pretty thinly sketched. There are the obvious archetypes for a survival film — the panicked coward and the wise army brat—but for the most part there is nothing that makes them compelling as people. In fact, halfway through the movie audiences may realize they don’t even know everyone’s name, but then the characters spend about 15 minutes using them repeatedly. Todd (Rod Hernandez), whose car in which everyone was traveling, is given a nice monologue and exhibits impressive talent, but the others do not fare as well. Ultimately the film succeeds despite this missed opportunity, but if the characters had been better flushed out and more compelling than the circumstances would have been even more gripping. 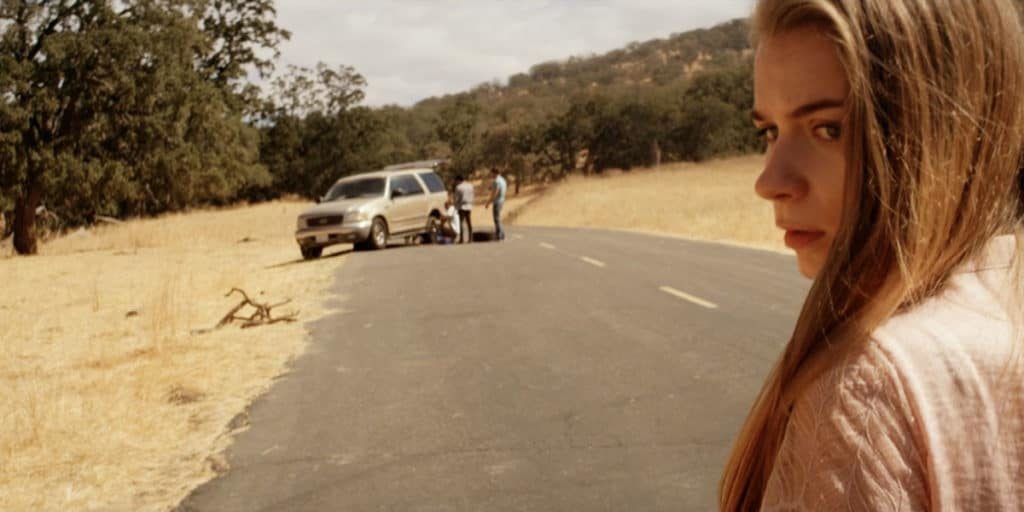 Traveling down quiet country roads, it’s not hard for minds to wander to what is lurking behind the doors and in the forests lining the asphalt. There’s something in people’s biological make up that compels humans to think about the dangers that lurk just out of sight, or what horrific scenario could befall them. How would you react? What would you do in that scenario? Which part in this disaster would you ultimately play? DOWNRANGE gets a lot of mileage out of making this terrible scenario seem realistic, ramping up the tension while providing gorehounds with some excellent grotesque shots. Kitamura’s film takes place in a pastoral land beyond where any assistance can be provided, leaving viewers alone with the gunman… and their own dark thoughts.

DOWNRANGE is a Shudder exclusive and will be on the app starting Thursday, April 26. The film will also be shown in New York at Nitehawk Cinema April 27 & 28 with Kitamura in person on April 27. 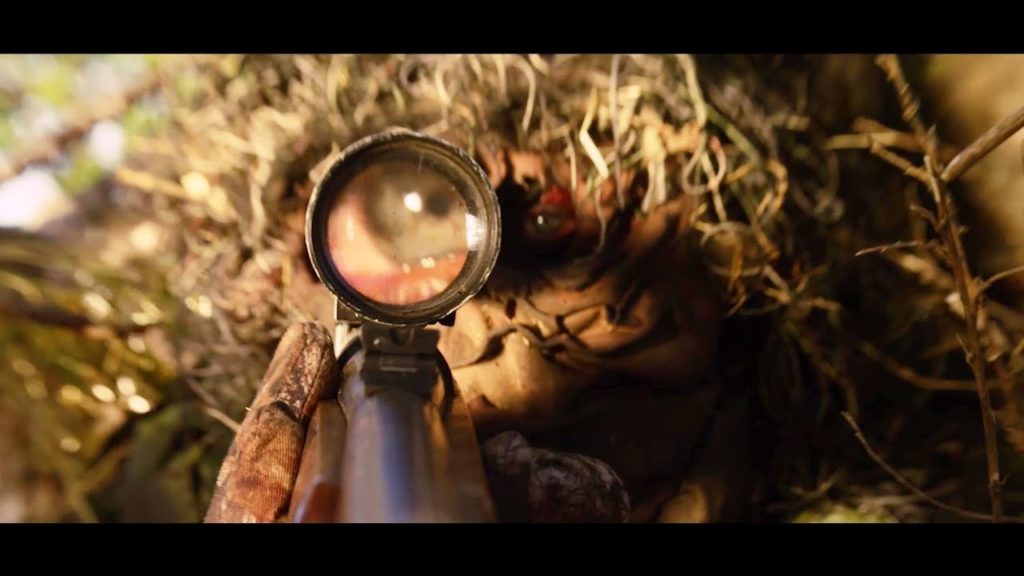