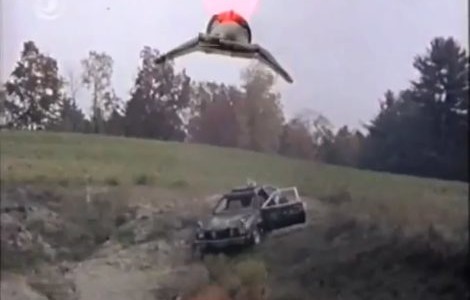 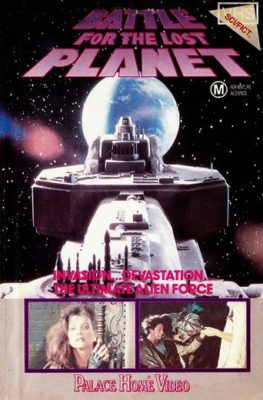 I have mentioned it before, but when I decide to watch a movie for this column, I hardly do any research. I want to go into the film with as few preconceptions as possible. With some movies, I simply hit play, based on the title alone. That was the case with BATTLE FOR THE LOST PLANET (a.k.a. GALAXY DESTROYER and GALAXY) and I am so happy that was how I watched the film because it consistently surprised me with its wit and odd twists.

Harry Trent (’80s genre stalwart Matt Mitler) is an industrial espionage agent in the near future (the film came out in 1986, but it is set in a future where security guards carry laser guns and rich people own personal space shuttles) who steals the plans for a new military weapon from the headquarters of a powerful corporation. Cornered in an aircraft hangar, Harry steals one of the aforementioned personal space shuttles to make his escape, but the shuttle is damaged during takeoff, leaving him drifting helplessly in space. 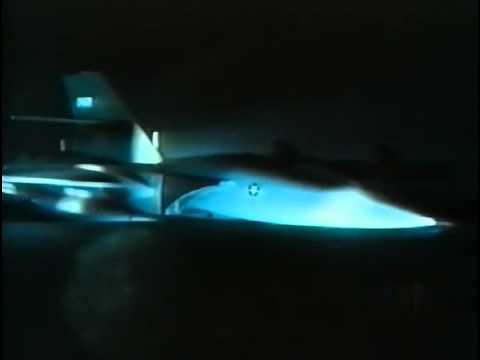 No sooner has Harry absorbed this information (courtesy of a chatty ship’s computer) than he spots a battalion of alien ships descending upon Earth. With his communications system disabled in the takeoff, Harry is unable to warn anyone on the planet and he watches helplessly as the alien ships wipe out the majority of human civilization in ten minutes.

Several years later, the trajectory of Harry’s drifting ship brings him back in the orbit of the Earth where he re-enters the atmosphere and lands somewhere in North America. He discovers that not only have the aliens taken over the planet, but also that there are crazed gangs of bloodthirsty mutants roaming the countryside. 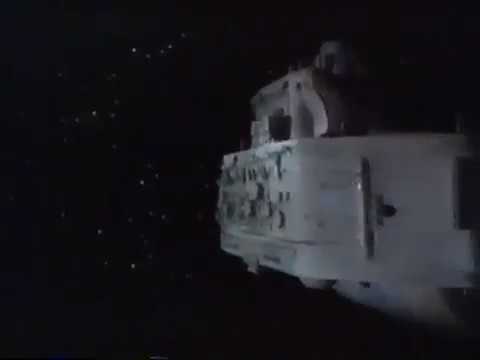 A few human survivors still exist, banding together in small groups for survival. It is from one of these groups that Harry learns he has become a folk legend since he escaped the planet with the plans for a weapon that could potentially destroy the alien invaders. Along with Dana (Denise Coward), a beautiful warrior (of course) from the group of humans, Harry makes his way across the country in an attempt to find a special military post that can launch the weapon.

The neat trick about BATTLE FOR THE LOST PLANET is that what sounds like a routine time waster in the “promised one appears to lead the people against evil” mold is in actuality equal parts genre spoof, light philosophizing about the dangers of escalation when it comes to weaponry, and just a general sense of Zucker-Abrahams-Zucker wackiness. 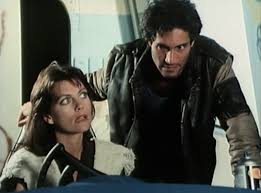 While writer/director Brett Piper does not have the advantage of a decent budget or a memorably silly/stoic lead actor like Leslie Nielsen or Robert Hays, he does have the guts to embrace every bit of pulpy plotting he can and turn it on its ear. From a long, but relatively inspired sequence of Harry coming close to losing his mind during his time adrift in the shuttle to a conversation with a survivalist whose back story is far different than expected, there is consistently something askew about scenes that would otherwise be the same clichéd thing we have seen a hundred times before.

Mitler helps keep the film tonally on track. Looking much like the best friend who always gets the lead into trouble with his frat boy obnoxiousness in ’80s sex comedies, Mitler is not the world’s best actor, but he commits to every bizarre plot twist and character beat, a smirk or incredulous expression always at the ready to sell a gag. While the hit-to-miss ratio of the jokes in the film could be generously estimated at sixty percent, Mitler makes maximum effort to put every single one of them over.

While Mitler is on board every step of the way, Coward is a bit of a drag as the perfunctory love interest tasked with taking Harry’s ego down a few notches. Her performance is never embarrassing or amateurish, but she does phone it in. Much better is Joe Gentissi as a misogynistic gang leader named Mad Dog Kelly who eventually helps Harry and Dana. Gentissi’s performance might be the first time in film history where an actor tries to intentionally impersonate Frank Stallone instead of his more famous brother. The crazy thing is, his performance works in the context of the character and gives the film the third act boost it needs for some new laughs and as the unexpected conscience of the story as the only character who is not sure if the weapon should be activated or not because of its potential ramifications for the humans left behind after the aliens are defeated. 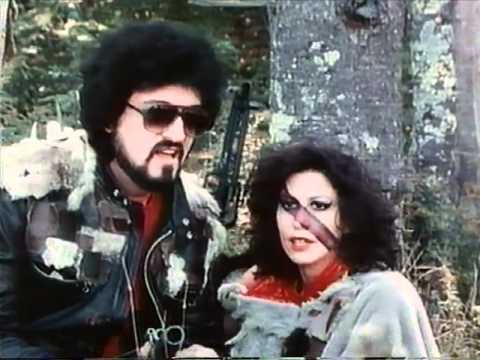 Piper gets a lot of mileage out of the cheapness of the effects work. Charmingly crude stop motion monsters and spaceships, cheap alien masks, and flimsy cardboard cutouts used for city skylines are the order of the day. Instead of highlighting how barebones the production is, I was impressed by how much Piper tried to do with so little. In many ways, BATTLE FOR THE LOST PLANET feels like an even more bargain basement version of the types of low-budget sci-fi comedies Charles Band was producing at the time with TRANCERS or ZONE TROOPERS. Since I have a real affection for those films, I felt even more of a connection with Piper’s odd little confection of a movie. 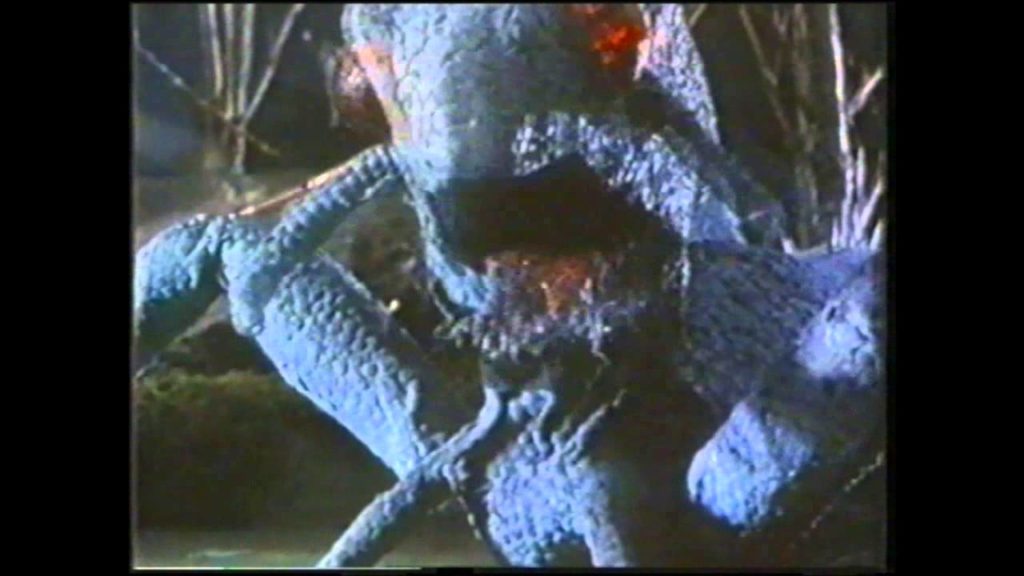 BATTLE FOR THE LOST PLANET is not a lost masterpiece, but it is an entertaining attempt to cash in on the lighter sci-fi craze of the mid-’80s with a wink and a grin. If you simply want a literal battle between humans and evil aliens, you might be disappointed. You can look elsewhere to at least a thousand other films to scratch that particular itch. But if you can get by all the rough edges from the budgetary limitations, there is a worthwhile satire buried in the script to BATTLE that makes it stand out from the crowd. 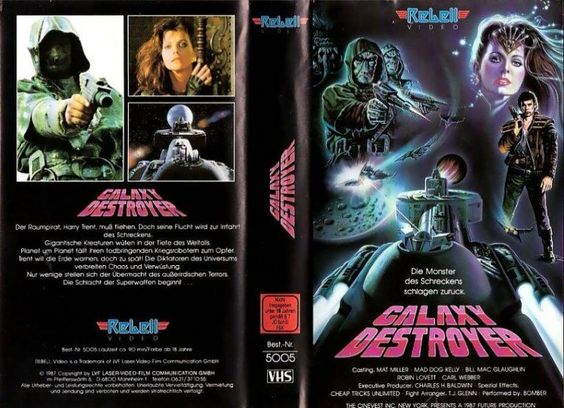