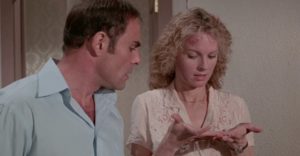 I was born in the mid-’70s, so I lived through a lot of paranoia in America. From the threat of nuclear war with the Soviet Union to “obscene” song lyrics poisoning the minds of young people to the belief that the government was hiding evidence of aliens visiting Earth, I absorbed all the strange fringe and mainstream concerns shoveled out by the nightly news. But to this day, none of these paranoid beliefs—not even the numerous theories about who killed JFK—were as goofy, yet widely believed as hard scientific fact as the fear of an impending killer bee invasion coming up from the southern hemisphere. 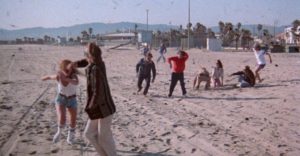 For those of you too young to have lived through this weird time in recent history, starting in the early ’70s and lasting well into the ’80s, there was probably at least one report a week on the nightly news that swarms of aggressive, “Africanized killer bees” were working their way north from South America and would eventually lay waste to the southern half of the United States. To be clear, there was—and still is, as far as I know—a strain of bee in parts of South and Central America that was more aggressive than your average bumble bee. These bees appeared—the key word here is “appeared”—to attack in coordinated efforts when threatened. I do not know whether or not the stories of them being a new type of bee that came from crossbreeding bees from the continent of Africa with bees from South America are true. What I do know is that for a good decade, I regularly heard the term “Africanized killer bees.” When you spell it out like that—with the benefit of plenty of hindsight—the wording used to describe them sounds more than a little xenophobic.

THE BEES was released in 1978. Given the technical merits of the production, it looks as though filming may have finished just two weeks before the first prints were shipped out to drive-in theaters. Clearly, writer/director Alfredo Zacarías was also watching the nightly news reports on the killer bee threat, because he managed to get his film made and released while the idea was still a new and frightening one for audiences. Despite the lack of much in the way of objectionable material, that dedication to capitalizing on a hot news topic with an “Animals Attack!” flick makes this purer exploitation than many of the films I’ve covered in this column with far more sex and violence. 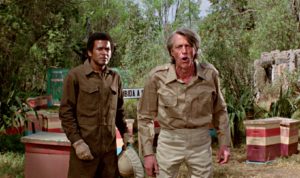 Opening with narration that repeats the commonly heard tale about crossbreeding of bees from Africa with bees from South America (complete with the ominous graphic of arrows pointing up to a map of Mexico and the United States), the film gets down to business with a father and son hopping the wall of a bee testing facility in Brazil to steal honey. Of course, they only succeed in angering the killer bees that chase them off, eventually causing the son to leap into a river and drown. Furious, the local villagers descend upon the facility. They kill the American scientist (Claudio Brook) in charge of the research and manage to release the bees in the process, resulting in many of the mob being stung to death. 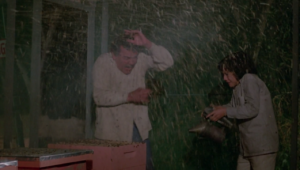 Desperate to prove her late husband was near a breakthrough that would make the bees less hostile while providing more and better honey (seriously), the scientist’s widow Sandra (Angel Tompkins) smuggles some of the bees to New York City. There she works with her scientist Uncle Sigmund (John Carradine) and his top assistant John (John Saxon!) to continue the research, even as swarms of the killer bees move through Mexico and into the southern United States—just as the news reports have warned us!

THE BEES is thankfully a very loopy movie. The plot setup I just described takes about twenty minutes to get into place and then Zacarías mostly jettisons all attempts to vindicate Sandra’s late husband in favor of ideas about corporations corrupting government officials, Sigmund learning how to communicate with the bees, and John developing a synthetic hormone to try and stop the invasion of the killer bees into the United States while romancing Sandra with all his Saxon machismo. Even that disjointed description of the plot does not come close to covering every odd twist and turn the film takes on its way to an overwrought ending on the floor of the United Nations (or, more accurately, a studio set that makes the UN look like a medium-sized banquet hall halfheartedly decorated for a high school dance). 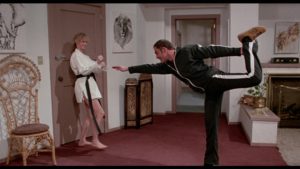 Zacarías was a twenty-year genre filmmaking veteran in Mexico by the time he made THE BEES. Despite his three leads being American and setting the majority of the film in the United States, much of it was actually filmed in Mexico. I have no idea how much of the film’s odd collision of tones, plot points, and unexpected environmental sermonizing in the third act are the result of culture clash between the director, producers, and crew behind the camera with American exploitation veterans like Saxon and Carradine, but I am glad that the film goes as far off the rails as it does. Maybe Zacarías made exactly the film he wanted. I have no clue where intent and accident begins and ends with the wackier sequences in the film, but it does not matter. I’m simply happy the moments exist at all. 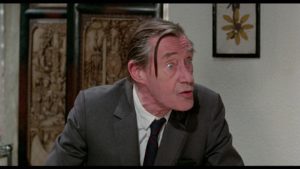 While it is probably accurate to assume some of the more outlandish (and entertaining) detours the film takes are accidental in nature, there is occasionally a knowing sense of humor at play. A forced scene of John using his martial arts skills to fight off a would-be assassin is clearly intended to call back to Saxon’s appearance in ENTER THE DRAGON. Carradine looks to be having a ball playing a good guy for a change and hams it up with a ridiculous German accent that goes beyond parody into something close to performance art. The film even makes some of the bee attacks funny on purpose, avoiding the sort of accidental comedy of poorly staged sequences that would have pushed it into the realm of camp. There is even a hilariously straight-faced bit of satire where the American scientist tries to calm down the angry villagers in Brazil by talking to them in condescending broken English—a moment that seems intended to criticize how American companies and officials view the residents of developing nations as simpletons. 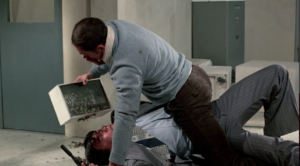 Even though it bites off far more than it can chew, I admire the storytelling ambition shown in THE BEES. By the third act twist that shows the bees have developed intelligence on par with humans, Zacarías has forced in themes about the dangers of mucking about with the environment, corporate and government corruption, and colonialism. Even though these ideas are not weaved into the film in a graceful way, I always appreciate an exploitation flick that has a little more on its mind than just how to deliver the standard goods.

I suppose there could be a counter-argument made that I am being too generous to a film that is pretty sloppily made. To be sure, the film looks as cheap as it probably was. Zacarías relies too heavily on clumsily incorporated stock footage and much of the film is lit and shot like a dull ’70s TV drama. But I give the benefit of the doubt to a film that has too many ideas rather than not enough. And giving plum roles to the reliably committed Saxon and Carradine only helps me enjoy THE BEES even more than I expected. I had fun with this flick, and in the end, that is all that really counts when it comes to what I watch for this column. 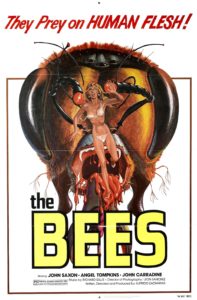