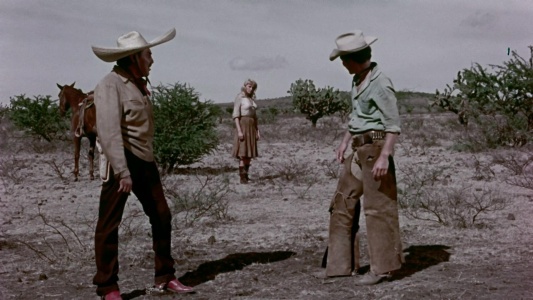 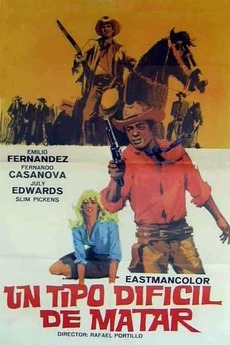 I’ve largely gone in blind on the films I have picked to watch for this column. I enjoy the surprise of not knowing what I am going to get when I hit play beyond what I expect out of a film’s genre. After covering horror and action flicks in my first four outings, I decided to go for HARD BREED TO KILL (a.k.a. UN TIPO DIFICIL DE MATAR), one of the few western titles available on Exploitation TV. Being a longtime fan of the genre, I figured there would be fewer surprises in the film than the others I have watched to this point. Turns out I was wrong.

The film drops you right into the middle of the action as a gang of outlaws led by Sloper (Slim Pickens, very good in a difficult role) sneak up to a ranch to steal a horse as they flee from a bank robbery. When Colby (Fernando Casanova), the rancher, attempts to stop them, he and his “Apache brother” are beaten and gunned down. The outlaws take Kathy (Julie Edwards), Colby’s wife, as a hostage in case they “need to barter” during their escape. But they make a mistake in assuming that Colby is dead. When he comes to and figures out what has happened, he slaps a red hot iron to his bullet wounds, climbs on his horse, and tracks the gang as they make their way across the desert, bound for Mexico. 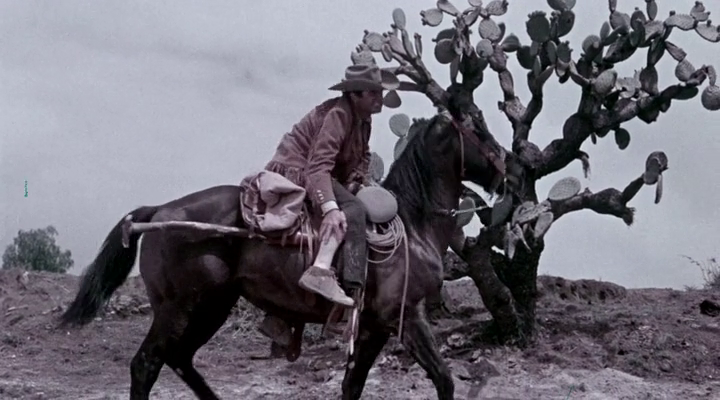 It is as simple a plot setup as you are likely to find and one so prevalent in the western genre as to be clichéd. But director Rafael Portillo and writer William T. Zacha use this generic setup to pull off something unusual. While HARD BREED TO KILL is recognizably a pulpy western, there are heavy slasher and survival horror elements to the film that are even more surprising when you consider the film pre-dates the generally acknowledged start of both those subgenres by roughly five years.

A few flashbacks explain how Colby was orphaned as a child and raised by an Apache family, learning how to survive the harsh desert and stalk and fight like one of their warriors. The most interesting sequences in the film occur when Colby uses the survival, hunting, and fighting skills he gained as a child to sabotage the gang’s water supply and pick them off one by one at night.

But Colby is not the protagonist of the film. Portillo spends most of the time with the gang, observing as the tenuous trust that exists between the outlaws breaks down as they run low on water and start getting knocked off by an assailant they believe to be a member of a Native American tribe akin to the boogeyman. The film handles the gang in a fairly nuanced way. Instead of bloodthirsty marauders, they are simply thieves who do not go out of their way to kill unless forced to. Even the killing of Sam only occurs after he and Colby try to stop the theft of their horse. The outlaws understand that the more bodies they leave in their wake makes them more likely to be hunted zealously by the law and they try to act accordingly.

Spending so much time with the outlaws has the effect of humanizing them in the eyes of the audience. Other than one troublemaker, they mostly function at a decent level of cooperation. Even as Sloper double-talks the less intelligent outlaws about how he deserves a bigger split of the stolen money, he operates as a decent leader doing his best to keep them alive in the face of increasingly long odds.

Giving so much screen time and individual personalities to the outlaws provides HARD BREED TO KILL a strange feel once Colby starts killing the gang in gruesome ways. Throats are slit, men are impaled on sharpened sticks, and stabbings are the name of the game. While it is clear from the film’s opening where our sympathies should be, I will admit to feeling conflicted once the bloodshed began in earnest. Part of this is the focus on the gang and part of it is that the character of Colby is underdeveloped and Casanova’s portrayal of him is bland at best. The other problem, once the violence kicks up a notch, is that it is essential there be a bond between Colby and Kathy. But since the film only offers up glimpses of their relationship through a smattering of flashbacks, the apparent passion stoked in Colby to rescue Kathy by killing half a dozen men in slasher style does not come across. Hell, the chemistry between Kathy and Ringo (legendary filmmaker and character actor Emilio Fernández), Sloper’s right hand man, is stronger in a comedic subplot in which he falls for her than she has with her husband in their meager flashback scenes. 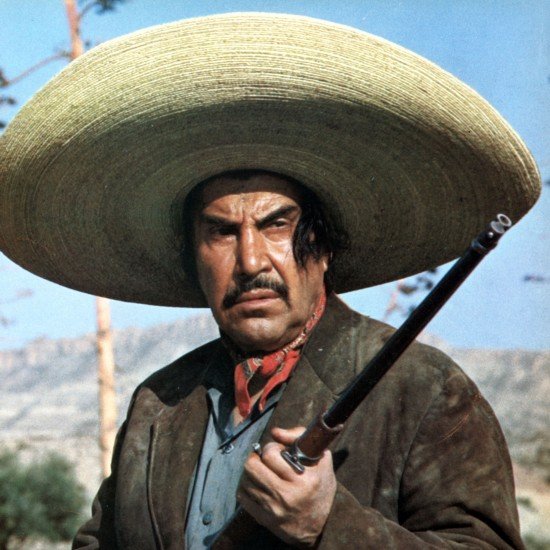 That odd tone is both the greatest strength and weakness for HARD BREED TO KILL. It gives the film a fresh feel as it veers from a traditional (quite corny, at times) oater to the moral ambiguities that some of the Italian spaghetti westerns were exploring at the same time (and that Sam Peckinpah would fully embrace just two years later with THE WILD BUNCH—which also featured Fernández in a prominent role) while dabbling in tactics that would become staples of the slasher genre down the road. But that muddying of the moral waters by identifying with the bad guys over the hero keeps the film from being a satisfying western.

Still, that lack of a satisfying conclusion is tonally appropriate for the film. It only occasionally plays by the established rulebook and that is why it is memorable. If it strikes some false notes as it veers back and forth between the tried-and-true and something more daring, then that is the price that is paid for pushing cinematic storytelling forward. I will take an uneven film that tries something new over one that coasts by on familiar genre beats any day of the week.