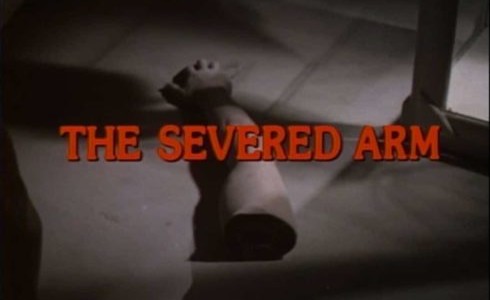 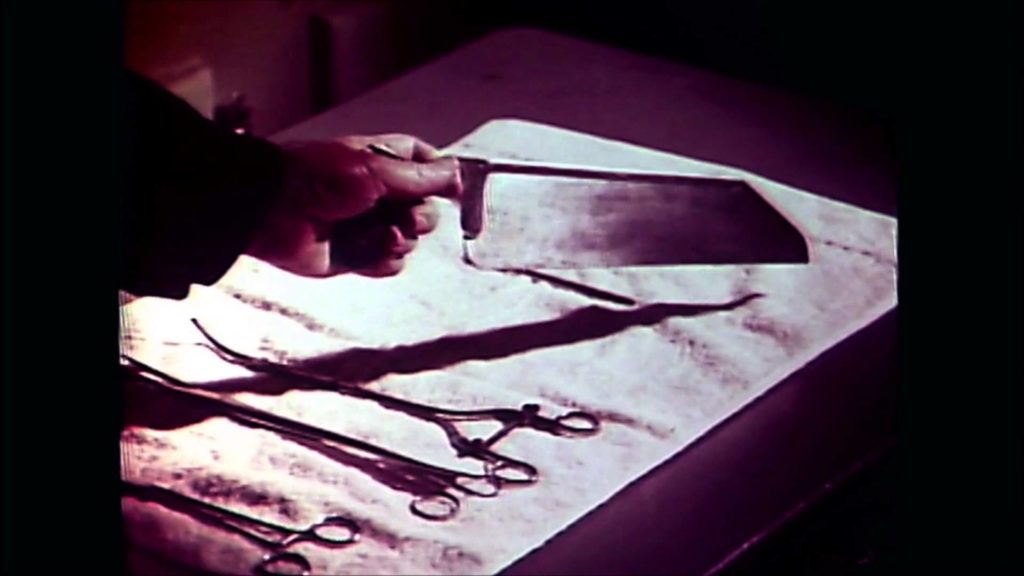 Watching the above trailer for THE SEVERED ARM after watching the film, I was reminded of a passage in an essay by the great genre writer Joe R. Lansdale entitled A Hard-On for Horror: Low-Budget Excitement. In the essay, Lansdale talks about the deceptive nature of coming attractions for the films scheduled to show the next weekend at the drive-in theater he would go to in his youth. Specifically, he says:

“Another thing about the drive-in was that it was sort of like a teenage guy itself. It liked dark private places, and it bragged, downright lied actually, about how well it could perform. Compare the lies some guys tell about all the tail they’ve banged to drive-in advertisements, and you’ll begin to see what I mean.”

The trailer for THE SEVERED ARM is that teenage guy. It doesn’t just brag, it downright lies. Despite a pretty good premise and the promise of grisly forced amputations, the film commits the ultimate exploitation movie sin of being a snoozefest. 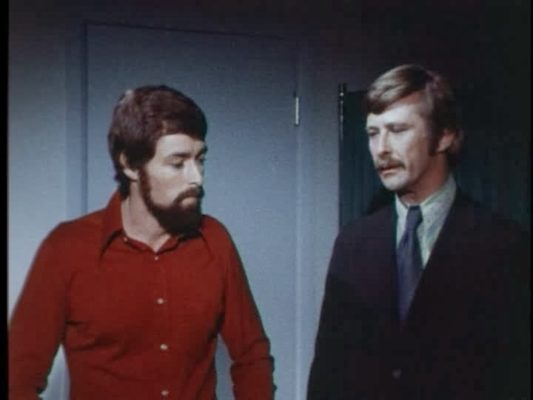 Six men explore an abandoned mineshaft and are trapped when it caves in. After weeks of no one coming to their rescue, desperation sets in as they run out of food. Jeff (David G. Cannon), the de facto leader of the group, suggests they draw straws to see who should sacrifice a limb for everyone to eat. Mark (Paul Carr), a police officer in the outside world, is not sure about the plan, but reluctantly goes along with it. When Ted (Ray Dannis) draws the short straw, the other men hold him down and Ray (John Crawford)—who just happens to be a doctor—roughly amputates his right arm with a bowie knife. Right after this butchery, the sounds of a rescue party clearing away the debris reaches the group. With Ted already half mad, the men make the decision to claim his arm was crushed in the cave in and they were forced to amputate it to save his life, but he went insane in the process. 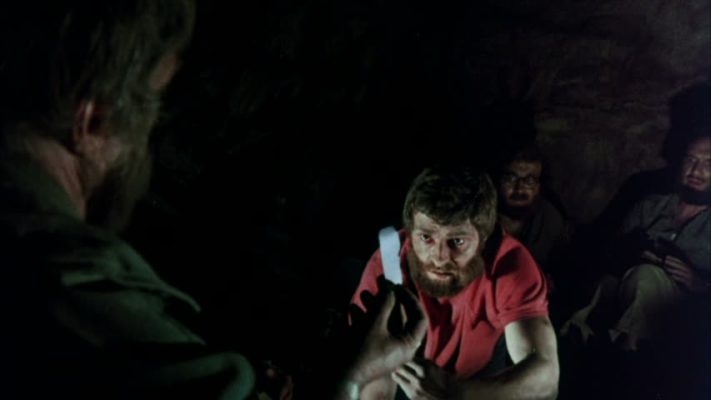 Five years later, Jeff receives a severed arm in the mail (Delivered by a postal worker played by an uncredited Angus Scrimm in his first role!). Panicked, he gathers together the other members of the group. They assume Ted, who was recently released from an insane asylum, sent it as a threat. No sooner does the group end their meeting than Ray is ambushed in his home and has his right arm cut off by an unseen attacker wielding a hatchet. Eager to keep things quiet, Mark gets himself assigned to the case and he joins forces with Jeff and Teddy (Deborah Walley), Ted’s adult daughter, to find the culprit before he kills them all.

Even my dry description of the plot setup reads as a white-knuckle horror flick in comparison to the plodding, dreary film that THE SEVERED ARM is in actuality. 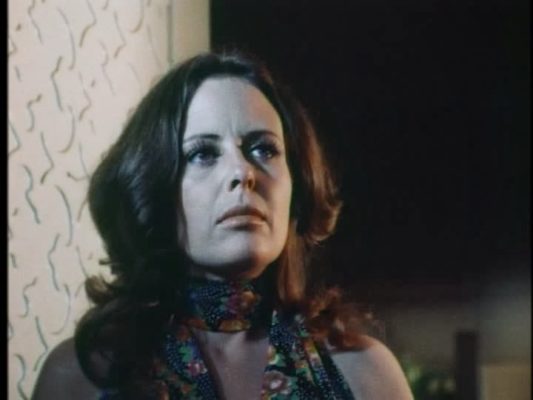 Co-writer/director Tom Alderman tries to make a respectable film out of material that had the potential to be fun trash. Instead of graphic sequences of arms being lopped off at the shoulder by a crazy man, we are given flash cuts of slightly bloody bodies with an unconvincing rubber arm lying next to them at an awkward angle. Alderman seems less concerned with crafting a horror film and more with focusing on the “tension” between Jeff and Mark as they differ on how to handle finding Ted and what to do with him when they find him. The problem with this approach is that it lacks any drama. I honestly don’t care if Mark feels guilty about Ted losing his arm. I don’t care if Jeff is a double-talking snake who deserves some sort of comeuppance. All I care about is that the movie is called THE SEVERED ARM and there is a severe lack of said appendages on display.

The low budget also keeps the film from living up to its glorious title. Why focus on one man’s revenge through amputation when it’s cheaper and easier to just lock the camera down and let a terrible radio DJ named “Mad Man” Herman (prolific comedic character actor Marvin Kaplan) improv some Borscht Belt jokes into a microphone for five minutes? The same reasoning goes for the circular conversations that Mark and Jeff have as they are supposed to be sleuthing Ted’s location. A more appropriate title for the film would have been “Wheel Spinning.” 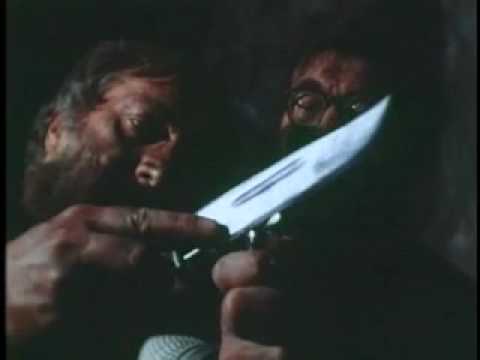 The final five minutes of the film contain the strongest moments with hints of what the whole movie should have been, but it is far too little, too late. There was every opportunity to make a nasty, vicious little movie out of the core idea, but the filmmakers settle for bragging about what they are going to do, without any intention of backing up those boasts with action.

Note that is probably only interesting to me: Angus Scrimm is clearly dubbed over by another actor for his two onscreen lines, but I swear his melodious voice is used for a threatening phone call later in the film. 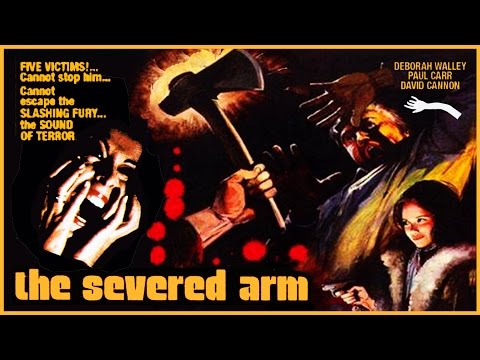