So much independent cinema tries its best to ape the Hollywood studio system in hopes of making it big. It’s a sad state of affairs. Yes, I understand that mainstream cinema has stolen our sex, and co-opted our violence, but there are times I wonder if there is any originality left in the underground. So many times while reviewing independent films, I feel like throwing in the towel, and giving in to mediocrity. 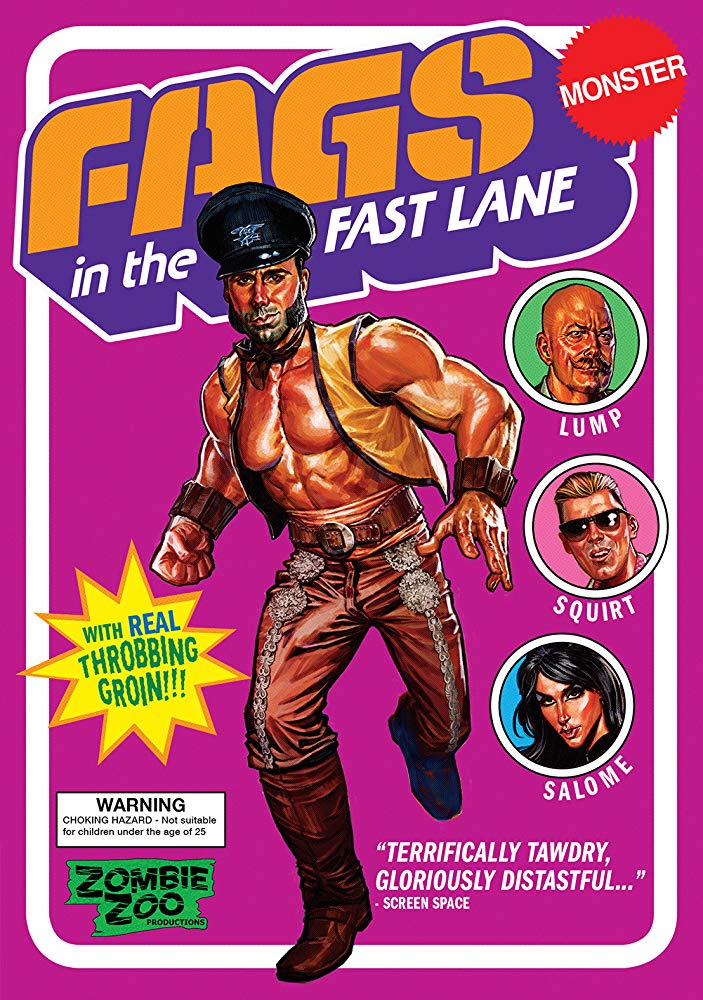 Just when I thought I had enough… FAGS IN THE FASTLANE arrived to give me life! This is possibly the most subversive film I’ve seen so far in 2018. It’s politically incorrect, but in the most fun way. Director Josh Collins has truly renewed my faith in underground cinema. FAGS IN THE FASTLANE is sexy, violent, and over-the-top campy… my favorite combination. I had no idea what I was in for with this movie, but I think I’ve found my new favorite film. If you ever felt ready for a gay superhero, here’s one for you! 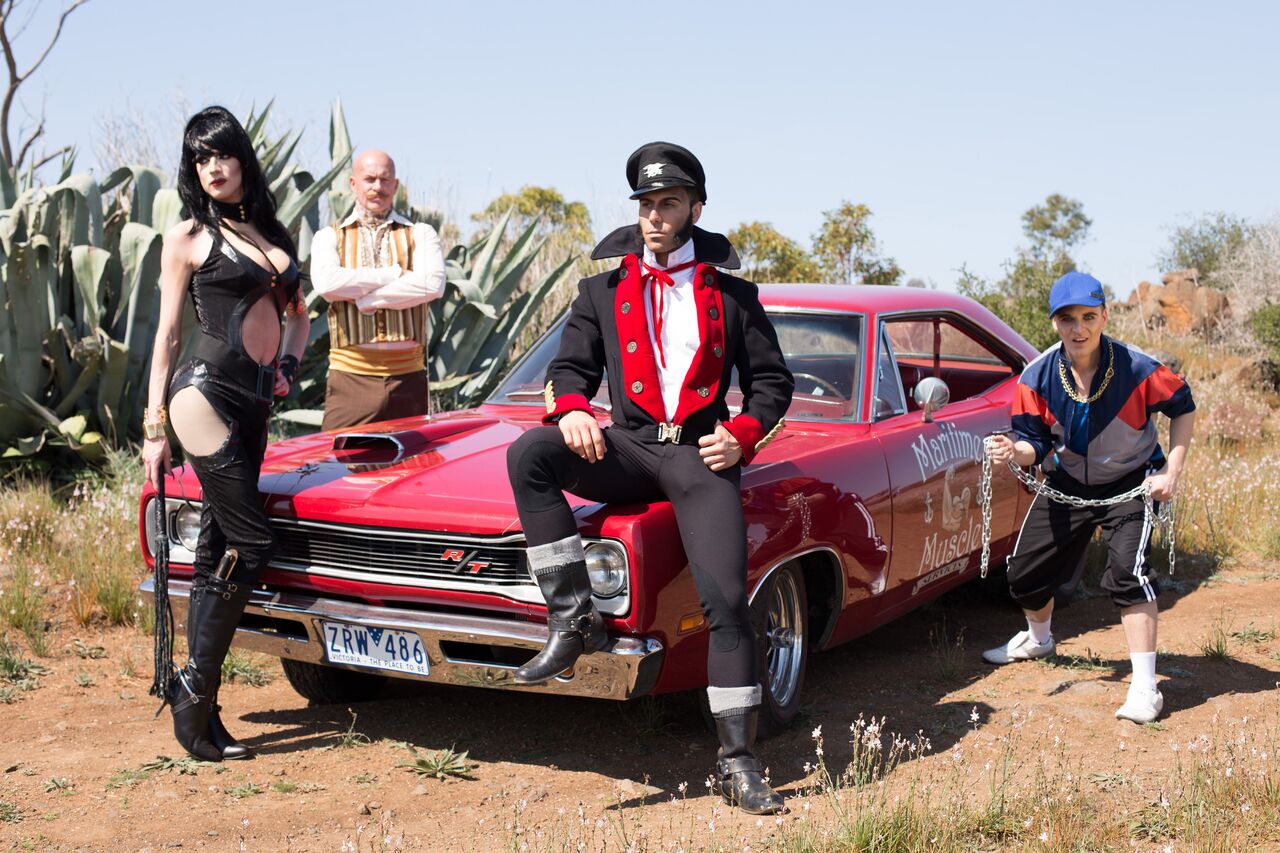 The story of FAGS IN THE FASTLANE introduces us to the greatest gay superhero there is — Beau Cockslinger (Chris Asimos) — and his band of Mary Men, also known as the toughest gays around, fighting against gay bashers at a public restroom. I’m loving every second of this! After beating the homophobes to a pulp and sodomizing one with a baseball bat, they kidnap the lead basher, Squirt (Oliver Bell). From there, the rest of the movie is a whirlwind of rock-n-roll, and a high-camp explosion of chaos. 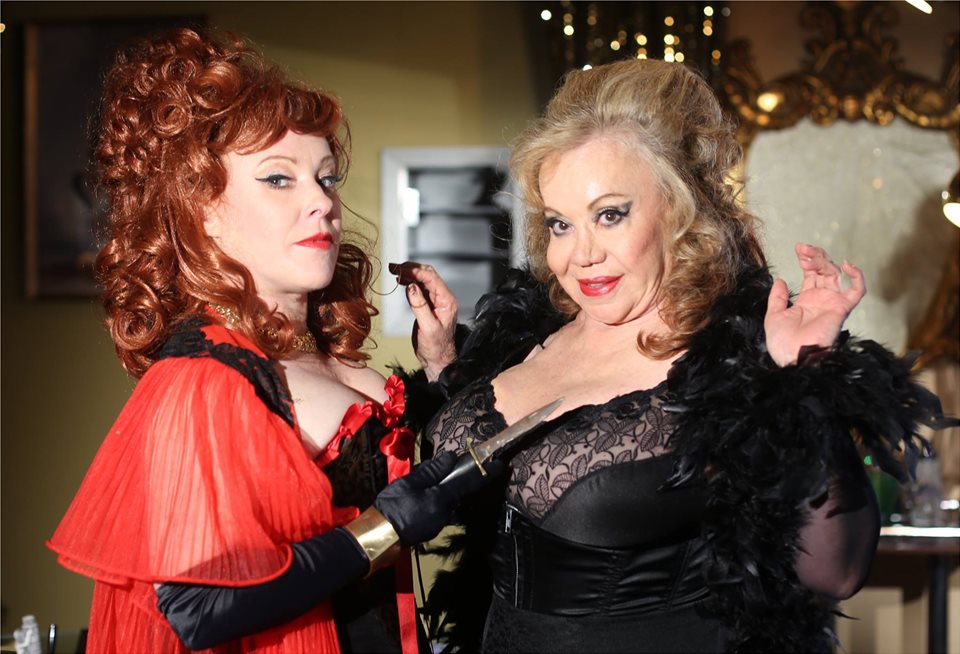 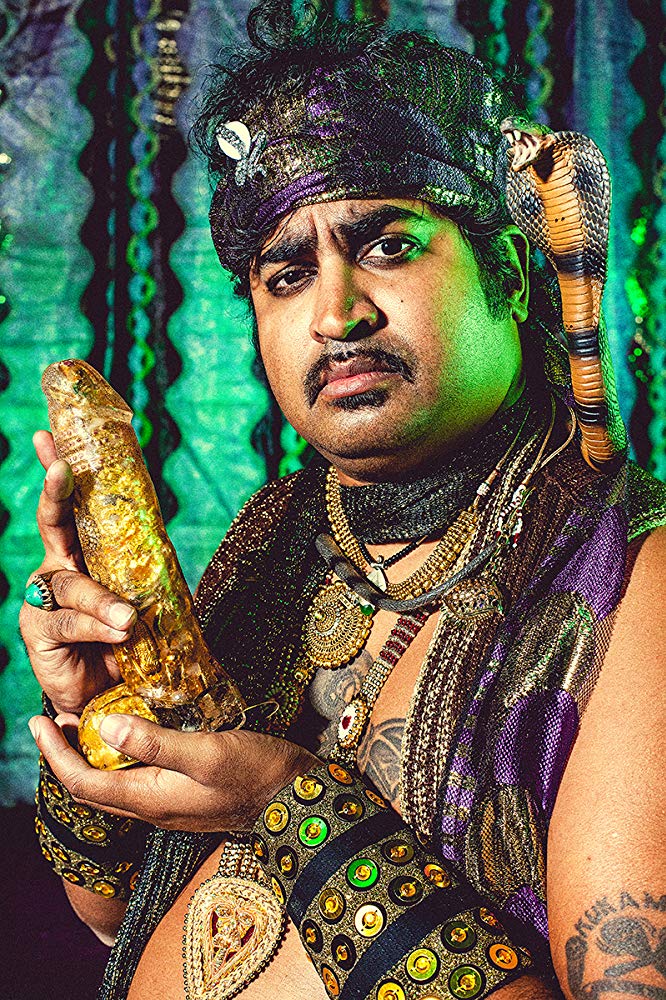 Okay, I’m going to stop right there for a moment, because King Kahn is absolutely one of my favorite garage/psyche/rock n roll musicians ever, so to see him in this amazing movie just about blew my mind! 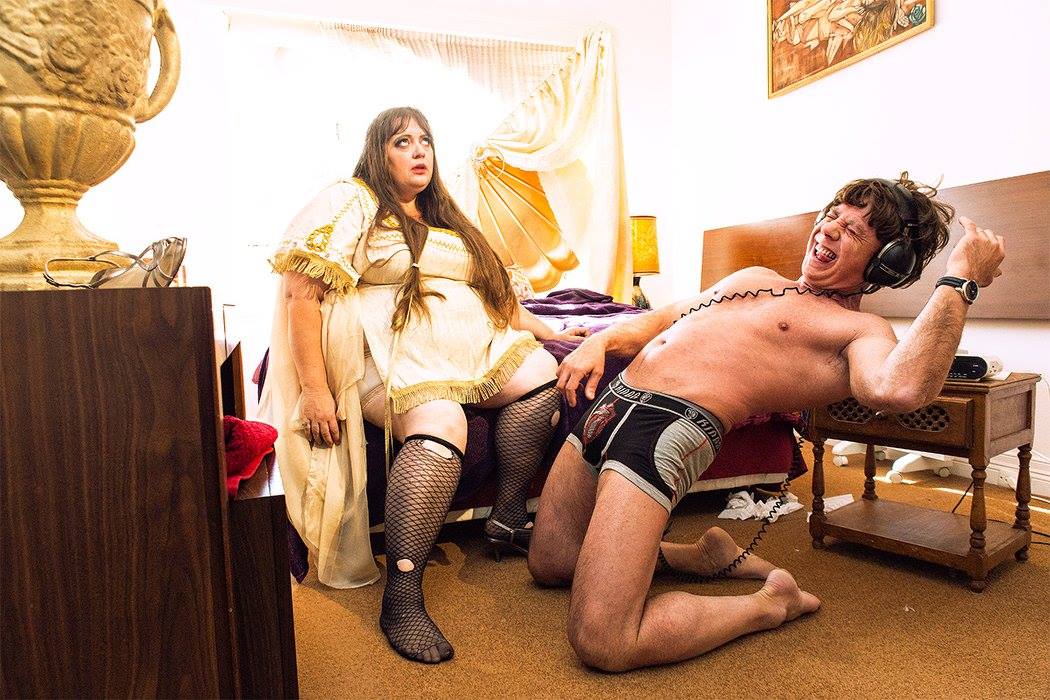 Back to the brief synopsis: Hijra joins Beau’s gang to hunt down The Chompers. They get into a rumble with a crew of Elvis impersonators, recover Kitten’s jewels, battle it out with a tribe of glamazons, surf rock band The Mummies pop up in a graveyard for no apparent reason, and Beau’s gang have an all-out battle royale with The Chompers, fascist cops, and homophobic mad scientists. There are a lot of twists and turns and subplots, but the story never comes across as convoluted. 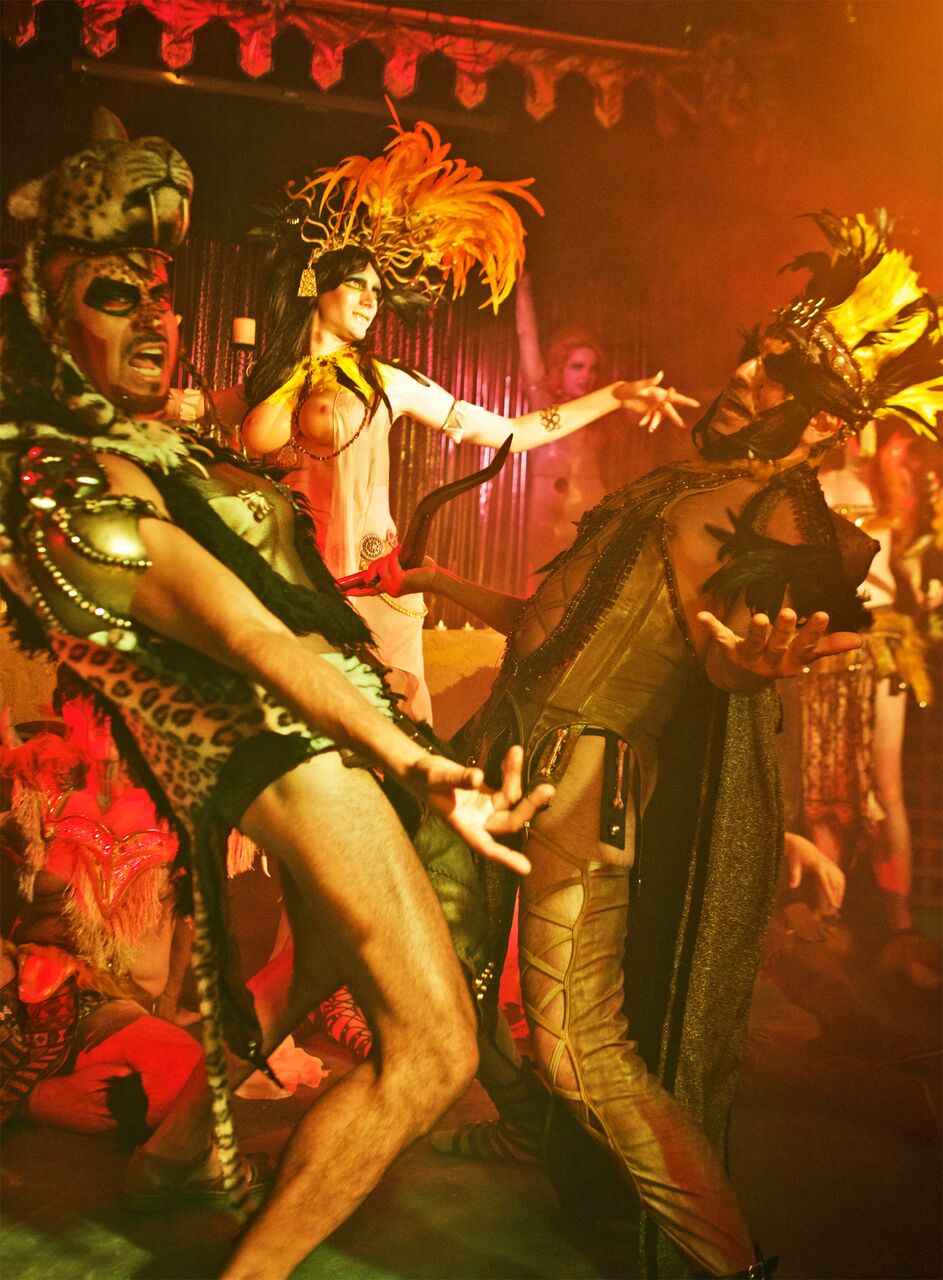 If the title FAGS IN THE FASTLANE doesn’t deter you from watching this movie, then you are probably the audience it’s intended for. The super-offensive gross-out humor is in the same vein as Troma. It’s so extreme that it can’t possibly be taken seriously, and therefore it’s hysterical. 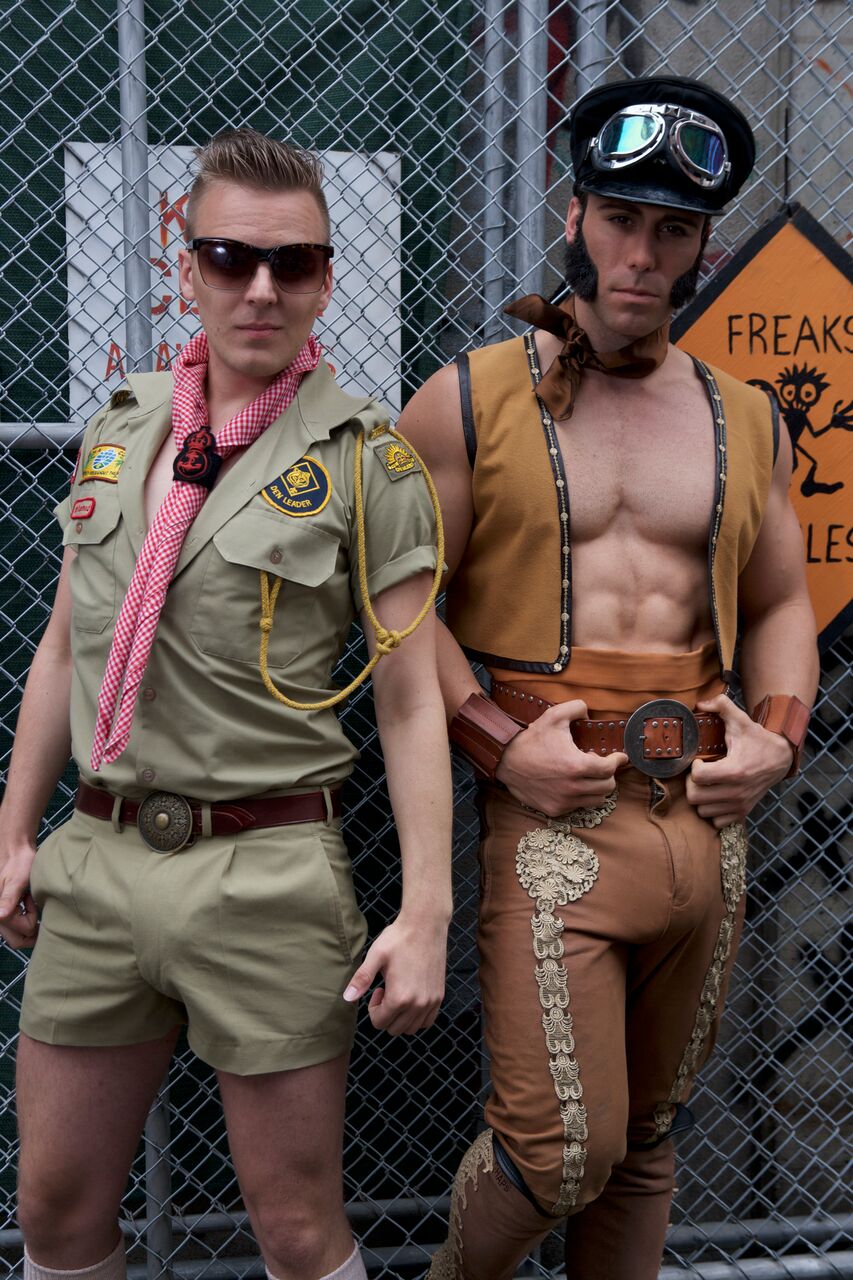 The campy overacting is perfect. The characters remind me of those from a Russ Meyer movie, if they were run through a Bruce La Bruce filter. It’s all so queer and so excessive, it had me screaming out, “Yasss!!!” Think FASTER PUSSYCAT KILL, KILL meets THE RASPBERRY REICH. 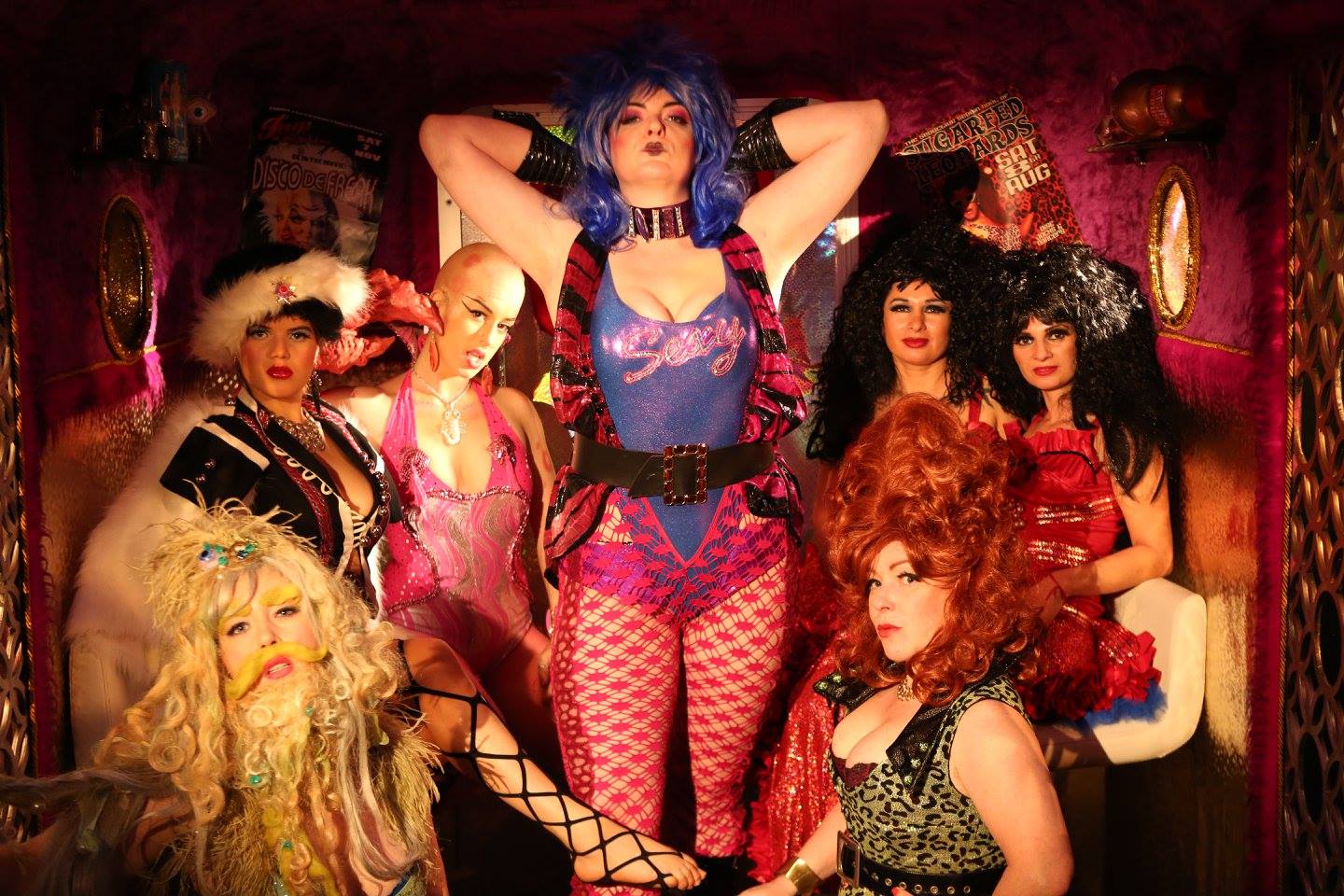 Now I would be doing a disservice to FAGS IN THE FASTLANE if I didn’t mention the fabulous set pieces. Someone definitely took notes while watching John Waters’ DESPERATE LIVING. It’s as if Sid & Marty Krofft built their very own Mortville. Bright, brash, and bold. 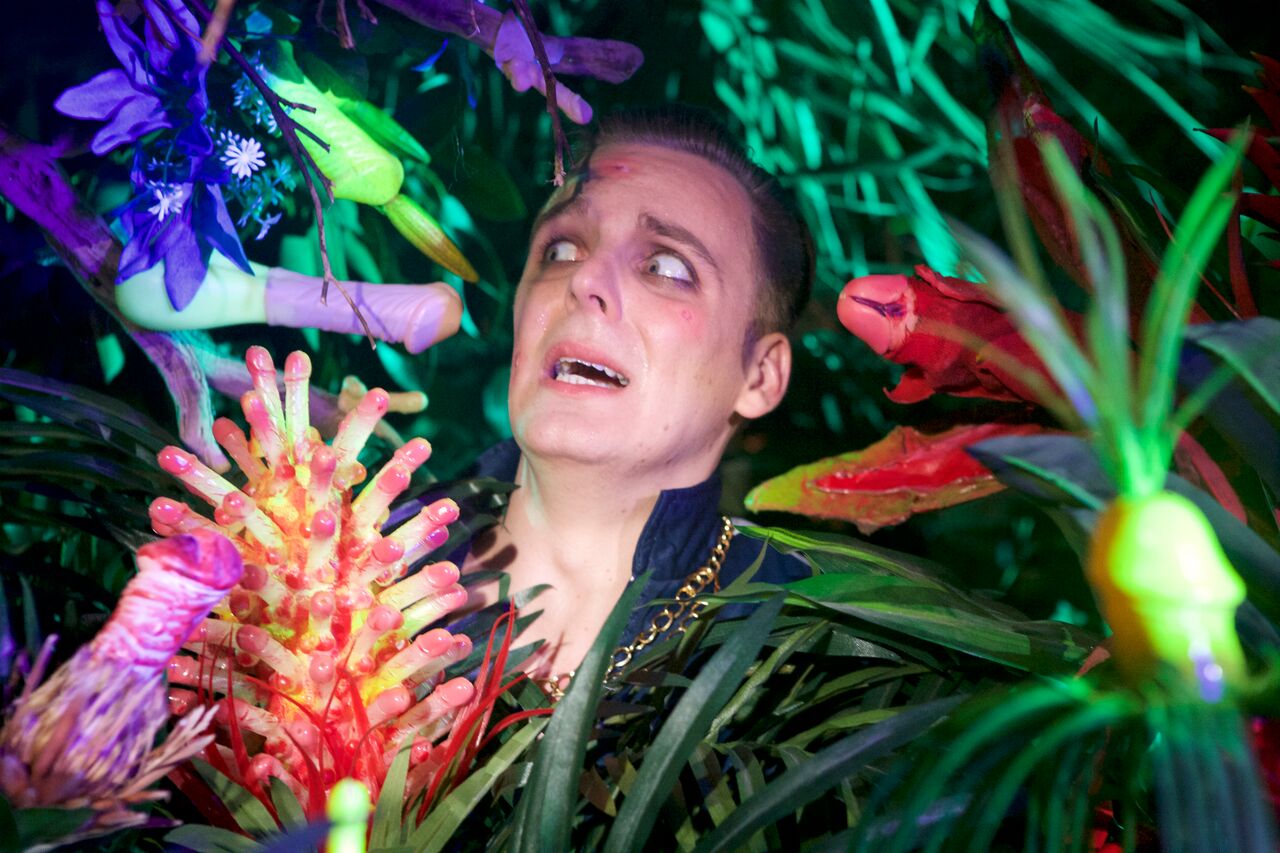 This movie has everything: Ridiculous sex scenes, a psychedelic jungle filled with penises, crude claymation, GWAR-style gore, and a top-notch surf/garage/rock-n-roll soundtrack. It’s VEGAS IN SPACE on steroids meets BATTLE BEYOND THE STARS insanity. I would expect this level of crazy from Japan, but I never knew Australia could be this weird! I just can’t express how much I adore FAGS IN THE FASTLANE — I’m simply mad about it! Trash cinema has a new classic that has to be seen to believed!