It is sometimes hard for me to remember that my love of the films of Larry Cohen is a specialty that appeals only to a niche audience. Having tracked down as many interviews with Cohen as possible, listened to all the commentaries he has done, and watched all of his films multiple times, I was concerned that KING COHEN might not hold any new revelations or interest for me. I was pleasantly surprised to find I was wrong.

To be fair, many of the anecdotes that Cohen tells during the film can be found in other interviews, but producer/director Steve Mitchell slickly packages his documentary with copious clips from Cohen’s films and a killer line up of interview subjects. These other interview subjects both bolster and deflate the sometimes out-sized legend that has built around the filmmaker. Watching people like Martin Scorsese, Robert Forster, and Joe Dante laugh in disbelief as they recount infamous moments of Cohen’s guerilla filmmaking (like dressing Andy Kaufman in a police officer’s uniform, throwing him in a police parade, and having him fire a gun with hundreds of cops around him) is a huge part of the fun to be had in the film. 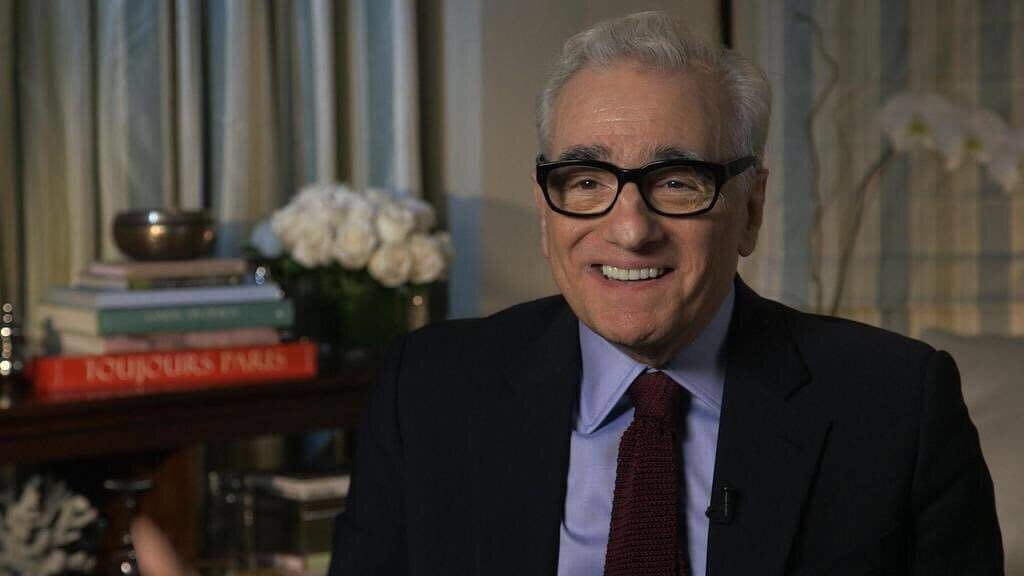 Cohen gave Mitchell quite a bit of his time for interviews and access to a ton of archival materials that do help fill in bits of Cohen’s past that surprised even me. Pictures of a teenage Cohen performing stand up comedy accompany descriptions of him doing traditional “borscht-belt” style comedy routines in New York. Having no idea that Cohen tried his hand at being a stand-up makes his charismatic Q&A appearances make so much more sense. The man is a born storyteller, but he also has the timing and quick wit of a comedian which helped him bullshit his way through shooting on the streets of New York and in government buildings without permits or proper stunt clearances. 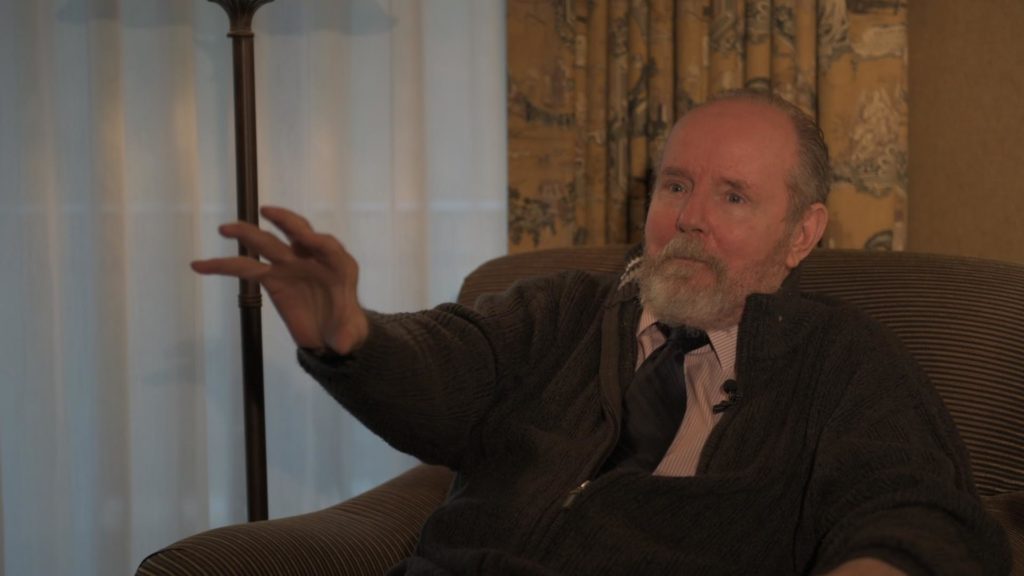 As much as Mitchell celebrates the showman/hustler side to Cohen’s career, he also focuses in on Cohen’s prolific writing history. It is hard to imagine that a seventeen-year-old could possibly sell a script to a network in this day and age, but that is exactly what Cohen did, working in the original golden age of live television before transitioning into studio screenwriting. Through old photos that show a very young Cohen working in these productions alongside filmmakers like John Frankenheimer and actors like E.G. Marshall, Mitchell drives home the point that Cohen was a storytelling phenom whose imagination was always going to outpace his budgets. 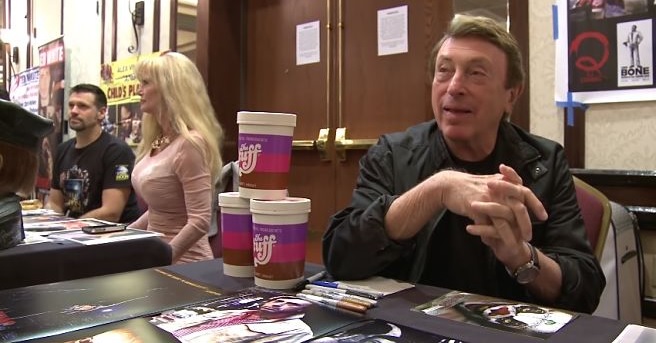 I have always felt that Cohen’s career has had two sides to it. You can celebrate the can-do spirit of his low-budget productions, marveling at the smart, idiosyncratic genre films he cobbled together with meager resources. But you can also mourn the films never seen because of his inability to work within a studio system due to the loss of control that comes with a decent budget. Mitchell’s film does not really touch on this aspect, aside from a few stories of Cohen talking about his disdain for studio filmmaking tactics. While I feel like that balance might have made the film a more complete portrait of Cohen as a filmmaker, it also would have detracted from the sheer fun of Cohen and Williamson contradicting each other as the film cuts back and forth between them. Given the choice, I am glad that Mitchell took the fun approach. 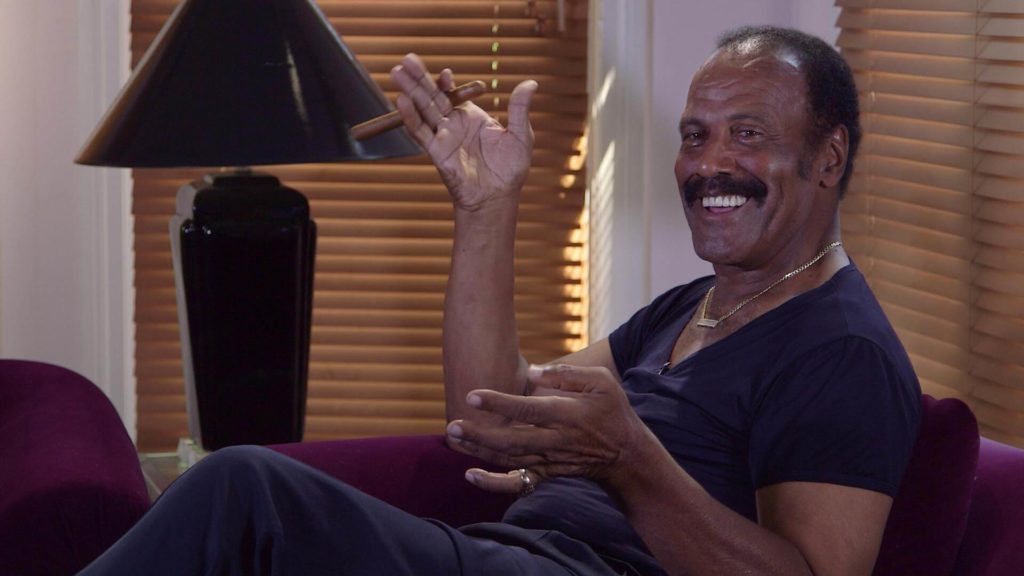 KING COHEN works tremendously as a celebration of Cohen’s career. It is a miracle that several of the films he made were ever produced and Mitchell focuses in on those, which is probably as it should be. I still hold out hope that Cohen has one more great film in him, but if Mitchell’s film serves as the final wrap up to his career, it is a satisfying final word for one of America’s greatest indie filmmakers. 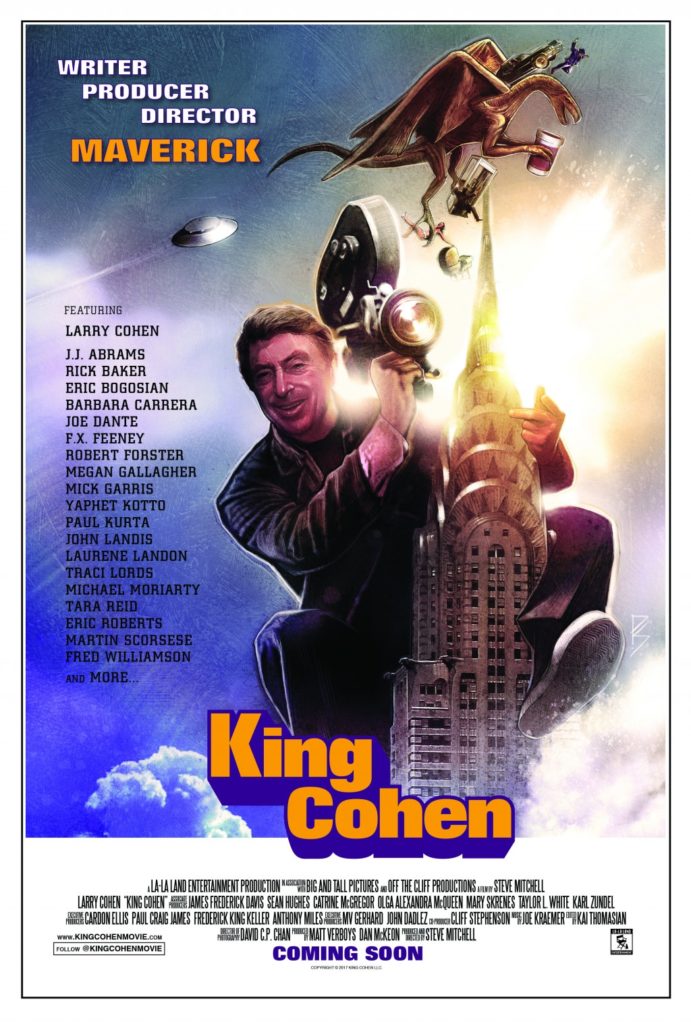