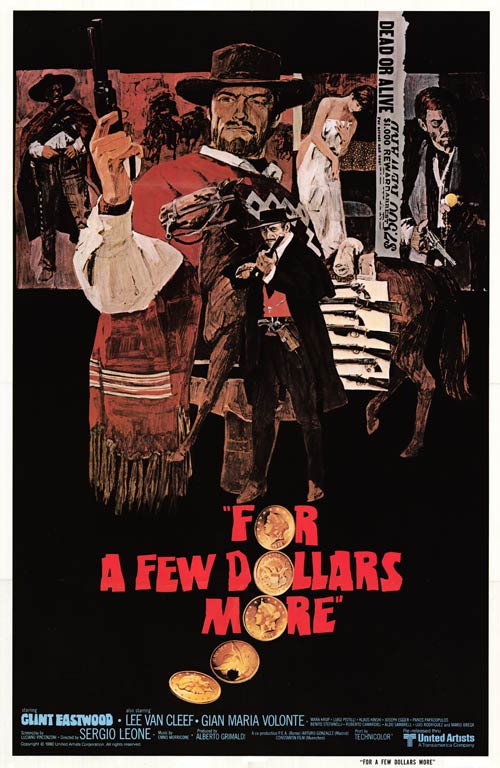 Rival bounty hunters form an uneasy alliance as they track down a wacko bandit and his gang in the dirty Old West. Classic Mexican standoffs ensue.

Sergio Leone’s second film in his Dollars Trilogy is still one of the toughest, most badass of all Spaghetti Westerns.  Building on the style he created in A FISTFUL OF DOLLARS, Leone continues to turn the Western genre on its ear with the gritty trappings that would serve as a template for all of the Italian Westerns that followed. The sweaty close-ups, amped up gunshots on the soundtrack, lengthy takes and brutal violence are all prevalent in this tale of revenge and honor. A stellar international cast  and the wonderful music of Ennio Morricone help make this a winner all the way.