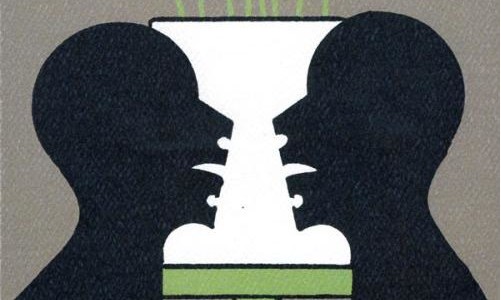 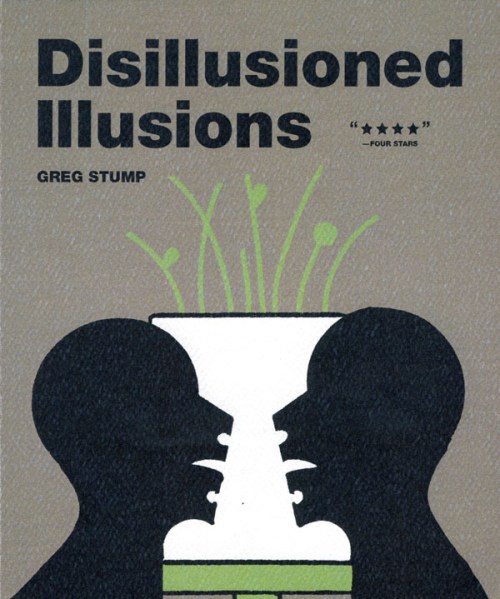 If there’s one comic that’s taken me a damn long time to wrap my head around, it’s Greg Stump’s singularly bizarre Disillusioned Illusions, originally self-published by the cartoonist in 2009 and later re-issued by Fantagraphics Underground in 2015. Folks are fond of saying that Seinfeld was a show about nothing, but this goes a step further — it’s a 356-page book about being about nothing.

Told via a strict, minimalist grid that shows its two principal characters (and later a third) in silhouette in front of a blank background with various inanimate objects and accessories making their way in and out of the narrative as necessary, each page is a short strip in and of itself in old-school “Sunday funnies” tradition, complete with either a concrete or vague “gag” ending, but — as with newspaper strips again — each builds upon the other to tell a long-form, overarching story that ostensibly, at least, is going somewhere. Or is it? 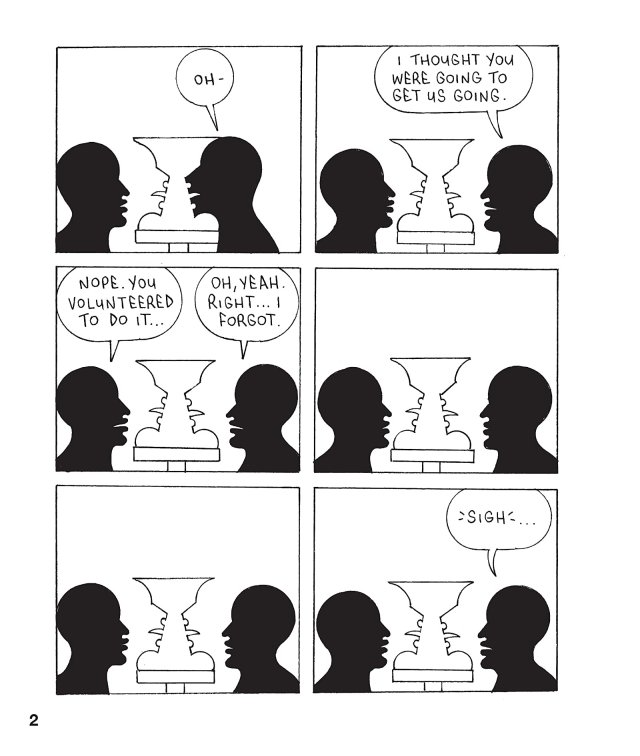 Certainly the strict formalism Stump traffics in will grind the nerves of readers, but it strikes me that’s rather the point — or part of it, at any rate. Our two “heroes” possess not just self-awareness, but metatextual awareness more or less from the outset, and go about their business of being in a so-called “graphic novel” by doing what they can to — or what they think will — make said “graphic novel” more entertaining to prospective readers. Hence things like an extended debate on whether or not to wear a vase as a hat, or the inclusion of comic-relief “third wheel” Rodney. This is a trope likely best ingested in small doses — I recommend doing 20-30 pages, tops, before giving the book a rest until the next day but hey, that’s just me — but the “problem,” such as it is, lies in the fact that Stump’s dueling protagonists are such an entertaining pair of wise-asses that it’s utterly impossible to give up entirely on this thing even when its endless navel-gazing essentially dares you not to.

In that respect, then, I’m more than willing to label this a work of genius — a term I wouldn’t invoke unless it was absolutely earned, I assure you — but it’s genius of a sort that’s both twisted and bland at the same time. Really, this is just a long-form conversation with plenty of deadpan barbs inserted into the mix, but Stump isn’t just aware that he’s milking one conceit for as much as it’s worth and then some, he’s openly reveling in that fact in full view of readers. And in perhaps the most inherently contradictory twist of all, he’s finding new ways to stretch out that one conceit over and over — and over and over — again. 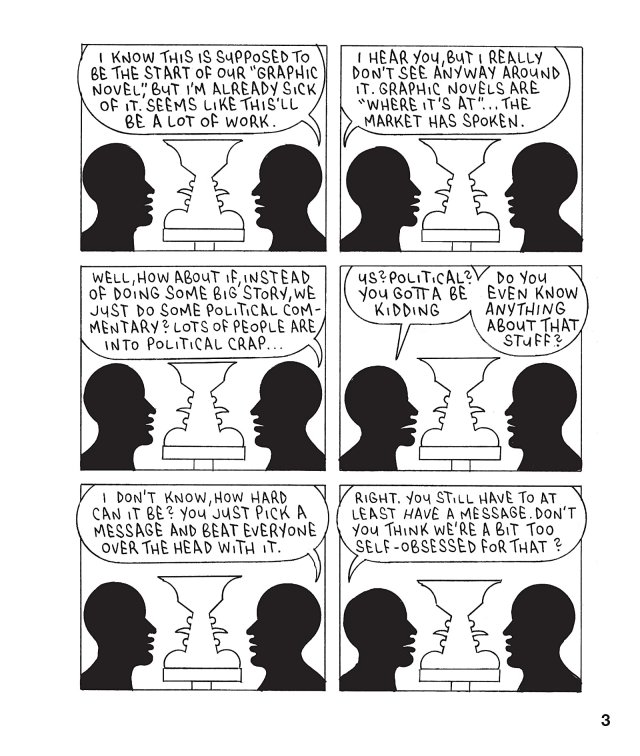 Conceptually, then, where the fuck are we? I mean, it’s gotta be even more difficult to come up with one marginally “different ” take on the exact same premise after another than it is to, say, actually explore different premises, or even pay them some kind of nominal lip service, so what Stump is doing here — and for the record it’s something I can’t even see anyone else being marginally interested in trying — is actually more difficult than it appears, sure, but more than that it’s just damn difficult in general. 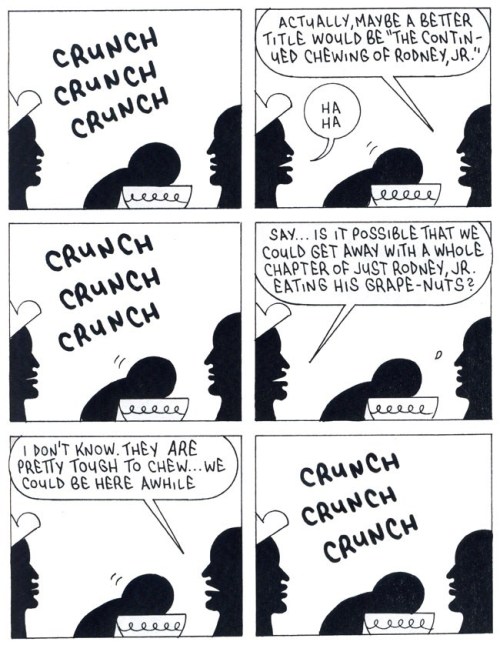 I suppose that if I were forced to hazard a guess, I would say that the act of creating this work was likely even more taxing than reading it ought to, by all rights, be — but shoot, Stump seems to be having such a tremendous amount of fun with the whole thing that it’s beyond unlikely that readers won’t have their own fair share of it, as well. I certainly can’t say that Disillusioned Illusions won’t tax your patience — but I can say that you’ll enjoy it not in spite of that fact, but at least partially because of it. Don’t ask me to explain how that can even be, I’ll just flat-out admit that I can’t — but after trying to come to grips with this book for something like five years now, I’ve given up on trying to explain why it works and simply resigned myself to the fact that it does. And that it does precisely because it shouldn’t.