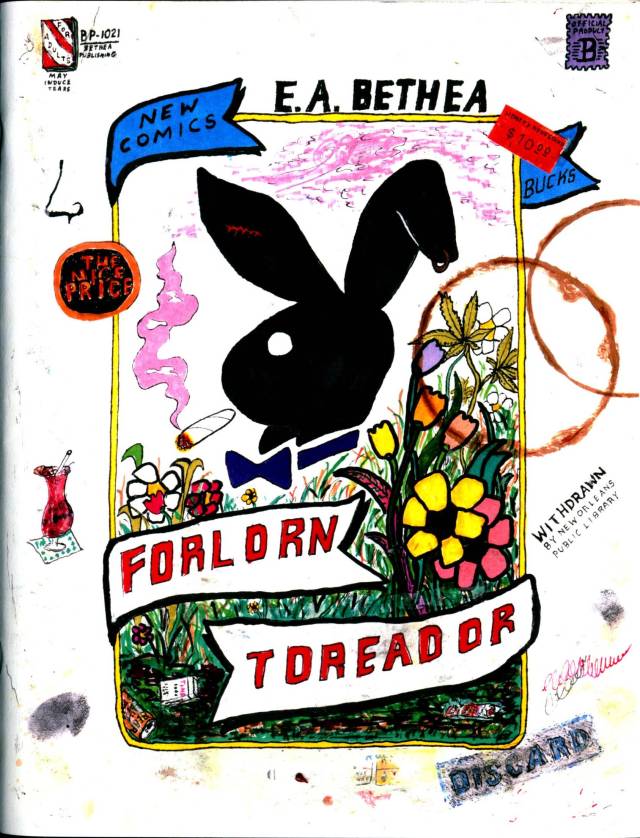 There’s a lot of talk these days about comics as poetry (or at least more than there used to be), but E.A. Bethea’s ‘zine’s have been comfortably aligning themselves within that classification for a long time — even if they they don’t, in and of themselves, present literal poems all that often per se. And while her latest self-published opus, Forlorn Toreador, is perhaps the most confident and assured distillation of her singular ethos yet, again there’s not a poem to be found within it, yet the sum total of its contents plays out very much like an extended one.

Alternating between emotive text pieces, full-page portrait illustrations, and Bethea’s trademark scrawled-with-heartfelt-precision comic strips, the book has a transitional fluidity to it that’s more intuitive than it is strictly explicit, more exploratory than it is declarative. Much of the work is tinged with more than a hint of nostalgia — as the title itself implies — but this is no rote trip down memory lane; rather, whether she’s reminiscing on her lukewarm exposure to religion as a kid, famous pro wrestlers of the past, places that once meant something but are now gone, or beloved TV personalities that have passed away, Bethea’s ruminations on the past are employed as a means of understanding her present, a forensic exploration of where she’s been in order to better locate where she is now. 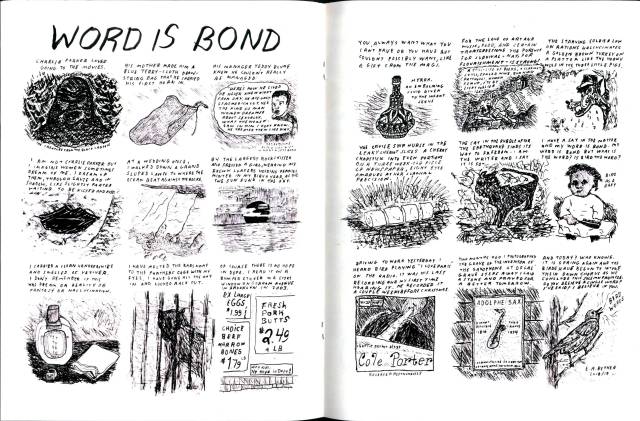 Which, I promise, is nowhere near as pretentious as I perhaps make it sound. In fact, Bethea trusts her own muse — wherever it may take her — so implicitly that what probably, by rights, should feel like a lot of unfocused bobbing and weaving instead finds expression as a cogent through-line that takes all its various and sundry ingredients as necessary components of a holistic worldview, one in which the past is never truly gone, and the lessons to be learned from it have a hell of a lot more to do with cleaving (however fruitlessly) to its temperament than they do with preserving it in a physical sense. In fact, part of the wistful beauty of these places and people and events that have come and gone is to be found within the fact that they are, indeed, no more — their transitory nature itself lending them a kind of mystique that permanence loses probably by definition. 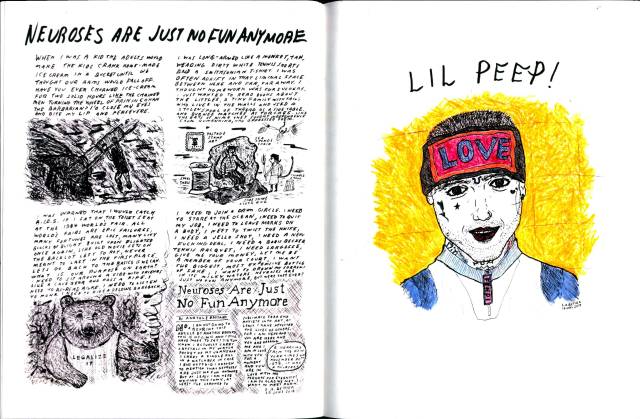 Dense both verbally and conceptually, the vignettes on offer here are nevertheless pleasurable — even sublime — by nature, as they feel very much direct and unmediated : a transcribing of art via consciousness, sure, but also perhaps by a kind of “muscle memory” centered in the heart, each pencil or pen stroke communicating a kind of intimate knowledge of Bethea’s subjects not so much based on who and what they are or were but, more importantly, what they meant to her and mean to her still. This is no easy feat, I assure you, and I’m tempted to say that the ability to transmit this sensation to readers is something you simply either have or don’t, but maybe that’s just because it comes so naturally to this particular artist — I have no doubt that she works hard at her craft and pores over any given page for hours, but the finished “product” is imbued with such immediacy that you could be fooled into thinking she simply sits down, pours it all out of her, and moves on.

Except for the fact that, of course, “moving on” isn’t what Bethea’s work is about and never has been. Each and every person she’s encountered, each place she’s been, every movie she’s seen or song she’s heard — it’s all in her still, and all of it is worthy of examination. Not with a microscope, mind you, but via the very human process of memory itself, which is never so much about an exacting recollection of details as it is an arranging of those details in order of personal importance. We are, each of us, editors of the ongoing film that is our life, and that sort of individual interpretive analysis of the things that have made us who we are has seldom been represented more beautifully than it is in this at-first-glance-unassuming ‘zine. 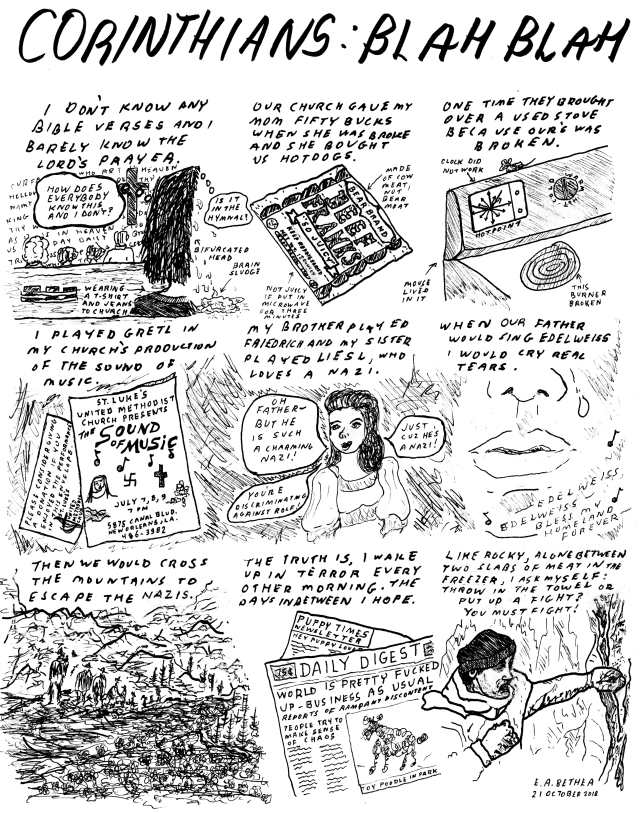 This is one of those rare occasions where my stash of superlatives well and truly runs dry, and I feel like the best thing I can do is tell you to get this book and get out of your way — it’s an experience suffuse with familiarity (sometimes vague, sometimes more concrete), sure, but that doesn’t mean it’s like anything you’ve seen or read before.

Forlorn Toreador is available for $10.00 directly from E.A. Bethea at https://eabethea.bigcartel.com/