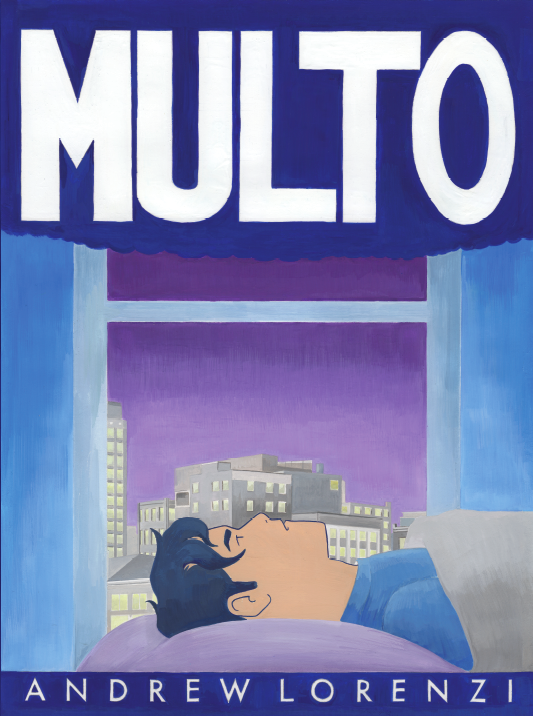 Apparently in the works for several years before its debut at CAB late last year (at least if the catalogue number attached to it by its publisher, Retrofit/Big Planet, is to be believed — and why wouldn’t it be?), it’s perhaps easier to define Andrew Lorenzi’s visionary graphic story cycle, Multo, by what it isn’t rather than what it actually is — taken as a whole the work has a distinct rhythm, but not a progression; it’s not strictly a work of comics poetry, but its overall effect is poetic; and while it’s technically a memoir, most of the incidents it depicts have an ethereal, dreamlike quality to them.

Showcasing Lorenzi’s multi-faceted talents along a stylistic continuum nearly as broad as that of cartoonists such as TommiMusturi or Karl Stevens, this generously (and necessarily) oversized volume relates its autobiographical contents by means of painting, embroidery, and good, old-fashioned drawing, and his facility with each medium adds enormous depth to what are ostensibly simple and straight-forward vignettes that touch upon themes ranging from folklore and tradition (the title itself being the Tagalog word for “ghost”) to the phenomenon of identity to the unknown and ultimately unknowable nature of memory to the effects of sleep disorders upon consciousness and the body. Obviously, there’s no way to tie all this together in a strictly linear fashion, but that’s no cause for concern as I used the term “graphic story cycle” at the outset of this review with precise intent — it is, in fact, a cyclical and self-referential work that serves as a kind of consistently running “feedback loop” in conversation with both readers and, crucially, itself. 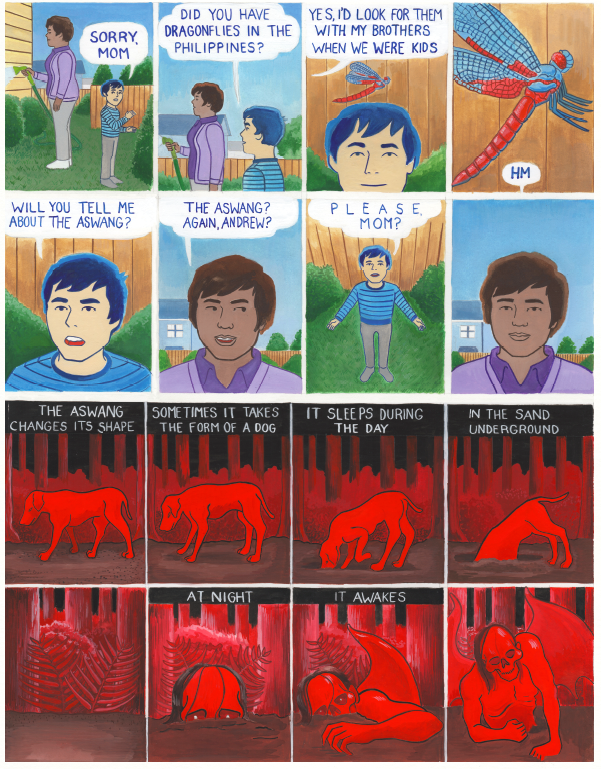 If that’s not enough to get you excited, or at least intrigued, then I don’t know what more it could take to do the trick, but assuming that it has, I’ll go a step further by reassuring you that the leap of faith you’re no doubt taking with this comic (unless you’re familiar with Lorenzi’s work going in, which likely puts you in pretty select company) is richly rewarded immediately, as the singular nature of this project  announces itself right from the outset and sustains itself through a staggering, yet amazingly fluid, series of tonal and artistic changes, each standing well enough on its own but really taking on a kind of subtle yet no-less-staggering-for-that-fact power when considered in succession and, finally, together. Absolutely the whole is greater than the sum of its parts here, but those parts all stand as superb achievements in and of themselves, as well. 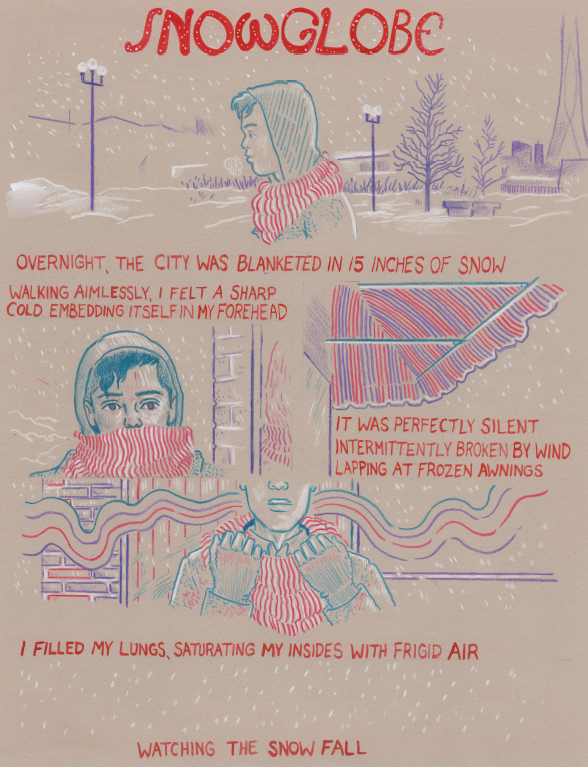 If forced to answer the question of “what’s it about, then?,” I think the best answer is “life” — but not life as it’s lived so much as it’s perceived and interpreted. Its details, sure, but more than that its rhythms and patterns. Its consequential moments, no doubt, but mainly those whose import isn’t discerned until later. On the one hand, yeah, everything Lorenzi’s doing here can be appreciated and understood on the surface without difficulty, but as soon as you peer beneath that surface — when you take into consideration the construction of the book itself and the bold-but-poignant artistic choices that give its not just its look but its character — then you realize that what you’ve got on your hands here is, no kidding, something with the depth and complexity of a Tolstoy novel, but told with the subtlety of, say, early-period Jim Jarmusch or John Sayles.

Oh, geez, I’m really hyping this thing, aren’t I? But I stand by every word. 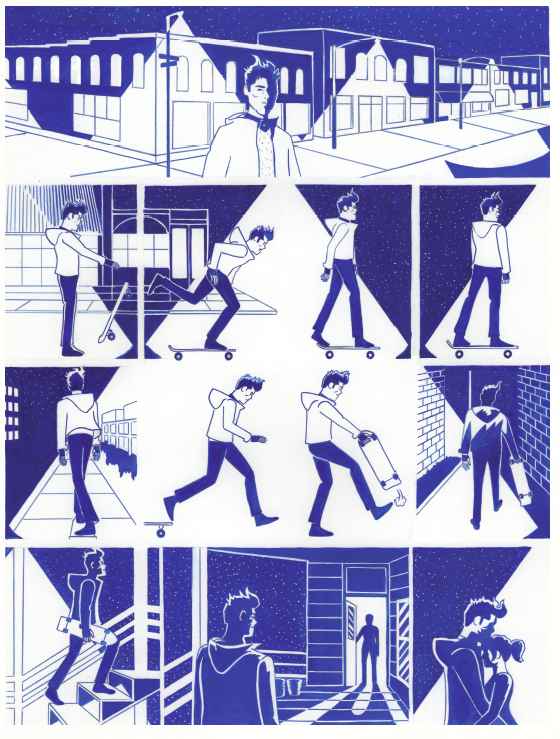 Simply put, comics don’t come much more accomplished than this — nor does art in general. Where Lorenzi goes from here is anyone’s guess, but I’ll be following without hesitation. Until that next project — whatever it may be — sees the light of day, though, I feel confident in saying that I’ll be spending a lot more time with this one in the interregnum, and that I’ll be discovering new things that add to my appreciation of it with each subsequent reading.