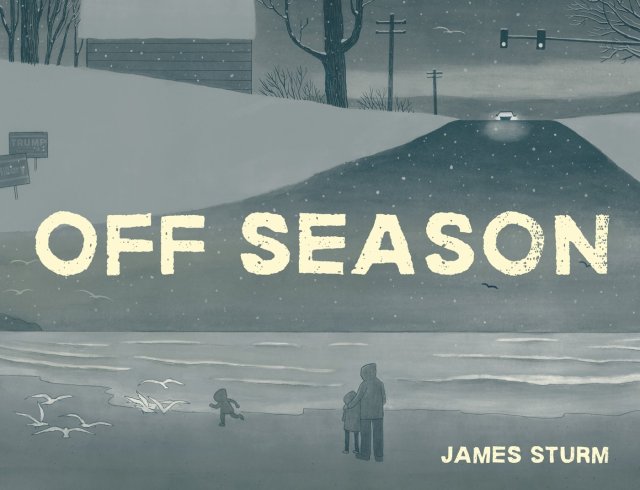 James Sturm is an important cartoonist. Why, just ask around — everybody says so. He founded CCS. He gives TED Talks. His work is parsed over in minute detail in the pages of academic journals. Those rare occasions when he releases new material are heralded as “major” publishing “events.” What he has to say matters, you plebian rube.

Except when it doesn’t. Welcome to Off Season.

Please understand I’m not taking a deliberate “too cool for school” pose here — I’ve enjoyed some of Sturm’s previous stuff, but that was long before he started getting high off the ink of his own press clippings. I still maintain that The Cereal Killings was his finest hour (even if he did crib the ending from Alan Moore, it was an ending that Moore himself had cribbed from Robert Mayer, so — karma and shit, right?), but some of his explorations of historical Americana were interesting, even if they became increasingly convinced of their own importance as time went on. Still, whatever transgressions he committed against history are as nothing compared to the genuinely blinkered and offensive assessment he offers of the present day.

Sturm, you see, has decided that if there’s one group of folks whose plight warrants further examination in the age of Trump, it’s — the straight white male. Let’s give this guy a round of applause for his bravery, shall we? 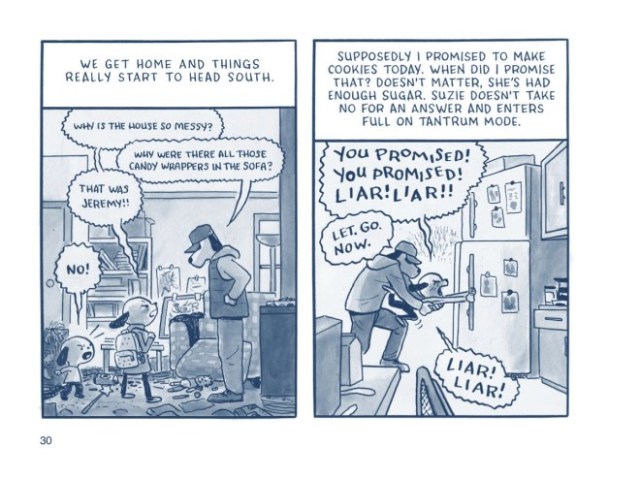 Okay, yeah, technically speaking the book’s protagonist, Mark, is an anthropomorphic dog, but it’s no secret who, in the general sense, he’s standing in for — those “overlooked” Americans referred to first by Nixon, later by his syphilitic orange-stained successor, as “The Silent Majority.” Sturm’s first order or business is to validate the delusional myth that these guys are set upon from all sides: Mark’s marriage is on the rocks; his kids are ungrateful little shits; his contractor boss is a scheming fuck who stiffs him for work performed; his brother high-tailed it west, leaving him to care for his ailing parents by himself; you name the life circumstance, Mark’s on the receiving end.

Which is, of course, not generally how life really works, no matter how lousy your luck, but certainly reflects the perception of “white male victimhood” that the likes of Jordan Peterson have ridden to a pretty fat payday. Already, then, you can see this is as mythologized as any New York Times “Meet The Middle-American Trump Supporters” 10-page Sunday Supplement puff piece — and, frankly, it’s just as nauseating-bordering-on-dangerous. 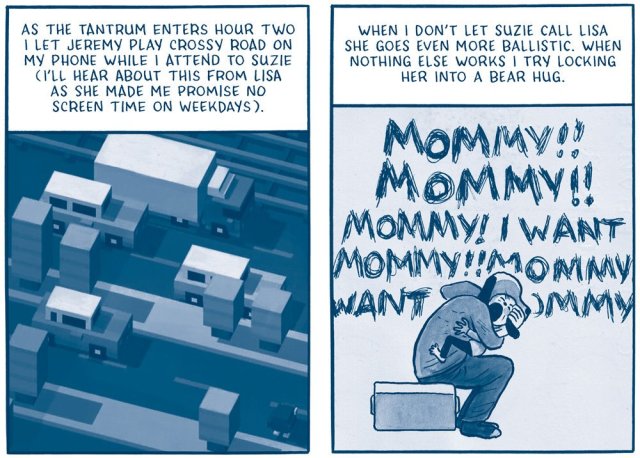 Not that Mark is explicitly shown to be part of the “MAGA crowd,” but given that the book (which, before being collected in its present hardcover form by Drawn+Quarterly was serialized on — shock of all shocks — Slate) is set smack-dab during the 2016 election, the “appeal” of Trump to a guy (sorry, dog) in his shoes hangs, Sword of Damocles-like, over the entire proceedings. But it’s clearly supposed to be more of a siren call, and therein lies the problem:

Mark, as a character, checks every box on the list, sure, but Sturm one-ups it by making him a kind of “living martyr:” those marriage problems? All the fault of his neurotic wife, Lisa, who we come to find even (gasp!) cheated on him early on. The vandalism he does to his job site? Never woulda happened if the boss just paid him. Mark’s doing everything right — why, he even agrees to therapy if it’ll help save his marriage. What a guy, right? The provider. The rock. The tragic hero. All he wants is a fair shot.

If this sounds a little bit (okay, a lot bit) too convenient, that’s because it is — when Trump won, the so-called “Eastern Establishment” (including its small coterie of “approved” cartoonists) took it upon themselves to find out just who these exotic creatures who fell for an obvious con artist were, and why they did so. As they do, however, they filtered it through their own lens and caricaturized them as “salt of the Earth” types, nervous about being “left behind by a changing world,” wondering what happened to their “place at the top of the socio-economic food chain.” Oh, and Mark, like a lot of these “central casting” Trumpians, is also shown to have been a Bernie Sanders supporter early on.

Any of your Bernie friends switch their allegiance to Trump in the general election? Yeah, none of mine did, either. And most of the Trump voters I know personally are well-to-do, entitled suburbanites, which many a post-election analysis of the numbers has shown to be his single-biggest base of support — but Sturm’s not one to let pesky details get in the way of his paean to the plight of the white male.

Again, though, I should take pains to emphasize that Mark never fesses up to being a “Trumper” — and that’s part and parcel of Sturm’s dogged (sorry) determination to elevate this boring, oblivious, self-pitying sack of shit to sainthood : here’s a guy who Trump is literally tailor-made to appeal to, and maybe — just  maybe — he’s too good a guy to fall for it. But maybe he’s not. Either way, he comes off smelling like a rose, because Sturm wants you to congratulate him for resisting and excuse him for succumbing both. This is gutlessness disguised as “deliberate ambiguousness” for those who can’t take the straight medicine.

And, of course, it’s one long apology for everyone who did vote for Trump. A plea for understanding. A hand-washing of their own responsibility for the mess we find ourselves in with Sturm in the role of Pontius Pilate.

Never mind the immigrant kids ripped from the arms of their mothers and put in concentration camps. Never mind the women whose reproductive health choices are now under direct threat from the rapist pig Trump stuck on the Supreme Court. Never mind the trans service members now at risk of discharge against their will from the military. Never mind Muslims targeted for exclusion from the country via travel bans. The real victims of Trump and the virulent strain of openly-expressed toxic masculinity that his elevation has “normalized” are — the white guys who voted for him? Hey, where I heard that same line of bullshit recently? Oh yeah: 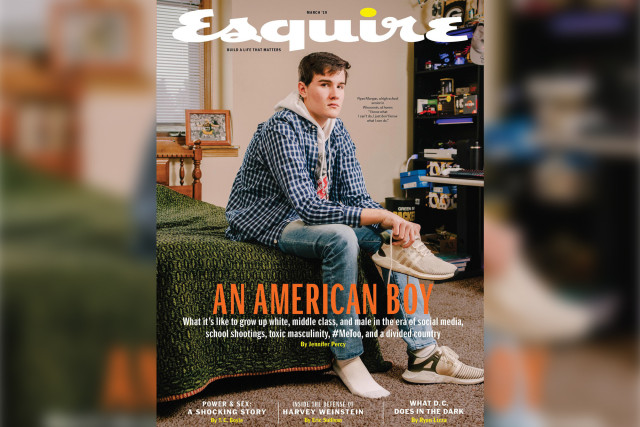 I guess I haven’t addressed the art, and before I finish I should : it’s fine, if uninspired. I liked the “cool blue-green” color palette, and Sturm’s figure work is solid, as is his intuitive understanding of the various “hows” and “whys” of “funny animal” visual tropes — but as far as understanding the reality of the so-called “cultural moment” he’s so earnestly attempting to communicate here goes? He misses that entirely and, as a result, proves himself to be precisely the sort of lame, clueless mediocrity he’s desperate to lionize. Fuck that,and fuck this book.