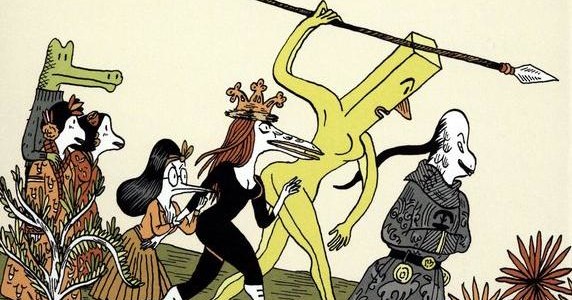 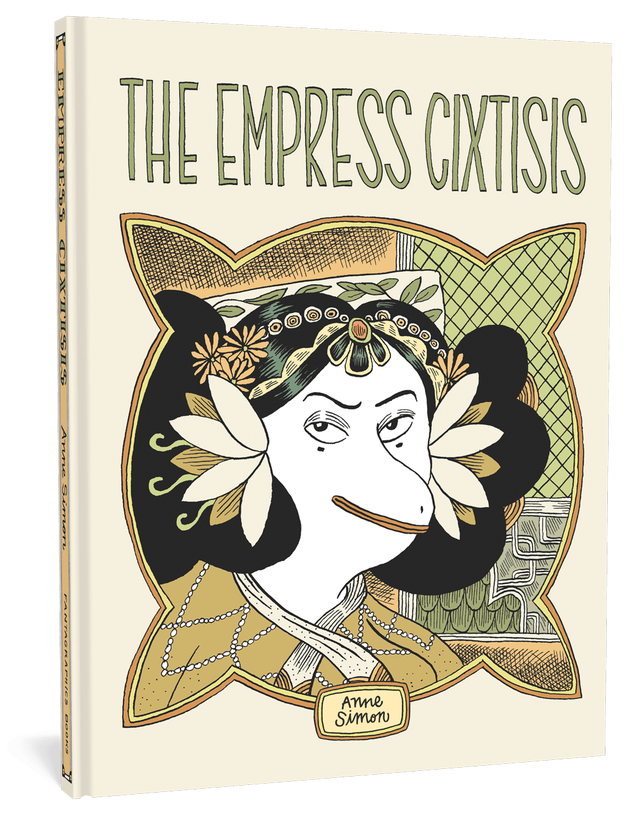 Ostensibly a sequel to her earlier, and justly well-received, The Song Of Aglaia, French cartoonist Anne Simon’s newly-released-in-English (and in color!) The Empress Cixtisis (originally published in 2014 under the title Cixtite Imperatrice) is something rather more than that, in actuality — I mean, yeah, Aglaia’s back and all, but she’s just one of a pair of dueling pro/antagonists, the other being our titular Empress, who is herself a barely-concealed (to say nothing of bitingly sardonic) stand-in for the “real life” Empress Dowager Cixi of China, who effectively ruled that country for nearly fifty years. We’ve got an ambitious and multi-faceted text going on here, then, but here’s the thing with Simon — no matter how conceptually and theoretical dense her work may be, it’s never anything less than a pure joy to read.

In fact, my one and only complaint about The Empress Cixtisis is that, at just eighty pages (eighty pristinely-presented pages between two hard covers courtesy of Fantagraphics, to be specific), it’s far too short, so utterly absorbing is the sharp, fully-realized feminist parable that plays out within it. But here’s one other really impressive thing the book has going in its favor: Men, against all odds, matter to these proceedings, as well. 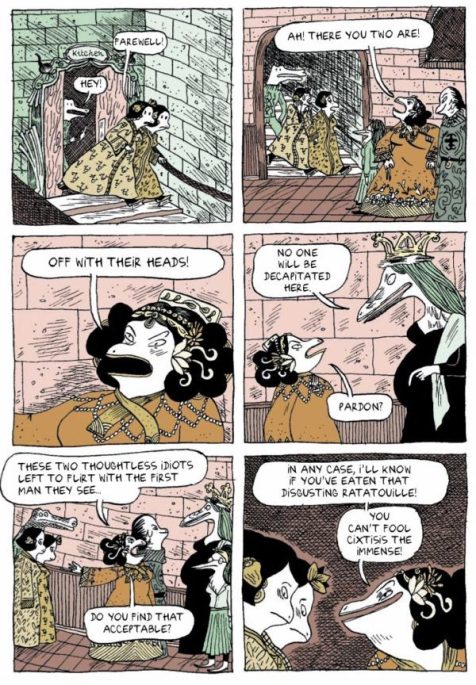 Not that they’ve ever been of a tremendous amount of use to Aglaia herself, of course, a fact that those who’ve been fortunate enough to read her earlier exploits are well familiar with. But when the forces of Cixtisis’ neighboring nation of Chinchinia abscond with all of the men under Aglaia’s rule with an eye toward castrating and enslaving them, it’s a bridge too far even for our complex, troubled, but never less than bizarrely charming and funny “heroine,” who’s forced to examine her own relationship with the unfairer sex in light of this bold transgression.

Certainly Simon’s art is given a chance to really shine accentuated with a sympathetic, wisely understated color palette, which I’m pleased to report does nothing to diminish the power of her intricate cross-hatching and wonderfully inventive character designs. This is accomplished and smart illustration that plays to the strengths inherent in Simon’s script while fully drawing readers/viewers into the world it presents. Look — when you can’t envision a comic looking any other way than it does, then that’s cartooning at its finest, and I defy anyone to label Simon’s work as anything less than that. 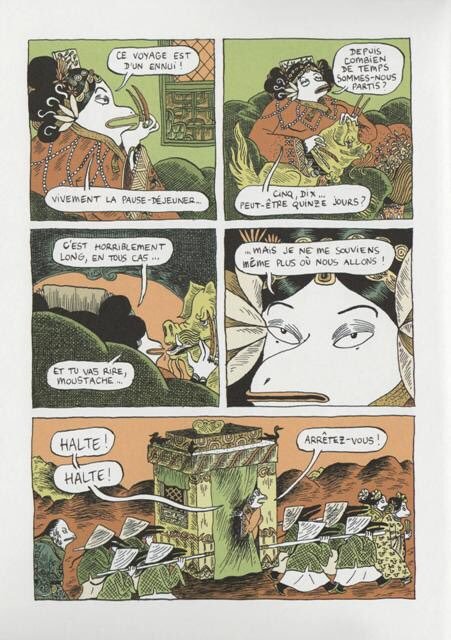 And while it probably goes without saying that the standard male way of waging war is deftly cast aside here in favor of a battle of wits, who are we kidding? Upending norms as a matter of course is always part and parcel of the Simon approach to storytelling — but please don’t take that to mean you’ll know what’s coming next here, because it’s a pretty safe bet that you’ll find a surprise around just about every corner. There’s a gleefully fiendish cleverness underpinning each page from first to last in this book, and even though that could easily and understandably denigrate into a kind of resigned cynicism in the hands of a lesser talent, with Simon behind the wheel, we have absolutely nothing to worry about. 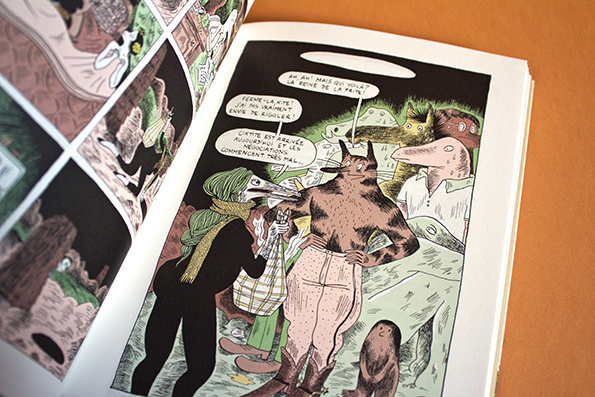 For my own part, all I can say is that I hope the saga of Aglaia and her queendom is far from finished. The Empress Cixtisis is one of those books that you not only don’t want to end, you dread the fact that it even has to do so well before it’s over.