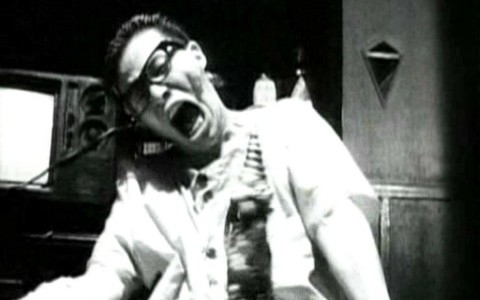 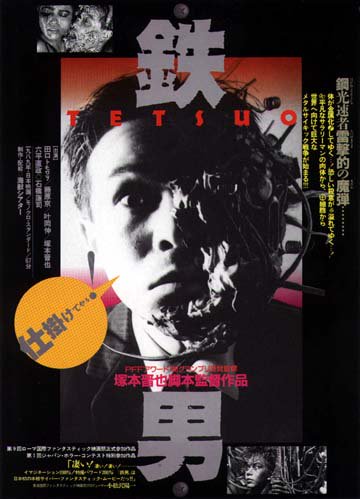 If I can give a piece of free advice, please don’t start drinking heavily, smoke anything, or ingest any Psilocybin mushrooms. Because if you are planning to watch TETSUO: THE IRON MAN, you will thank me. This strange Japanese specimen of cyberpunk is what happens in a cinematic bukkake of Cronenberg and Lynch, coughed up into William Gibson’s Beijing. Suffice to say, this is one black and white ride that demands all your faculties and if your train of thought wanders off, consider your enjoyment of this piece derailed. And given the interesting film this is, it really does deserve your undivided attention (okay you can have breaks to make out, but it’s not like watching TRON: LEGACY, which is license to make out). 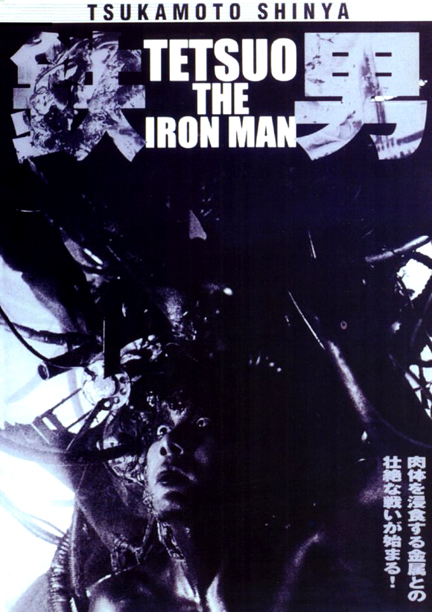 The movie has the kind of dramatic, nonsensical opening that goes over like a fart in church in Hollywood, but is such a grand device: A metal fetishist is inserting a rod into his leg through a large gash. Later he sees maggots in the wound, and has an episode and runs into the road and gets smoked like a Thanksgiving turkey by a car. Rather than alerting the authorities the businessman gives the body an unmarked burial in a ditch and hurries home. His problems begin when he is haunted by metal appearing in his body. First, it is bits of metal ruining his razor while shaving, escalating to metal rod rape. At the apex, both the metal fetishist and the businessman merge and, after a series of stylized sex/rape/fantasy sequences (some of which I feel are the slickest of the cyberpunk genre), they decide to convert the world into metal – sort of like more destructive Mormons. 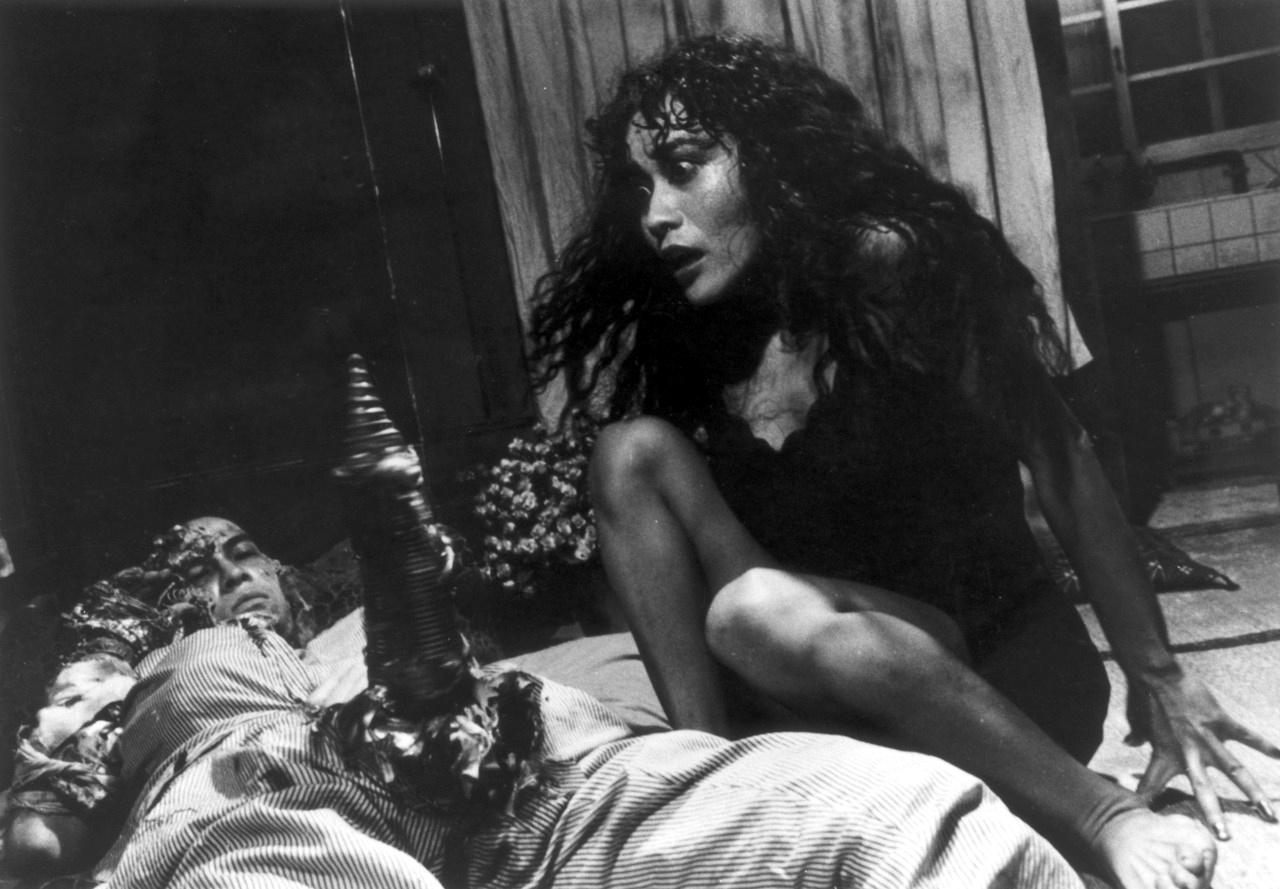 I was eating while watching this (not recommended) but some of the fantasy sequences were so incredible I just sat there, with the food sitting quietly undigested in my mouth while these moments passed. I’ve been so used to the North American take on Cyberpunk (JOHNNY MNEMONIC, THE MATRIX, HACKERS, for god’s sake) that this was a slap in the face which left me decidedly wanting more. Luckily, there IS more: TETSUO: BODY HAMMER (1992) and TETSUO: THE BULLET MAN (2009) followed, and while I’ve yet to see them, I’m keen. I’ve been bit by the strange black and white world of hot metal and motor oil and want to see how far Tsukamoto takes us into our own circuitry. 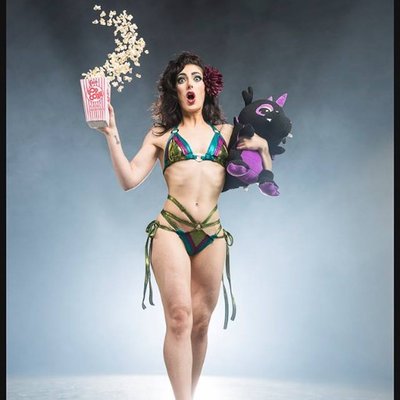