In 2003, two of the world’s most vicious bullies crossed irons in a movie fans had been wanting for almost two decades. “Bullies” because, apart from the obvious, they were named after their creators’ childhood tormentors. Bullied we weren’t, because FREDDY VS. JASON was the rare movie that drew only the people who wanted to see it. You weren’t gonna find your uptight neighbor or relative casually looking at the listings and picking that thing with the snarling, scarred, metal-gloved child killer and the malformed, murderous machete-wielding mama’s boy hacking each other to bits. Would’ve been fun to see if they made it to the bed scene, though.

This won’t be a massive history lesson on how FREDDY VS. JASON was made. Plenty of articles  have done that and talked about its many false starts. One of them even lurks on this site, by way of J. Tonzelli’s review of Dustin McNeill’s book, Slash of the Titans. What’s there to ramble about, then? Tons, but I’m choosing a topic that is the only reason the movie exists: us. Not in the lip-service, cheap-pop way that you expect during comic con panels. Neither in the… “Give me liberty or give me death!” way, because we’re entitled to nothing. This is a story about us, and how once in a while, the gatekeepers give the kids their candy. 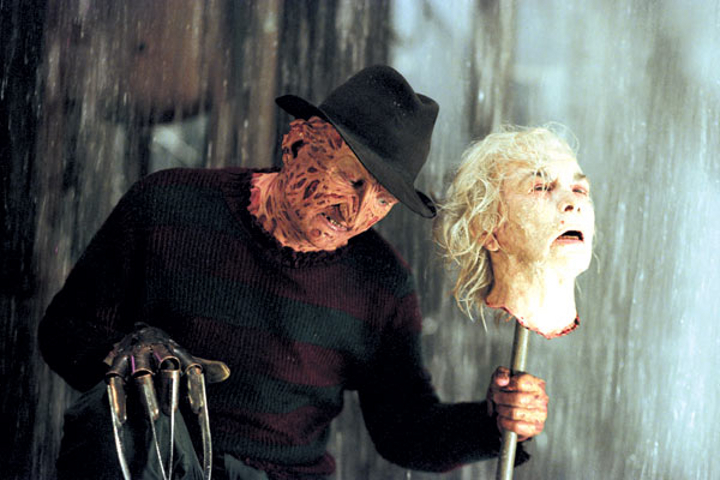 If you think about it, New Line shouldn’t have put as much effort as they did into getting FREDDY VS. JASON right. We horror fans are easy marks and will watch pretty much anything with our favorite monsters. Why else would we show up first day for sequels we know won’t be as good as the original? Or in more than a few cases, as good as the movie two sequels ago? And like Bruce Campbell said about revisiting BUBBA HO-TEP: not everything needs a sequel. We will stick with a series ’til it’s shit, complain that it’s shit, complain when it ends, and marathon our way through it when it restarts and hope it’s at least not as shit as the last one. New Line wasn’t always noble, either. Paige Turco is great in The 100 but she’s nothing like Judith Hoag, yet the studio thought one was a good replacement for the other as April O’Neil in their NINJA TURTLES sequels. Look up those LORD OF THE RINGS lawsuits, too. So why the fierce attempt to get Horror’s Greatest Beat-Down right?

New Line Cinema was the House That Freddy Built.

Once the debt was acknowledged, it had to be paid. Fans had been wanting to see Freddy and Jason punch each other in the mush since Robert Englund’s first convention signing. “Do you think that Freddy could beat Jason?” It’s a question a lot of fans asked each other whose answers get more elaborate as the night goes on. See also: Batman and Superman (but not BATMAN V SUPERMAN), Elizabeth Bathory and Lizzie Borden, Connor MacLeod and Duncan MacLeod, Buffy Summers and Seven of Nine, Michael Jackson and Prince, and so on. Fans love a good fight when it makes sense, which is why it took so long for the debt to be repaid. I’m sure New Line didn’t want the same shenanigans called after King Kong beat Godzilla. I mean, Godzilla has absurdly tough scales, atomic breath, and is amphibious, so how the FUCK — Those shenanigans came from trying to please two studios, which wasn’t a problem once Freddy and Jason lived in the same House. Then it was just a matter of finding a good reason for them to fight, and a great reason for the fight to end. Which took time. A lot of time. 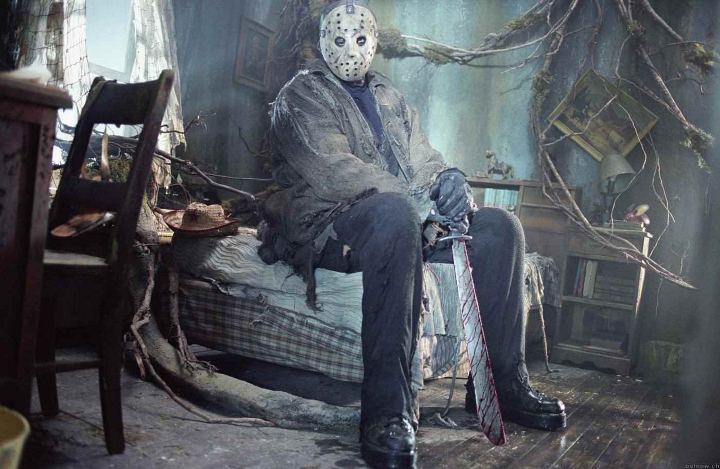 One of the reasons why FREDDY VS. JASON got a big push to get made was also the reason why Kane Hodder wasn’t in it: a fan was in charge. Since he was a kid, Jeff Katz wanted to see the claw take on the machete. He even wrote letters with drawings to the head of New Line, Robert Shaye. Katz made it a goal to get that movie made, and he eventually became an exec to get momentum going in a big way. He also wasn’t a fan of Kane Hodder’s Jason (I believe he preferred Richard Brooker’s in PART III). When Ronny Yu was hired, Katz made his point clear, and Hodder wasn’t brought back. Fans are the best and worst, sometimes. Gatekeepers are pretty bad, too. We could’ve had a HALLOWEEN VS. HELLRAISER kinda party, with Clive Barker writing and John Carpenter directing. Or an ALIEN kinda party, with James Cameron writing and Ridley Scott directing. The powers-that-be ended up being cranky neighbors who call the cops before things got started.

Unless it has Meryl Streep and Dustin Hoffman, a movie with “vs.” in the title is gonna be pure popcorn and should be enjoyed as such. Check your brain at the door and enjoy the splatter patterns. Unless King Kong beats Godzilla. Then cry havoc and let slip the dogs of war, because that’s fucking bull– FREDDY VS. JASON was many things to many fans, but a thing we should be able to agree on is that it’s a swan song for 80s horror (Ash vs. Evil Dead was an encore). New Line was expecting it to be a one-off, so they went all-out for this rare moment when fandom and commerce danced with the devil in the pale moonlight. With how intense and loving the dance was, you’d have thought it was the lambada. Freddy and Jason had an official weigh-in like boxers do, with Michael “Let’s Get Ready to Rumble” Buffer as the mic commander and Robert Englund having the time of his life. The world premiere wasn’t in Hollywood or some gilded event where most were only there to remind producers they’re alive or to meet their dealer. It was at a summer camp called Camp Hackinslash. The fight that fans had been waiting almost twenty years for wasn’t quick or watered-down. It was a long, brutal, bloody brawl between two pissed-off, homicidal maniacs who couldn’t die. The winner wasn’t Freddy or Jason. 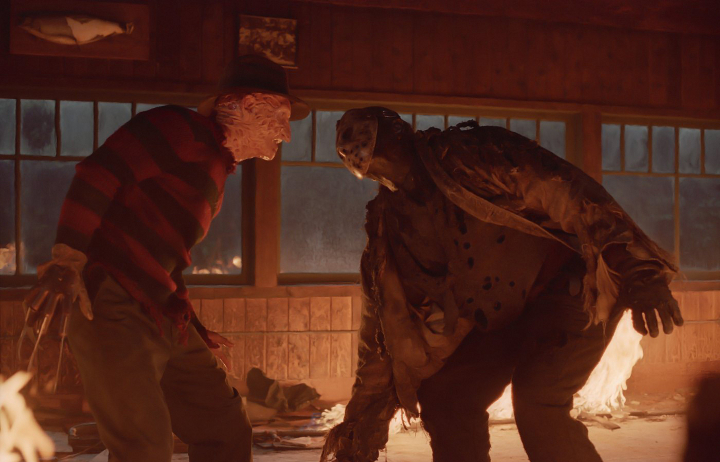 Rathan's dad took him to see ALIEN³ when he was six. He hasn't been right since.