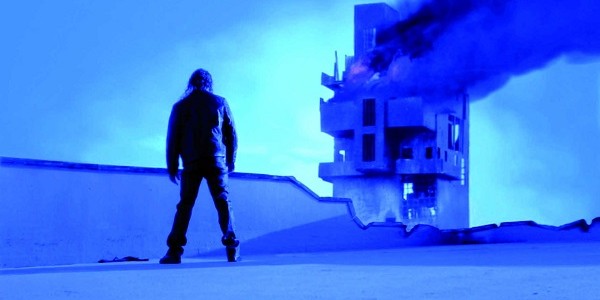 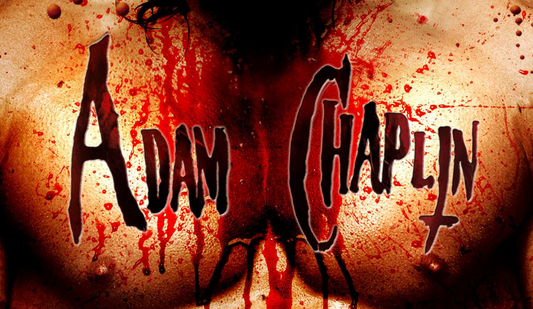 As much as I like to place myself above it, I’m still awfully enamored with cinematic violence. I don’t know why, really. Perhaps I just spent too much time as a teenager tracking down those unrated, uncut versions of films just so I could enjoy 20 more seconds of slit throats or decapitations. Maybe there’s an element of the forbidden to it, that completely ignores the fact that even the most “dangerous” film is now readily available from just a few clicks of a mouse. Maybe I just like to see insides pulled outside. 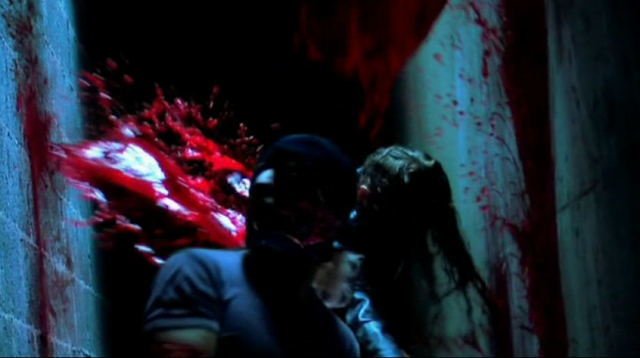 Whatever it is, I’ll still find myself pulled toward the promise of grue and guts and gore – even if the pleasures tend to be meager and short-lived. Which brings us to the engagingly violent ADAM CHAPLIN from first-time director (and Glenn Danzig doppleganger) Emanuele De Santi. This Italy-lensed comic book bloodfest takes equal parts FIST OF THE NORTH STAR and THE STORY OF RICKY – along with generous dollops of the American comic series “The Darkness” – to create an often stunning exercise in style over substance. The candy-colored gore coats the screen, with most of it coming from the educated fists of De Santi himself, who doles out punishment to a comically extreme degree. 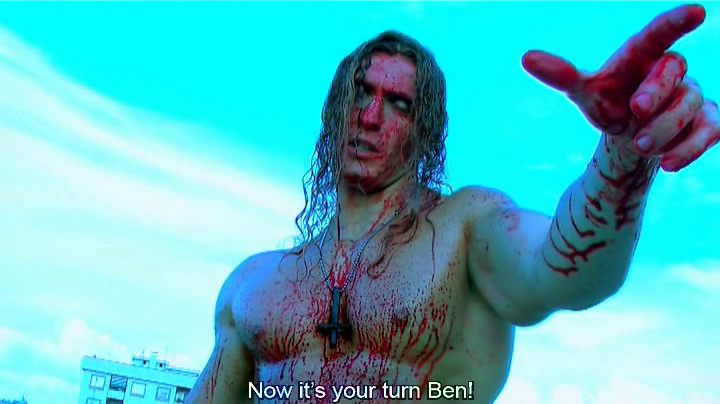 In fact, every part of ADAM CHAPLIN is marked by glorious excess. Its blue and red vein-like color scheme coats the post-apocalyptic landscapes of Heaven City, a locale seemingly inhabited entirely by mutants. The barren landscapes are achieved through a combination of real locations and computer assisted trickery, and it’s quite effective at creating a lived in world, aided by De Santi’s willingness to hyperstylize anything he can get his mitts on. And this was obviously a labor of love and/or ego for De Santi, who directs, writes, acts, produces, does the music and cinematography for the project. To his credit, he shows talent in all of these areas except for writing.

Yeah, the writing kind of stinks. Part of it is likely the result of some poor translation, but there are problems inherent in the story that are just as likely the result of mashing up these elements that don’t necessarily fit perfectly together. Characters are introduced only to be dispatched (messily) moments later, and ultimately the whole thing feels like the last chapter of a lengthy comic series rather than a complete start-to-finish experience. That said, when you’re embracing more-is-more, you might as well go all the way and while you may be left confused, it’s unlikely you’ll ever be bored. 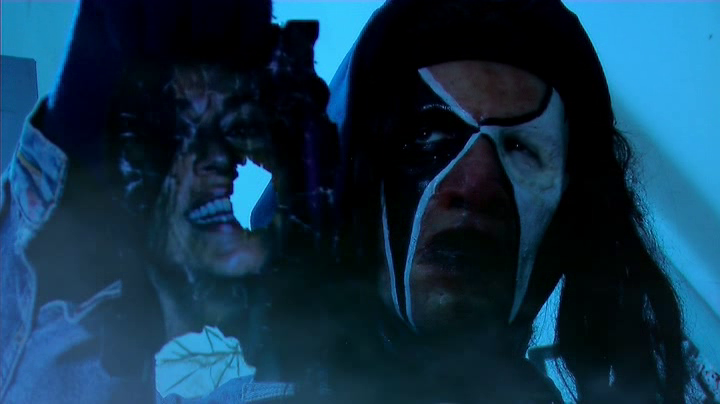 With all dialogue apparently post-dubbed – and a surprising number of characters brought to life under piles of makeup — it’s a little hard to judge the quality of acting here. De Santi certainly looks the part of the tortured muscleman, and his interactions with the demon who has granted him his power (who, uh lives in his back) bring some much needed lightness to what is an often overwhelmingly dark story. While the dialogue has issues, and the supernatural elements are batshit crazy, De Santi smartly keeps the mechanics of the plot very simple. Adam’s girlfriend was murdered by a twisted mafia boss, and he’s bonded with a demon to get his revenge. Not a bad skeleton to build on.

But it’s the special effects that are going to bring most people to ADAM CHAPLIN, and they do not disappoint. Bodies are torn to pieces, rivers of blood flow, and organs are ripped from bodies. The mixture of physical and computer effects might turn off some viewers, but the sheer amount they were able to do on what must have been a minimal budget is absolutely staggering. While often overwhelming, it’s thankfully tempered by the other stylistic excesses. You won’t mistake the violence in this for reality, and that’s half the fun. 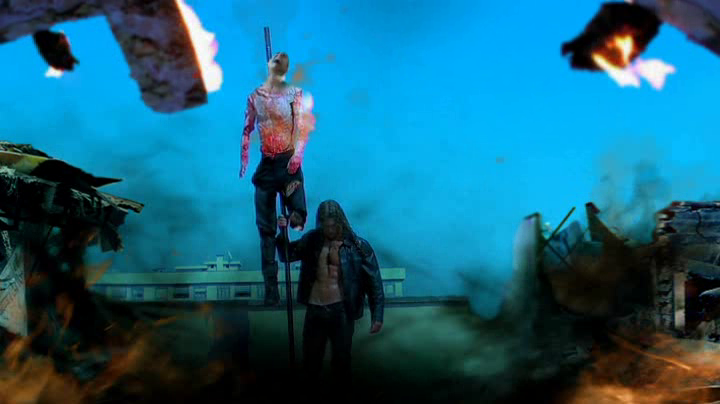 A massively violent, nigh-incoherent spectacle of the highest order, ADAM CHAPLIN may be the next step in showing just what can be capable on a micro-budget. While it’s unlikely that Emanuele De Santi will be able to continue having his productions be a one-man-show, he certainly proves that he has the talent to attain more international recognition. If you’re the kind of viewer who still finds themselves enamored with gore, then pick it up and have a blast.

LOW-BUDGET VIOLENCE OF THE HIGHEST – AND MOST CREATIVE – ORDER. 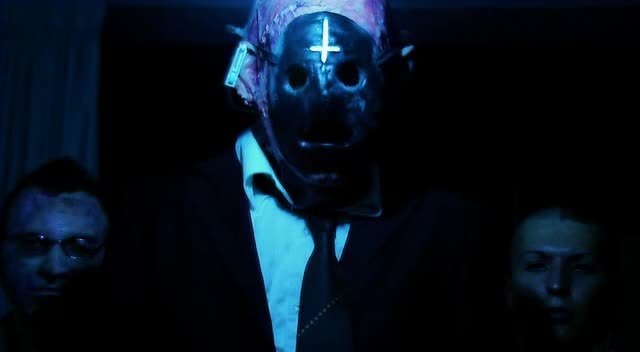