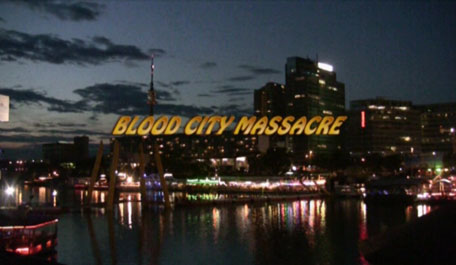 The popularity of ultra low and no-budget film-making hasn’t just exploded in English-speaking countries over the last decade or so. The affordability and comparative ease of use of digital video has changed the way people make films all over the globe, and that’s particularly true when it comes to genre entertainment. It’s wonderful to think that the influence of classic horror and cult film-makers are having a global impact on low-budget cinema, where even a director as simultaneously adored and reviled as Ed Wood can continue to inspire young directors.

One of those young directors is Austria’s Robert Tarantino, who in just a few short years has participated in creating a catalogue of films celebrating American exploitation films, but filmed entirely in Austria. With a mixture of English-speaking Austrians and others simply reciting the lines phonetically, Tarantino’s films have an odd, otherworldly tone that are entirely their own; even when referencing and aping horror and exploitation conventions. While these films are rough around the edges – BLOOD CITY MASSACRE has some definite technical limitations – they have a threadbare charm all their own. 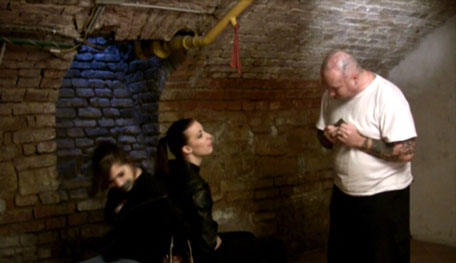 BLOOD CITY MASSACRE has the skeletal structure of a slasher film. An escaped maniac named Peter Crady (played by professional wrestler Humungus) is out for revenge on the people who imprisoned him in a psychiatric hospital. Pursued by Detective Johnson (Tarantino) and Agent Caroline Stone (Marie-Therese Lind), “Mad Dog” Crady goes on a strangling spree before luring the officers to his childhood home. The victims pile up as the media focus their lens on the failed attempts at catching the killer.

Yep. That’s all as you would expect. A mad killer. Dead teenagers. A desperate pursuit. There isn’t really much actual stalking – Crady simply appears wherever he needs to be – and the kills themselves are almost exclusively of the strangulation variety, but I’m still giving the film a mild recommendation. What makes BLOOD CITY MASSACRE a sporadically entertaining watch is the unique sense of humor, combined with the sheer novelty of watching obviously Austrian actors aping American exploitation tropes. The characters are all purposely ridiculous, with Tarantino’s Detective Johnson an incompetent bumbler who can’t even shoot a target immediately in front of himself. Stone is more sensible, but still runs directly into the path of the hulking Peter Crady on more than one occasion, and supporting characters are all idiotic – particularly the controversy-hungry reporter who tries to paint “Mad Dog” as the victim. 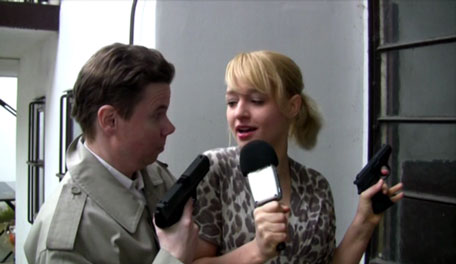 Unfortunately, these infrequent comical moments are occasionally betrayed by the truly weak production values. The photography is flat, and the editing is choppy. Worst of all is the bizarre musical score, which sounds like it was composed on a cheap synthesizer. Sound recording is ok, but the occasionally strong accents make some dialogue difficult to make out. That’s a shame, as while the writing is a bit inconsistent, it’s also the film’s best feature thanks to some strange pop culture references (The Byrds? Lady Gaga?) and some inspired verbal gags.

The performances are as inconsistent as the production values, but thankfully the leads are either surprisingly strong (Marie-Therese Lind), endearingly silly (Tarantino) or completely off-the-wall (Humungus). The interactions between Agent Stone and Detective Johnson are particularly amusing, with the pair sniping at each other while attempting to flirt with Crady’s extended family. Once Humungus is on the scene, though, he’s the main attraction. Gesticulating wildly and bugging his eyes out, the wrestler really brings it. 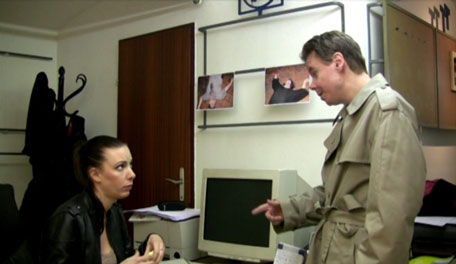 Running only 57 minutes in its complete form, BLOOD CITY MASSACRE doesn’t really provide much blood, and the massacre is really its least interesting aspect, but it does provide some solid laughs and a handful of inspired moments. While the novelty of an Austrian no-budget horror/comedy isn’t quite enough to propel the film through some slow moments, with slightly more polished production values and a bit more time spent on the script, this had the potential to be something truly special. Here’s hoping we see more from Robert Tarantino, as it seems like he’s just getting started.